what is hawks backstory
posted by MHA_DABI14
Hawks isn't a child born out of love. He was only conceived because his mother sheltered his father, a wanted murderer. Because of that, he's been locked inside their home as his father fears that Keigo will rat him out to the the authorities. Keigo then grows up without love or companionship.It is proclaimed that he trained endlessly to maximize the techniques in which he uses his wings, refining his rescue, support, and combat abilities. Hawks being abused by his father.There is a lot os thing we did not know about hawks. 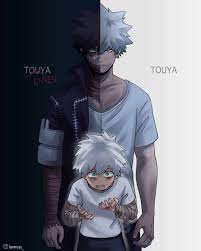 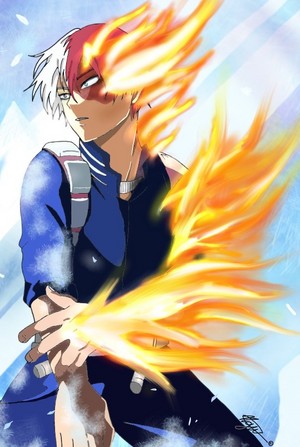 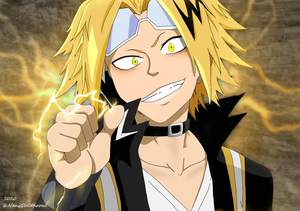 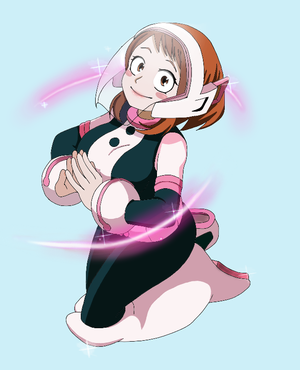 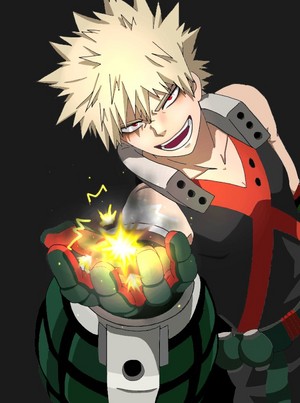 Katsuki Bakugou
added by Xennoxxx
Source: Xennoxxx
WHAT is all for one quirk
posted by MHA_DABI14
All For One allows the user to steal the Quirks of other people and wield those stolen powers as their own. It also allows the user to redistribute stolen Quirks to someone else. The process of giving and taking away Quirks is done through touch, through a hole in the palm of the user's hand, once it receives contact.And whay was is real quirk?All For One's Quirk allows him to steal other people's Quirks, leaving them Quirkless, and wield the Quirks as his own.did he steal a kid with fire breathingquirk and use it when he was In UA, when he was dateing inko that make so much better now. 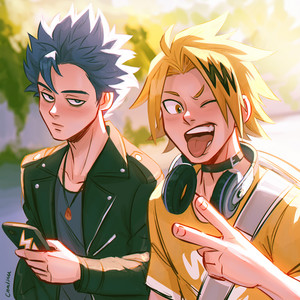 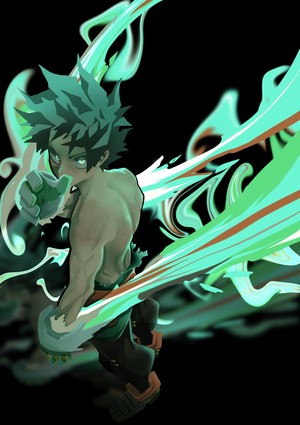 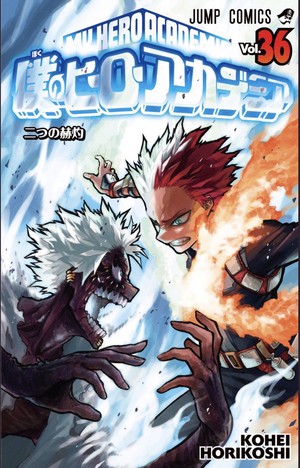 BNHA Volume 36
added by black-swan
where did shoto get his scar and how dose he like like??
posted by MHA_DABI14
For those who do not know, Shoto got his scar in a rather gnarly way. The boy was splashed with scalding water from a kettle after Shoto walked in on his mom having a mental breakdownAt what age did Todoroki get his scar?
At What Age Did Todoroki Get His Scar? Todoroki got his scar around age 5. Kindergarten age is the average time someone starts to show signs of quirk development, and his father Endeavor encouraged training to begin as soon as possible.Who burned Shoto's face?
It was revealed that his mother threw a pot of boiling water at his face. This is how Shoto ended up with his burn scar in My Hero Academia. However, when Rei realized what had happened, she broke down into tears and used her Ice Quirk to heal Shoto.Who is Todoroki's crush?
Shoto Todoroki, a boy who's loved by many. A boy who has almost every fangirl of his, wrapped around his finger, is in love with his best friend. Izuku Midoriya. Realizing his feelings, he becomes more attached to Izuku.
why is mineta so hated
posted by MHA_DABI14
Mineta was disturbingly immature and perverted. His attraction toward girls showed in a way no one could agree with. Over the years Mineta expressed his interest in both Momo and Tsuyu in a creepy manner. Some Fans didn't enjoy his tasteless behavior and often wished for him to be written out of My Hero Academia.When you were scared and sweating buckets...” To many, it appeared that Mineta was confessing his love to Deku, making him the first canonically LGBTQ+ character in the series.When you were scared and sweating buckets...” To many, it appeared that Mineta was confessing his love to Deku, making him the first canonically LGBTQ+ character in the series.
Who is the actual UA traitor?
posted by MHA_DABI14
In Chapter 335 of the series, All For One alluded to the fact that he was going to activate a traitor within U.A. Academy, with the final page of the chapter seemingly implicating Toru Hagakure. However, by the time 336 rolls around, it's revealed that the traitor is none other than Yuga Aoyama,Was the UA traitor revealed?
Image result for who is the ua traitor
Academy traitor hiding within the school's walls. The previous chapters of the series have been one huge reveal after the other as it was confirmed that Yuga Aoyama was indeed the traitor (as many fans have guessed over the series' run...
continue reading...
why the LOV IS TO BE
posted by MHA_DABI14
MHA_DABI14: Becaues they all have a bad past in youger life in time like shiggy he killed his whole family becaues of his quirk,Touya Todoroki / Dabi was abused his dad,toga hound out her quirk by killing a bird and drinking its blood
and they all ame togeter and became the LOV they all had bad past. they are all brooken in the past and that why the LOV all i think they all need is hug and for he pro hero to treat them the same. and i hope for the best and shiggy you kepp comeing up with a pain to kill all might.

dabi
added by black-swan
Source: sharl0ck_
IS BAKUGO AND TOGA Siblings??
posted by MHA_DABI14
DABI_MHA14: I think a lot of people believe that Himiko Toga and Katsuki Bakugo are siblings, I think that they are they act so much a like that it is weird,they have the same hair color and look quite similar how dose not think that Bakugo,Toga are not they are not siblings like duh mybe toga change her name to himiko and not keep it as bakugo and she ran away from her and bakugo mom cuse they were abused by Mitsuki bakugo and toga did the same thing as dabi she faked her death and join the LOV to get out. 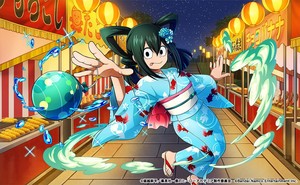