6
Without a Trace Part.1
posted by boneslover96
I've been planing this one for weeks, so please tell me if its good. Thanks!

Booths eyes flickered open. The cold hit him like a knife and made him shiver. When his eye site had cleared he looked at his surroundings. He was in a dense forest, at the base of a steep hill, and he was alone. That’s when he saw his car. It was dented and was tipped on its side. It all came back to him in an instant. ‘We were driving, and then something, or someone hit us, and.... We! Where are Bones and Parker!?’ Fear and shock ran through his body. He tried to stand, but the cold ate away at his strength. With a huge effort, he forced himself up and towards the car.
“Bones! Parker! Are you there?” he yelled, hoping what he thought had happened, hadn’t. But when he looked through the shattered windscreen, no one was there. Despair broke through him. ‘They can’t have gotten them, they can’t of.’ He told himself. ‘They’ve gone to get help.’ For a moment, he believed it. But as he thought of it more, he lost hope. And when he came across a coin with a skull lying on the floor of the car, his hope vanished entirely.
“They’re gone.”

Brennan was sitting at her desk doing nothing in particular. She was feeling bored and down for some reason and didn’t know why. The week had been all right so far. But instead of telling herself that feeling bad for nothing was not logical, she felt like letting herself suffer.
After about 10 minutes, she heard a young excited voice. She looked up to see Booth heading in her direction. Parker sat on his shoulders and was playing with a toy plane. He was firing continuous questions at his dad, who’s answer was always a yes.
When the got closer, Brennan could hear their words more clearly.
“And can we play ball?” said his excited voice.
“Yes.” Was Booths typical reply.
“And can I climb a tree?”
“Yes.”
“And can we catch tadpoles?”
“Yes, yes, and yes again.” Booth said lifting Parker off. “Now I believe you have homework.”
Parkers voice went dull, “Yes dad.” He went and sat in front of Brennans coffee table and pulled a piece of paper out of his Spider Man bag.
Booth turned towards Brennan.
“Hey.”
“Hi.” The plainness in her voice confused him.
“What’s wrong?”
“Nothing.”
“No really, what?”
“Nothing. I’m just bored.”
“Oh.” He thought for a second. “What are you doing for the week we get off?”
“Nothing. You?”
“I manage to convince Rebecca to let me borrow my own kid, so I’m taking Parker camping.”
“That’s good.”
“So, let’s finish this paper work.”
After an hour of filling out form after form and telling Parker the answers to questions, Brennan recalled the case Booth and her were working on.
A serial killer kidnapping, torturing and abusing, then murdering women for his own entertainment. But what sickened Brennan the most was that the man prized himself of doing this and left a coin with a skull on it to say it was his work. While at one of the crime scenes, she and Booth had discovered a vital clue leading to the killer’s identity. A finger print was found on one of the victims arms and a match is being looked for.
When they were done Brennan slumped back into her chair. Booth could only guess what was bothering her.
“Why don’t you hang out with Angela this week?”
“She’s going to visit her father.”
“Russ?”
“Busy.”
“Max?” he asked, running out of options.
“Doing one of his teaching things.”
Booth was now out of ideas. He knew Cam was busy, Sweets had boasted all week about his cruise with Daisy, and no one would be desperate enough to hang out with Zac and Hodgins.
His thoughts were interrupted by Parker tugging at his arm.
“I’m done.” He said with pleasure.
“So are we, grab your stuff then.”
Booth stood up to leave. Parker grabbed his bag and came up beside him tugging his arm.
“I’ll see you soon then.” He said to Brennan as he picked Parker up.
She smiled and nodded then went back to doing nothing. He started out of her office, feeling somewhat bad, when Parker said to him quietly,
“Is Bones coming with us?”
Booth turned and looked at his partner. Her hair was pulled into a lose pony tail. A flicker of excitement and happiness rushed through him. It was the feeling he always got when he was with her.
“I don’t know. I’ll ask.” He put Parker down and walked back to Brennan.
“Do you want to come with us?” he asked her.
Brennan studied him for a minute then said,
“Okay.” A smile came over her gloomy expression.
He smiled back, “We’ll pick you up at 7 then.” His eyes held hers until Brennan was forced to look away. Her stomach fluttered and she suddenly found it hard to breathe. When she looked back, he was still there, smiling at her. It took everything she had to keep it together.
“What?” she snapped in a friendly manor. Booth just laughed and walked away, Parker following closely. Brennan tried to figure out what Booth was thinking when he was staring at her, but with no success, she gave up and brushed off the matter.

It was early when Booth came. Parker was waiting in the car, and Booth came to help Brennan with her bags. He was surprised when he found she only had one.
“How did you fit your whole apartment in there?” he teased.
“I didn’t.”
“But you tried?” He continued. Brennan gave him a deadly look.
He grabbed her one bag. “I am capable of taking my bag, Booth.”
“I’m just being polite.” He said and started back to the car. Brennan was looking forward to being with Booth, even if she had to share him with Parker. After a few hours, they were long gone from the city and driving through a rainforest. Booth and Brennan were trying to find the right turn off, and Parker had his nose to the window, looking at the amazing height of the trees.
“I think we’ve come the wrong way.” Booth said.
“Well, the map says this is right.” Brennan assured him.
“How long has it been since you’ve actually used a map, Bones?”
“We used one the other day. I can read a map.” She defended herself.
Their argument was suddenly cut off by a hard jolt. Booth stamped on the breaks and the car came to a stop. “Parker! Are you okay?”
“Yes.” Came a quiet reply.
“Bones?” Booth looked at her.
She nodded. “What the hell was that?” she asked slowly.
It was completely dark outside and neither of them could see a thing. Then it was too late. A black 4WD with tinted windows sped at them from behind and rammed them again. This time, it knocked them completely off the road and rolling down the rocky hillside to the forest floor. The last thing Brennan heard was the sound of Parker screaming.
lovelife93, Kaydie and 4 others like this
deedeedot uuu what a drama:) go on please:)
boneslover96 ok. Thanks! 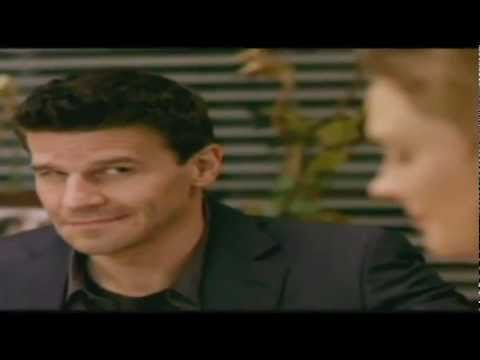 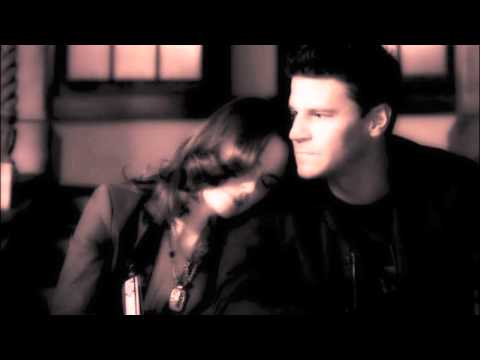 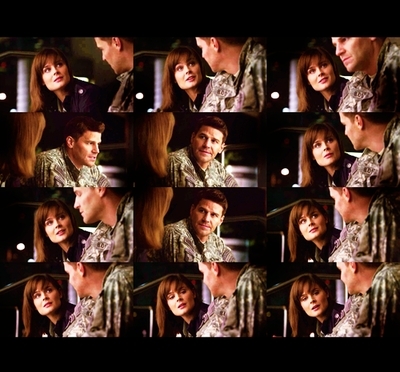 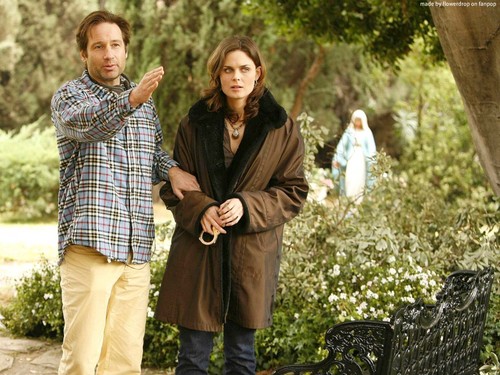 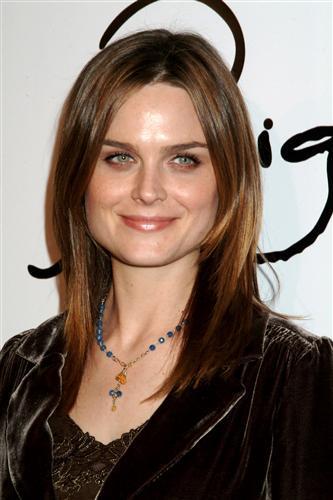 4
Emily
added by angiii7
7
Locked In Part 19
posted by amymeymy
“Where did you go?” Brennan asked Booth as they climbed into the lift. “You’re not normally this late.” She had been waiting for him in his office for a while. She hadn’t spoken to him since he left the lab.
“Oh, just taking care of some personal stuff.” Booth tried to keep his mind off of what was in his left pocket.
“Oh.” Brennan frowned.
“I’ll tell you, promise. Just not here.” Booth looked around suspiciously.
“Hey guys.” Sweets jumped up from his seat as Booth and Brennan walked into the room. He stood in the way of the door, not letting them past, as if waiting...
continue reading... 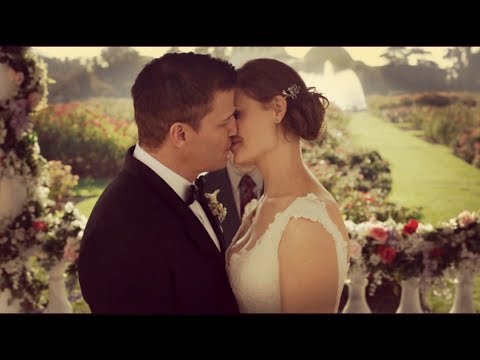 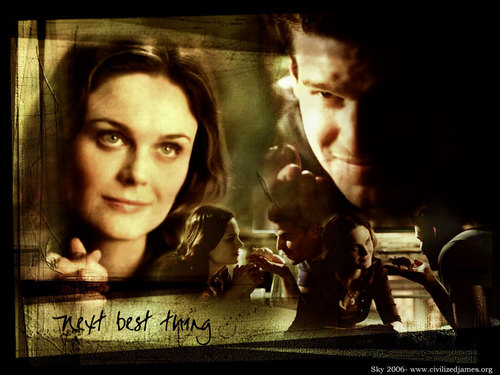 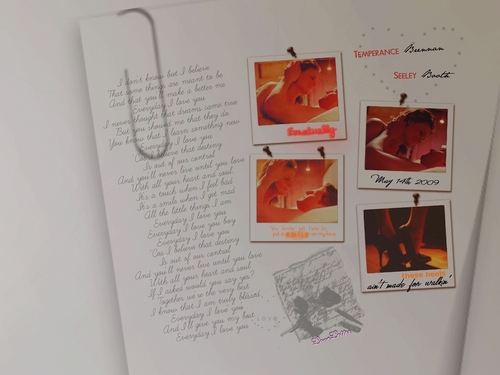