Booth-Pov
I hate my stomach. While it lasted, that kiss fulfilled about twenty-five of my fantasies, and ignited about two billion more. I was out of my mind with ecstasy and I was glad Bones seemed to feel the same. Then, my stupid stomach had to go and growl. Oh well, at least I could finally eat some of that delicious smelling Thai.
I grabbed Bones’ warm hand and bounded out of the room and into the kitchen. “Jeez Booth! I wouldn’t want you to get too excited!” She said. Then she helped me put the containers of Thai on the table. After that was done, there was still one Styrofoam box left sitting. I had no idea what it was. Bones picked it up and presented it to me with a flourish, “To one Special Agent Seeley Booth, for making me an extremely happy woman.” She blushed. I took the box and opened it. Score! It was a huge, steamy slice of yummy apple pie. Yes! This was turning into a better night than I had anticipated, in more ways than one.
Bones-Pov
I felt like a silly girl on her first date. It was a relief to let my guard down, even though at first I was hesitant. I was relieved when the conversation flowed easily. Just look at us! The jock and the brainy smurf, having a meal together! Who would’ve thunk it! After the containers of food were nearly empty I smiled and said, “We better get started on that paperwork or Cullen’s going to be mad.”
“Plus, you never turn in anything late.” Booth turned my words against me.
“You’re right. I don’t.” With that I rose and threw the remnants of our meal away. Booth helped, then got the paperwork out and spread it on the couch. He patted the space beside him.
“Come on partner. Sit your cute little behind down, and let’s get crackin!” I flopped down on his wonderful, leather couch and geared up for the long hours of grueling paperwork that were sure to follow. I leaned over the top paper and groaned. When did my neck start hurting like that? My sudden movement had knocked me off balance. I wobbled, and then landed right in Booth’s lap, where I furiously blushed. Again.
He laughed and gently propped me up against him, at a slightly more acceptable angle. Before I could protest, he was kneading my shoulders in strong, soothing circles. I sighed; thank God for him. Thank God for Booth. “What are you thinking?” Booth asked. I hesitated; what should I say? Then, “When I’m with you, I feel… safe. Like nothing could ever hurt me.”
He smiled, continuing to knead my shoulders. “Well good. Because I bust my buns to keep it that way.”
I giggled. “Those buns of yours must get quite a workout then.”
“Trust me, they do.” He then leaned over and gave me a long soft kiss. “You know what Temperance Brennan? I think I love you.” I froze. This was huge! He loved me, really, truly loved me. Sure, he’d said it before, but this time, it had a seal of a promise on it. Then, I relaxed.
“You know what Seeley Booth? I think I might just love you back.” Then, the paperwork was forgotten, as Booth, with laughter in his big, brown eyes, scooped me up as if I was as light as a feather ( which let me tell you, was not the case), and carried me into his room.
“That’s exactly what I wanted to hear.” He said, kicking the door shut with his foot.
………yes!

Wow. After finally sleeping with my partner, that’s all I can muster. WOW! Let’s just say, pleasure this great must be sin. I’ll have to go to confession. Having Bones’ head rest on my chest and say the words “I love you” just before she drifted off was my idea of heaven, so I was good. It was funny that my personal pleasure was only half of the reason I was so happy. I loved making her happy. I loved seeing her walls, the walls she so carefully built around her heart, come down. With any luck, they would be down forever. As I stroked her beautiful hair I thought, man! I could get used to this! My last thought before I blacked out for the night was, “If all else perished, and she remained, I would be happy.”
Bones-Pov

I woke up in Booth’s arms with a start. What time was it? I was groggy and disoriented, so I struggled to look at the clock without waking him. 7:30! I panicked. I had to be at the lab in an hour. I had to shower, get dressed, gather the paperwork….. I groaned. The paperwork! How could I have forgotten? What was so important that I would have………. Oh yeah. Just remembering the previous night’s events made me blush and shiver.
Booth opened his eyes, “Hey Bones.” He said groggily, tightening his arm around me.
“Booth. I have to be at the lab in an hour, I have no clothes. PLUS, the paperwork isn’t even done.” Booth sat up, fully awake.
“I can fix this.” He said. Let’s hope so, I thought.
Booth got up, moving quickly and efficiently. “Ok. You get into the shower. I’ll try to get through some of the paperwork. Then, we switch. After, we’ll both go to your place so you can change into fresh clothes. We’ll drive to the Jeffersonian together.” He said this all in a rapid-fire manner. Who was I to argue? He seemed much more experienced than I. I pushed that thought away; I would do what I was told. While Booth kissed me on the forehead and exited to the living room, I rolled into the warm spot his body had just occupied. I slowly inhaled, smelling apple pie and that special scent unique to Booth. I committed it to memory.
The next half hour passed in a blur of rushed efficiency. Booth and I managed to complete the paperwork between shower shifts. God knows how. We had then screeched to a halt in front of my building. I jumped out, opened the door to my apartment, and was promptly faced with a serious dilemma. What to wear? As I frantically searched through my drawers, I thought, this isn’t like me. Why should I care about what color blouse brought out my eyes? Well, if I really thought about it, it was really obvious. I wanted to look good for my … boyfriend.
I shrugged out of the previous day’s trial outfit and put on a sky blue shirt with flimsy butterfly sleeves and paired it with a black a-line skirt. Hot, but professional at the same time. Perfect.
I hurried down the stairs, into the lobby, and practically flew into the SUV. Booth gunned the engine. “Good. We’re right on ti…” he broke off. I looked at him, curious to see what had caught his attention. Then, I blushed. He was staring at me. I laughed. “Do you like it?”
“ummmm…………… yeah!” he grinned impishly. “You look great.”
I suddenly remembered where we were. “Get your eyes off my chest and on the road. Please!” I really didn’t want to become well dressed road kill.
“Right. Sorry.”
A thought suddenly occurred to me, just as we pulled into the parking lot. I groaned. Booth put his arm around me. “What is it Bones?” he sounded worried.
“Nothing. Just….. Angela. She’ll know what’s going on the minute we walk through the door together.” That was going to be one very uncomfortable conversation.
“Well, we’ll which is to say, you’ll just have to tell her the truth.” He grinned again. “if you let slip a few details about how good I am in bed, I won’t mind.”
“Booth!” I playfully punched him, and he rubbed his arm. “What’s the truth?”
“Well,” he replied “we’re a couple now! Tell her that.”
I smiled “It’ll be just like Christmas, no better than Christmas for Angela.” Then, I pushed the doors to my true home, the lab. 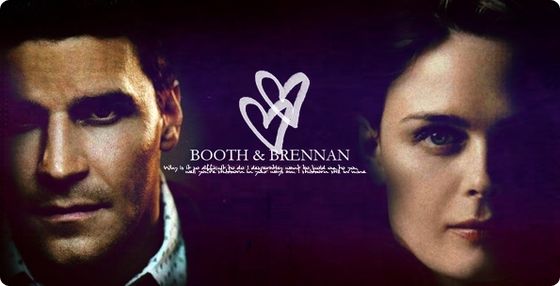 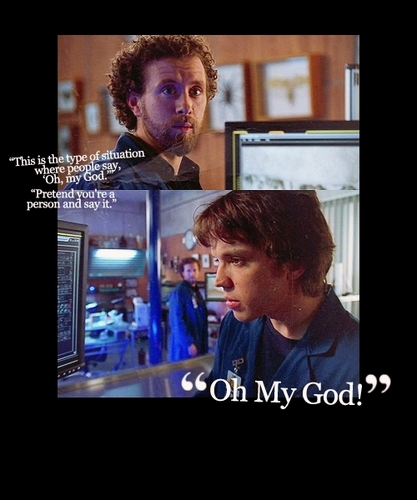 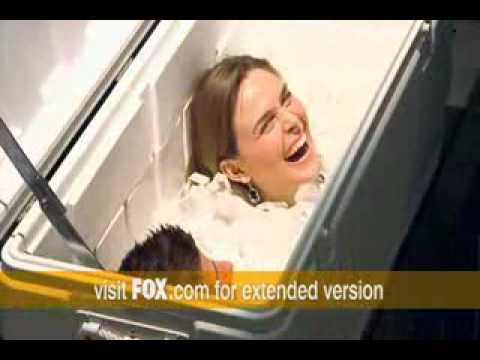 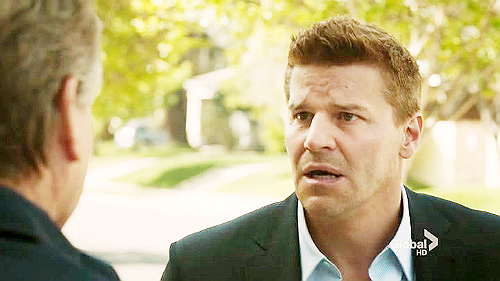 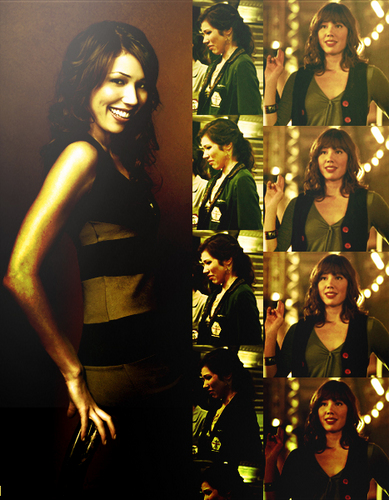 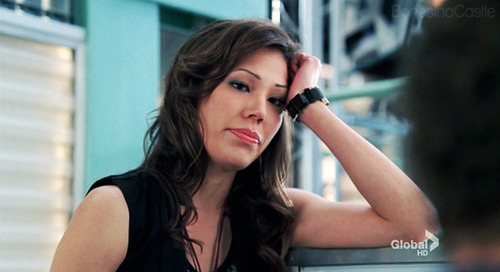 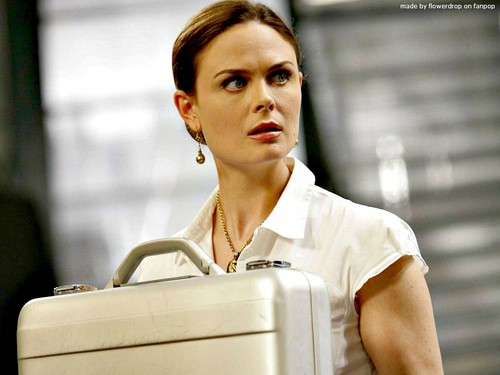