1
The Rowdyruff Boys and Buttercup part 1
posted by 654321hotgirl
The Powerpuff Girls were lounging around in their room when the Mayor called. "Powerpuff Girls!", he cried. "There's been a bank robbery!!!!" " Really? Where? " asked Blossom. "At the bank!" " We're on it, Mayor! " The Girls flew toward the bank and landed there. It was the Rowdyruff Boys! "Well" , said Brick. "I see the Powerpuff LOOZAHS have arrived to "do good and spread justice!" ",Yeah!" said Boomer. Brick slapped him. " Owwwww! " "Ooooohhhh, I'm so scared!!" snickered Butch. Then, when Buttercup started getting mad, the Boys noticed it. Buttercup's beautiful brunette hair, her big muscles, and her pretty face. They were, for the first time, falling in love! Buttercup charged at them and grabbed their shirts and started beating them up. After a while, she exclaimed, "SUCKAHS!" Then she noticed their dazed looks and blushed. She knew the truth, but wasn't completely sure what it really meant. She did know that they were in love, though. Blossom, on the other hand, knew the complete truth. The Rowdyruff Boys were in love with Buttercup! But would they become good? Or would they lose their love for Buttercup and become more eviler than they were before????
raven-starfire likes this
654321hotgirl This is my first article as 654321hotgirl👧
raven-starfire I love it!
raven_beauty Me too, it's so awesome! PLZ MACKEMORE!!!!!!
2
The Rowdyruff Boys and Buttercup part 3
posted by 654321hotgirl
The three evil-looking dark shapes were edging closer and closer to Buttercup. Blossom lunged forward. She knocked them out of the way just before they touched Buttercup. Blossom closed her eyes and wiped her forehead. Then her eyes brightened. She had finally done it! She specifically saved the whole world all by herself( Well, just Buttercup)! Then she looked down and nearly pooped her pants. The dark shapes were the Rowdyruff Boys! "What the heck was THAT for?!?!" Brick demanded. Then Blossom realized something. She looked down at her pink dress and discovered a humongous brown stain that...
continue reading...
Brick and Buttercup's love story # 2
posted by BricknButtercup
(OKAY SO WERE GANNA START IN THE MORNING AT THE PPGZS HOUSE p.s thay dont have parents.) Blossom: Okay Buttercup since you asked me yesterday who I like then who do you like? Buttercup:Ahhh....Its an RRBZ.... Blossom: You like one of those...Nevermind I cant say anything cuz I do 2. Buttercup:Oh you do? Do you? Blossom:Ya well who is it you like .....*tought*not brick not brick*end tought* Buttercup : *lieing* Oh I like Butch..... Blossom:Oh well I like Brick.... Buttercup : Oh.... Blossom : Wat do you mean oh.. Buttercup thats not realy who you like is it? Buttercup:*lieing agin*Ok its Boomer.......
continue reading...

My New Moon triler
added by BricknButtercup
Just something I made for Brick and Buttercup ....For new moon!!!
video
Brick and Buttercup's love story #1
posted by BricknButtercup
(at the ppgzs house) Buttercup: So Blossom who do you like? Blossom: Nobody why? *tought* why dose my sister want to know?* end tought* Buttercup: Just wondering.....Sorry. Blossom: Im not fussin just wanna know why you wanna know thats all.... Bubbles:Well...Um I have to go get some stuff for my project....Ill be back later bye!! Buttercup and Blososm: Be careful!!! Bubbles: *yels* I will be!! Buttercup: Blossom,why wont you tell me who you like ,I know you like someone Blossom dont lie im ur sisster I wont tell anyone... I promis!!! Plz tell me!!! Blossom: Okay as long as it gets you off...
continue reading...
1
Brick and Buttercup's love #6
posted by BricknButtercup 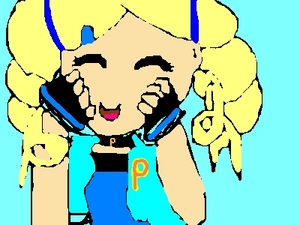 Getting party stuff for Buttercup!!!!
(okay we are stil at the rrbzs and every one is turned to Boomer cuz he is makeing no since.....I am changeing how thay tlk so I will onley go over this one time.....toughts:* Kiss:***KISS*** Tlking:"uhd" And typing ::hey. Okay here we go...) Buttercup:"Why?"
Brick:"BoomeR ,Buttercup is trying to stop thinking bout her sisters......Why did you ask that?"
Boomer:"Uhh.......Well I gatta go. Bye!" (wlks out door.)
Butch:"Well im shure Bubbles has something planed...Right?"
Buttercup:"Well she did go on some arrons this morning."
Brick:"Well at lest you know that she didnt forget..." (with Bubbles.)...
continue reading...
2
brick wants buttercup pt2
posted by lillymango1 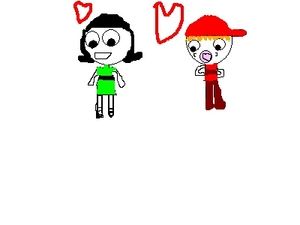 skipping togerther
{at the rrb home}wonder why she was staring at me brick thoght hmmmmmmmm buch intrrupted why are you trying to stell her form me brick wha....said brick she was giving you a love look love ..... me ........buttercup well i have got looks uhhhhhh you know i love her so back away dude said buch fine fine {at the ppg house} buttercup you ok said blossem yeah she said ok
butter cup fell a sleep dreming of brick skipping with her ahhhhh she woke up wow i like brick alot
blossem hered her hay i like brick back of ok she said uhh buttercup went on her laptop ohhhh she went on fanpop she saw brickistuff108 {wich is brick} she went to chat on mebo hay brick she said hihe said.... buttercup buch is on the phone i have to go she said ok bye he said i buch..... she said hi my tuffpuff so do you like brick ofcorse not she said well...ok but dont talk to him dont look at him he said fine she said
to
be
continud
1
Brick and Buttercup's love # 5
posted by BricknButtercup
(Okay so were ganna start at the ppgzs house in the morning then go the the rrbzs. Here we go!) Blossom:Hay Buttercup? Buttercup:Yes? Blossom: I know who likes you. Buttercup:Who is that? Blossom:Brick. Sorry I like him. Buttercup:Oh he dose? Blossom:Okay Buttercup dont pretend I dont know your dateing him. Buttercup:Oh so you do know. How? Blossom:Boomer. Buttercup: Are you and Boomer? Bubbbles:Idk? But me and Butch are!!! So um Blossom are you? Blossom:Yes!!! Ahhh I tought at first is this a joke ,but Boomer makes me fill better than Brick ever will. Buttercup:Thats great Blossom!!! Bubbles...
continue reading...
Brick and Buttercup name mixes.
posted by BricknButtercup
1.Brickercup 2.Butterick 3.Brittercup 4.Butterbrick. Thats all I can think of........If you c an help me plz do I realy wanna think of some new names !!! I lopve this couple and would like to see some fresh ideals bout names ,kids of theres watever you can think of realy ,who there kid would um idk? Date? I gess so lets just say that I need some ideals and doint have any more !!!!!!!!!!!!!!!!!!!!!!!!!!!!!!!!!!!!!!!!!!!!!!!!!!!!!!!!!!!! Can someone plz help- me with thios!!!!!!!!!!!!!!!!!!!!!!!!!!!!!!!!!!!!!!!! I would realy like your help on the subject!!!!!! Thanks anyway ,but im ganna go...
continue reading...
Why I like Brick and Buttercup. :P
posted by BricknButtercup
Brick and Buttercup: Thay are very very cute together,if Blossom and Boomer along with Butch and Bubbles can work,then so can Brick and Buttercup. Right? Right! So if Buttercup and Brick were to happine or have happiend,then thay would form a strong bond. Why? Becuse there both down to earth ,cool and collected,and tuff. Out of all of there siblings thay have to be strongest. And I know your probly thinking "But,Butch is the tuffest right?" Well when you think bout it realy hes not. Becuse if he can date Bubbles ,you know he has to softer than he puts out right? And wat your thinking now is....
continue reading...
Brick and Buttercup friend
posted by yayabeauty
They started kissing when their friend Boomera came and said i'm going to tell your brothers and sisters they fought a little until Boomera pull down Brick's pants she started to laugh until Brick smack her they fought again until Boomera had a blood nose Brick had scars and Buttercup mouth was bleeding .Bubbles came with Boomer Boomera left her friends and went to her house which is next to Robins Brick said she is a good fighter but needs to learn to shut up with that they wave good bye and left when her blue streak vanish in thin air 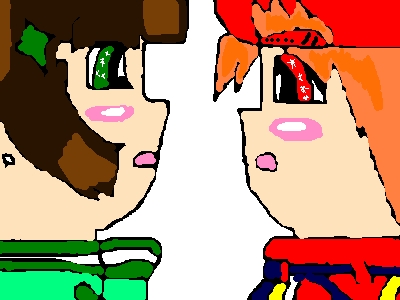 Face to face look down oh!
added by BricknButtercup
3
brick wants buttercup pt1
posted by lillymango1
one at day at pokiokes kinder grarden buttercup was paying tag whith her sisters. The phone rang yes mayer got said blossem at the candy store. come on girls so thay rushed to the candy store {at the candy store}alright give us the candy or well crush you said brick ok said the lady hold it right there rowdy ruff boys said the ppg whos gonna stop us you sissy wimpy lamo grils i ll show wimpy sid buttercup for a second she sotoped and looked into his eyes she kidda never notoesed how cute he was befor ubbesstated puncin him and blossem started hitting buch ten bommer was geting hurt ow nd iy th wen to jail butterp was thiking thinkinghes cute i dont know he likes me and i cant tell my siters
More Cards
1234567891011