It would be damn difficult to weaken this couple's foundation because they've always been selfless together; Jake missing out his chance to be with Peyton for practical, future purposes he has to offer his daughter Jenny (a painful decision) while Peyton waits patiently to summon the courage to claim her heart's desire when the right time comes (worth the trouble). They were going to be the kind of love that goes untarnished and unseen clearly for at least a season until Mark has to stop pumping the gas to cut their ride of true love abrupt. It's not like they didn't have major complications in the beginning. There are disruptions to both of them individually; questions like Can Peyton sacrifice some areas of her life to offer it to Jake and Jenny? Can Jake honestly balance a relationship with Peyton while taking care of Jenny? One might surmise that this is a relationship that could rot or burn into flames but it seems to me, Mark wrote them in such a splendid way that these two managed, even temporarily, to maintain an emotional connection because they felt it was there and they decided to work on what little time they have with the fullest of their efforts. In addition to that, they were teenagers, struggling for a sense of identity and both are damaged to their cores (Peyton's 'picture perfect' of a family is needlessly tested through her father's dishonesty about her biological mother Ellie; Jake being a single father in his teens which is a very brutal circumstance for him and his child). However, these complications never got in the way; in fact it strengthened how they feel about each other; and their longing transformed into something rewarding and significant...even though Mark had already written an expiration date on their relationship, storyline-wise.

In Season 3's grand conclusion regarding the relationships of Brucas, Jeyton and Leyton, Jake decides to let Peyton go because he believes she has feeling for Lucas (because they kissed when she thought she was dying and she says Luke's name in her sleep) but honestly, Jake doesn't have a lot to go when he decided this. He interpreted it in biased terms next to his daughter's welfare. Jenny was starting to see Peyton as a surrogate mother and if Peyton herself can't be sure if it's what she wanted, Jake had to decide what's the best resolution. Simply this: Peyton has to find out what she truly feels for Lucas. Jake doesn't mean he's pushing her away for good. He just wants Peyton to do something for herself this time because he knew the cold truth that in order to to make their relationship work long-term, great soul-searching should come in handy. He was wise enough to understand that the girl he loves as of yet is not a woman and as much as it pains him, he should give her a choice and whatever she chooses, he promised that 'if it's meant to be then we'll be together' and to which Peyton adds her own secret promise of 'someday.'

The scenario is harsh for both Jake and Peyton. Peyton came to be with him but Jake wasn't so certain she meant it. He could sense an urgency about it (which could be seen in his confused facial expressions when Peyton claims that she wants to stay with him and Jenny forever and then proposes to him marriage.) Jake was already doubtful about these arrangements and yet he grasped on what little to hold onto with Peyton until he absolves within himself that this couldn't work out with an elephant in the room (Peyton's 'as of yet going to happen' feelings for Lucas). So he takes her to the side, embraces her, tells her he will still be here if it's meant to be and like a noble gentleman of his word, he says goodbye to her because he can't give her what she can't receive.

Now why should this trespass? Is it because the relationship really is a dead-end? I don't think so really. I think it's a way to give Jeyton a cliffhanger, some form of safety net, if things were not the way they were supposed to be with Lucas. That Peyton was wrong and Jake was taking it too far. That Jeyton were supposed to become the couple they longed to be. But sadly, it is not in Mark's intention to make it so. All of these steps are calculated to write the Leyton romance once again as something perpetual and not a bit deceitful.

Things wouldn't become just dandy for the Leyton TLA if Brooke and Lucas don't end. And of course, they should end in bitter terms. Consider Leyton's significant others, Jake and Brooke. On the JP side, Mark played Jake's humility so he could make it seem like he was the one who gave up on Peyton. And on the BL side, Mark played Brooke's insecurity so he could make it seem like she was too emotional and angry for reconciliation. And how it worked to the LP advantage. Jake was uncertain and disappointed with Peyton; Brooke was frustrated and hurt with Lucas. Both of their loving, supportive partners felt betrayed to some extent. This also gives Leyton that 'obstacle' quality I was saying. Mark made it look like Jake and Brooke were 'distractions' from his 'original plan.' He stopped considering the dynamics of the show and just pumped more gas on the comet-driving, cookie-dough sweetness of the TLA ride. To many fans who adored LP from the start, it was magical. It was just meant-to-be. Mark knew he had to disregard Brucas and Jeyton, reduce them into 'fleeting' romances before Lucas and Peyton find their way to each other. He didn't actually kill the darlings because more or less, from what it seems, they were sideshows for the main event that is Leyton. Bravo!

So what is this escape route I claim as Brucas became for Leyton? It's pretty obvious. Aside from playing Brooke's insecurity, Mark also played her kind heart in the process; he knew that he wrote Brooke as very loyal to her friends and that's exactly how she managed to let Lucas go to Peyton (after much painful soul-searching that maybe she will always be second-best, the most unfair thing that happened to her all those seasons, in my opinion.) So she willingly let her best friend, whom she dearly loved most far better than she loved the only man in her life Lucas, have the said man. It was agonizing but it also made her character more worth of praise and adoration. Brooke Davis evolved, rising above the torpedo love triangle, absolving herself from all that angst to become better and stronger. And she had. She was happy and successful by s5 and yet she always knew a piece of her had gone missing (well, rather, was torn apart mercilessly) and she couldn't admit (or deny) that it was her lost love for Lucas Scott. It's not in her personality, one might argue, if one is susceptible to the Peyton-hating (which I'm not).

So there you have it. These are my observations and theories that support my unflinchingly unconvinced feelings of non-support towards Leyton. Yes, the couple is going to be endgame and Mark so far made them tolerable. But I'm not going to jump my ship and join the club.
Seddie4Ever, PoooBoo and 8 others like this
brattynemz Although these distractions are better written than the supposed to be Leyton TLA epic shit. 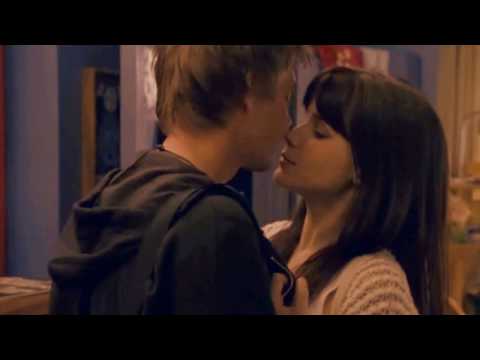 2
I Never Told You- Jake/Peyton; Brooke/Lucas
added by ladybug70981
video

2
Brucas/Jeyton - Mess I Made
added by ladybug70981
video

6
Jake/Peyton - Let Me Go
added by PoooBoo
This video is about how Peyton loves Jake and he loves her too, but she doesn't know who he is, meaning a single father. Jake hides the fact that he has a daughter because he doesnt think Peyton will understand. But what if she finds out?
video
one tree hill
jeyton
jake
peyton

6
+ jake & peyton campaign
added by PoooBoo
I do NOT own OTH or this song!!! ♥ Someday Is Now ♥
video
one tree hill
jeyton
jake
peyton

6
Ride | Brooke&Lucas
added by PoooBoo
i know it seemed like brucas was banned from my vidding list, but the truth is.. i still love them and found their scene together beautiful; the eye contact, the kisses, the hugs.. they're kind of magical together.
video
one tree hill
brucas
lucas
brooke

6
Brooke/Lucas - Even Angels Fall - One Tree Hill
added by PoooBoo
A Brucas vid showing the ups and downs of their relationship. Its mostly kind of sad though..
video
one tree hill
brucas
lucas
brooke