Who's standing next to you?
I got this idea from OTHforums and thought I'd share it here! This is really short but concise! :)

PEYTON: All right, uh … imagine a future moment in your life where … all your dreams come true, you know? It’s--it’s the greatest moment in your life and you get to experience it with one person… who’s standing next to you?
LUCAS: Hmm Kate Bosworth--
PEYTON: --Shut up! I’m serious
LUCAS: Well, so am I
PEYTON: Luke … come on, I mean--It could be anybody, you know--your mom, Haley
SKILLS: Yuh boy, skills
PEYTON: Who’s it gonna be?
LUCAS: Brooke..

BROOKE: Luke!
LUCAS: Oh my god! This is amazing!
BROOKE: This is a dream come true. So who do you want standing next to you?
BROOKE: Go. It’s okay. [Smiles] Go!

Brooke is Lucas' destiny while Peyton is only his choice.

The line has to be drawn. Brooke happened to be there when Lucas' dreams came true. Peyton asked him who would be there beside him, and he said it would be Brooke. She was, is, and will always be there when his dream come true just because it is destined, it is fate. On the other hand, Peyton is Lucas' choice. Lucas wants Peyton to be there but due to some uncontrollable forces (Read: destiny/fate), it just won't happen no matter how much Lucas wants it.

Destiny shot.
IMO, there is no clearer indication that Brooke and Lucas are destined to be together. I know LP fans won't buy the destiny shot because Lucas is a shooter but he could've missed that shot by some twist of fate but he didn't, just because fate = Brooke.

Brucas has so much faith in each other.

At the same time, it reflects the BL relationship. Brucas brings out the best in each other, they inspire each other and they believe in each other so much. It is only natural for them to be together during these times. Brooke and Lucas chose to be that person, and during the last episode, we saw how much Brooke believes in Lucas [You who called me your pretty girl and said that I was gonna change the world someday..]. They have so much faith in each other that both of them are gonna get what they are dreaming of and although things may not come their way at all times, they have each other's backs and that's all they need to get them by(505, 615).
katie_07, lucivy111 and 28 others like this
END_OF_DOCUMENT_TOKEN_TO_BE_REPLACED
loading additional comments...
Snick It's awesome <33 'Brooke is Lucas' destiny while Peyton is only his choice.' I totally agree with that! They are meant ot be together <33 Brucas FTW!
Sophiii Aww I love it !
brattynemz Thankssss! :)
kikuska414 Amazing job u did...love it..
Melia This was a great read...thanks for an amazing portrait of their relationship.
brattynemz Thank you!
livexthexlife92 beautifully put. and soo true, Brooke is his destiny while peyton is his choice(a choice i belive he only picks as a last resort and when he being pushed to her by other people). just like tht one guy said in 601, there is no choice in love, but if lucas thinks so then well whoopy for him, but brooke is his destiny. thats why iv never brought tht LP meant to be crud, Brucas are meant to be no doubt about it.
Dean-girlx ♥ ♥ ♥ ♥
BruCaS_LoVE 'Brooke is Lucas' destiny while Peyton is only his choice' love this ... amazing article ...
jfiftythree "Brooke is Lucas' destiny while Peyton is only his choice." it is so true! i love it.;]
twinklystar_hp the destiny shot is one of the major reasons i hav BL hope..that plus the fact that brooke was with him when his dreams came tru - his book was released, they won the state championship... and even if mark is with lp mark needs to show us that at the end its destiny that makes the choice..its destiny who decicdes whos the one for u...its all destiny and destiny/fate has THROUGHOUT THE SHOW beeen shown to be with brucas!! & how can LP fans NOT BELIEVE THE DESTINY SHOT? i mean cum on even luke didnt know hw was going to hit the shot he thought it was ridiculous rachel turned him around he had to find her voice! that was TOTAL DESTINY THERE!!
eka-chan It's always good to celebrate a love so honest like this~!
brattynemz Thanks Eka! Where have you been???? I miss your articles!!
mollyx365 This is so true! You always give me BL faith <33
dermer4ever great article Nem and i agree with everything that everyone else said.
brattynemz Thanks!! :)
oth-brucas4ever lol good finding Nem
sophialover LOVED it hun.
kuhriissten absolutely amazing! i didn't even think about Brucas at this angle! amazing. truly insightful
PolishPrincess I love it.
TSOYPRA i love it................ your articles are great hun...........
saBRUCAS Lovessss it! They ARE each others destiny/Fate no one can make me believe otherwise.
maddy4BL omg great article!I loved it!
SophiaBrookefan ♥♥♥ Love It!♥
brattynemz thanks peoples :)
30
The Moment That Changed It All...
posted by RealLuvAlwaysBL
The moment that changed it all…the moment that Peyton confessed her love for Lucas to Brooke, his girl friend, and her best friend. I realized after back and forth, Leyton vs Brucas, debate between myself and equally passionate and respectful LPer, Abs07, just how significant that moment is to me as a Brucaser, but even more so as a OTH fan. It disgusted me so much that I had been blaming Peyton, and even Leyton for it ever since. Why do I hate this moment more than anything? More than Leyton’s affair in Season 1…even Brooke breaking up with Lucas in 4.01? Well, I hate it for what it...
continue reading...
24
Keep the Faith—Why I 2nd that Motion!
posted by RealLuvAlwaysBL
I’ll admit seeing the premiere, Lucas choosing Peyton, and the thought of them actually becoming man and wife disappointed me. It did not however make me lose faith in my beloved Brucas. While it may toughen the road ahead of them I can’t picture them together under any other circumstances. In fact, yes, I’ll go ahead and say it…a part of me is glad, relieved almost, that Lucas chose Peyton. Why, because after watching the episode it only reaffirmed the complexity of OTH and Lucas’s confused love life, and how he foolishly attempts to find reason out of life and love that just don’t...
continue reading... 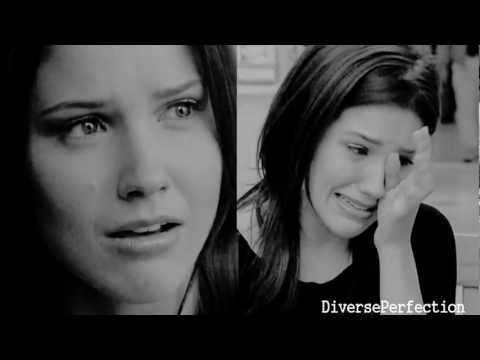 5
What if You Stay :: Brooke&Lucas
added by sophialover
video
brucas
brooke
lucas
one tree hill