Brooke is lonely in the evening…or maybe not that lonely. What will happen when an old friend comes along? You’ll have to read and find out.
Ready, set, Brucas!

CHAPTER ONE
Cheer Championship
04:00 p.m.
Another fight between two cheerleaders from the same team in the cheer bus. Nothing unusual.
“Bitch, please!” Brooke screamed.
“I’m honest Brooke! Trust me!” Peyton said with an innocent tone.
“Talking is not exactly the best thing you can do with your mouth! You should try another activity!” Brooke shouted.
“Go, go Ravens! That’s the spirit!” The driver said bored.
“Brooke! It was just a mistake!”
“Yes, just like you and our stupid friendship!”
“Oh come on girls! Let’s sing a happy song! Ten fat monkeys sitting in the bus, it came along a tiger looking for some fun! Come on together! Nine-“Brooke interrupted him.
“Fat bitches sitting in the bus, Brooke just to slap the bitch number one! YaY!”
“Ok, that’s it! Get the hell out of my bus” The driver said.
“What? I paid for this drive.” Brooke said amazed.
“Yes but I’m not paid enough for your big mouth!” The driver stopped the car, got up from his seat, grabbed her by the hand and then he pushed her towards the door.
“Don’t push me you son of the….O my fucking God! You can’t leave me here! You so can’t! Brooke shouted. The driver closed the door.
“Oh God! I hate cheerleaders!”

CHAPTER TWO
In the empty street.
07:28 p.m.
“Oh shit! No phone, no make-up, no people around here? What can be worst?” Brooke said totally pissed off.
A big car from Dan’s car company was coming towards her.
“Oh, no. Oh hell no!”
Unfortunately for her (or maybe not) Lucas was driving the car. He recognized Brooke’s figure in a second.
“Brooke? Is that you?” He asked.
“Excuse me monsieur? Je ne know pas any Brooke.” She was trying to hide her face and not look at him.
“Brooke! What are you doing here? You should be in the cheerleader championship! He opened the door.
”Oh seriously? And what are you? The lonely and hot cheerleader’s police?”
”Oh no…I’m just saying-“Brooke interrupted him.
“Oh just shut-up and let me in.”
Two enemies in the same car exchanging electrical glances were driving down the empty street in a hot summer evening.
“I hear birds! Oh wait, I don’t! Cause the music is too loud!”
“Oh! I’m sorry Brooke! I though you are into Travis.” He turned the music down.
“Ew, Travis? I hate him!” She said.
“Who?”
“The Travis guy!”
“Brooke, Travis is a band, remember?” He smiled.
“I don’t care.” She said dreaming with her eyes open.
“Have you ever listened the band? They have good music.” He gave a sigh.
“I know, but I can’t feel it. Your music is deep but I feel like it doesn’t let me in. I never felt something strong. Or maybe I did but I don’t want to remember.”
Brooke closed her eyes. Lucas was staring at her. This time something was different about her. Maybe the huge mistake he did in the past was a blessing. How else could he realize how beautiful she was inside? She thinks like a child but she loves like a woman. Or maybe it was a curse cause now he wanted something he couldn’t have. Why couldn’t things be the way they were before? Everything was messed up…And it was his entire fault.
Talking about broken things…

CHAPTER THREE
“Oh shit” Lucas said opening the car’s roof.
A strong burnt smell warned him that the car was dead.
“Aww! What am I seeing? A mechanic who can’t fix his own car! He must stink!” She said rolling her eyes.
“Well, thanks Brooke!” He faked a smile.
“No problem loser! Aww, look at this beautiful button!”
Brooke acted very childishly and pressed the button as hard as she could. One second later the roof of the car went straight into Lucas’s forehead.
“Aught! Damn it!” He was almost seeing stars. He blinked his eyes several times while Brooke was making fun of him.
“I can’t fix it Brooke! We must find a motel”

CHAPTER FOUR ( PERV ALERT)
01:13 a.m.
Lucas carefully opened the door to the motel room. He had seen better ones. The floor was dank and creaky. Some pieces of wood were still burning in an uncleanly fireplace in the corner. Beside that, an old bed and the wing blowing through every chink, there was nothing else out there.
“Oh look. There’s a nice bed for me and a comfortable floor for you.” Brooke said ironic.
He obeyed and slowly took one pillow from the bed and placed it on the floor. He threw away his jacket. He revealed his strong arm and beautiful toned muscles. All this time Brooke couldn’t take her eyes from him. She studied every part of his face and body and her blood started to boil. Her cheeks turned red and the atmosphere was as hot as the one in the fireplace.
He lay down in his “bed”, placed his head on the pillow and turned his gaze to the ceiling. He watched the small bugs walking. ”At least they are having a great time up there” He thought. As soon as he opened his mouth to say “Good night” he heard Brooke spoke:”Oh come on! I was just kidding! Get in the bed.”


CHAPTER FIVE (PERV ALERT)
He opened his eyes wide not knowing what to say. He finally got up and walked to the bed. He stopped before getting in. He cocked his head slightly to one side ”What??” she asked. She moved away a bit making him space. Lucas got in not saying anything. Finally Brooke broke the silence.
“I’ve never seen such crap like this motel”
He smiled. They were both staring at the ceiling.
”I’ve never seen a sky with so many stars before.” He said waiting for her comment.
“My turn! I’ve never had sex with the mailman” She laughed.
“I’ve never told my teacher from the first grade that I liked her” He said waiting for her turn to speak. But it never came. Everything was quiet. The only thing making noise was the bed cracking every time they moved a single muscle. Lucas took a deep breath.
“I’ve never made such a big mistake like I did with you.”
“I’ve never seen such an ass like you.” Brooke said amused but thoughtful at the same time.
He nodded. ”Here it goes” He thought.
“Brooke..?”
“What?”
“Can I… hold you tonight?” he said not knowing what she will say but he closed his eyes preparing himself for a good slap.
Despite her intentions, she got closer. She slowly feet his strong arms around her and a second later she was in his embrace forgetting all her problems.
“Do you feel something?” Brooke asked.
“Yes.”
“What?”
“That crazy thing called…love.”
The stars were shining for their epicness and the flames were burning for their desire.... all night long. 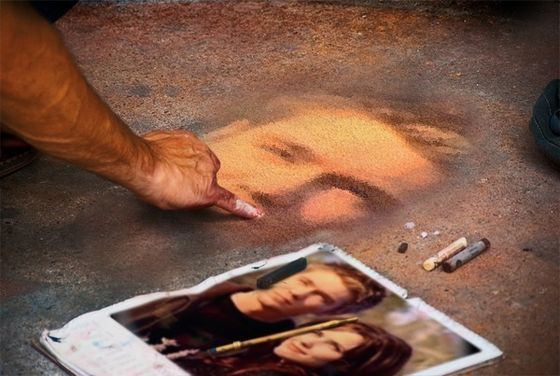 moeski, OMGitsBrooke and 10 others like this
brattynemz You've captured Brooke's character very well. Though if I were the driver, I would've thrown both Brooke and Peyton out of the bus. lol. And the ending is so sweet! :)
stefny0 i like it its funny and cute and i hate peyt-ho !!!
oth-brucas4ever AWWW YEAH YOU DID IT!!!!!! congrats i told you it woudl work out. and you changes the way you worte it, dosn't matter thou it worked out. i love the ending CUTE!!!! congrats XOXO
Natally14694 ha! so funny! good job! it turned out great!
18
Ask Away
posted by Broody_4_Cheery
Disclaimer: i dont like own anything

okay so this is my latest spir of the moment fanfic, its sort of bl. sort of. its from peytons pov. lol a crazy sl that popped into my head while watching oth. its sorta breyton/leyton/brucas. more so breyton imo.

“Good friends can ask anything of each other. Great friends never have to, questions are answered unspoken”

I didn’t say it, but I knew that it was what I was asking, and she knew it too.

I thought I was okay with it, but I wasn’t, I wasn’t okay with watching my best friend and my ex boyfriend fall in love. And to make matters worse...
continue reading...
25
Brooke & Lucas: never lose faith!
posted by CheeryEllen93

So I have noticed lately a LOT, and I mean a WHOLE LOT of people are losing faith in BL now that the spawn of seyton is on the way. You gotta keep the faith! Love IS faith! Remember, true love conquers ALL (in the end!) and people that are meant to be together always find their way (in the END). For example, a timeless story in pop culture is the notebook. Noah & Allie are EPIC, even though they only spent a few months together, their love went on for 10 years. Allie was engaged to someone else she "loved" but hey, like its said, true love just finds its way! Lucas just SETTLES for Seyton,...
continue reading...
30
Slapped in the face! my rant
posted by Broody_4_Cheery
I am a brucas fan, and i must admit a huge part of the reason i watch this show is because of bl, but still there are others reasons, like i simply love it and enjoy it and have gotten so caught up with all the characters. yes im a bl fan, but first off im an oth fan... or i use to be, im not sure anymore.

I have kept watching, okay and i fully admit what got me through the bad times was picking at leyton and my inability to view lp as anything other than a joke, but something else always drew me to it as well, whether it be naley, brooke, a specific touching storyline or the humour, something...
continue reading...
15
Analysis of Laley's Finale Scene at the Rivercourt
posted by RealLuvAlwaysBL
Okay so I finally had the time to look up the part in the finale episode where Haley comes to see Lucas at the River court, where Peyton had left him the Comet drawing. Well, some people see it as another push in the Leyton direction, but I see it as a something much different. A beautiful expression of friendship, and honesty, and her way of helping Lucas to let go. Let go of Peyton. If you want to view it yourself here is the link:
link]http://www.youtube.com/watch?v=6RTFzK32aWQ[/url][/url]
It starts off as just sort of humorous. Haley picking fun at Peyton for how "Peyton like" her drawing...
continue reading... 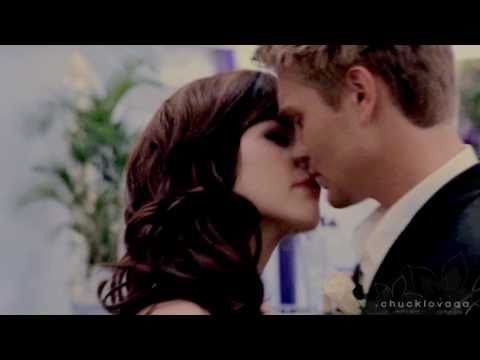 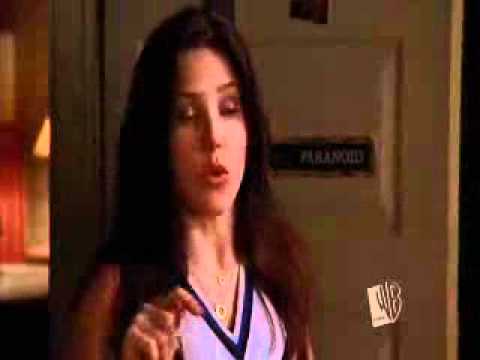 3
BL / DS / SE | Let you blow my mind
added by Dean-girlx
"You're the one, I have decided."
video
brucas
brooke
lucas
one tree hill
love
sophia
chad

3
get another girlfriend.
added by katie_07
video