A person asked me the other day what was so special about Brucas. I was taken by surprise because she was a fellow Brucas Believer. I thought about it before I responded and this was what was said:

What’s so great about Brucas you ask? Well let me tell you. Brucas was always meant to be together, from the beginning. Leyton fans will tell you otherwise, but they don’t know Brucas like Brucas fans do.

In Season 1, we had them creating an energy so strong so powerful that the god’s didn’t know what to do it with. 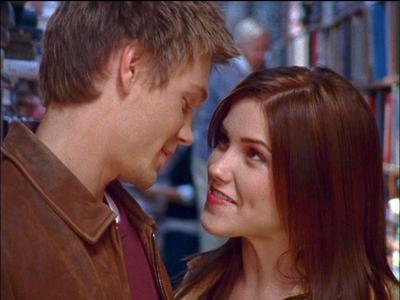 Obviously Lucas didn’t know what to do with either and had to go and start the Leyton relationship. But after, he was sorry. He still wanted Brooke, he wanted her more than he ever wanted Peyton, but once a heart is broken, it takes some time to heal, so Brooke couldn’t just jump back into it, it would take some time. But it was her who said it best “People who are meant to be together, always find the their way back in the end.” So that gave us Season 2. Friends. Lucas had quite a few episode’s to get his beloved Peyton, he didn’t want Peyton, he wanted Brooke. So Lucas worked his magic for a while, waiting for Brooke to be ready for him. But then Brooke found old stupid love letters to Peyton, it brought back all the pain all over again. She tried to let it go, buy it was hard. Then she got the news that she had to move to California. Brooke didn’t want to go, and Lucas didn’t want her to go either. 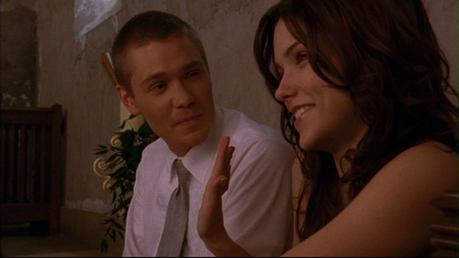 Lucas: “Don’t go… I just had to say it. You have to stay…”
Brooke: “I really liked being the girl behind the red door…”
So before Brooke left, Lucas did what he had been patiently waiting to do all year. Kiss her.
Brooke: “Tell me that was a goodbye kiss”
Lucas: “I want to be with you Brooke”
Brooke: “What!?”
Lucas: “I’m sorry, I know we are friends; it’s just how I feel.”
Brooke: “What about Peyton’s stuff?”
Lucas: “”I keep that stuff as a reminder of how madly I screwed up things, with you. To remind myself that if I ever get a second chance, I would never let you go again.”
And that put us with Season 3. Brooke still wasn’t quite ready to give her heart to Lucas yet, but she was gradually stepping into it, friend with benefits style.
Brooke: “Lucas, in order for this to work, there has to be a balance, I kiss a guy you kiss a girl, I kiss two guys…”
Lucas: “I kiss you twice.” 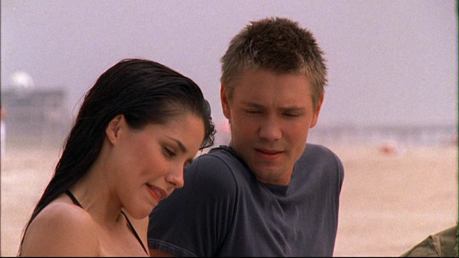 And Lucas wanted Brooke so he would do anything even if that meant being friends with benefits.
Lucas: “I’m the guy for you. I know we’re just part-time, that’s cool. You know, do whatever, have your fun. But one of these nights you’re gonna realize it; I’m the guy for you Brooke Davis…. You’ll see”
And that hit Brooke where it was suppose to, in the heart. Brooke wanted Lucas too, but she wasn’t sure if Lucas still wanted Peyton.
Rachel: “Do you really think there’s one person in this entire planet that’s right for you?”
Lucas: “I do.”
Rachel: “Ok…What about Peyton? I heard you once had the same feelings for her? Maybe we’re still in high school, and you haven’t met ‘the one’.”
Lucas: “But, I have, it’s Brooke.”
But one drunken night can mess everything up. Everything that Brucas had been working for. One drunken night. But Lucas was willing to forgive Brooke, because he loved her. Not Peyton. But Peyton couldn’t live without messing with Brucas’s relationship. So Brooke got a drunken night, and Lucas got a kiss, and Peyton got what she wanted: No Brucas. So as Season 4 took off, Lucas and Brooke were on shaky terms, and they got shakier when Lucas thought Brooke was pregnant. But maybe kissing Peyton, was too much for Brooke, so she had to let him go, but she soon realized that she had made a mistake, but it was too late, Lucas was back to being “Hooked-on-Peyton”. So they did the friend thing again, and deep down, it wasn’t what either of them wanted.
Brooke: “Brilliant and beautiful and brave, in two years she’d grown more than anyone I had ever known, Brooke Davis is going to change the world someday. And I’m not sure that she even knows it.” (Quoting from Lucas’s novel)
Finally Season 5 started up, and we had missed 4 years, 6 months, and 2 days. Brooke had her own clothing line. Clothes Over Bros. Lucas is Tree Hill’s new basketball coach, and author. 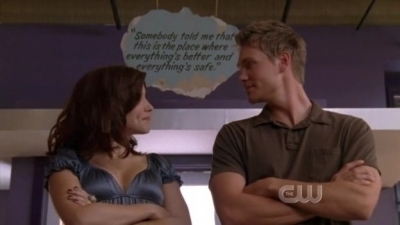 Brooke comes back to her home, and that pushed Lucas and Brooke back together. But if we have Brucas, we have to have Peyton. We get to see what happened 3 years earlier. Lucas being stupid asked Peyton to marry him. Peyton said “no”. So Lucas went to see Brooke.
Brooke: “Well well, Lucas Scott.”
Lucas: “You got my message.”
Brooke: “Oh, you think I was going to miss a chance to spend a night on the town with a soon to be bestselling author.”
Lucas: “God it is good to see you Brooke.”
Where all of the Brucas fans got a slice of hope that maybe Brucas had runited over the 4 year period.
Brooke: “We are going to be a power couple! He is going to be a famous novelist, and I’m going to have a fabulous fashion line.”
Lucas: “But we are still going to have time to have a big family
Brooke: “Two boys, and a girl”
Lucas: “And I’ll coach little league”
Brooke: “Uu! And I’ll bake treats for the team, or buy them.”
Lucas: “And we will spend our summer in our beach house.”
Brooke: “And winter in the southern France”
Lucas: “It won’t matter where we are, as long as we are together”
Which is true. Brucas could live in some shack in Mexico, and still be happy, cause their together. And Brooke informed her mom that Lucas Scott might have been the boy she could have lost it for. Then we were brought back to present time, and Leyton weren’t together, and Brucas wasn’t together. Lincus was. So with all the in between Leyton flashbacks, Lincus marriage. Where did Brucas stand? Well Brooke was fostering a baby named Angie, and Lucas was getting attached. So when Angie had to leave, Lucas was there to help Brooke through it.
Brooke: “Hey, Luke. We’ve been through a lot me and you but I wouldn’t have made it through today or a couple of days without you, so thanks. This is for you (gives him the purple monkey). I love you, Lucas Scott, you know that.”
Lucas: “I love you too, Brooke Davis.” 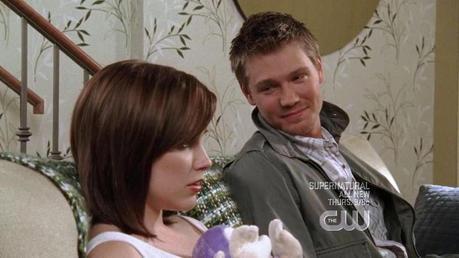 When I sent this message back to her I remembered why I started shipping Brucas. I don’t know about you guys but Season 6, made me forget all of that. It was nice to have a refresher, to just remember why I had started loving them in the first place. I know it’s too late for Brucas, but I don’t think my heart will ever let that be, so I will always think that there’s hope for them to get together down the line. Team Brucas.[/c]
Dean-girlx, brucas4ever and 11 others like this
kristinabetty That was amazing!!! I totally agree with u!! I kinda lost my faith in brucas during season 6, but that is an awesome reminder!!!
livexthexlife92 aww that was great. yea s6 most def destryoed any faith i had in BL but all the old seasons and moments they had b4 always remind me why i ship them, theyre simply ahmazing.
brucas4ever <333
Dean-girlx <3 :)
breyton4ever OMG this was so amazing ITA with you....though BL is definately over I still love them together
25
A love that will NOT alter!!♥
posted by Janni

They entered in many peoples heart in season one, and later in season two and three they entered in billion hearts. They convinced us that their love was stronger than anything, maybe even stronger than the devil trying to split them. But in the end, it was up to a man with great powers to...
continue reading... 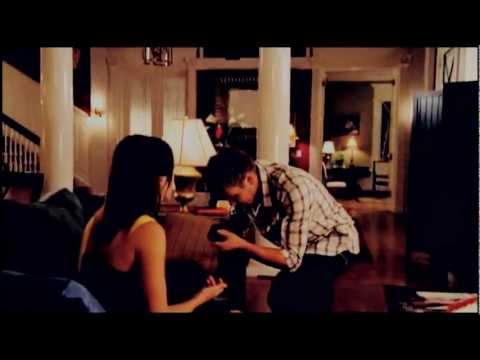 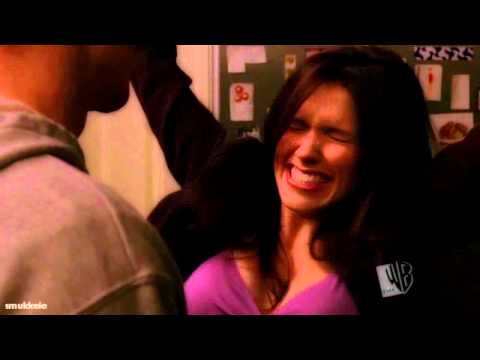