Okay so i was just watching some new clips of Oth and I just think Brulian had many scenes which seemed a lot like Bl past scenes.

Am not an Anti-Bju but i dont ship them either unlike pucass its all Hate.
Anyway
I know people sometimes have scenes alike but hey its my opinion.

okay so Starting with recent scenes

The season seven promo of Julian holding Brooke by the fire reminded me of Brucas scenes at Rachel's cabin of both brucas by the fire.

Both idiots named Lucas and Julian fell in love with the anorexic fake blonde skank. (sorry for the use of language but i think i gave a good description of Peyton)

When Lucas told Julian at the rivercourt how julian would be crazy if he didnt fight for her or something well reminds of Haley or even Peyt-whore telling Lucas i think season 4 after the bl break up to fight for Brooke.

I write this in 5 Mins because i know that if i dont post it now well i probably forget.
Its just they used to be so many bl fans and now there's barely any

lolacolalola, Seddie4Ever and 15 others like this
jemgrl323 i happen to love brulian.....but part of that reason is probably because of how similar they are to brucas!! i will always love brucas more...they are my favorite one tree hill couple...but i do like brulian a lot also. i know some peole will say they don't think the two couples are alike...but i think they are so similar. especially with the way brooke acts and the way the guy treats brooke. in both relationships brooke was VERY emotional and scared to give her heart to someone. she didn't act that way as much with felix, owen, and chase. she did hold back a little wth felix at first, but it was very different. in both brucas and brulian's relationship....the guy is constantly demonstrating how well he knows brooke and how much he understands her and loves her for her complexity. i think it's funny that some of the same fans that hate brucas because they claim brooke was so insecure and needed lucas to list the reasons he loved her....now love brulian even though they have had similar "issues" (i mean julian created an entire list of the reasons brooke davis is amazing and basically explaining why he loves her after she got mad and didn't think he understood her). it was a great brulian scene....but i found it actually quite similar to the incredible brucas rain scene.
s1r1 I agree with what you said. I'm not a fan of Brulian and I do agree that their relationship is totally reminiscent of Brucas. Guess Mark thought that if we could not get Brucas, we could settle for second best that is Brulian. I just hate that Brulian is too similar with Brucas in terms of scenes and the way their relationship works and I guess that is why many fans of BL jump the wagon to the BJ ship.
monLOVEbrucas [i]Both idiots named Lucas and Julian fell in love with the anorexic fake blonde skank. (sorry for the use of language but i think i gave a good description of Peyton)[/i] never be sorry for telling the truth x] and yeah i really do i agree... likee Mark seriously needs to get some brain cells or a new brain because how he works when it comes to relationships on oth is bullshit... esp with Brooke and Lucas and how he tries to make their past with eachother connect with their future "love" and he tries so hard to show pucas love and no ofence it failed because im still with BL... and now his doing it with BJ and he can't expect BL fans to like BJ because he gave us hope in season 2&3 and he showed us how much Lucas really loves Brooke so WTF?
babyd21 i totally agree with you!! it really does piss me off with how much they are like brucas!! like for example they have this scene of brulian on the beach for next season...i mean come on that is so brucas' spot!! its like mark's takin away the unique-ness of bl and tryin to put into other couples, which is really wrong!! its just that if your goin to create a couple...give them they're own style, and don't steal it from other couples!! does that make any sense? even despite all of that i do still like the brulian relationship...but it will NEVER EVER come close to my love for brucas!!!
oth-brucas4ever I'm with all of you. brucas is oth to me and there always going to be my 1# couple no other couple is going to overtake... i lke brulian...i'm a support and i think mainly it's cause i LOVE julian and i LOVE brooke so my two fav ppl getting together is pretty good.... but like u listed there are alot of things that link to brucas and brulian and maybe thats another factor of why i like them, cuase i miss brucas soooo much but i love seeing brooke happy again, even thou i think it's a different brooke from brucas brooke...it's still good for brooke to get that back in her life after mark screwed her over. i hope they don't become like brucas cause NO OTHER COUPLE will compare to them no matter how hard they try. 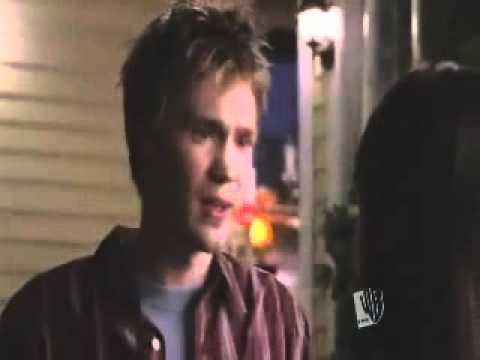 7
Brucas.Leyton - If you're not the One
added by livelovelaugh
video
brooke
one tree hill
brucas
lucas
More Cards
1234567891011