26
Season 6 Spoilers!! (Regarding BL - Brooke) WARNING: DON'T OPEN IT IF YOU DON'T WANNA KNOW!
posted by sophialover
Ok I post here some ONE TREE HILL's SPOILERS!
So...this is not exactly a soapbox...but alright i just want us to have a post with ALL the possible spoilers..so everytime we get to know more about anything regarding BL in S6 we'll post it here.


HERE ARE JUST THE ONES regarding BL and Brooke 'cause I don't wanna bother you with any kind of leytonerness ;D


Chad is writing an episode of the show this season too. That is a definite.
Credit: Rebecca (curlyhead)

In other OTH news, the writers are taking Brooke to a very dark place this season...Somebody, quick, flip a light switch.
Credit: Watch with Kristin (E. Online)

The trifecta scene is definitely before the Vegas stuff. Positive.
As I said yesterday, I don't know of any scenes with B/Li being at the airport. I only heard about Peyton being there.
Credit: Rebecca (curlyhead)

Samantha: 15 year old foster child who is a student of Haley's. Seems to be a hardened version of Brooke in S1. She mentions partying, alcohol, and drug use. She was abused by her foster parents. SIDE

Lucas' final dream: He is sitting at a card table and the dealer deals him three cards. We see Lindsey's face on one card, Brooke's on another's and Peyton's on the third one. Luke gives each one flowers. The dealer tells him he can only make one choice. Just as Lucas reaches for a card, we see him wake up from his dream at the airport...
Credit: Rebecca


Dream scene? Brooke and Lucas get out of a cab in NY and walk to what looks like a hotel entrance. There Lucas and Brooke kiss goodbye and the scene ended. They were also holding hands the whole time. They set up the hotel right next to c/b but you don't see Brooke's store. Its a good scene for you all...they kiss on the lips and look to be in love. He was wearing a suit, him and Sophia were formal. The BL kiss is not a peck.
Credit: Taylor (TSOneTreeHillz)

Just heard Brooke had roses in their scene. I'm assuming they're from Luke.
Credit:ILoveMeSomeBrucas

There is a scene very early in the sixth season premiere where Skills and Brooke are in bed acting romantic. (Yes, I said Skills and Brooke, so what do you think? Dream? Names changed to hide other identities?)

We see a wedding ring on "Brooke's" finger, and then we see "Skills" turn over to her and call her "wifey".
Credit: Rebecca

Samantha goes into Clothes over Bros and tries to steal something then Brooke grabs here arm. Samantha pushes Brooke down and runs out. Samantha looks like a 14 year old. She is thin with long brown hair and cute.
Credit: Taylor (TSOneTreeHillz


We are at clothes over bros and we saw Milli and Brooke's mom.
Sophia is also filming at C/B right now with Daphne and Lisa.
Credit: mandylh72590 @ othforums.com

The next scene was with Brooke & Millicent and the new character Sam. In this scene it look as though Sam stole something from the store and Millicent and Brooke confronted her. Then Sam tried to leave with the piece of clothing that she put in her bag and Brooke grabbed it out of her bag. We couldn't see what Brooke did next but it look like they almost fought cause Millicent went towards them like she tried to break it up.
The next scene was at night but they put tarps up on all the windows and we couldnt see…all we know that it was a behind the counter shot.
The last scene we saw was Brooke being robbed. That was why they needed a stunt double for Brooke. We haven't figured out who the person robbing her was, it wasn't that Sam girl cause she was really small and the person robbing her was huge and it had to be a guy. Some people we talked to said they saw nanny Carrie walking around downtown but it couldn't have been her, the robber had to be a guy.
From what we could see there was no one else in the store with her at the time. They first used sophia when the robber grabbed Brooke and motioned to throw her on the ground and she screamed. Then they cut and used the stunt to throw on the ground...but we never saw anyone else in the store with her, but that doesnt mena that there wasnt anyone else hidding in the back or something. Fom what it looked like Brooke really didn't have a chance to fight back cause she was on her way out when the guy barged in the front door an grabbed her.
That's the last scene they filmed and they ended with him throwing her on the ground. They might film an additional scene a different day but I know they wrapped after that...it was also really late too so maybe they were all tired, but that was what they ended with.
Credit: mandylh72590 @ othforums.com

Lucas will share a scene with the trifecta (Lindsey, Peyton, Brooke) in the premiere. One scene. All four. 'The IMDB thing is erroneous. Someone got their facts mixed up.') I don't think anyone will be fast forwarding that scene, especially LP fans.
Credit: Rebecca (curlyhead)

We have confirmed that in the first episode there will be a lot of "dream" scenes.
A lot of rumored spoilers are going around it's Peyton... however... all 3 girls will be filming a scene that places them going to Vegas with Lucas.
So... it's still up in the air as to which girl it will ACTUALLY be.
Credit: Patrick (owner of othforums.com& othfans.com)
monLOVEbrucas, Dean-girlx and 24 others like this
eka-chan Oh my goodness...I'm hyperventilating with the BL possibilities...this is too much!!!
cassie100 THERE'S ALOT OF INFORMATION HERE!! I HOPE LUCAS GETS WITH BROOKE!!
1treehillfan Thanks a ton! And I'm really happy haley has a storyline. FINALLY!
sophialover Guys...check this out!! IT'S CONFIRMED!! 6.01 title is: "Touch Me I'm Going to Scream"!!!
mcewen_girl ^^haha that's awesome!!
mcewen_girl I'm not sure but there is a rumor going around that BL is supposed to be on in the episode that is like in that past or AU or whatever..either way..there is supposed to be some serious flirting.

10
Brucas- How could you cheat on me with my best friend?
added by girly_girl
made by mileyjonasfan21 on YT
video
brucas
brooke
lucas
one tree hill
love

17
Anti peyton - Fuck ya man
added by BruCaS_LoVE
It is pretty obvious that Peyton is in every love triangle in Tree Hill! lol :P
video
one tree hill
anti peyton 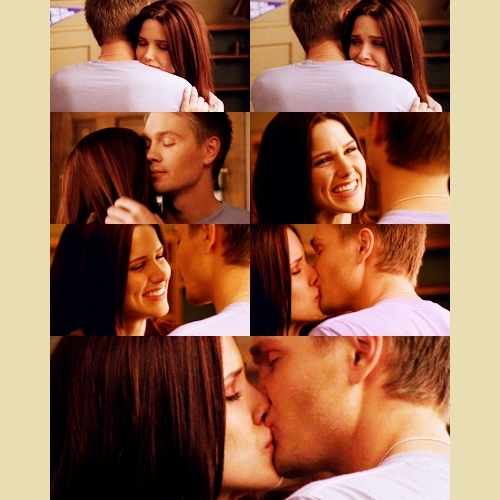 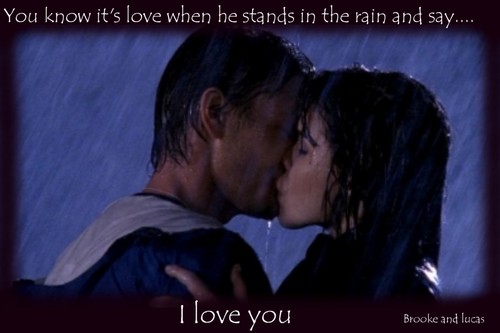