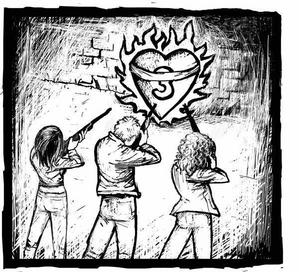 My Leytoner bestfriend and I are checking out my old scrapbook and we found this amazing piece of comparison between LOVE and INFATUATION and we just thought that maybe we can use it here. So with her help, we write this article. She agreed to follow a Brucas and Jeyton perspective but also insert and defend Leyton once in a while. This will be extremely difficult but here we go:

Season1: Lucas always harbored feelings for his half-brother's girlfriend Peyton because they have musical similarities and other introverted preferences. He wanted to be with her because he can relate to her and she to him. Then they gravitated towards each other and right at the moment that they could build a relationship, Peyton pushes him away and then recommends Brooke to pursue him. Brooke has every intention of dating him seriously but also have fun in the process. My bestfriend said that Lucas still wants Peyton even when he is now with Brooke and she predicted he would go find her and well, she was right! Then the betrayal happened with a kiss. Leyton feelings of romance have been there but they never acted on it sincerely and ever tried to make it more than just a 'sneaking-around' passion. Lucas likes Peyton instantly, always had a crush on her. But with Brooke in s2, he got to know her, admired her and finally falls in love with her and he didn't even expect it.

This is a touchy subject because I can see Lucas committing the last one. He had Brooke and Peyton hanging in a balance, bouncing from one to the other. But Brooke only had feelings for him but messed around with Felix and slept with Chris Keller. Peyton was with Jake but she didn't even get to be with Luke; she got it on with Pete first. Then after getting shot, bam, Lucas. The three have their own faults in this area. But the other people they have a thing with are meaningless and the one thing that remains is the one they confessed their love for. Brooke to Lucas. Lucas to Brooke. That's season 3. And Peyton? Isn't it with Jake? My bestfriend agreed that Peyton loves Jake but once he was gone, she fell in love with Lucas again. At first she was denying it and wasn't brave enough to admit this but by season 4, it happened. Our opinions are divided on this. I think P.S was never in love with Luke. She thinks she was and was just pretending not to love him at the same time with Jake.

LOVE motivates positive behavior; INFATUATION can have a distracting effect

I could go on and on as a Brucas fan. First Brooke changed a lot when she's with Lucas and he motivated her to go out of her 'brainless slut' facade and become the best person she is. She did the same with Lucas, opening him up, making him commit, asking what he wants and makes sure they can compromise and agree on each other's justified terms. Their relationship grew and became inspirational to each other. They were the best people once together.

My bestfriend on Leyton: Lucas saves Peyton and he's her rock, providing her with all the strength and never abandoning her. Peyton always had Lucas to turn to when there's nobody else. He was the guy who picked her up after Psycho Derek and who reunited her with his long lost brother. Peyton loves Lucas for being that kind of man to her. And Lucas will always try to keep Peyton together no matter what it takes.

Now distracting effects: even my best friend agrees that Lucas makes Peyton seem weak and selfish. He makes her seem so frail and cuddles her too much. Peyton to Lucas is a damsel in distress. Unlike with Jake, he believed that Peyton is stronger than she is. And s5 is full of the distracting effects on Leyton: Peyton is a bitch to Lindsey. Peyton snaps all the time, trying to get Lucas again, albeit another person's own feelings. She's putting herself first because she needs Lucas. It's a desperate costume for Peyton and I don't like her being reduced to that.

How many times is Peyton so 'broken-hearted' with Lucas in s5? How many times does she feel played around with and alone? Does true love do that to you? Make you regret the present and always go imagining the past you have? Pushing the future to your own accord because you want happiness for yourself alone? Sure, P.S might have wanted Lucas and Lindsey happy...at first...but like with Brooke, she couldn't help herself. She just has to take Lucas. It's the insecure part of her talking. She never had that mean side with Jake.

I'm not saying Brooke isn't insecure. But take Peyton out of the picture, and she's happy with Lucas. She trusts him. She tries to be loyal after the Chris Keller incident. Add Peyton and hell breaks loose. Brooke has her fault for that too, my best friend says, but it's normal reaction if your friend admits feelings for your boyfriend. That's not right. Brucas together are loyal to each other. It was P.S who kissed Luke. Lucas admitted that it didn't mean anything.

We will divide this in three:

BRUCAS was willing to sacrifice and admit that things could not work out anymore. For now. They set each other free and still remained friends. They know they still love each other but for now, they stay friends. They don't go running to each other for a momentary passionate kiss and then go back with their lives, blaming each other for that lapse in judgment. That never happened to Brucas. Even in s5, they listen to each other and never controlled each other to their own whim. Lucas felt stability with Brooke even with just the friendship they have. They mature together than any boyfriend-girlfriend would. And as lovers...wow.

JEYTON taught Peyton self-knowledge. She claimed to learned how to truly love someone with Jake. She claimed that she gained her heart's desire and she wouldn't give it back for the world. And she was rarely selfish with Jake. She was willing to let Jake go to arrange his life and he never made her feel like she's out of place. Peyton is always unsure of her status in a relationship but Jake takes away that fear and helps Peyton to build herself. Not fix her. He made her feel like she's not just a girl needed to be rescued. When he came back for her, he didn't hold her head while she's in pain. He knew Peyton can do it by herself. And Peyton believed it too because Jake didn't limit her to just one option. And when they thought they can't be together, the hope was still there. "Someday," right? Like Brucas, they have to put it aside. For now.

LEYTON is one landslide of rejection, humiliation and selfishness after another. I explained to my best friend (although I haven't fully convinced her) that Peyton went out of her way to make Lucas regret his decision to marry Lindsey ("if you want to break my heart, you don't have to propose to Lindsey to do it") and making it all about her. Lucas constructed this 'perfect love' with him and Peyton in a fictional book, blurring everyone's views and confusing Peyton. God, when there's a book written as an instructional manual to be with one guy, that would make anybody dizzy! Peyton felt like she had to live to the expectations written on the pages. The Molly girl is the epitome of LP fans who think what Lucas and Peyton have is just so worth it. I get that but Lucas' mistake is making their relationship into such a pedestal. It's not. Real relationships aren't like that.


My best friend still wants Leyton to be end game but what we have in common is we're still with Jeyton and she said that if Jake comes back, she might just change her mind. She's a Leytoner who doesn't believe Leyton is that epic. She just prefers them because she's captivated with their whole 'inevitable connection' and the "There's always gonna be there, is it, you and me?" And she's convinced that when Peyton said "I want all the same things that you want and I want them with you" shows that maybe Leyton can be a better couple if Mark allows them to grow and not rely on an autobiographical novel to guide them to success. My best friend also said that Leyton will always exist in OTH, romantic or platonic, and even though Brooke is a favorite, she supports LP. 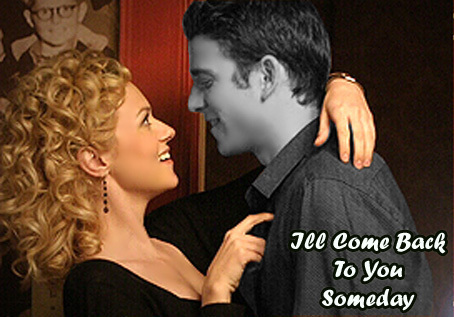 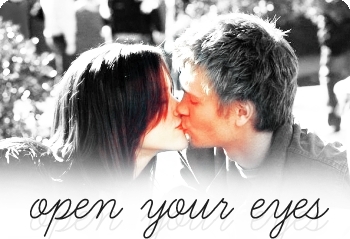 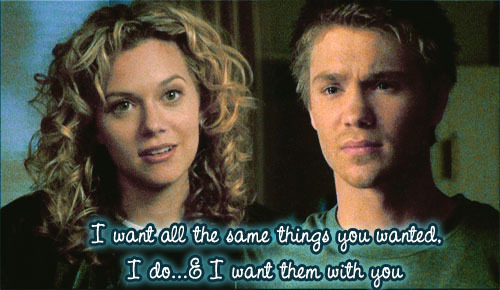 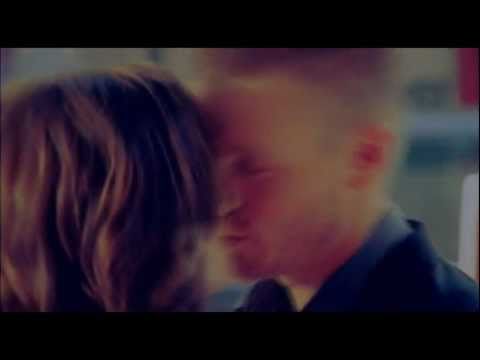 10
Brooke and Lucas 3x22 Fight "A Kiss Always Means Something"
added by BRUCASBELIEVER
One of the saddest moments in Brucas's history.
video
brucas
brooke and lucas
one tree hill