3
BUFFY AND RILEY: "Breaking Up Is Hard to Do"
posted by DR76 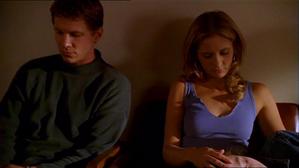 I have read many opinions regarding the breakup of vampire slayer Buffy Summers and her Season Four/Season Five boyfriend, Riley Finn on many discussion forums, blogs and message boards about ”BUFFY THE VAMPIRE SLAYER”. The prevailing viewpoint seemed to be that Riley had ruined the relationship with his behavior and attitude in Season Five. I might be one of the few fans of the show who might harbor another opinion. Then again, I might not. Let me explain.

At the end of Season Three, Buffy’s vampire paramour – Angel – had decided it would be safer for her if he left Sunnydale and her for good. Following Buffy’s graduation from high school, she enrolled in the University of California at Sunnydale. And not long after starting school, she met Riley Finn inside a student bookstore for the first time. As it turned out, Riley was not only a Teacher’s Assistant for one of the university’s instructors (Maggie Walsh), he was also an Army officer and demon hunter for a government-sponsored organization called ’The Initiative’. And unbeknownst to both Buffy and Riley, his mentor Dr. Walsh had been feeding him drugs to enhance his physical prowess. Not only did the couple spend most of Season Four coming to terms with Riley’s participation in the Initiative, but also dealing with Maggie Walsh’s other experiment – namely a human/demon cyborg hybrid named Adam. But after their adventures with the Initiative, Adam and other demons; Riley resigned from the Army and became part of the Scoobies.

But all was not as well as it seemed by the beginning of Season Five for Buffy and Riley. Buffy began sneaking away from Riley at nights to engage in her usual Slayer activities. She suddenly found herself the older sister of a fourteen year-old adolescent girl named Dawn, who was in reality a mystical object known as the Key transformed into human for by a group of monks and sent to Buffy from protection from a hell god named Glory. The drugs that Maggie Walsh had fed into Riley began having a deteriorating effect upon his health. Riley had the drugs removed from him via an operation by a former Initiative doctor and became slightly weaker. Buffy discovered that her mother, Joyce Summers, was diagnosed with a brain tumor. Worst of all, Riley began harboring suspicions that the blond vampire slayer did not really love him. It finally ended for Buffy and Riley in (5.10) “Into the Woods” when two things happened: 1) Riley was approached by his old friend, Graham Miller, to consider rejoining the Army and a new version of the Initiative; and 2) Buffy learned via chipped vampire Spike that Riley was seeing vampire whores who suck his blood for money. After a bitter fight between the two, Riley left Buffy and Sunnydale for good.

Ever since ”Into the Woods”, many ”BUFFY” fans have placed either most or all of the blame of the couple’s breakup upon Riley’s shoulders. First of all, many have accused his character of over-the-top machismo. They claimed that Riley could not handle being physically weaker than Buffy after his operation in (5.04) ”Out of My Mind”. They used his actions with the vampire whores as example that Riley tried to be “monstrous” enough to be a worthy mate for Buffy . . . and fell short.

I must admit that I found the above claims about Riley very hard to accept. Granted, he possessed a black-and-white view of the world before meeting Buffy. And this conservative viewpoint led him to join the Army, allow Maggie Walsh to recruit him into the Initiative and help the latter capture Oz in (4.19) “New Moon Rising”, despite Buffy’s protests. But Riley made bigger mistakes. After resigning his Army commission, Riley should have taken the time to make a life for himself outside of Buffy. He could have continued his studies at UC Sunnydale or try to become a teacher. Perhaps one of the reasons he failed to pursue another profession was that the only life he really wanted was in the military. I see nothing wrong with that. As long as Riley went through life with his eyes opened and without the naivety that Maggie Walsh had exploited in the past . . . he could be on the right track.

But Riley tried to make his life all about Buffy (just as Spike would attempt to do so between late Season Five and Season Seven) and it was another mistake on his part. Even worse, he failed to inform Buffy of his true feelings about everything – his lack of a direction in his life, the vampire whores and Buffy’s growing emotional distance - until it was too late. Quite simply, Riley made three major mistakes. He failed to make a new life for himself outside of Buffy, he cavorted with vampire whores in order to explore his inner darkness and most importantly, he failed to communicate with Buffy.

On the other hand, Buffy also contributed to her breakup with Riley. I suspect that she had been using Riley as rebound from Day One of their relationship. She was not only rebounding from Angel's departure, but also from the idea of a relationship with a supernatural being. To her, Riley was her ”Joe Normal”. And this was a mistake. There is a chance that some part of Buffy had deep feelings for him, but I doubt that it was enough for a long term relationship.

But the one thing that really annoyed me was Buffy's habit of treating Riley like fine china, following the operation to remove his physical enhancements in "Out of My Mind". So what if he had lost some of his strength? He was still a competent demon hunter. He certainly proved that in (5.07) "Fool For Love". Instead, Buffy treated him like a damsel-in-distress by insisting that the Scoobies help him hunt down the vampire that attacked her. In other words, she became ridiculously macho when it came to Riley. She failed to remember that Riley was an experienced demon hunter, who could help her deal with vampires, demons, etc. a little more effectively than the other Scoobies. It almost seemed as if Buffy was treating Riley with a patriarchal air. And that was a major mistake for her to make with a strong-willed personality like Riley. Another major mistake that Buffy made was like Riley, she failed to communicate with him. Many fans pointed out that Buffy was too busy dealing with Joyce’s illness and the appearance of a new sister to deal with Riley’s demons. But if Buffy could confide with Spike about Joyce’s illness in (5.08) “Shadow”, why did she wait so long to do the same with Riley? Why did she confide in Spike first?

I suspect that in the end, the real problem with Buffy and Riley was that emotionally, they were too similar to each other. Each, in their own way, possessed a . . . masculine personality. And instead of creating a balance between two people, it created conflict in the end. Neither of them were really honest with each other. Both had a problem with communicating
brileyforever77, lauraxoxo and 1 other like this
Xeginy This is the most articulate article I've read about Riley. I agree, it's a mistake to boil Riley down into some macho stereotype. Their relationship (or lack of one) is a lot more complicated than that.
3
'Buffy the Vampire Slayer': Warner Bros. sinks fangs into reboot
posted by LovingLucy
by Sandra Gonzalez
Categories: Movie Biz, News, Remakes

While details are sparse, filmmakers claim the movie would not revisit the vampire slayer’s high school days, attempting instead to capture the “witty, tough, and sexy” heroine in a new way. The team behind the project includes Dark Knight producer Charles Roven and relative newcomer Whit Anderson. The movie could hit theaters in 2012 or late 2011, according to the L.A. Times.

What do you say, readers? Is it time to bring Buffy back from the dead?
6
The Top 10 Things I Wished Had Happened in Buffy
posted by GemonkDruid

#2!
Most of these are very strange thoughts. Yes, I have a weird brain. These thoughts will be organized in the form of three questions: What if?, Why?, and Why not?

1. What if?: As a result of a spell going wrong, the Scooby gang was turned into children?

Why?: Spells going wrong are always hilarious. Besides, it would be a very light and fluffy episode, which I thought was what BtVS needed at times (screw you, Marti Noxon).

Why not?: It would be kind of hard to find child stars. *shrug*

2. What if?: We were shown that one time that Spike and Angel were intimate?

Why?: Because it's torture, man! And...
continue reading...
4
CORDELIA SEASON 2 QUOTES
posted by willow96 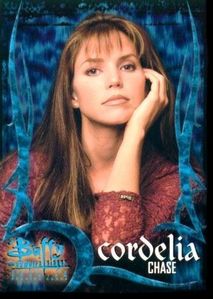 cordelia season 2
"I ran. I think I made it through three counties before I realized nobody was chasing me"

"Gee, Xander, what are you gonna teach when you fail in life? Advanced loser-being?"

"Damn it, Xander, what's going on? Who died and made you Elvis?"

"I aspire to help my fellow man.'Check. As long as he's not smelly, dirty or something gross"

"It was a nightmare, a total nightmare. I mean, they promised me they'd take me to St. Croix, and then they just decide to go to Tuscany. Art and buildings? I was totally...
continue reading...
3
ANGEL(US) SEASON 2 QUOTES
posted by willow96 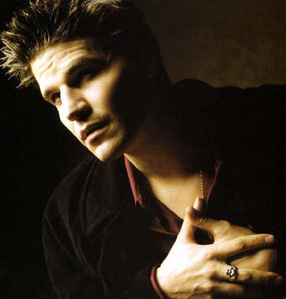 angel season 2
"She's cute. Not too bright, though. Gave the puppy dog'I'm all tortured'act. Keeps her off my back when I feed!"

"I want to learn from you. But I don't want to dress like you"

"This isn't some fairy tale. When I kiss you...you don't wake up from a deep sleep and live happily ever after"

"Things used to be pretty simple. Hundred years, just hanging out, feeling guilty, really honed my brooding skills. Then she comes along. Yeah, I get jealous."

"She made me feel like a human being. That's not the kind of thing you just forgive" 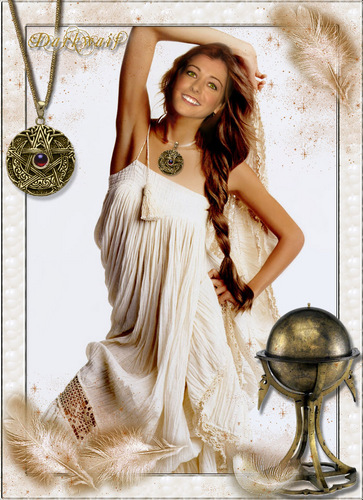 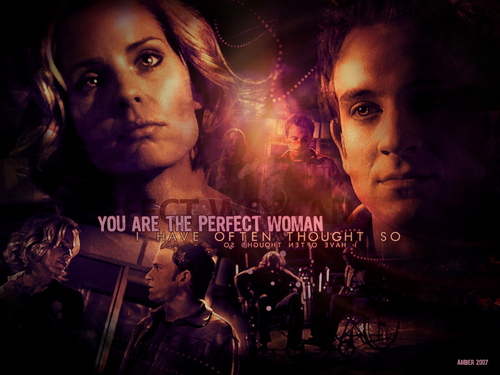 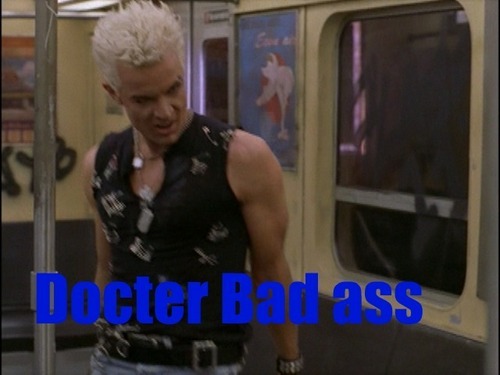 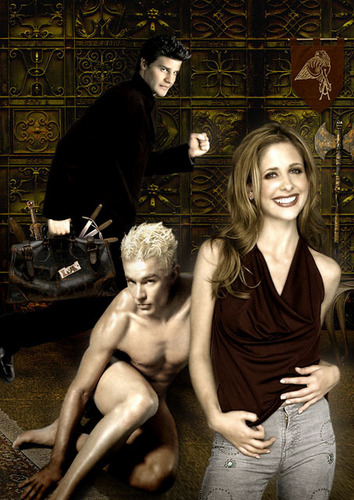 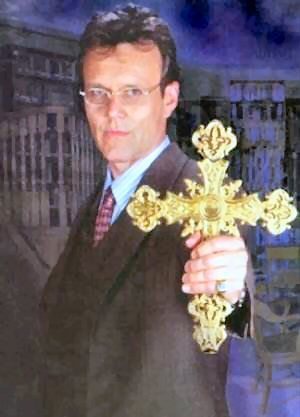 Anthony Stewart Head
added by spikes_girl
Source: Not mine

3
Le Disko
added by ArabellaElfie
Clips from pretty much every season. Everything belongs to their respective owners. Their is a really nice montage about 2 mins in.
video
buffy
the
vampire
slayer 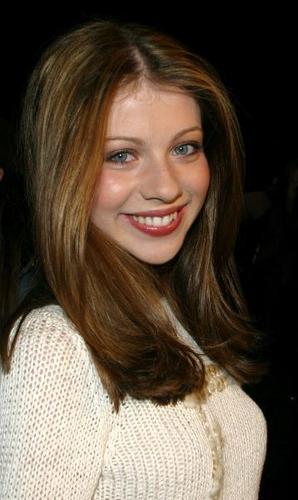 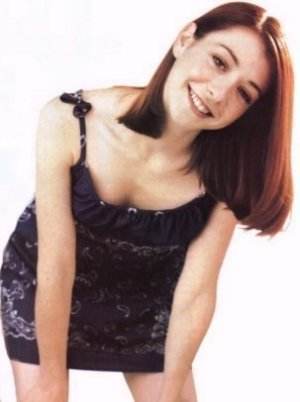