9
Reunited: A Buffy and Spike fan fiction
posted by spikes_girl


There he was. Standing there. With his hands in his pockets, appearing to look relaxed, but she could see his fingers moving around in his pockets. Twitching. Anxious. He was sopping wet from the rain, the thunderstorm that was going on right now, that she didn't hear. It wasn't her heart. Thumping, pumping in her ears like it would have back in high school when talking to some cute guy. No. Instead, her heart had stopped altogether. She couldn't her a thing. Not the furnace, radiating warm air into the house, or the dishwasher in the kitchen making it's loud, obnoxious churning noise. Not the bobby teen music Dawn listened to, which she had put in because she couldn't find any decent records. He just stood there, his hair dripping with rain water, and face composed into a serious expression.

Buffy stood there, still gathering her thoughts and emotions, which were swirling around in her head like a mixer. For a brief moment she remembered back at Doublemeat Palace, where Willow had dumped the demon lady into a processor complete with spinny, choppy blades ready to slice. Each thought was dumped in, cut up, then a new one would pop up.

"Egh?" Her words bubbled in her throat, making an almost burning feeling. Her tongue rolled over the words in a slippery motion, not comprehending them. "Ungha?"

Spike chuckled. "A little disoriented are we pet? That's understandable. I guess we all need time to adjust." She didn't reply. "S'okay. I'll wait as long as you like." The corner of his mouth tugged up a little. "Although a little invite would be nice. Crazy out here, cold and rainy. What do you say I come into your nice little cozy home?" He lifted one eyebrow.

Her brain sent wild messages to her body, sending out signals that didn't make sense. Only one thing made sense. She pulled him into a passionate kiss, or more pushed him. Out farther, off the porch and into the wild storm. She was almost violent as she forced herself onto him, grappling for his neck, feeling his skin. He had lifted her up off the ground as she kissed him, and Buffy didn't know where anything was. She felt the rough of his leather, the smoothness of his skin, the heavy breathing coming from his lips whenever she would pull back, but only for a fraction of a second before kissing him again, hard, and wet.

Suddenly she stopped and he immediately set her down. She looked at him, squinting through the pelting rain. "Spike?"

"Finally figured it out love?" He was smiling, and it was beautiful, and it was soon over when her fist connected with his jaw. He let out a cry of pain and stumbled back.

"What the bloody hell was that for?" He yelled at her through the noise of the thunder and rain.

Her question was so simple, so direct. Her voice was ragged, cracked. Like it had broken down and it needed to be repaired. Spike's heart, dead and silent, reached out to this beautiful girl. Standing there in the rain, her hair wet and sticking to her face, makeup smudged and tears stinging in her eyes. He wanted to reach out and touch her face, for it was more beautiful than he had ever seen it. Soaking from tears and rain, what any other man would have considered hideous, he yearned even more to stroke it, caress it, till it was cold and dead, and her brown eyes saw no more and her heart was silenced.

"Where did you go?" She repeated. Her voice was almost gone. She coughed loudly.

"You wanna go inside? I could explain-"

"No!" The force of her new found voice was startling, but Spike had expected it. She wouldn't want to wait. She would want to know right away. She was restless like that.

"I'll make it short alright? I died, I was brought back to life, I hung with Captain Forehead for a while before I could come to see you. I wanted to right away love, see, but I couldn't leave LA. I went all Casper on them, but ol' Miss Burkle fixed me up all right and proper, after some work and a little demon, a little killing, a little possessing. Nothing serious. I came as soon as I could." He looked at her, waiting for a response.

She turned around and walked inside. "Come in...Spike." She finished slowly. He stepped over the threshold and looked around. He grinned.

"What is it?" She asked at his smile.

"Nothing's changed." He replied. "Where is everyone?"

"Willow and Kennedy are currently in Brazil, last time I checked Giles had a last minute appointment in Hong Kong before he was coming back, Xander and Andrew are in Rome, and Anya is in Africa, talking to some demon or other who she knew from a while ago. He might have a slayer." Spike nodded, a little disoriented by the sudden rush of news, but didn't ask any questions.

"And all these slayers?"

"Go to Italy, where Robin, Faith, Vi, Rona, and some others are training them."

"Stay here for the time being. Me and Dawnie are heading off to Cali in a couple days, we got some errands. Giles should be back by then. And," She turned to look at him. "Why am I telling you all this? You were gone, for three months, you were alive, and you didn't tell me!" She was angry again. She was beyond anger. She was furious and crazed. "Why the hell wouldn't you?! You think I wouldn't care?! You think I wouldn't care if you," She pointed at him. "Were alive again? Why would you think that? Why?!" She shouted, her voice ringing in the living room, shaking the walls.

"Because you don't love me!" He yelled back.

She froze. All motion froze. All breathing stopped. "Okay. When you said I didn't, back there, I let that go because I knew there was nothing I could do to save you. There was no time! I wanted to tell you all these things, all these complicated things that just came up in that moment! But I still thought that some part of you would die knowing-"

"What am I supposed to think Buffy? I'm about to die. I'm about to save the world. And at that moment, I don't know, maybe you think I'm a good man, and the only thing you can say is I love you. But how could you love me Buffy? How could you love this?" He gestured to his wet and soaking body.

"Because I'm a killer! Just because I've got a soul doesn't mean-"

"What is this? I tell you I believe in you, you believe me. I tell you I love you, which is what you've been wanting to hear for the last three years, and you just brush it off? Say it's a spur of a moment thing? Didn't I ask you to stay?"

He remembered back to the night she had asked him that, and his heart ached with the glorious memory of it.

"You said I was a hell of a woman. Does that mean I can't love you?"

Buffy strode to his side of the room. "Change." She commanded.

"Change! Go all vampy! Turn into your 'true self'. I wanna see it. Now." He looked to see if she meant it, then shook his head a little. The weird sensation pricked through his body like ice for a moment, then he looked at her.

"What do you want this for?"

She started at him for a long time. He waited, unmoving. Slowly, she raised her hand until it was centimeters away from his face. Then she laid her hand there. Just there. Of all the things she could've done, this was the best, and Spike's love for this woman swelled inside him.

"Buffy." He sighed. She started stroking his face, his forehead.

"See?" She said, smiling ever so slightly. "There's nothing to be afraid of." She leaned in and kissed him. Her hand cupped around his neck and pulled him closer. Her lips, warm and inviting moved with his gently.

When she pulled away she said, "See? You're Spike and I'm Buffy. That's the way it's supposed to be."

She leaned in again and kissed him softly. "The way it will be."

She waited for him to reply. He looked at her face and tried to really see if she was telling the truth. She continued to stroke his face in a rhythmic motion. Her eyes were brutally honest and ached with pain for him to believe her.

"The way it will be." He repeated. She smiled, and kissed him again. This time, he kissed her back.
shannelle69, OCFan123 and 7 others like this
Starwarschick18 OMG Cat u R a fabulous writer! I loved this fan fic! Especially the sex scene wow was that part crazy interesting 2 read!! 5 stars for u !! Keep it up!!!
spikes_girl I'm not good with the romance...it probably could've been better LOL but I'm glad you liked it!
starlit_night Wow. That's amazing!!!!!!!!!!!!!!!!!!! I definitely would have like, mangled that if i had tried.
ArabellaElfie Cat, Last time I opened word and played around and sort of did a Beta on it but this time- well I simply can't. I tend to get very emotionally attached and involved in shows and fanfiction - I have cried and not slept because of fanfiction, I have laughed out loud and once nearly choked on one of my root beer candies you all know I suck on like crazy. This story is the nice sweet type, the blend of romantic love and crazy longing, the chemistry that exists between Spike and Buffy because that's who they are, those two characters that are living constrasts but so perfect for one another you ache to see them apart. The sweet and the spicy, hot and soft, it's just them. And this was a wonderful little look into a possible Spuffy window. I'm not crying yet but I have those tears, the happy ones, that sort of live at the bottom of your eye and make everything sort of watercolor pretty, and it's because of what I just read. I'd tell you the Buffy was perfect, I'd tell you that the Spuffy and the style you used were outstanding, and I'd tell you that this, right here, is what makes me have those happy tears: [i]"See? You're Spike and I'm Buffy. That's the way it's supposed to be." [/i] I'd say this all but what I want to do, right at this moment, is just thank you for sharing this with us because - bloody tear! - you emotionally connected me to a couple in a moment that makes my heart both still and overflow.
spikes_girl Aww Katie...now I have the bloody tear! Thank you so much. I've never had such wonderful praise.
jessica101 I loved it! Great job Cat.
spikes_girl Thanks Jessica :) 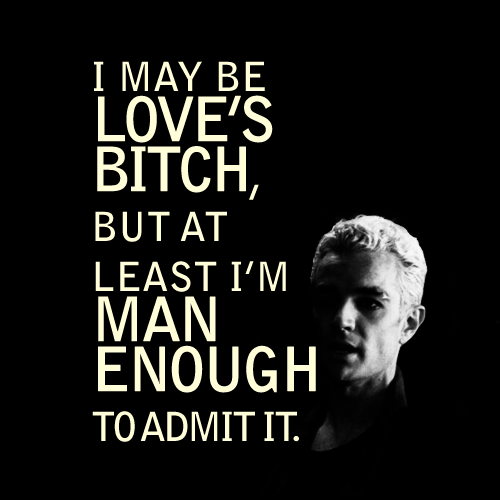 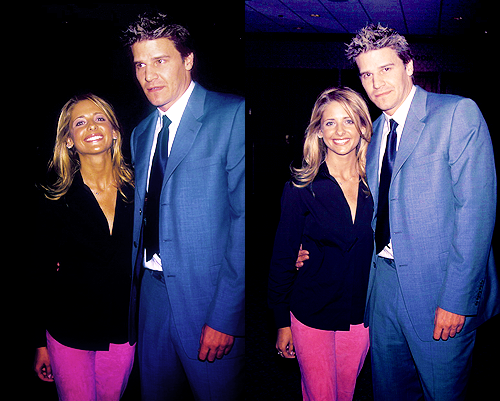 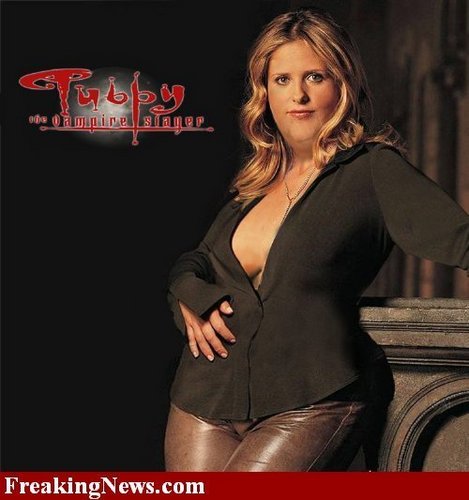 4
too many double meat burgers?
added by amazondebs
Source: freakingnews.com 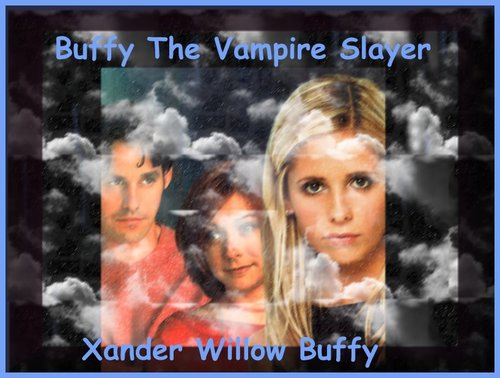 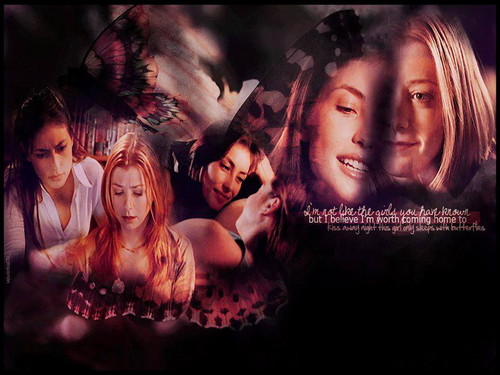 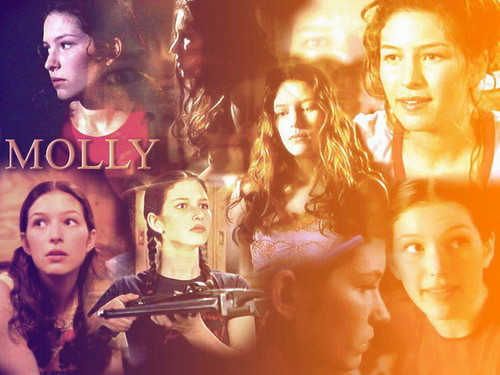 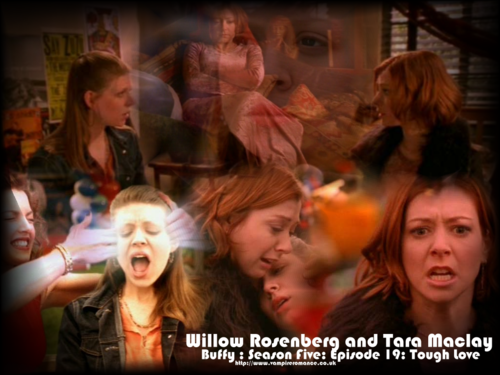 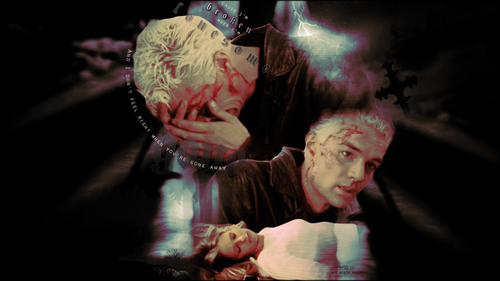 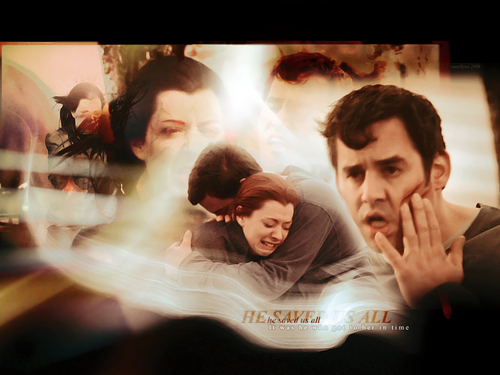 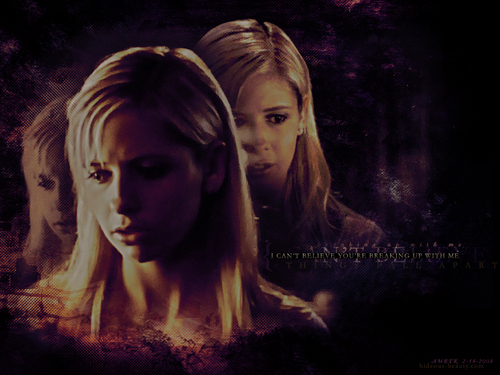 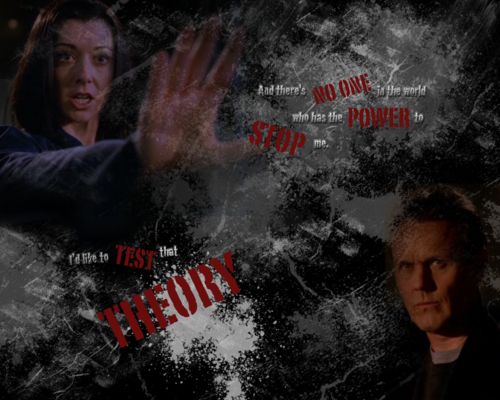 two to go willow and giles btvs
added by SaraMarie44
Source: me 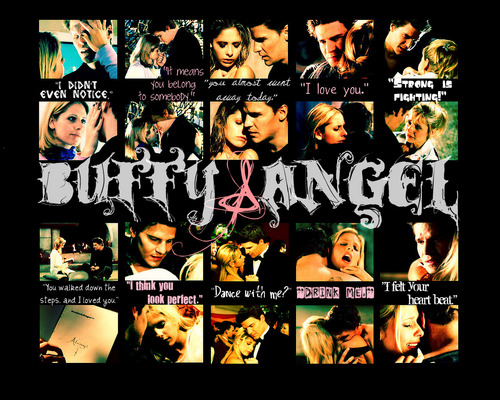 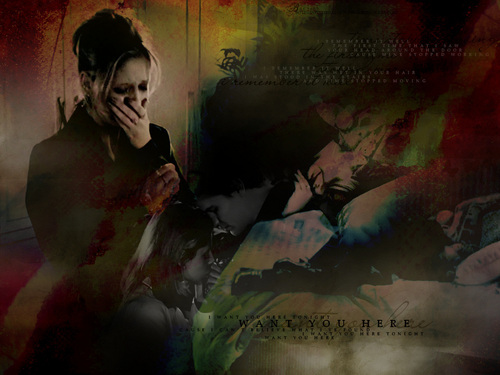 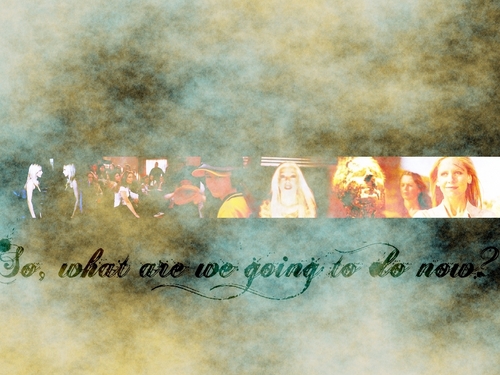 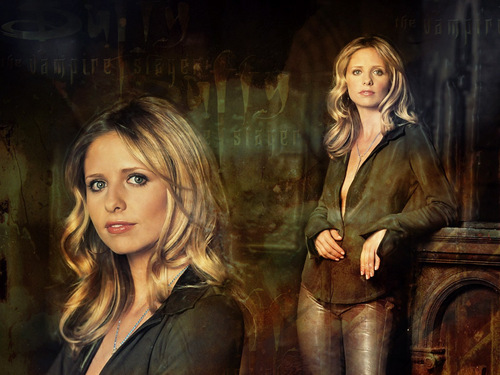 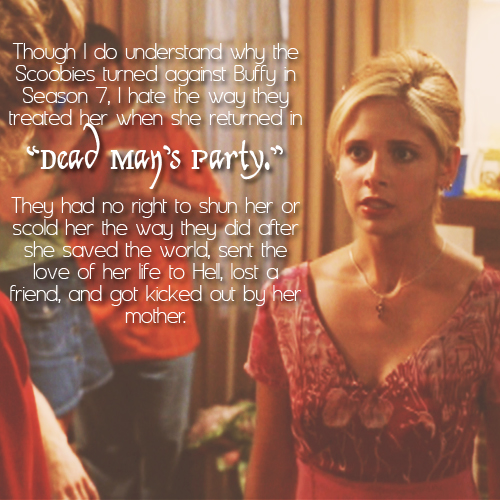