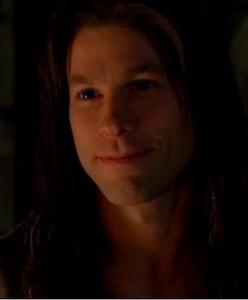 Greetings, fair denizens of the Fanpop Realm. It is I, Groosalugg, contacting you from the place once called Los Angeles and now redubbed "Hell," although it is my understanding that the citizens here and elsewhere called it that long before it was actually enveloped by flames.

After my successful recap of the events preceding the story of Volume the Seconde of ANGEL: AFTER THE FALL, a strange behest found its way into my cyber parchment mailbox. I soon discovered, vigilant as I am, that the cyber parchment was from one who claimed to be the Lord of the Fanpop, with a request that I blog a review of his bright little fiefdom in the Realm of Cybre Space. His hope was that the effects of the "Groo-induced-vapors" that the man-woman Ry-all had feared would in fact tempt other surfers of the inter-oceans into the Fanpop Realm. Such is the appeal of I, Groosalugg, survivor of the Scum Pits of Ur, Champion of Pylea, and proud originator of the 4,000,000,543rd most popular weblog in all the land. As one may plainly see, the Lord BrinteyFan2005 has been overtaken, and thus must now be redubbed, as it is blogged in the Entry of July 17th, 2008. Conquered as well is blogger PkmnTrainerJ, who as I understand it is also a knight of the Fanpop. Many apologies for this, Sir J, but such is the Contest of the Popularity.

But I digress. Stay on topic, we must, for the sake of all Fanpopdom, and its Lord Papa. In tradition of the Great Recap, I shall gladly triumph the great cause of the Fanpop! Such fans exist in this small little corner of Cyber Space that I, Groosalugg, have not seen anywhere else in the land! This Fanpop Realm is a happy place in a not-so-happy world, similar, perhaps, to the Great Land of Silverlake, ruled by the adept Krevlorneswath of the Deathwok Clan, scorn of Pylea but pride of the Earth-Dwellers.

This Fanpop Realm is one of joy and frolicking, and dances of the joy and of the frolicking, and one may find many different guilds to join at one's leisure. The guilds consist of still portraits and moving pictures with sound called videos, as well as bold quests titled "picks" and great speeches dubbed "articles" or "soapboxes." Be not fooled! These soapboxes contain neither soap nor boxes, so if you are in need of cleaning yourself, or you need a box to store your many valuable artifacts like the Magazine of Playboys, then you will most likely be unsuccessful searching for these things in a guild, which are colloquially referred to as "spots" or "clubs." The Fanpop Language is a strange, but not incomprehensible vernacular. These words must take getting used to, just as the vocabulary of Earth and its Interweb needed to acclimate itself to Groosalugg.

I find that I cannot express the true greatness of The Fanpop in words alone. Just as many have tried and failed to capture my own greatness in writing, one must accept that the only way to appreciate the true awesomeness that is the Fanpop is to experience it for yourself first hand. So off, fair denizens of the Fanpop Realm, I encourage you to "comment," and to "pick," and to "watch" and to "read," all of these simply synonyms to the word "enjoy!"

Alas, it is time for me to take my leave, but do not be under the impression that this wasn't most enjoyable. I fear that the contraption which sings and vibrates is calling for my attention, and I should answer the voice that is attempting to reach me through it. I hope that it is not that man Oh Bah Ma calling again to ask if I have voted. What is this vote that he speaks of, and why shall it matter when we live in a Kingdom of Fire and Brimstone? Ah, such is the silliness of humans.

So hopefully, once more, I have inspired the LOL (LONG-FOR-GROOSALUGG OUT LOUD), and assure you that I shall return in the ANGEL: AFTER THE FALL series of tomes, never you fear! You have not heard the last of Groosalugg.

Comments are enabled for this blog post. Tyrannosaurus_Sex_69_4ever be dammed!

---------------------------
Listening to: The laments of those who have been defeated by I, Groosalugg. Also, Deathcab For the one called Cutie.
Amber132, lovedeath26 and 7 others like this
Cinders For those unfamiliar with Groo: This article/fan fiction is based off of the introduction to Angel: After the Fall Volume 2: First Night, in which the character Groosalugg (with the voice of a medieval knight) updates his blog with a recap, declaring that it will be such a recap, that the events that happened before the recap would forever be known thereafter as "foreshadowing of the recap." I figured that it would be interesting to see Groo review Fanpop in a similar, glowing capacity. The fact that he believes Papa to be the "Lord of the Fanpop" is nothing against Cliff, Michael or Dave, but simply reflects Papa's not-so-legitimate ambitions. ;o)
papa Wow. Go forth Groosalugg! 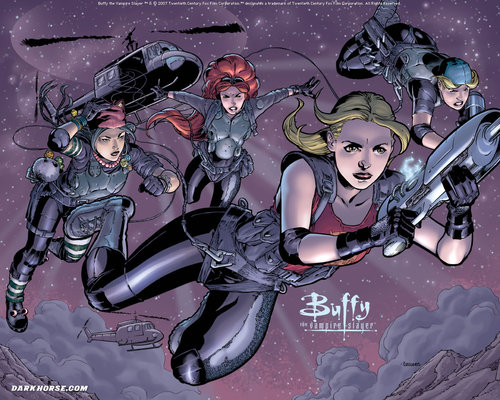 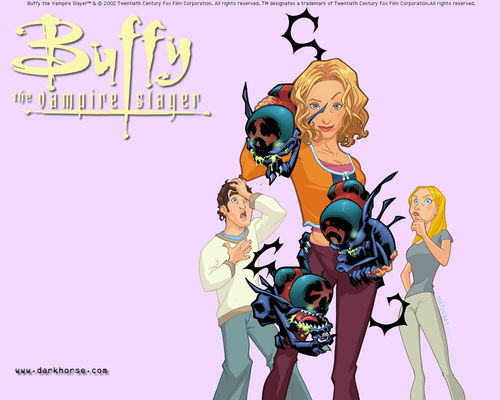 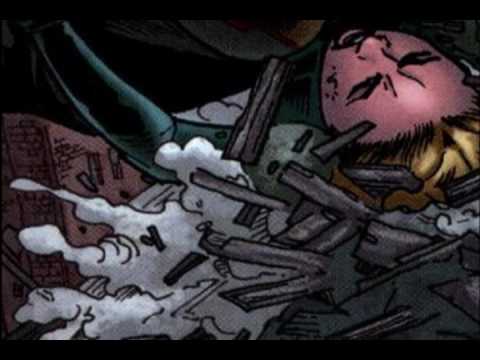 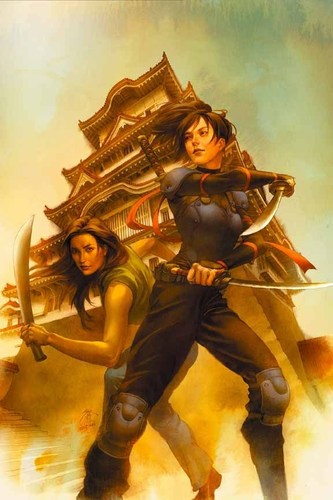 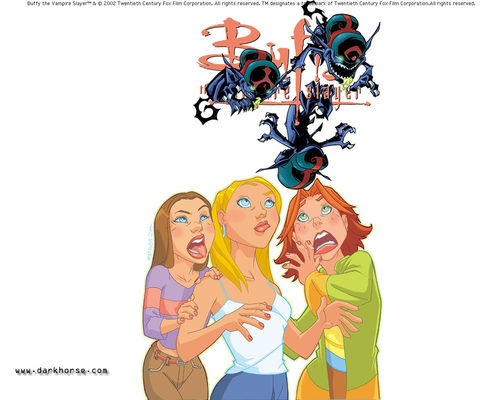 2
Buffy, Spike, and Angel - Apologize
added by nosemuffin
This is an AU video set during/after the events of the comic series Buffy the Vampire Slayer, season 8 and Angel/Spike: After the fall. Its set to Apologize by One Republic and made by Simplybuffbuff of Youtube. Story posted in comments.
video
buffy the vampire slayer season 8
music video
one republic
apologize
spike
angel after the fall
david boreanaz
james marsters
sarah michelle gellar 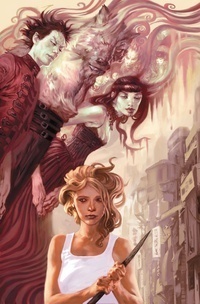 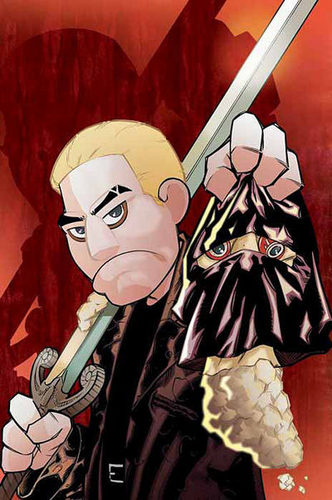 2
Angel: After the Fall - Chapter 10
added by nosemuffin
This is a reenactment of Angel Season 6: After the Fall, part 10, made with video game animation. Made by Smartjoe299 of Youtube.
video
comic
joss whedon
buffyverse
video game
smartjoe299
angel season 6
after the fall
animation
youtube
chapter 10