Snickers-Snickers is a chocolate bar made by the Mars family. It consists of peanut butter nougat topped with roasted peanuts and caramel, covered with milk chocolate.Snickers is the best selling chocolate bar of all time and has annual global sales of US $2 billion.

Nerds-Nerds are a form of candy currently sold by Nestlé under their Willy Wonka Candy Company brand.Nerds are of varied flavors and varied colors, ranging from extremely sweet to extremely sour; often the two flavors in one box will contrast, and a single flavor may even exhibit both extremes.

Tootsie Rolls-Tootsie Rolls are chewy chocolate-flavoured candies that have been manufactured in the United States since 1896. They are one of the best-selling candies in the world.

Life Savers-Life Savers is an American brand of ring-shaped mints and artificially fruit-flavored hard candy. The candy is known for its distinctive packaging, coming in aluminum foil rolls.

M&M's-
&M's are candy-coated pieces of milk chocolate with the letter "m" printed on them, produced by Mars, Incorporated. Popular in the United States, several variations of the candies exist, including plain milk chocolate, peanut, peanut butter, mint, dark chocolate (with and without peanuts), and almond. Not all of these varieties are available worldwide however. First produced in 1941, the candies were originally manufactured in brown, yellow, orange, red, green, and violet. Tan replaced violet in 1949. Blue replaced tan in 1995.

Reese's-Reese's Peanut Butter Cups are a brand of chocolate candy filled with peanut butter, marketed by the Hershey Company. They were created in 1928 by Harry Burnett Reese, a former dairy farmer and shipping foreman for Milton S. Hershey. The H. B. Reese Candy Co., established in the basement of Reese's house in Hershey, Pennsylvania, merged with the Hershey Company in 1963. Reese started making peanut butter cups around 1928, along with other types of candy.


Twizzlers-Twizzlers are a popular brand of fruit-flavored candy in the United States (often called a licorice candy, though usually incorrectly since most of its flavors do not contain the licorice extract of traditional black licorice). They are the product of Y&S Candies, Inc., of Lancaster, Pennsylvania, now a subsidiary of The Hershey Company.


ButterFinger-Butterfinger is the name of a candy bar made by Nestlé. It has a flaky, orange-colored center somewhat similar in texture and taste to peanut brittle, that is coated in compound chocolate.

Skittles-Skittles is a brand of chewy fruit candies produced and marketed by Mars, Incorporated. They have hard sugar shells which carry the letter S. The inside is mainly sugar and hydrogenated vegetable oil along with fruit juice, citric acid and natural and artificial flavors.

Candy Corn-Candy corn is a confection popular in the United States, particularly around Halloween. Created in the 1880s by George Renninger of the Wunderle Candy Co., the three colors of the candy are meant to mimic corn.
smartytarts, fishypup and 4 others like this 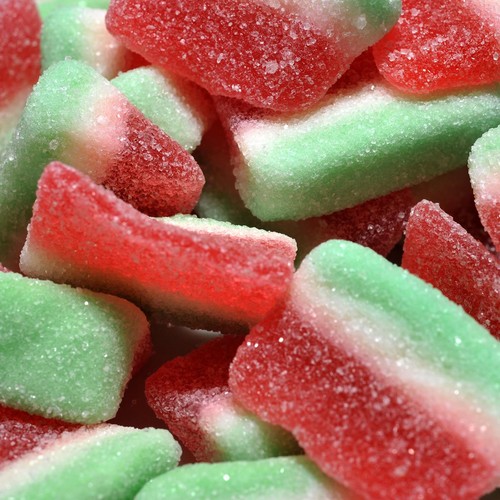 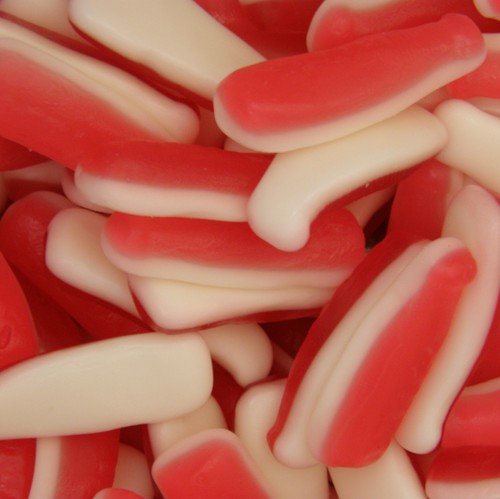 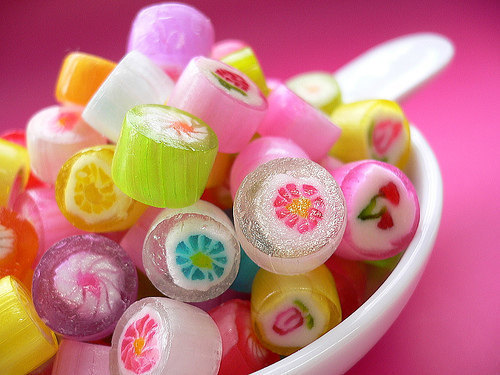 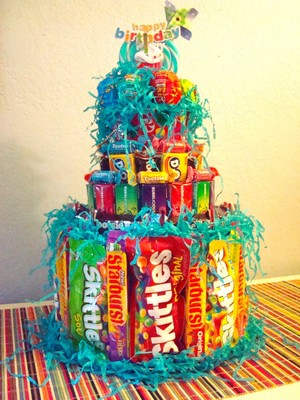 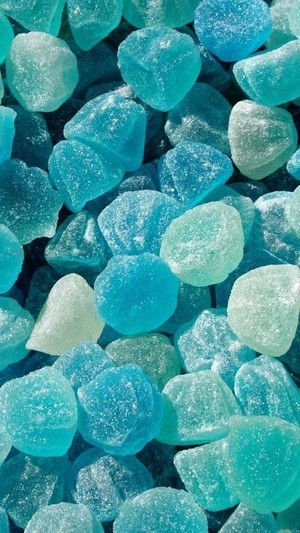 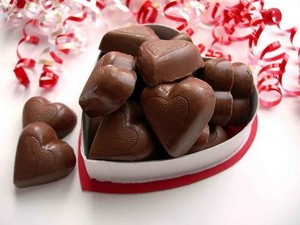 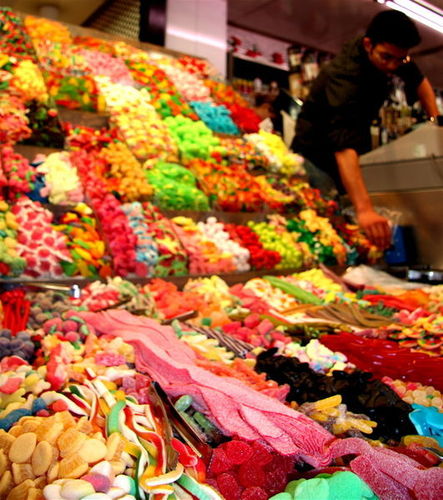 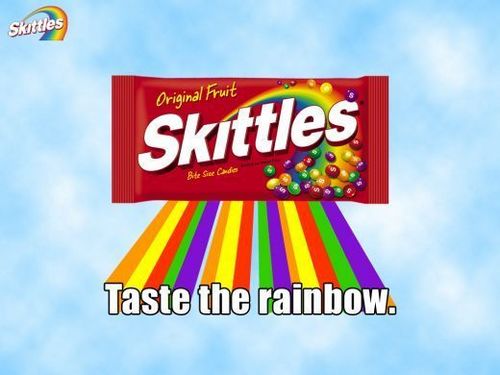 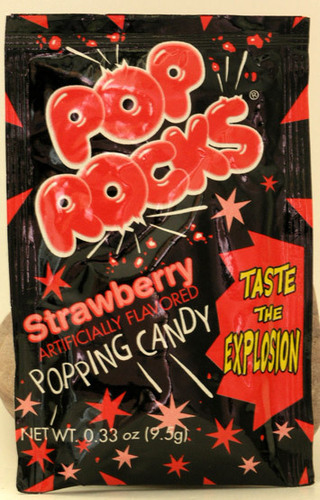 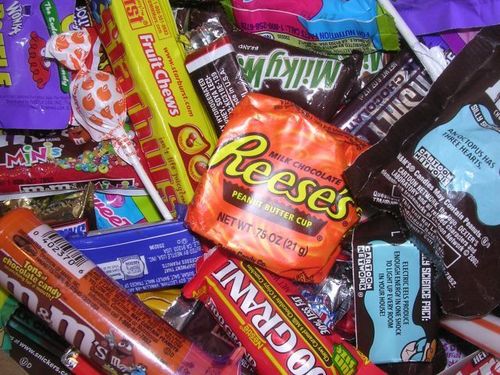 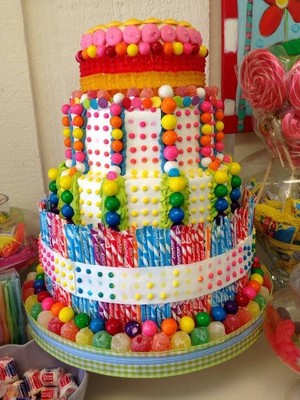 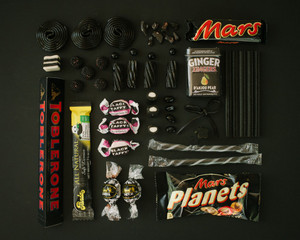 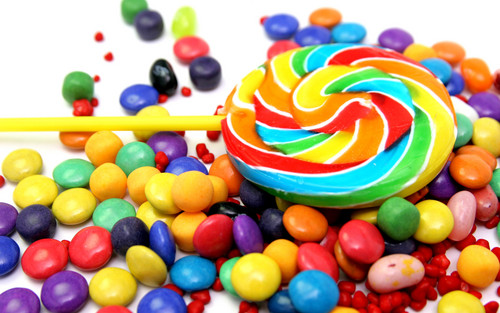 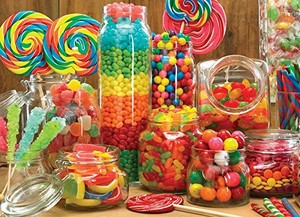 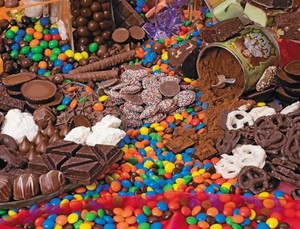 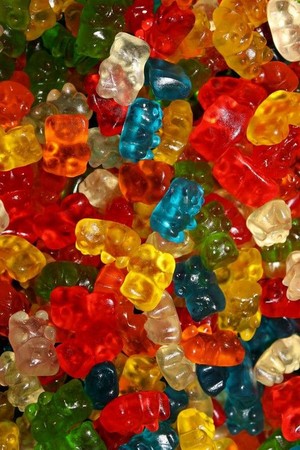 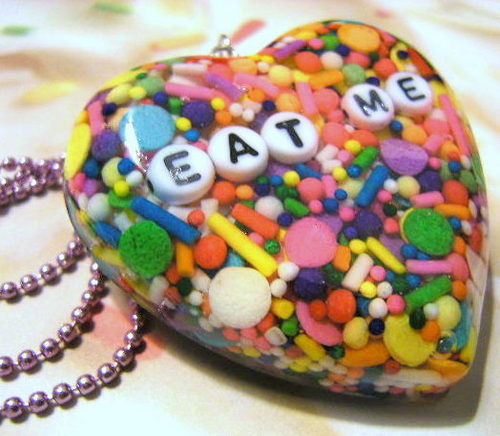 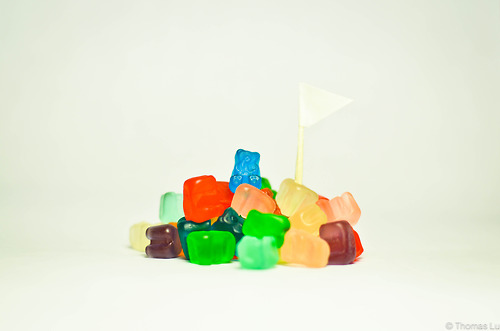