1
Caroline's Mr. Right?
posted by orkneymatrix
Okay, so Caroline has had her fair share of love interests in the past. In fact, the only real storyline she had which didn't include a new man on her arm was her transition into a vampire. Am I the only one who thinks she needs something more interesting to do?

Note: I am trying to be as unbiased as possible on my ship preferences, so please don't start ship wars on anything I say.

Briefly, Caroline liked Stefan. And really, who wouldn't? The hot new guy? Sure, we can understand that. He rejected her though, in favour of Elena. Because really, according to Caroline, who would want her over Elena? She didn't seem to take things too harshly though, as by the next episode she was shacking up with his brother. Glad to know she has a little respect for herself. But slowly, they dragged that storyline back. They're friends. Awesome. Stefan needed a replacement for Lexi and Caroline needed a guy on the show who wasn't another love interest for her. And who loves the irony that although its Stefan who teaches her control as a vampire, she soon has to become his mentor in self control? Lexi seems to think there's something between them, so who knows? Maybe Stefan can be boyfriend number seventy-three.

Needless to say, Damon came along at just the right time to bed Caroline. She was desperate, dejected, and who better to sleep with than the brother of the boy who just broke your heart? Karma's sweet. She certainly got the shock of her life when the fangs came out, and he wasn't best impressed with her assuming vampires were like Edward Cullen. Thank God they're not. We don't need pale disco balls moping about this show. The dynamic never was right with this two, but then, it never was meant to be, was it? Damon didn't care about her. Well, that was until he'd long since told her she was selfish and bratty, sending her into Matt's arms. Oh, look. Another Salvatore brother doesn't want her, giving her room for a new love interest to console her. How original. Caroline may not like the fact that Damon's dating Elena, but they have developed some form of a friendship now. Despite his attempts to stake her.

Since the Salvatore boys are after Elena, who better to turn to for comfort than Elena's ex-boyfriend? Sure, they try to ignore their feelings, but its only a matter of time before they end up making out in the middle of the road. And considering her former losses to Elena, its no wonder that she suspects Matt of still loving his ex. And let's be honest. He probably does. And then there's the fact that although she pushes him into breaking up with her, Caroline soon ends up serenading him with "Eternal Flame." Poor Matt. He has no idea how serious she is when she sings "eternal." Its just sad that he has to realise he loves her after she becomes a vampire and that she finally tells him she loves him too only a matter of hours before his best friend kisses her. Oh, look. It took no time at all for that to happen. And then, so as to end the suffering of seeing Matt and Caroline moping without each other, there's a time jump.

Tyler may have teased Matt when he first fell for Caroline, but give him some time and he's feeling the same. This, I can understand. She was there for him. Feelings were bound to blossom. But then he kisses her just after she's confessed her love for his best friend and it gets complicated. He flees town without a word of goodbye and then almost kills her -- numerous times. The time jump's handy. Not only does it allow Matt and Caroline to get over each other, it also moves to the precise moment when Caroline and Tyler get together. And what happens then? Sex. And then sex. And, oh look! Sex. Their romantic relationship loses all of its appeal in the third season. I get it, hormones and all, but really? Can't they spent some time just watching a film together or going on a date or fighting evil together or something? And then he leaves town to break his sire bond when he may or may not have cheated on Caroline with her new enemy, Hayley. Don't worry, Care. She'll only be there for a little while before she sleeps with your next love interest and leaves for another show. Anyway, then he comes back to die, but then he doesn't die because Klaus isn't dead. Cue Caroline making out with her next love interest in Tyler's body in the woods. Then Tyler runs again because he let Caroline get bitten by Klaus and Klaus chases him away. Go, doggy, go. But why would he allow Caroline to have her final moments with Klaus and not him? A bit of a risk, but okay... Then Tyler has to stay in the mountains when Klaus gives him his freedom back and Caroline decides to withdraw sex from him. Wonder how long that'll last, with their track record.

In her previous love interest's absence in breaking a sire bond to Klaus, Klaus takes it upon himself to pursue Caroline. Not only does he get her a dress and jewellery (aww... I don't care if you ship them or not, that's sweet) but he invites her to his family's ball. And there's the part where he almost gets run over by a car running after her. Despite the pairing seeming forced (I mean, he makes Tyler bite her and then voluntarily cures her, wtf?) they do pull it off to some extent. He is honest (after a while) when he's trapped in her boyfriend's body and she's all over him. But then his only real storyline in season four (except getting Caroline's rival Hayley pregnant) is trying to woo Caroline. Except for when he bites her and delivers her to the brink of death before giving in. And then he flees town to conquer New Orleans and, despite Hayley being there with his supernatural miracle baby inside of her, he invites Caroline to come there with him someday. And not only that. He allows Tyler to come back! The moment when all Klaroliners go "AWWW" and wish that he'd kiss her already. And no offence, Klaroliners, but I think that this ship should be kept to the TVD universe.

Whoa, hold up! Caroline doesn't have a love interest at the moment? Klaus is gone and Tyler's abandoned her? We'd better bring in another guy to make him feel threatened as, apparently, she can't have a storyline which doesn't involve her putting her tongue in other people's mouths.

I'd just like to add: I love Caroline and was not bashing her. Please do not direct anger towards me for stating the truth. I just wish they'd give her something better to do. She hasn't been at her prime since the start of season two.
thisthat12 likes this 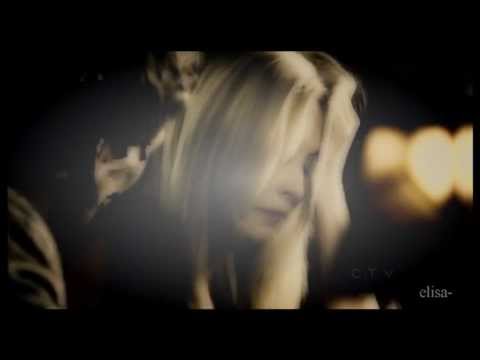 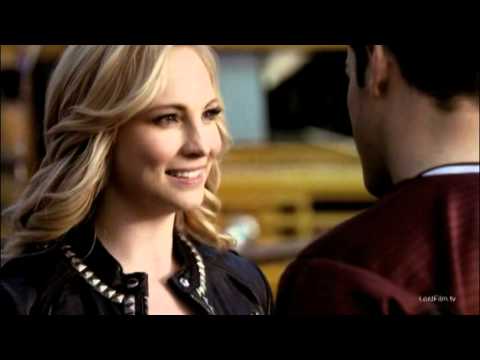 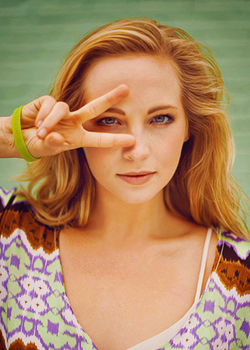 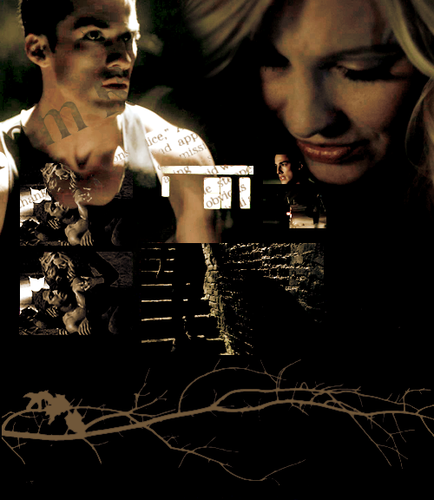 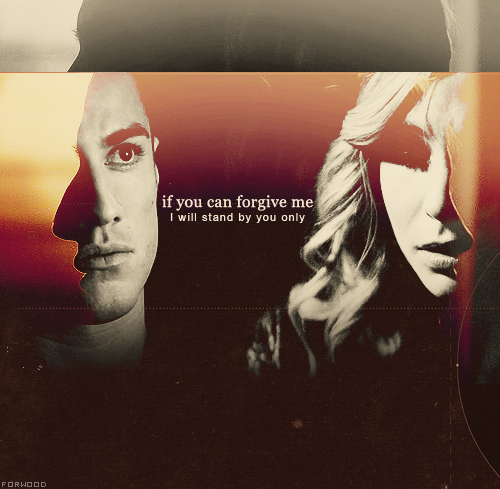 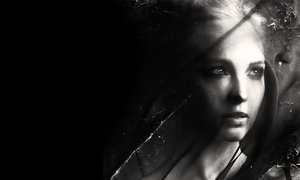 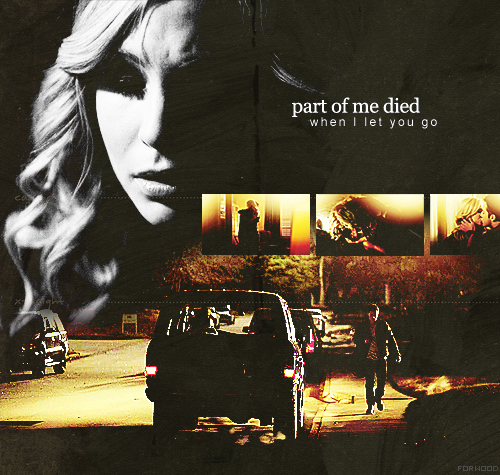 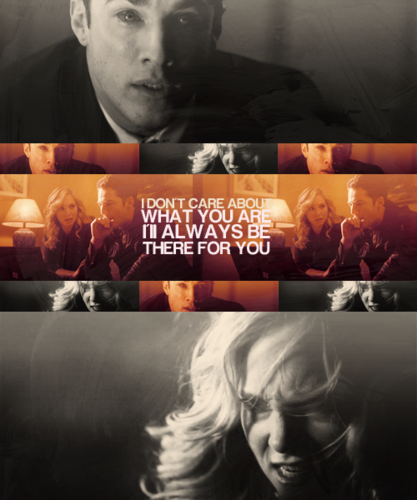 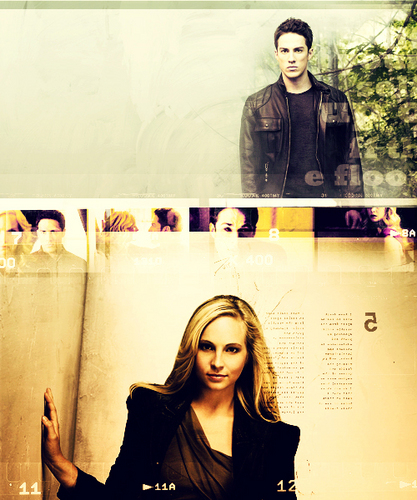 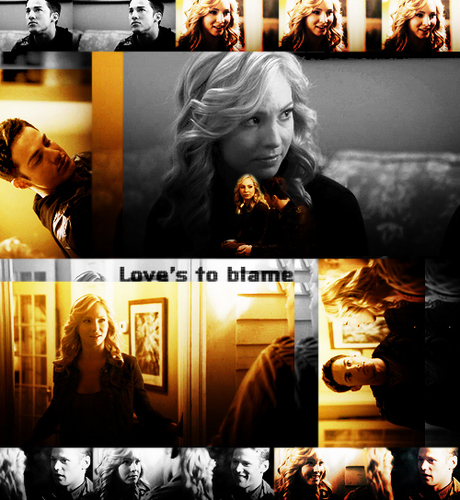