2
What Happened in Colorado chapter 18 part 1
posted by HaleyDewit
It was night and visiting hours were long over, but that didn’t stop Dean from checking on his best friend.
Cas was sitting on the cold floor, his head buried in his knees, trying to make himself as small as possible.
Dean, always armed with a lighter, made some light, because it was pitchdark.
“Hello, in there” he said a little nervous.
“Go away” Cas said hoarse.
“Sure, I’ll wait for you outside” Dean said confident.
“Then you can wait for a very long time” Cas said. “Because I’m not coming”
“Why not?” Dean asked a bit frustrated. “This isn’t about Meg, is it?”
Cas shook his head.
“Then why can’t you just zap yourself out of this cage?” Dean asked.
Cas lifted his head and looked at Dean, something Dean wished he hadn’t done. Even in the vague light of the lighter he could see Cas’ eyes were wet and bloodshot.
“There are people dying. And though I didn’t kill them, somehow they’re all connected to me. No matter how far I run, the bodies keep piling up and I’m scared that if I keep running the next body will be yours or Sam’s. So, I’m not running anymore. It has to end with me” Cas said sad, but determined.
“Someone’s trying to frame you” Dean said frustrated. “You can’t just give up. You didn’t do what they say you did…Or did you?”
Fury appeared in Cas’ blue eyes. “If you’re asking whether I hurt a four year old girl in any way possible, then the answer is no”
“I knew that” Dean said, ashamed to have doubt his friend for a second. “I’m going to find you and attorney. Don’t say you don’t want one, because you need one. Just because you won’t come out, doesn’t mean I can’t do everything to get you out”
A heavy silence filled the space between them.
“Thanks, Dean” Cas eventually said.
RedHood591 and TheExcorcist like this 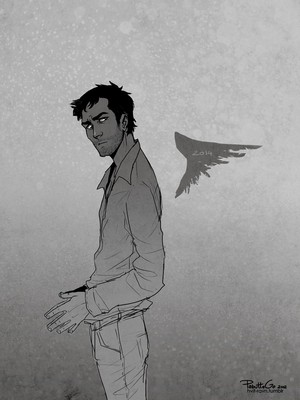 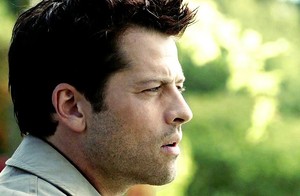 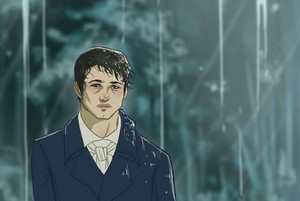 Castiel ☜
added by bouncybunny3
1
Three's a Crowd chapter 7 part 7
posted by HaleyDewit
“Miss Masters?”
Meg looked up and saw Doctor Spencer came her way. She scribbled up.
“Can I talk with you for a moment?” he asked and he sounded deadly serious. Meg followed him to an empty room and he waved at a chair. Meg sat down and so did Doctor Spencer.
“We checked Mr. Novak’s blood. The sample I took last week. We couldn’t find anything” Doctor Spencer began. Meg knew there was more to come, or else he wouldn’t have taken her apart. “However, the lab has examined his blood again after he was brought in last week. And this time they found a small amount of heroin in...
continue reading...
2
What Happened in Colorado chapter 19 part 6
posted by HaleyDewit
“The defense wants to summon Alexia Moore” Craig said.
The door opened and both Zoey and Alexia entered the courtroom. Zoey walked Alexia to the judge and then found herself a seat.
Alexia took the oath and then waited with held breath for the questions.
“Alexia, how long have you known Castiel?” Craig asked kind.
“For a few months now” Alexia answered.
“How would you describe his personality?” Craig asked.
“He’s sweet” Alexia said. “He’s a little shy and quite clueless. But he’s the only one who treats me like an adult”
“And does he do adult things with you?” Craig...
continue reading... 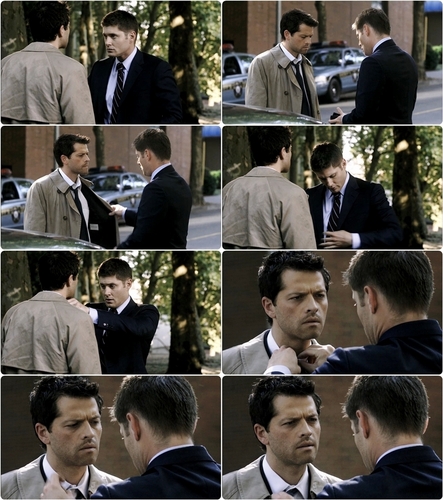 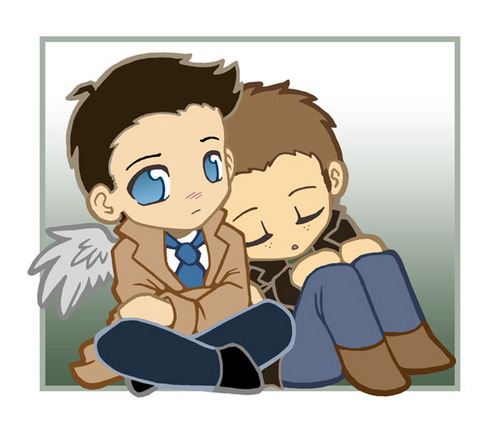 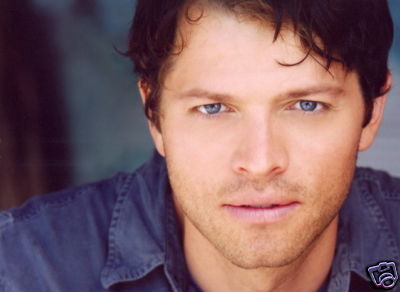 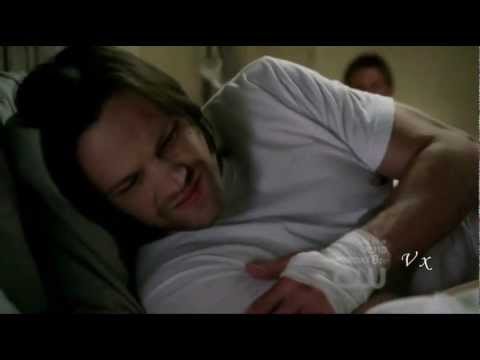 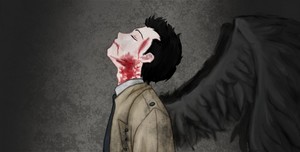 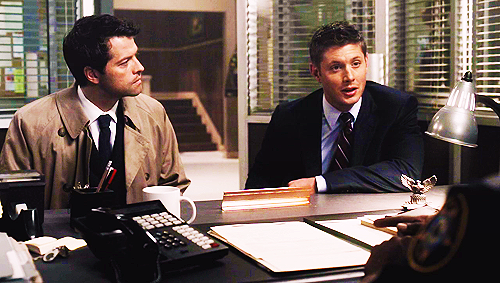 6
Castiel
added by cena-fan
Source: tumblr.com
2
What Happened in Colorado chapter 19 part 9
posted by HaleyDewit
Meg looked around the police station. So that was why no one was answering her calls for help. They were all dead. There were bodies everywhere and their insides were torn out. The floor was covered in blood.
“Meg”
Meg looked up. Daphne had entered the building. She stared shocked at the bodies.
“You killed all those people” she said trembling. It wasn’t a question, but an observation. “You’re going to hurt more people. I can’t let you do that”
“You can’t handle me. I’m too strong for your” Meg said. She walked towards Daphne and passed her. If she was going to try something Meg could easily take her down.
However, as she passed by, Daphne jumped forward and stabbed Meg in her neck with syringe, containing a red substance.
“Aaaahhh!” Meg gasped and she touched her neck. “What the hell are you doing?”
But Daphne had left the building and ran for her life.
1
What Happened in Colorado chapter 13 part 4
posted by HaleyDewit
“You look upset” Daphne noted. “I didn’t mean to upset you. I thought this was what you wanted”
“You kind of took me by surprise. I wasn’t expecting to see you here” Cas explained.
“Right, of course, I’m sorry” Daphne said. She looked around, a little nervous. Then her eyes fell on a small café. “Did you have breakfast yet?” Cas shook his head. “Perfect, let’s go that café over there” She dragged Cas along and entered the café. She ordered two coffees and breakfast of the house. While they were waiting for their order Daphne intertwined her fingers.
“So, tell...
continue reading...
2
What Happened in Colorado Chapter 2 part 1
posted by HaleyDewit
One week later.

Cas, Daphne and Zoey were sitting in the kitchen having breakfast. Cas still hadn’t learn how to use a fork and a knife and so again he was eating with his fingers. Zoey sighed irritated and pulled Cas’ plate to her. She grabbed her own fork and knife and cut his egg into pieces. She then aggressively shoved his plate back.
“See how it’s done?” she asked disdainful. Cas looked down at his plate.
“Can’t you try and be nice?” Daphne said. Zoey looked at Daphne. “What? The guy’s a total idiot. It’s annoying”
Daphne rotated her head to Cas and smiled. “How’s...
continue reading...

1
Castiel
added by Ieva0311
Source: tumblr.com
2
What Happened in Colorado chapter 19 part 1
posted by HaleyDewit
The next morning.
Cas was sitting in the court room. The judge had sat down and ordered everyone to follow his example.
“The defendant may stand up”
Craig poked Cas to let him know he had to stand up.
“Castiel, you’ve been accused of pedophilia of the four year old Alexia Moore” the judge said.
“I didn’t do it” Cas said desperate. He searched the room to find Sam and Dean. They were in the back. Jo wasn’t there. Cas didn’t blame her. They didn’t know each other that well.
“There’s enough damning material to believe the opposite” Daphne’s attorney said.
That comment caused mixed reactions. On one side there were those people who believed Cas was guilty as charged and who wanted him convicted. On the other side there were those who thought he was innocent and they were not pleased with the words of the attorney.
“Silence” the judge said and he knocked with his hammer.
“Your honor, if you allow me, I’d like to summon my first witness”
More Cards
1234567891011