1
Three's a Crowd chapter 11 part 7
posted by HaleyDewit
“Dean!” Sam exclaimed when he saw Dean sitting on the floor, his hands tied. He kneeled and freed his older brother.
“I’m going to kill him!” Dean snapped.
“What happened?” Sam asked frowning.
“Cas has gone crazy. He attacked me. He’s totally nuts” Dean explained furious. He tried to calm himself by taking a few deep breaths.
“Dean, we have to find him. He’s not himself” Sam said sharp. “I’m going to start calling people”
“You’re not calling that demon” Dean replied in a threatening way. Sam, who didn’t know who else to call, put his phone away. “I’m going to call the cops and tell him someone stole the Impala. If they can track down the car, we might be able to find Cas”
“Yeah, alright” Sam nodded.
Cas was injecting himself with heroin, while Isabel and Heather were downstairs.
Isabel got up and conjured her phone.
“What are you doing?” Heather asked nervous.
“I’m calling the cops” Isabel responded determined.
“No!” Heather yelled. Then, softer: “If they know I keep drugs in my house, they’ll put me in jail”
“You have a better idea, genius?” Isabel asked snarky.
“I know who we have to call” Heather nodded and she took her own phone, dialing Meg’s number. “You’re boyfriend’s here” she said before Meg could say anything. “He has a gun and he’s looking for drugs. I think he has a serious death wish, so unless you want to see him wither and die, I suggest you hurry the hell up”
Meg hung up and dialed Dean’s number, hoping Dean wouldn’t be so stubborn to ignore her. But of course he was. She cursed and dialed Sam’s number.
“Meg?” Sam asked, Dean shooting him an irritated glance. “What?...And where does Heather live?...Okay, thanks”
He ended the conversation and looked at Dean. “Cas is at Heather’s, looking for drugs. He has a gun and he’s keeping Heather hostage”
“Okay, let’s go” Dean replied and he ran downstairs, Sam following him. They walked outside and Dean walked to the first car they came across with. “Keep an eye on the street”
Sam obeyed and Dean forced the lock of the car. They got in the car and Dean pulled a few threads to get the car started. They drove away, when a man came out of his house, to see his car being stolen.
TheExcorcist likes this 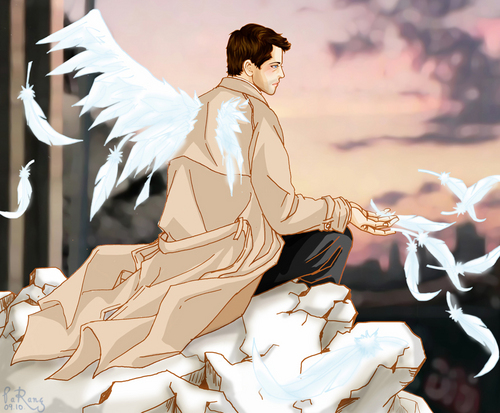 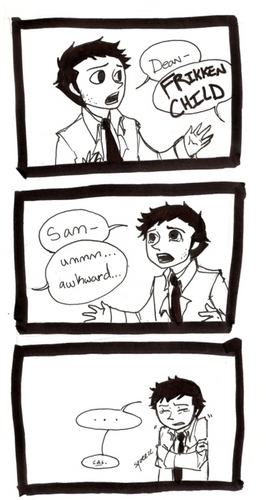 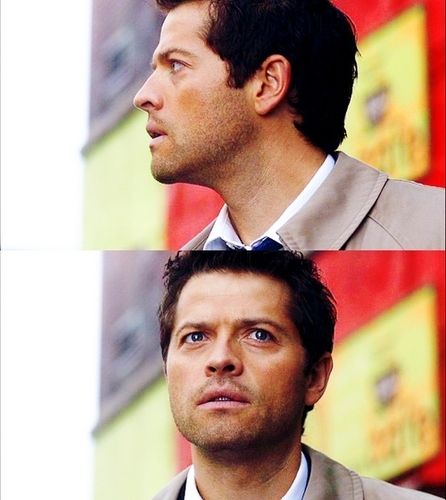 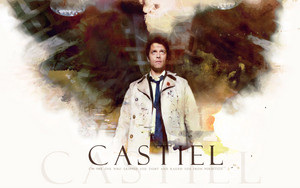 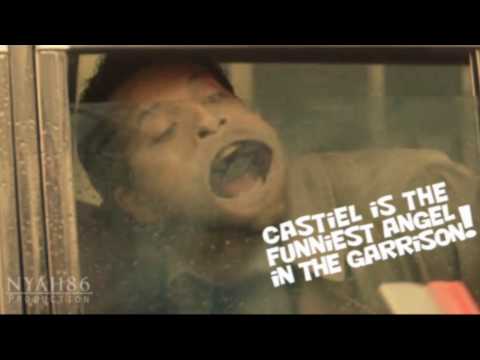 6
Castiel & Dean // "We were too late..."
added by ambra
by ILoveThesePeople,Reuploaded from ILikeThesePeople
video
supernatural
castiel
dean winchester
music video 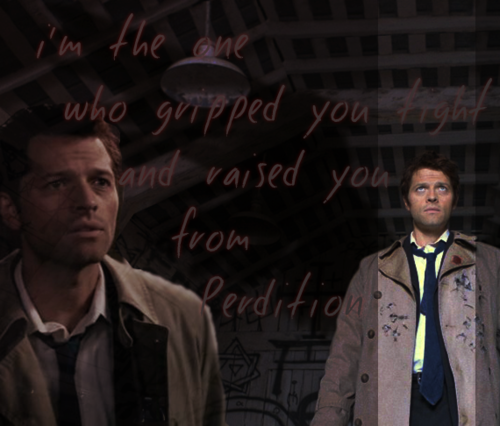 2
Castiel
added by KWcat_03x
1
Three's a Crowd chapter 20 part 5
posted by HaleyDewit
“I’m calling the police” Amelia said agitated while she walked to the phone. She dialed 911, but Jimmy took the phone out of her hand.
“And what do you think they’ll tell you? They’re not going to look for her unless she’s gone for 24 hours” he reasoned. “She’s a teenager. She’s being dramatic. She’ll come back. Give it an hour or two, but you can’t start panicking, because that’s exactly what she wants”
“I’ll give her an hour” Amelia gave in. “If she’s not back by then, I’ll go look for her myself”
“Alright, I’ll look with you” Jimmy commented....
continue reading...
2
What Happened in Colorado chapter 18 part 1
posted by HaleyDewit
It was night and visiting hours were long over, but that didn’t stop Dean from checking on his best friend.
Cas was sitting on the cold floor, his head buried in his knees, trying to make himself as small as possible.
Dean, always armed with a lighter, made some light, because it was pitchdark.
“Hello, in there” he said a little nervous.
“Go away” Cas said hoarse.
“Sure, I’ll wait for you outside” Dean said confident.
“Then you can wait for a very long time” Cas said. “Because I’m not coming”
“Why not?” Dean asked a bit frustrated. “This isn’t about Meg, is it?”...
continue reading...
More Cards
1234567891011