10
Always buy retail
posted by Hughlaurie4ever
Hello there! Lona here once again, back with some inspiration :) What if the episode "Always Buy Retail" happened later on in the series and what if it happened differently? What if they didn't get out unscathed? Well, tune in here to find out! It's going to be a multi-chapter, and I'll continue depending on the feedback :) So, without further ado...

Disclaimer: I do not own Castle. If I did, well, I wouldn't be writing this would I?

"No, but from now on, always buy retail." Castle turned around; spotting the shocked looked upon the woman's face as he did. His eyes settled upon the doorway and he did a double take as a new figure appeared at the doorway. A tall, muscular, African male. Holding a gun, which was pointed towards…Beckett.

Without thinking, he flung himself towards Beckett, twisting himself in front of her as he tackled her safely to the ground, yelling out "Whoa!" as he did. They landed with a thump as his body hit the ground, her body landing on top of him as glass shattered around them as bullets ricocheted into the wine glasses above them. Castle felt a few shards pierce through his bare palms and through the thin material of his coat, but ignored it as he placed his hand lightly upon Beckett's back, guiding her towards the back of the kitchen island, dodging glass shards that continued to rain down upon them.

"Give me the passport." A deep voice rang through the room, oddly calm, given the situation.

"Put down your weapon!" Beckett yelled out, cocking her gun once again as she shook the glass shards quickly out of her hair. Sharing a look with Castle, who looked more concerned for her than he did with his well being, she fought the urge to wipe the glass shards decorating his hair and coat.

"Give me the passport." The man repeated, as more glass shattered above them. Castle moved closer to her, that way, he sheltered her from the glass raining down on them. Thinking quickly, he removed his jacket and fluffed out the shards, wrapping it around Beckett and ignored her confused protests.

"Just in case; don't want any glass getting through your thin shirt. It stings like hell, believe me." He added the last bit to lighten up the mood, if possible, as he shook off the remaining glass on his thin white t-shirt.

Beckett opened her mouth to complain, but closed it immediately as more glass shards trickled down upon them as the intruder released more bullets towards them, repeating his earlier statements.

"Bailer, any minute now this place is going to be crawling with cops. Don't make things worse than they are." Silence welcomed them for all about 2 seconds before back-to-back shots rang out, glass shattering all around them. Castle winced and groaned silently as he felt little pricks of glass stabbing him through his shirt and jeans, but pushed the thoughts all away as he heard Beckett gasp out loud. He reached out slightly, retracting his arm as she shook her head, indicating that she was okay.

"Give me what I want and I walk away." The man's voice was calm as he yelled out through the apartment. Castle accepted the opportunity to get Beckett out unscathed, so he attempted to coerce her.

"I've seen this about a hundred times. We give him what he wants, or it ends badly. And by badly, I mean us dead." You dead, Castle thought silently in his head as he looked down at Beckett, just now noticing how close they really were to each other.

"I shoot him from down here."

"That means he can't shoot you either!" Castle's eyes widened slightly; exasperatedly amazed at how she was making excuses for her to stand in range where the man could easily shoot her. His bare arm shot out and grabbed her wrist, pulling her towards him quickly as she raised herself up so view the shooter. Even more glass flew down at them, but he pulled her closer to him, slightly covering her as the rain of shards flew down.

"I can't see him." Her tone was slightly defeated as she was released from his grips, both of them breathing roughly. "I need to get eyes on him somehow." She scooted across towards the lower edge of the island as Castle reached into his back pocket to grab out his phone.

Raising himself slightly, he shot out his arm and took a picture. He regretted the idea as a shot of pain seared through the part of arm that had been shown to the shooter. Beckett's attention switched over to him as he hissed in a shallow breath, seeing a flesh wound from where the shooters bullet had skimmed across his skin.

"Castle!" She reached out to him, but instead, he pulled away, grimacing slightly as he did. He shoved his phone towards her, biting his tongue to keep from groaning, showing her the picture he got, showing the man as he hid behind the foyer entrance.

"I don't have an angle on him from down here." Beckett looked back down at his still bleeding arm. "Castle…"

"I'm fine." Not looking towards her, he looked around and stopped his gaze at the wine cooler.

Castle moved as he heard the voice and scooted towards the wine cooler. "When we shoot, he shoots; he'll be exposed." He grabbed out the first bottle he would find. "I'll set the pick, you take him down."

"Set the pick with what?" Beckett attempted to slow down her breathing, the adrenaline making it harder for her as the risk in this situation was very dangerous.

"You're going to get yourself shot!" She hissed. Again, she thought as she watched him quickly unravel the champagne cap, wincing as he moved his injured arm where the blood was continuing to trickle. "Castle, your arm."

"Just be ready." He scooted away quickly from her, ignoring her worried statement about his arm. All he wanted to do was to get her out of there unharmed, and if he needed to take a risk, then so be it.

Castle knelt by the edge of the island, quickly getting the man into his view. He stood up and watched as the man's gaze instantly shot towards Beckett as glass broke underneath her feet. Castle shot up, shooting the cork at the man, desperately trying to get the man's attention away from the unsuspecting woman who was only feet away from the barrel of the gun.

Two shots rang out through the room. Two of the three people in the room collapsed to the ground.

DUN DUN DUNNNNNNN :D Well, I hope you like it and I hope that you won't want to kill me :P I also hope that you want more and will review and let me know what you think of it! Ideas and criticism, good or bad, is welcome!

-Lona
lottieee30, bdavis98 and 8 others like this
takeitorleaveit ohh my goshh this is sooo excitingg!! keep going! =D
Hughlaurie4ever Thank you! I'll continue as soon as I can :)
StCaStLeNf it`s so amazing!!!! I love it
zooz92 more more more :O !! <3 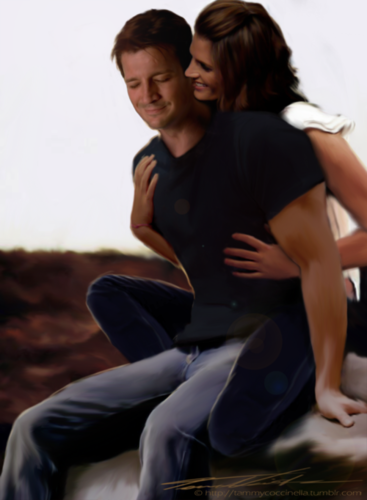 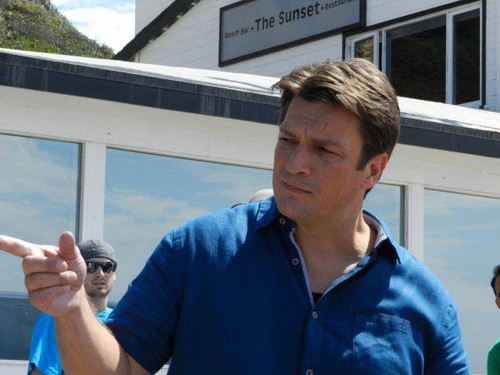 2
Murder, he Wrote 5X05 Behind the Scenes
added by drewjoana
Source: http://www.facebook.com/Castle.Portugal 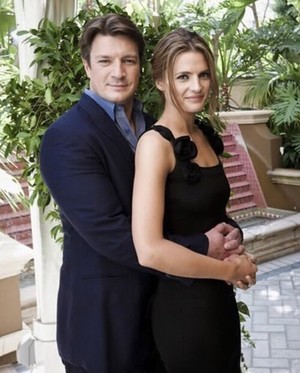 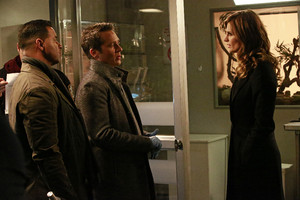 1
Castle "And Justice for all"
added by love2pop
Source: http://www.disneyabcpress.com/abc/shows/castle/episodes/and-justice-for-all/photos/ 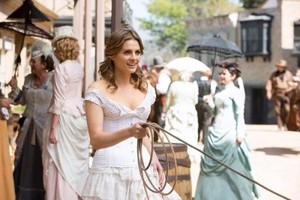 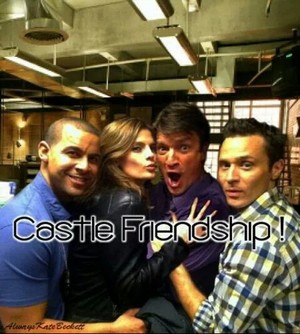 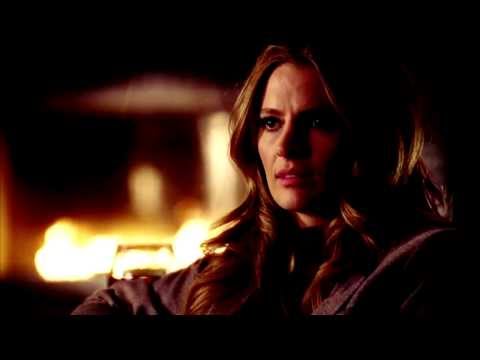 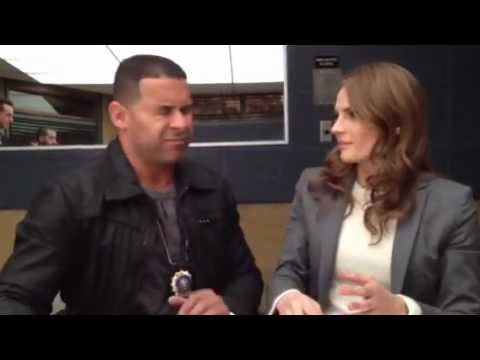 4
Jon&Stan-Kiss
added by lottieee30
Jon and Stana who play Esposito and Kate, interrogate a suspect but end up in a very compromising position
video
stana katic jon huertas
castle 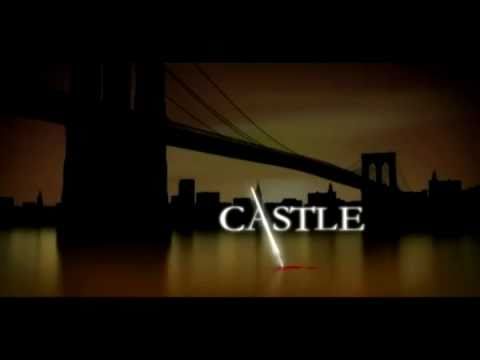 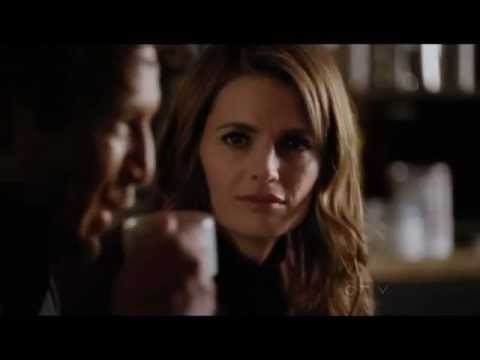 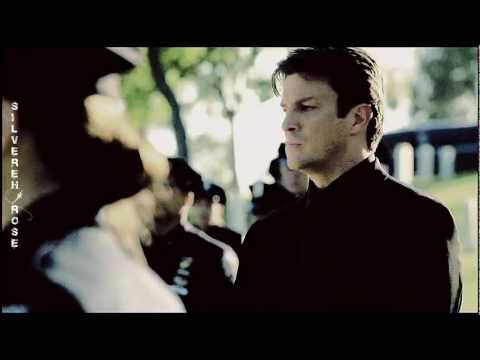 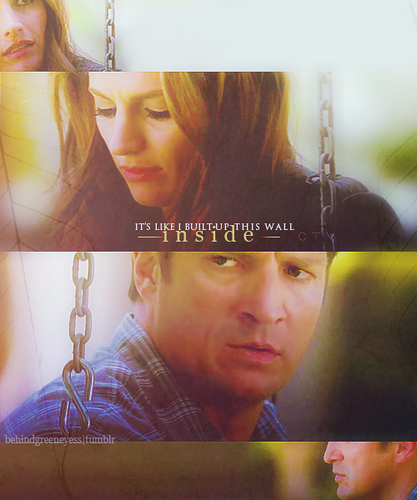 6
Wall Inside
added by MissSpens 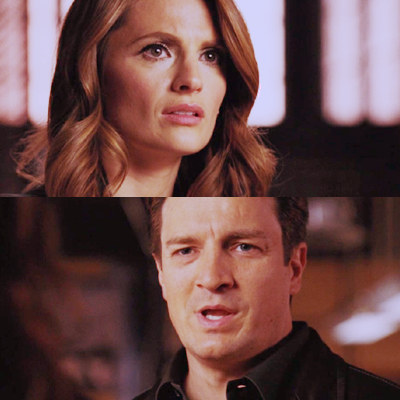 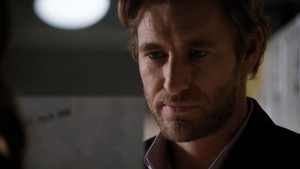 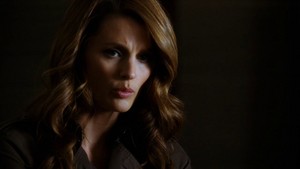