I seem to be saying that a lot lately, but it's the only thing I can. It's rare for me to at loss for words, but since I met you, I realized that words aren't everything. Some of our most meaningful conversations were silent. There are some words that I weren't able to say, but I know that I wouldn't need them anyway. At least, not with you...

The paper easily crumpled away between the palms of his hands as he rids of yet another letter. It lands next to its fallen comrades; all letters to the woman on the hospital bed.

Make that the woman who's on the hospital bed, who's in a coma.

Make that the woman who's on the hospital bed, in a coma, and is the love of Richard Alexander Rodgers' life.

That very man was situated on the floor in the corner of the room, knees pulled up into his chest, with his head in his hands.

The doctors told him that there was an 85% chance that she will wake up, completely fine.

Castle scratched his short hair roughly before scrubbing his hands down his face in frustration. He felt the scratch of his facial hair against the palm of his hands and sighed heavily. Lifting his head slightly, he could see the steady rise and fall of her chest.

Slowly rising to his feet, Castle shook off the slight vertigo feeling and headed to the bed cautiously. Looking down at her frail body surrounded by wires, he couldn't help but notice how small and fragile she looked.

His eyes traced her body as he took in the extraordinary woman in front of him.

Honestly, Castle couldn't believe it. Even in a coma, surrounded by tubes and wires, and unhealthily pale, Katherine Beckett was absolutely the most stunningly beautiful woman he had ever laid his eyes on.

He shut his eyes and shook his head slightly before carefully climbing into the hospital bed. Laying on his side, being careful not to touch any wires, he held her hand in his left one and stroked her hair in his right. His face rested lightly on the pillow above her head, allowing him to breathe her in, but not put pressure on her.

"God, Kate." His voice came out as a strangled whisper as he stroked her knuckles with his thumb. "I...I don't know what to do. I-I haven't left, I can't -- Kate, please. Please wake up."

Castle took in a shaking breath, kissing the top of her head, and laying back. The iPhone in his pocket felt heavy, reminding him of its presence, while giving Castle an idea.

Taking it out with his left hand, he quickly scrolled through his music library, before finding the song he wanted. He pressed play and put the phone on the bed as the beginning guitar started to play.

Castle sang softly with the vocals, his heart clenching at the truth of the words.

He remembers the time when Beckett catches him admiring her as she did paperwork and called him out on it. She had called him creepy and he just smiled in return.

Castle hummed the rest of the song as he let his body relax on the bed. The ending of the same came near and he opened his mouth to whisper the words into her hair.

"I can wait forever," His voice fell to a breath as he succumbed to a dreamless slumber. "Always."
lottieee30, bdavis98 and 2 others like this
castlefan1 i love it ! please write more ! best fan fic i ever read.
Hughlaurie4ever Thanks! I have more on FanFiction.net :) I'll post on here too, just whenever I have time and an idea :)
8
Crazy For This Girl
posted by Hughlaurie4ever
She rolls the window down. And she talks over the sound of the cars that pass us by. And I don't know why, But she's changed my mind.

Since the day Gina left him and Alexis, he had turned into New York's bad boy writer, jumping from fake, blond bimbos at every corner, having one-night stands enough to give him reputation. He decided then that he wasn't going to take the chance of letting a woman into his and Alexis' life, just to leave. But as the brunette detective rolled the window down in her car, speaking to him as he sat in the passenger seat, being brought into the station for the first...
continue reading... 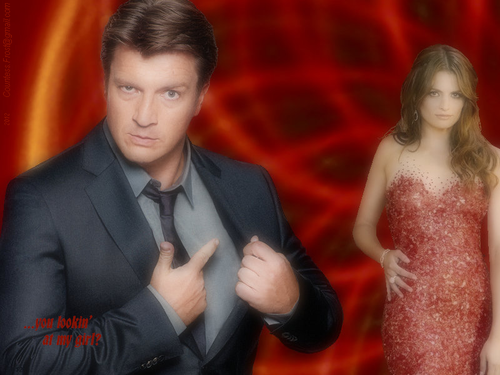 5
...you lookin' at my girl?
added by TheCountess
Source: TheCountess 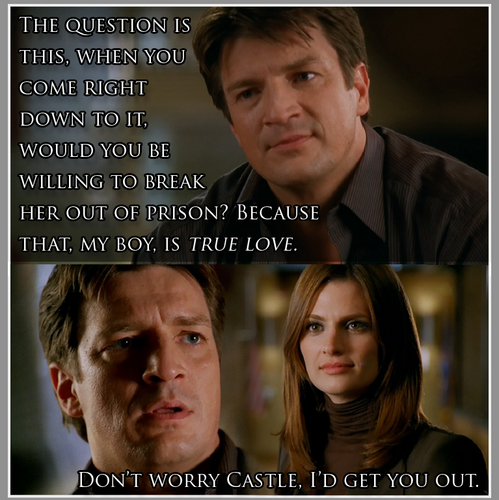 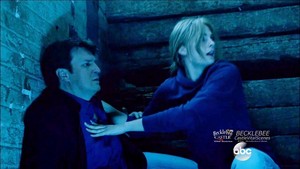 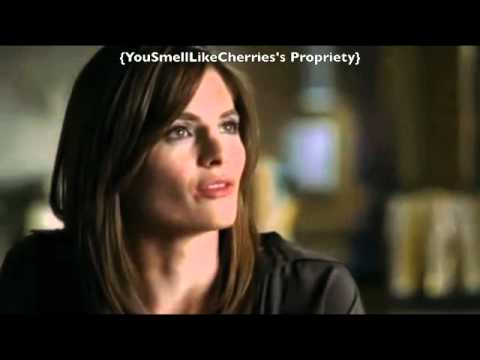 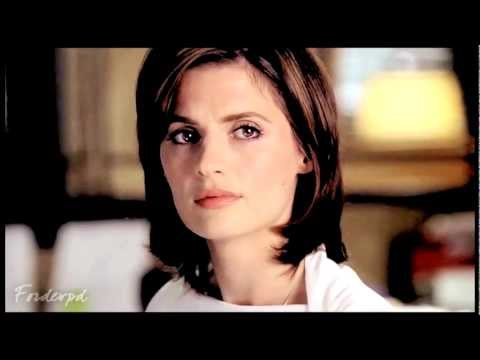 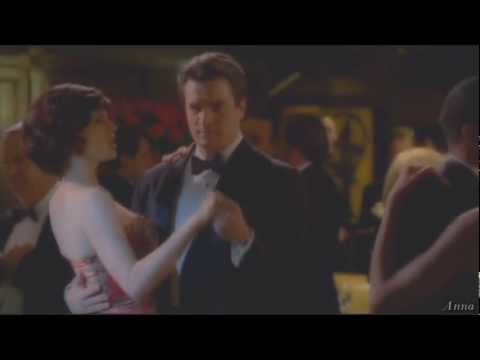 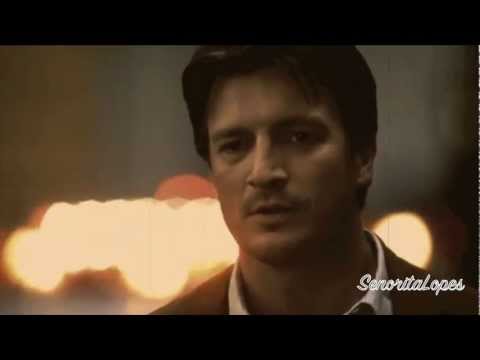 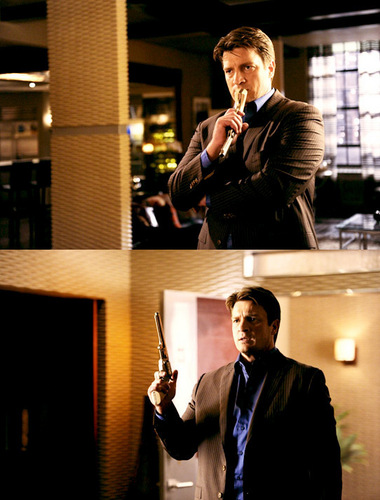 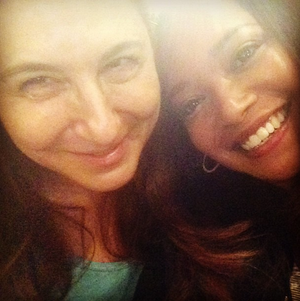 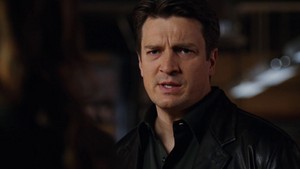 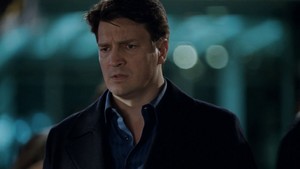 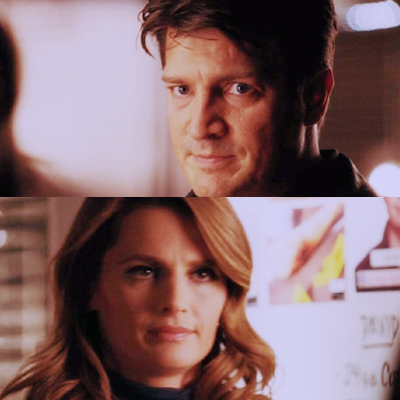 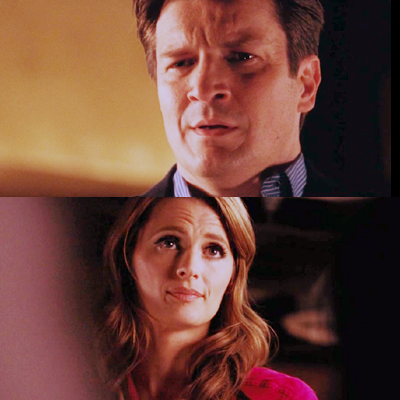 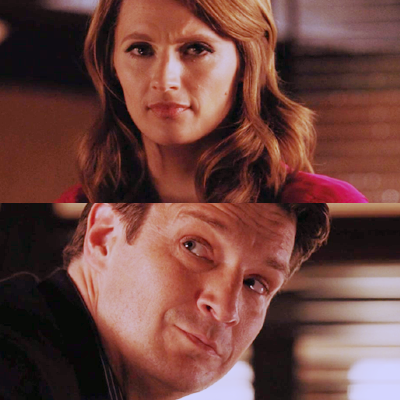 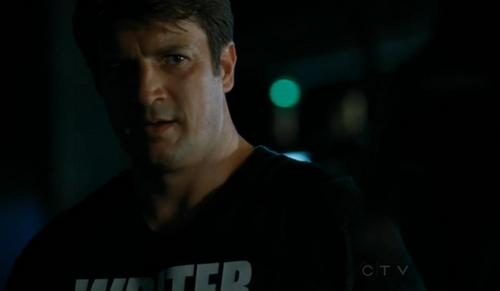