6
Castle Season 1 Episode 1 Quotes
posted by Leigh_
Gina : What kind of idiot kills off his best-selling main character?
Castle: Are you asking as my blood-sucking publisher, or as my blood-sucking ex-wife?
Gina : Oh, is that what you're doing? Punishing me by killing the golden goose?
Castle: Oh, come on. I may be petty and short-sighted, but I'm not *that* petty and short-sighted.

Martha : Hang on, Sweetie. [Looks at a man among the guests] I just got a hit on my graydar. Bingo. No ring. Stand back, kids. Momma's going fishing.

Beckett: [angrily] And every time, the charges were dropped. [drops folder on table]
Castle: What can I say? The mayor's a fan. But if it makes you feel any better, I'd be happy to let you spank me.

[Castle is shown photos of crime scenes modeled after his novels]
Castle: "Flowers for Your Grave."
Beckett: And this is how we found Marvin Fisk, right out of "Hell Hath No Fury."
Castle: Looks like I have a fan.
Beckett: Yeah, a really deranged fan.
Castle: Oh, you don't look deranged to me.
Beckett: [taken aback] What?
Castle: "Hell Hath No Fury"? Angry Wiccans out for blood? Come on. Only hardcore Castle groupies read that one.

Martha: That makes about as much sense as 'Mousetrap.' I did that play eight times a week for a year, I still have no idea what it's about!

Castle: I'm just touched that you thought of me. Oh, ordered to call me! I see.

Castle: It's just so senseless.
Alexis : Murder usually is.
Castle: Nope. Murder usually makes a great deal of sense. Passion, greed, politics. What's senseless here is the books the killer chose. Hell Hath No Fury? Flowers For Your Grave? My truly lesser works. Why would a psychotic fan pick those?
Alexis : Maybe because he's psychotic. Come on. It's bedtime. You can figure it out in the morning.

[Beckett realizes Castle stole documents about the Tisdale and Fisk murders]
Beckett: Richard Castle, you are under arrest for felony theft and obstruction of justice.
Castle: You forgot making you look bad.
Beckett: You know, for a minute there, you actually made me believe that you were human. Cuff him.
Castle: Ooh, bondage. My safe word is "apples."
Beckett: [to the cops cuffing Castle] Oh, there's no need to be gentle.
Castle: How'd you find me, anyway?
Beckett: I'm a detective. That's what I do.
Castle: My mother told you, didn't she?

Castle: [clears throat]
Beckett: [turns around to face Castle, smiling] Well, I guess this is it.
Castle: Oh, it doesn't have to be. We could go to dinner, debrief each other.
Beckett: Why, Castle? So I can become another one of your conquests?
Castle: Or I can be one of yours.
Beckett: It was nice to meet you, Castle. [extends hand]
Castle: [looks down and shakes hand] It's too bad. It would have been great.
Beckett: [bites bottom lip and whispers in Castle's ear] You have no idea. [walks away]
lottieee30, callianltm and 4 others like this 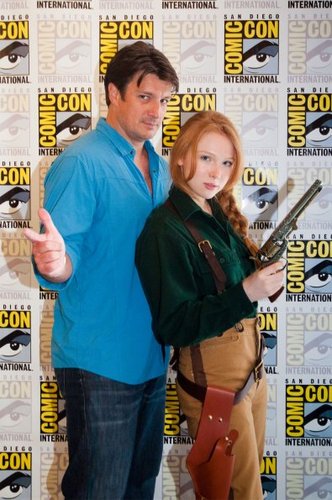 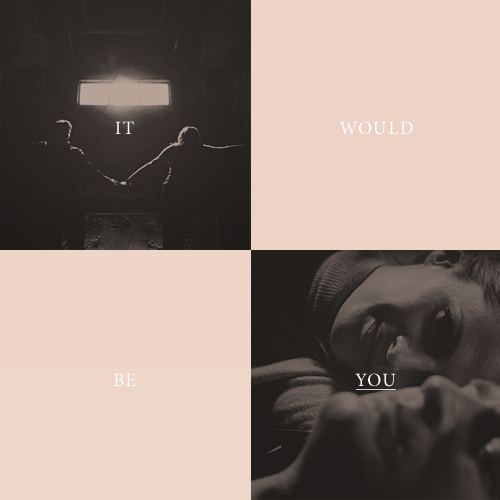 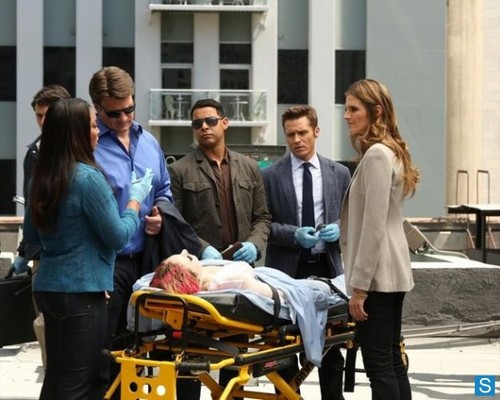 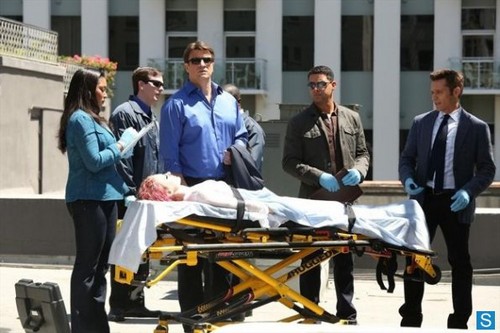 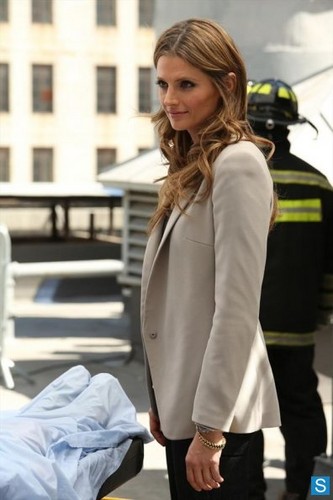 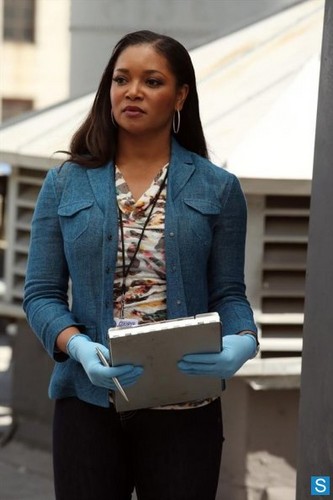 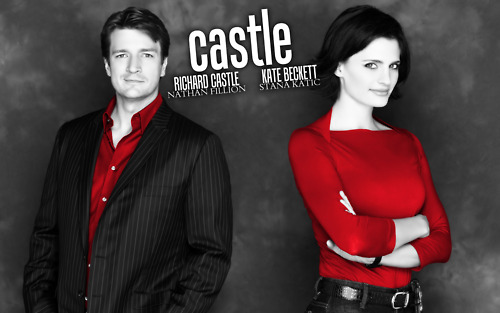 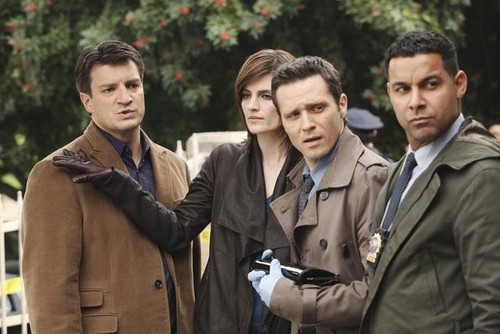 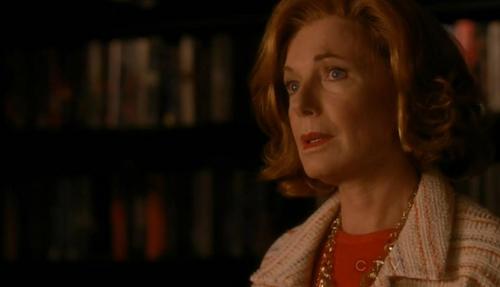 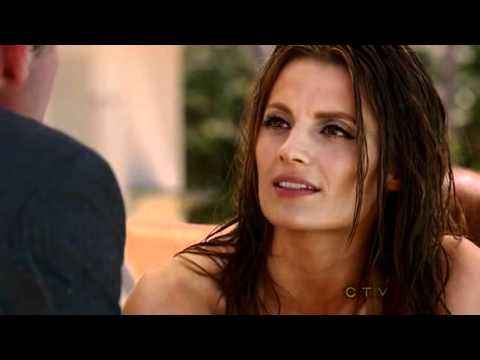 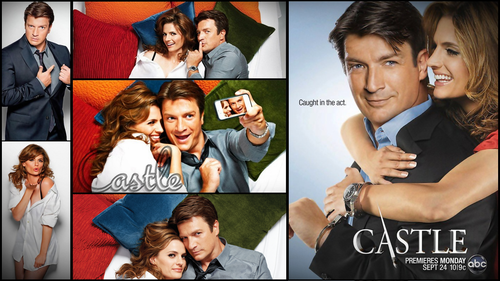 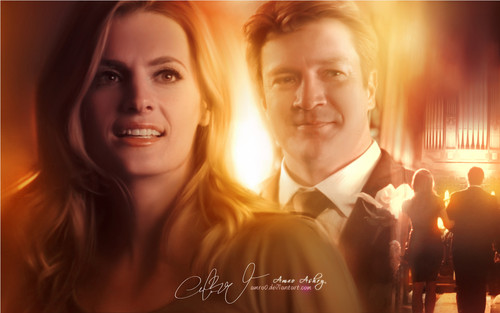 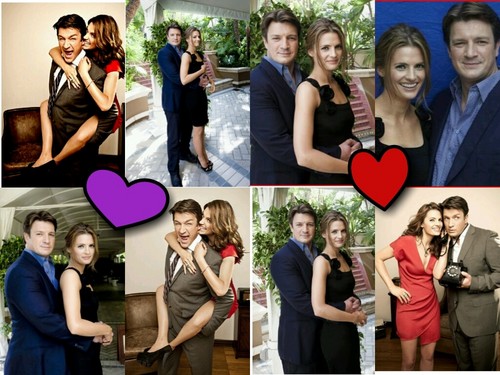 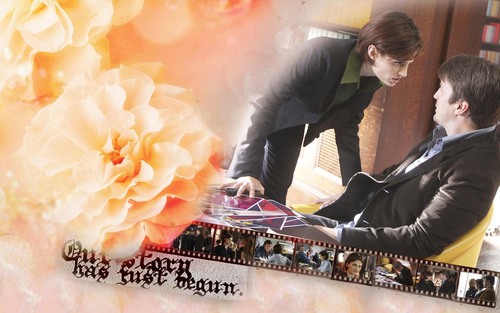 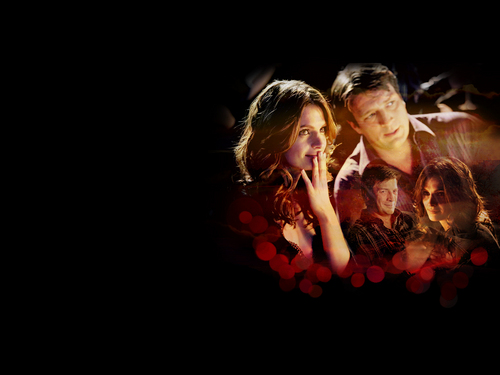 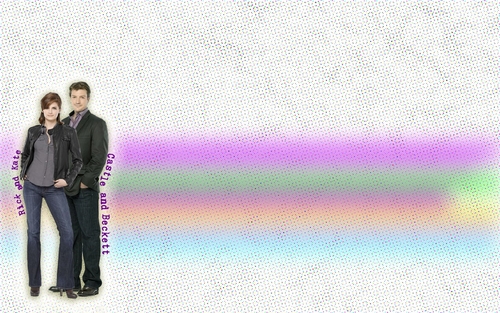 8
Castle and Beckett Kate and Rick
added by ausiewanab 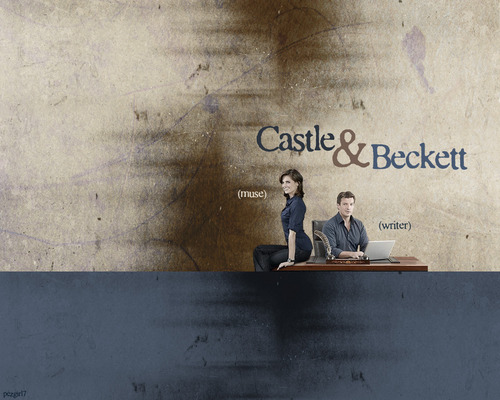 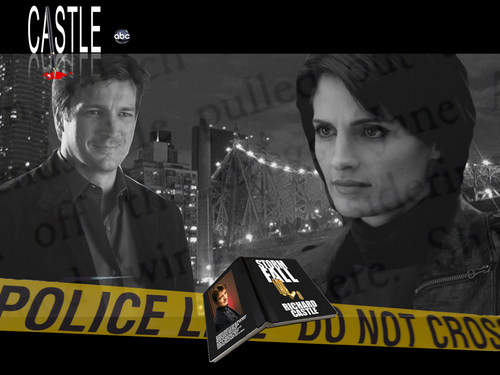