2
"CHARMED" RETROSPECTIVE: The Death of Dr. Williamson
posted by DR76 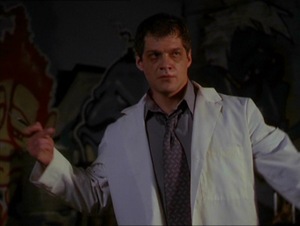 I just recently finished watching the Season Two episode from "CHARMED" called (2.20) "Astral Monkey" . There were some things that were said in this episode that really pissed me off. And all of my complaints centered upon the character, Dr. Curtis Williamson.

Curtis Williamson first appeared in an earlier episode, (2.12) "Awakened". In this episode, Piper became infected with a deadly disease called Arroyo Fever, after eating some South American fruit she had purchased to serve at her club, P3. After her sisters and later Leo had both cured her using magic, Williamson became obsessed in discovering the reason behind Piper’s miraculous recovery from a disease that had no cure.

In ”Astral Monkey”, Williamson’s obsession not led him to continuously contact Piper by letter, but use the Halliwells’ blood drawn by the doctor in ”Awakened” to experiment on a trio of monkeys kept in his lab. Eventually, the Halliwells and Leo learned about Dr. Williamson’s experiments when the monkey with Prue’s abilities, astral projected to the manor. Piper, Prue and Phoebe went to the hospital to examine Dr. Williamson’s laboratory and Leo consulted the Elders . . . after they discovered that the Charmed Ones’ blood had been accidentally injected into Dr. Williamson and he ended up with their abilities. The following is what Leo had to say on the matter:

Piper: So what's the bad news?

Leo: Well, simply put, Dr. Williamson is cosmically screwed. He's got your powers in his mortal body. It took generations to prepare you for that, you can handle it, he can't.

Mortal body? Once again, the audience are led to believe that the Halliwells are not mortals. And yet, the series has proven over again that they were mortals. This point was specifically made in the Season Three episode, (3.22) "All Hell Breaks Loose", when Piper died from a gunshot wound in the first timeline before the demon Tempus changed it on behalf of the Source and the whitelighter Elders.

However, the following comment made by Leo really pissed me off:

Phoebe: Wait, are you saying that out powers are in our blood and he injected himself with it?

Leo: That blood, yeah. See, the spell that you cast to cure Piper changed everything and now it's changing Dr. Williamson. See, your magic is meant for doing good but in the wrong person, somebody not ready for it, that need to do good things...

Leo: Real bad. Piper, it's nobody's fault. Dr. Williamson chose his own path. This is not the consequence of anybody's actions except his own. Still, you have to find a way to stop him before things get worse.

One, Leo had claimed that the spell Prue and Phoebe had cast to cure Piper in "Awakened" was partly responsible for the Halliwells' abilities affecting Dr. Williamson. But it got worse. Then he further claimed that none of them - Piper, Prue and Phoebe, and he - were not responsible for Williamson’s abuse of their abilities and the latter’s effect upon him. Only Williamson was to blame.

Leo . . . Let me take a deep breath, here. Constance Burge, who wrote ”Astral Monkey”, really got the whitelighter’s character down pat in this episode. It seemed quite obvious – at least to me – that Leo’s feelings for Piper have constantly led him to spout stupid lies in order to placate any negative feelings she might be experiencing. In ”Astral Monkey”, she felt guilt for failing to respond to Dr. Williamson's letters about her recovery from Arroyo Fever . . . and because he was a mortal that she and her sisters had to kill.

After listening to Leo’s attempt to solely blame Williamson over the entire incident, I still find it amazing how fans continue to condemn Brad Kern for some of the series' bad writing, when Burge was also responsible for the crap that popped up during her tenure as executive producer of "CHARMED". And I am condemning Burge for an act that Kern will consistently commit in the series’ future – namely give the Halliwells slack for some of their questionable actions - in both "Awakened" and "Astral Monkey".

I am quite certain that Curtis Williamson had been partially responsible for what happened. After all, he became obsessed with finding the source of Piper's "miraculous" recovery from Arroyo Fever in "Awakened". Even the hospital’s Chief of Staff, Dr. Jeffries, warned him to allow the matter to drop. But the Halliwells and Leo should have accepted some of the blame over the entire situation. And Burge refused to allow this to happen in her script. Back in ”Awakened”, Prue and Phoebe used magic to cure Piper’s fever, when they should not have done so in the first place. After the pair reversed the spell and Piper fell ill for the second time, Leo stepped in and cured her . . . when he should not have done so. Because of Prue, Phoebe and Leo’s actions, Piper managed to avoid facing the consequences of her actions. And it was Piper who had started this whole mess in motion when she became greedy and decided to knowingly purchase South American fruit that had not been inspected by U.S. Customs.

It had been bad enough when Vivian and Valerie Mayhew’s script for "Awakened" failed to allow Piper face any legal ramifications from the U.S. government for her act of greed. After all, the episode never mentioned any legal fines and P3 had only been closed for a day . . . before Leo cured her. But in the story for "Astral Monkey", Constance Burge failed to bring up all of the Halliwells and Leo’s past transgressions. Instead, she decided to lay all of the blame on Williamson's shoulders. Prue and Phoebe did not even seem the worse for wear following Williamson's death at the end of the episode. As for Piper, she only felt guilty for not being able to save Williamson and for failing to respond to his letters in the first place. Not once did the episode’s script allow Piper to express any guilt for allowing her greed in "Awakened" to set everything in motion.

For two episodes considered to among the best of Season Two by the series' fans, I find it interesting that both managed to fill me with disgust from its portrayals of the main characters. Even worse, the only character who ended up facing consequences from questionable choices happened to be one portrayed by a guest star. And I find it ironic that I have Constance Burge, and not the much maligned Brad Kern, to blame. 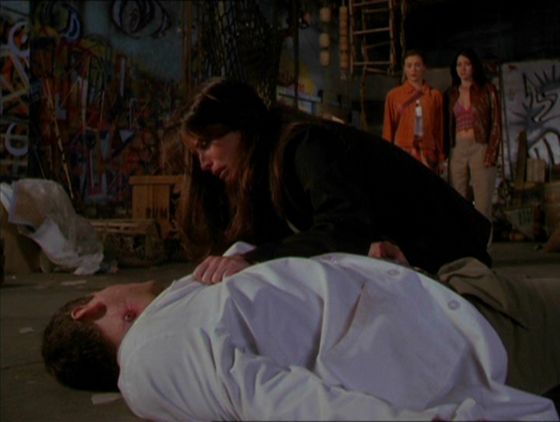 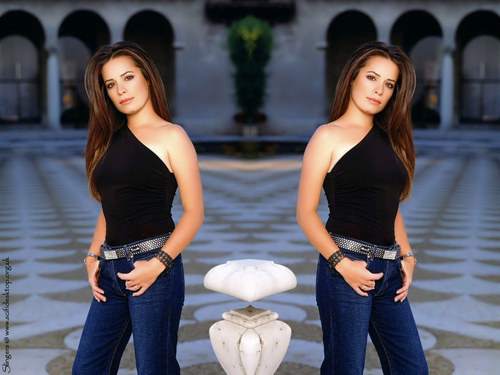 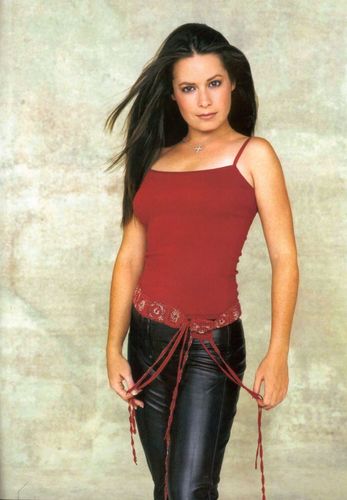 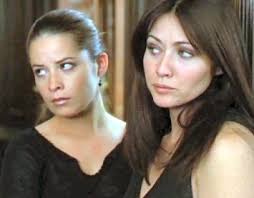 Prue and Piper 19
added by HoltNLucy4Ever 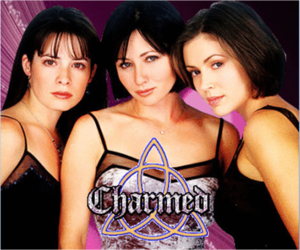 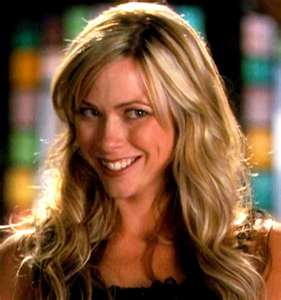 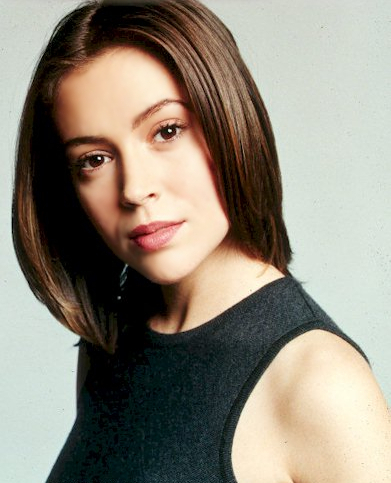