2
A Playlist - Piper and Leo
posted by sevendeadlysins
As you all may have noticed, based on my Charmed Songs forum, I do enjoy making playlists. I have two saved right now, and a billion that I've made in the past.

I put my Rachel/Jesse in the Glee spot, so I thought I would put my Piper/Leo here, because I love sharing them. And you may have seen them on the forum, but I enjoy making lists, so here it is:

Just So You Know - Jesse McCartney: This song perfectly describes how Leo feels in the first season. He shouldn't love Piper because it's against the rules, but he can't help himself. Every word just makes it so real.

1, 2, 3, 4 - Plain White T's: This has got to be the sweetest love song. I think it fits right after these two get their happy ending, because it just makes me feel good to think that they really love each other and always will. Such a sweet way to describe their love.

When You Got a Good Thing - Lady Antebellum: If these two sang, they would sing this song. It's another really sweet song. I actually think of the card that Leo gave Piper in the second season.

Set the Fire to the Third Bar - Snow Patrol and Martha Wainwright: Season 6. They want to be with each other, but there's so much getting in the way. Actually, during episodes, my sister and I play songs we feel fit, and I played this in The Courtship of Wyatt's Father.

Call Your Name - Daughtry: Another season 6, I think. Leo's sad that he let Piper go, and she, too, misses him. Just an overall upsetting song that captures their emotions at that point. When it says "Can you hear me/When I call your name" I think of Piper whenever she calls for Leo.

What If - School Boy Humor: This song seems like it would fit for Love Hurts and a lot of season 2. "What if I die tomorrow/Would you miss me?"

Your Guardian Angel - Red Jumpsuit Apparatus: Do I really need to explain this one? This song is magical. I have declared it their theme song so many times!

Forever and Almost Always - Kate Voegele: I almost find this more of Phoebe/Cole, but there are times when there were bumps in the road for Piper and Leo *cough cough season 6 cough* in which they don't think they're going to get their happy ending.

My Heart - Paramore: They are each other's true loves, and that's all I can really they. "This heart/It beats/Beats for only you/My heart is yours."

Look After You - The Fray: (I guess it's just coincidence that there are a decent number of similar songs between my published playlists...) Anyways, Leo wants Piper to be his. I think of season 2 when she chooses him over Dan or season 7 when he wants to win her back.

Heart of My Own - Basia Bulat: Wow, *another* season 6 song. Piper doesn't think she needs love. Hmm, also the beginning of season 7, at times. Very much her stubbornness.

Haunted - Kelly Clarkson: (credit for this goes to Ellen for introducing me and being the one to come up with this being a song for them) This was one of my favorites off of My December, but it didn't click with me that it described him in Oh My Goddess very well.

She Is - The Fray: Earlier seasons. Leo cannot deny his love for Piper. He loves her.

I Will Follow You Into the Dark - Death Cab For Cutie: Leo would die for Piper and vice versa. "If Heaven and Hell decide that they both are satisfied" yeah, there's a lot there. Deeper meanings, as well as the outer.

Kids - MGMT: I feel like this song doesn't describe their love for each other or anything, but it's the feeling they share towards Chris and Wyatt. It's a sweet song that they both would dedicate to their wonderful children.

Need You Now - Lady Antebellum: Oddly, I'm not a country music fan, but, once again, if they sang, they would sing this. Except the part about being drunk. That's Leo. Oh, yeah, I guess season 6. Definitely.

Half the World - Belind Carlisle: No country, but definitely 80s, so I had to put one on there. This is them all the way through. The world needs Leo, but he chooses Piper.

My Immortal - Evanescence: I shouldn't have to explain this one. I've seen this song a lot in the spot, so I assume most of you know it already and understand the meaning.

Learn My Lesson - Daughtry: Either season 2 or 3. When they are finally together. Leo knows it's not supposed to happen, but they need each other, and he can't stop loving her.

Far Away - Nickelback: Season 3. Early. They will never be apart. Actually, this sounds like it could be their wedding vows. "I love you/I've loved you all along/I've missed you/Been far away for far too long" and now they are finally together for good.

No Spell - Red Jumpsuit Apparatus: This describes just about anyone on Charmed. I guess the title is what hooks me, so I will put it on playlists for any couple/character!

How to Save a Life - The Fray: Uh, obviously. Leo saves lives. I just thought this was the sweetest, saddest song, and I knew it would have to be on any playlist involving Leo, because it is his song.

Shadow of the Day - Linkin Park: There are bad times, good times, in between times, but they get through it together. "And the sun will set for you" is Leo for Piper.

I Never Told You - Colbie Caillat: "I miss those blue eyes/How you kiss me at night/I miss the way we sleep." Yeah, need I say more? I. Miss. Those. Blue. Eyes. When I said this was their song to my sister she was like, "Leo has blue eyes!" Yeah. Another theme song of theirs. I say it goes COWF and so on for S6.
HollyMarie and HaleyDewit like this
HaleyDewit [i]credit for this goes to Ellen ^^[/i] thanks,Courtney
11
the book of shadows
posted by CharmedFan4eva_ 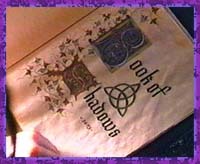 Something Wicca This Way Comes

The spirit board said...
"To my three beautiful girls
May this give you the light to find the shadows
The power of three will set you free
Love,
Mom"

The incantation that Phoebe read that made the Halliwells witches:
"Hear now the words of the witches
The secrets we hid in the night
The oldest of gods are invoked here
The great work of magic is sought
In this night and in this hour
I call upon the ancient power
Bring your powers to we sisters three
We want the power
Give us the power"

Spell used to kill Jeremy:
"Your love wither and depart from my life and my heart,
Let me be, Jeremy,...
continue reading...
4
A new charmed show produced by none other than the charmed ones!
posted by thedeb
A new show of charmed almost got aired so I think its up to us, the fans to bug TNT to death until they let Holly and whoever get it DONE. I love the show, watch it 4 x's a day if I can but I want more, i want new! So what do you guys say. Are you with me on this or what? These ladies have it all, smart, funny and pretty. I love the show because it has everything a normal family has including fights with the sisters, it has romance and everyone got married finally. We need to see the girls have babies like the little girl that Pheobe saw in her premaniton sp? I need more and want more and I just don't get it. Why won't they let this continue. Anyone know why? Thanks :) 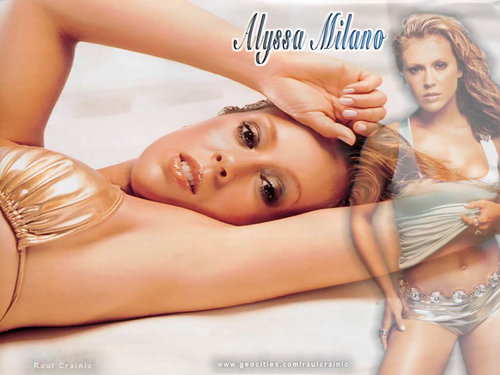 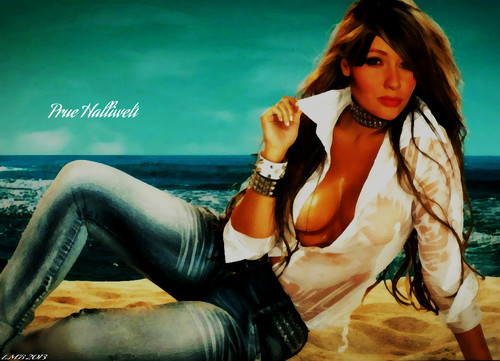 Prue and Piper 18
added by HoltNLucy4Ever 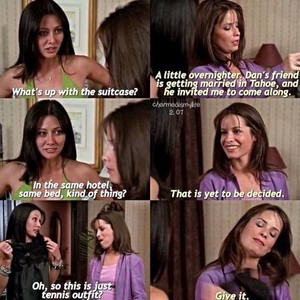 Prue and Piper 16
added by HoltNLucy4Ever 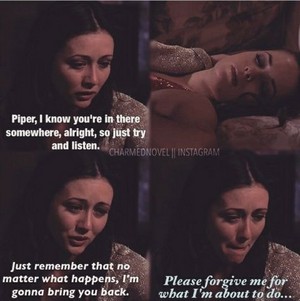 Prue and Piper 15
added by HoltNLucy4Ever

Piper and Paige 8
added by HoltNLucy4Ever 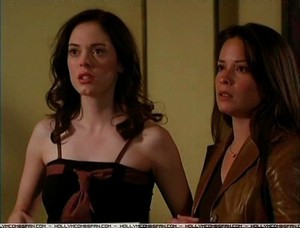 Piper and Paige 6
added by HoltNLucy4Ever

Paige and Piper
added by RoseLovesJack
Source: Made by mec 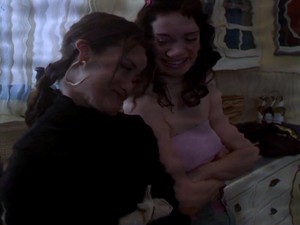 Piper and Paige
added by RoseLovesJack
Source: Made by me 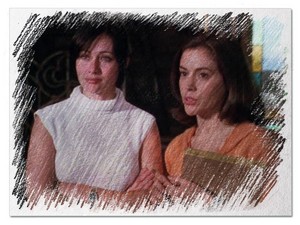 Prue and Phoebe
added by RoseLovesJack
Source: Made by me 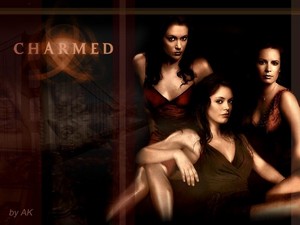 2x07 - They're Everywhere
added by ForeverEternity