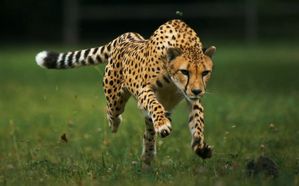 The cheetah is the fastest land mammal on Earth, capable of running 64 miles per hour. However, this cat cannot sustain high speeds for long. Cheetahs typically run in short bursts covering distances of up to 500 yards. Most chases last less than one minute, so the cheetah must quickly catch its prey before it escapes.

Cheetahs are designed for speed. Their large nostrils allow for increased intake of oxygen, and their oversized heart and lungs help power their bodies. The sleek cat uses the weight of its tail to balance its body through sharp turns, and its spine acts as a spring for the powerful hind legs.
While other big cats hunt at night, the cheetah often hunts in the early morning and at dusk, suffocating its prey with a bite to the neck or the nose. Cheetahs are vulnerable to larger predators, such as spotted hyenas and lions, which can kill their cubs and steal their prey. Because of its small size, the cheetah usually avoids fighting, and if confronted (even by just a single hyena), it will often surrender a kill immediately rather than risk injury.

Cheetahs form unique social groups. Males belong to permanent groups of two or three individuals, known as coalitions. Females live alone, except when raising cubs. Male cheetahs stays together for life, and try to gain access to small territories that they defend from other males. Females, by contrast, can range across immense areas that encompass many male territories and overlap with those of other females.
Fast Facts
Scientific Name    Acinonyx jubatus
Cheetahs are nature’s Olympic sprinters, accelerating from 0 to 64 mph in three seconds. This is the fastest speed on record for any creature on land.
Unlike most cats, the cheetah has claws that are not fully retractable, and it cannot roar; rather, it chirps, stutters, growls, yowls, and purrs.
Humans once tamed and used cheetahs to hunt animals such as antelopes. Cheetah skins were among the trappings of royalty. The captive trade of live cheetahs is still a threat.
Cheetahs favor termite mounds and elevated points from which to locate prey, relying more on sight than smell.
Litter size ranges from two to six cubs, though not all may survive to adulthood.
Although cheetahs are among the large carnivores of the African savannah, they are not a threat to human life.
Challenges
Cheetahs range widely and need large areas of undisturbed land with sufficient wild prey to survive. Suitable habitats are becoming increasingly scarce. Though these cats once occurred from South Africa across western Asia to India, today, fewer than 15,000 survive in patches of habitat in Africa. The centers of the cheetah’s distribution are in southern and eastern Africa. Of the five subspecies of cheetah recognized by scientists, the most critically endangered remain in fragmented habitat in the western Sahara and in Iran. These populations are thought to number between 60 and 100 respectively, making them some of the most endangered cats on Earth.

Once hunted for the captive trade, the cheetah now suffers primarily from loss of habitat and wild prey—including medium and small antelope such as gazelles, springboks, and impalas, as well as wildebeest, zebras, and other animals. And while cheetahs are considered important for ecotourism, where the cats live alongside people, they can come into conflict with livestock and gamekeepers, who sometimes kill them in retaliation for loss of livestock or game.

Young cheetahs are vulnerable in some parts of their range—predators kill an estimated 90 percent of cubs. An illegal trade for cubs as pets or for private collections also exists, although the magnitude of this trade is unknown. The IUCN Red List labels cheetahs as a whole as Vulnerable. The North African subspecies is considered Threatened and the Asiatic and northwestern Saharan subspecies are listed as Critically Endangered.

WCS Responds
WCS is working with three of the five cheetah subspecies. Since the mid-1990s, we have supported studies of East African cheetahs in Tanzania’s Serengeti National Park, in coordination with the Zoological Society of London and Tanzania Wildlife Research Institute. This long-term project has revealed much of what scientists currently know about wild cheetahs. Researchers are now expanding the cheetah-monitoring program in the Serengeti to cover a larger area of Tanzania.

A WCS-supported survey in the Sahara Desert captured the first camera-trap photographs of the critically endangered Saharan cheetah in Algeria. This study is part of the first systematic survey of this subspecies. So far, the researchers have identified four Saharan cheetahs by using the cats’ spot patterns, which are unique to each individual. WCS has combined studies of the Saharan subspecies’ ecology with an in-depth survey of the relationship between the cat and local Tuareg pastoralist communities. In addition, we are working with Algerian scientists to broaden the efforts to conserve this very rare cat.
In Iran, where many prey species have disappeared, just about 60 Asiatic cheetahs remain. To promote their survival, an international team of scientists—led by WCS and the Panthera Foundation—is working with Iran's Department of the Environment. The researchers have radio-collared two male Asiatic cheetahs in the Bafgh Protected Area in the southwestern part of the central Iranian plateau, marking the first time these big cats have been tracked by conservationists.
Given the cheetah’s need for large tracts of undisturbed land with plenty of prey, scientists have spearheaded a continent-wide conservation planning exercise. WCS brought together land managers and governments to prioritize actions and funding strategies to protect the African subspecies. And together with the Zoological Society of London, we are currently supporting the activities of cheetah coordinators in southern and eastern Africa, helping them to implement a range-wide recovery plan.
CheetahGirl5147 Keep in mind, I did NOT make this, the original is in the link http://www.wcs.org/saving-wildlife/big-cats/cheetah.aspx?gclid=CjwKEAiA_NmkBRCe3ubC1aWAtEcSJACxkkbqqsWzsaDCPXsETNY7zrFZRbv74yybuvC6NJ1w_dUmExoCGTHw_wcB 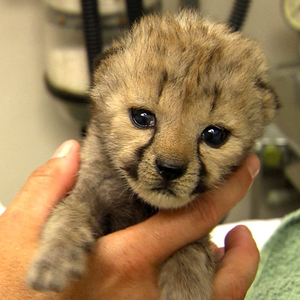 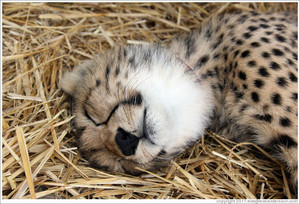 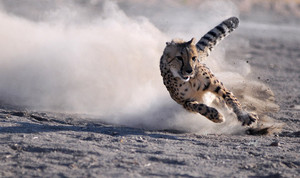 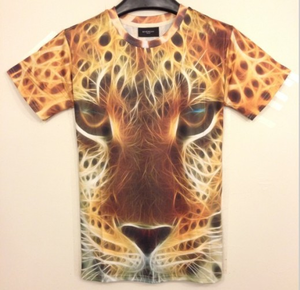 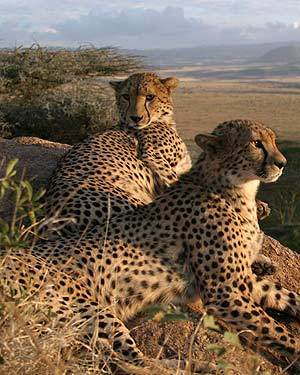 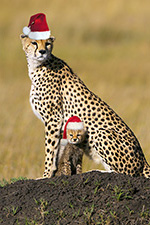 A Cheetah Christmas
added by CheetahGirl5147 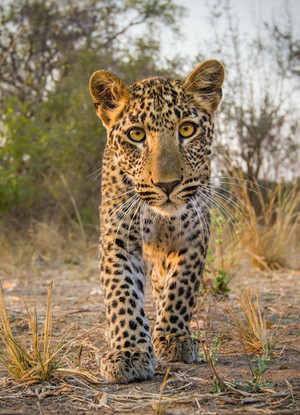 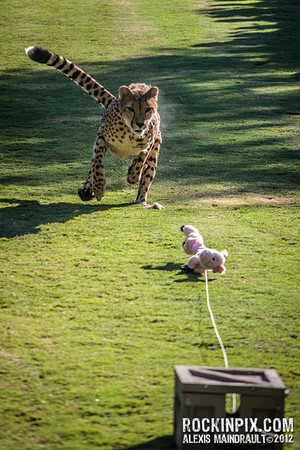 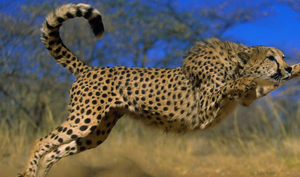 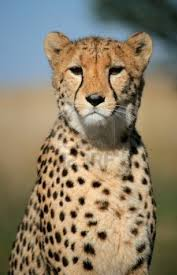 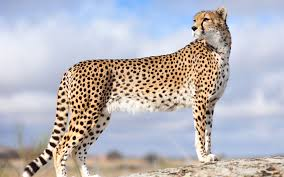 cheetah in action
added by rkebfan4ever 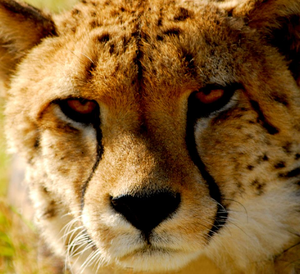 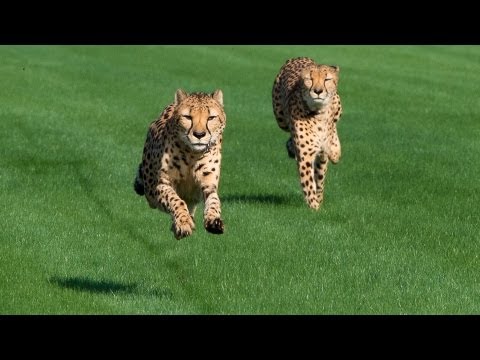 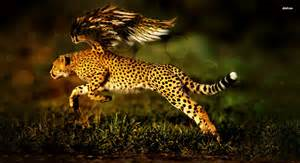 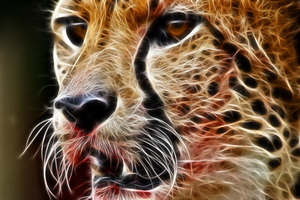 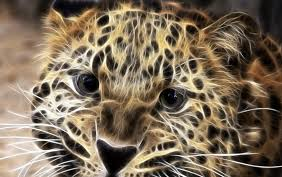 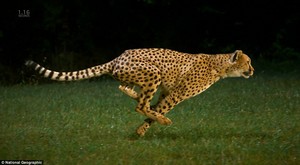 1
cheetah in action
added by rkebfan4ever 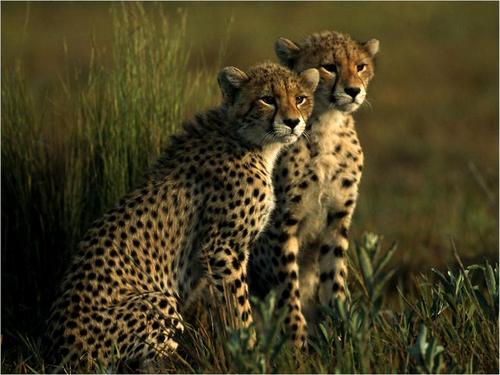