2
10 movies/shows that are really special to me
posted by BB2010
This is a list of ten movies and shows that mean so much for me. I love the shows and movies in this list for nostalgic reasons, because of special memories involving them, because they taught me some life lessons, or they helped through some hard times. 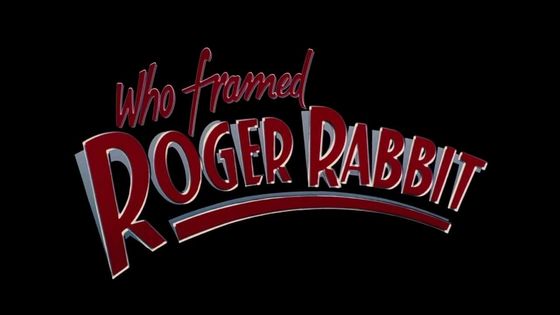 10. Who Framed Roger Rabbit
When I was a little kid there were only a certain few of live action movies I loved to watch and this movie was one of them. I loved watching the Roger Rabbit hospital cartoon that came with the Honey I Shrunk the Kids tape and I loved this movie. When I was little I didn't understand that the whole movie was supposed to be a murder mystery, I was too focused on the funny cartoons doing funny stuff in the background. It wasn't until I was older that I understood the danger that was going on. Jessica Rabbit is a character I wish had more love (not THAT kind of love, you pervs) and Judge Doom is still in my top 5 scariest villains. And another thing I love about this move is there's so many hidden easter eggs that you don't notice right away! Did you know that in the climax there's scary shadows in the background? Because I didn't notice until I was an adult 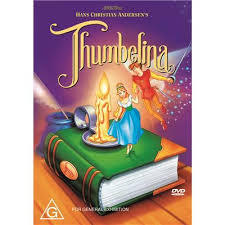 9. Thumbelina
Okay this wasn't one of Don Bluth's best movies and it was full of plot holes. But when I was a kid, it didn't matter to me. Every time I visited my dad I would pop this movie into the vcr and watch it the whole weekend I was there. I liked Thumbelina's design, I loved the songs (even the villain songs), and I had a crush on Cornelius. I had to stop watching this movie for a while so I was so excited to see it in the library when I was 15. When I was watching the movie I found myself asking these questions like "Why didn't the bird just fly her home?" I still had fun watching the movie though because of nostalgia. I even have the songs on my ipod and I listen to them when I'm feeling sad. 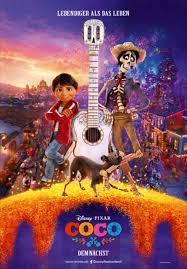 8. Coco
Okay there's no nostalgic reasons to love this movie since it only just came out. BUT this movie is special to me because I had lost my dad to cancer last july and this movie helped me feel a little better. When Hector sang Remember Me to little Coco I thought about my dad and the idea of lost loved ones crossing over to the living world to see their family provided me with some comfort because it makes me feel better thinking that my dad is here with me, especially on days I feel most alone 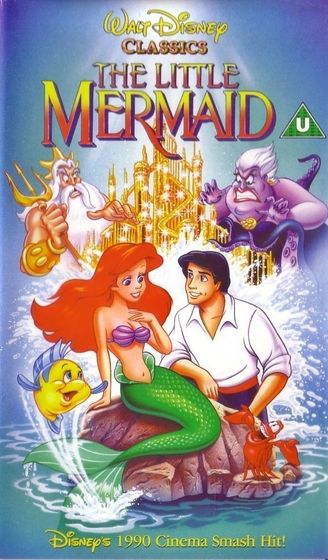 7. The Little Mermaid
Little Mermaid was another movie I used to watch all the time at my dad's (funny enough Jodi Benson voiced Ariel and Thumbelina) My dad even put up cardboard cut outs of little mermaid characters in my bedroom and my mom got me some little mermaid toys one year for christmas because I loved the movie so much. When I was little I loved the idea of mermaids and wanted so badly to be one or at least meet one. But then when I was about 4 I told my older sister that I wanted to be a mermaid when I grew up she flat out told me "Mermaids aren't real" and to this day I still remember how my heart shattered into a million pieces. I'm not a huge fan of the movie anymore because of that memory and because I don't like Ariel that much anymore but I still love watching it whenever I can 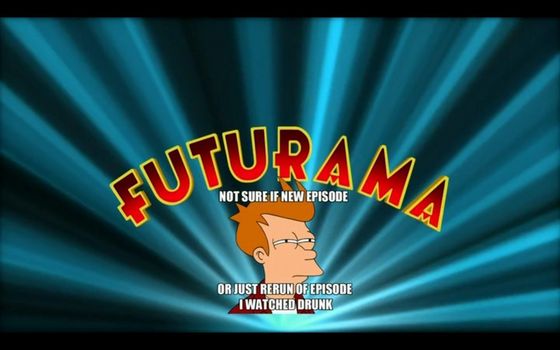 6. Futurama
This is a show I've loved since I was a kid. The first two episodes I watched were Why Must I Be a Crustacean in Love? and Brannigan, Begin Again and I was immediately hooked. At the time I didn't know what the show was called (I was channel surfing when I found the show) so I thought I would never see it again but then this show was put on Adult Swim on cartoon network a year or two later and I was so happy to see it again. My sister and I spent part of our childhood sneaking out of our room at night after bed, grabbing some snacks from the kitchen, and going downstairs to watch mature shows and Futurama was the show I looked forward to the most. When I found out the show was cancelled I was heartbroken and I held on to some hope that it would come back. Then one Christmas when watching The Simpsons Movie on dvd there was a preview for Futurama's movie Bender's Game and I remember I almost squealed with excitement and when I found out the show was getting more episodes I fangirled super hard. 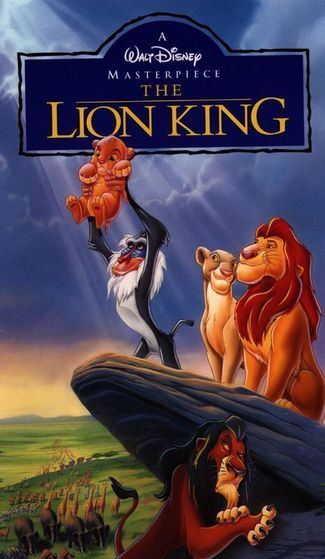 5. The Lion King
This is my all time favorite disney movie. I love the animation, the soundtrack, the score, the characters, the script, everything. I watched this movie a million times when I was a kid, mostly at my dad's. I even reenacted the movie with my stuffed animals and my pokemon cards (had no idea how to play the pokemon card game, I just played with the cards the same way you'd play with toys) and I had a big Simba stuffed animal that I slept with every night. I haven't watched the movie since I lost my dad because I know it will be harder to watch Mufasa's death scene now but I hope I'll be able to watch the movie again eventually.

4. Moana
Again, not old so can't really have nostalgic feelings for it but this movie does mean a lot to me. When I saw this movie for the first time it was for my birthday and I loved it immediately. I had to be on a plane the next day to visit family for christmas so I downloaded the songs onto my ipod and listened to the the songs over and over again on the flight (I can't get comfortable on planes) I listened to the soundtrack from Where You Are to We Know the Way reprise on repeat for months without getting tired of it. The last time I watched it I had gotten a phone call from my mom that my dad was in the hospital and wasn't going to make it through the night. I moved to a different state a few years ago so I wasn't going to make it in time to say goodbye. To try to take my mind off it I put in Moana but then when Moana's gramma was dying I almost lost it. Then I almost lost it again when Moana was giving up the heart and her gramma came to talk to her. I was almost ready to take out the movie until I Am Moana scene started. It made me feel a little better and like Moana with her gramma, I'll carry my dad in my heart 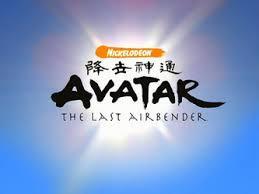 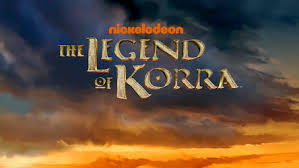 4. Avatar the Last Airbender/Legend of Korra
Okay it's two shows but I'm counting it as one. Don't like it? Well as Korra said "You gotta deal with it" When Atla came out I didn't think it was going to last that long (serious shows didn't normally last that long at the time) but once the series finale premiered I figured "Why not?" and so I watched the show all the way through without skipping any I had already seen. It became my all time favorite show. And thanks to my love for this show, I met my husband who is also a huge fan of Atla. We had our wedding be Atla themed and everything! About Legend of Korra, when I heared there was going to be a spin off I hesitated watching it because I've never been a big fan of spinoffs. But after watching the commercials I was on board. I loved the first season, wasn't a big fan of the second, I liked the third season, and I loved the fourth season. When the last season of the show came out I had been fighting depression for a long time and I almost never saw characters on tv who was depressed and not just sad for a few minutes. I felt that the way Korra's depression and her ptsd was really well written. She didn't get over her trauma right away, even after three years she was still struggling. The characters in both shows were very well written, relatable, and had great character development

2. Steven Universe
Steven Universe was another show I watched when I really needed it. When it first came out I wasn't that interested because besides Gumball, Adventure Time, and Regular Show the shows cartoon network played weren't that great. When I watched Steven Universe for the first time it was when it was doing its first Steven Bomb which included the season finale. The first episode I watched was Rose's Scabbard and even though I didn't know exactly what was going on I felt like I could still understand some of the things happening. All the stuff I thought this show was was wrong, it wasn't just some show where there's an annoying little kid who went on adventures with a worry wart (Pearl), a serious stoic character (Garnet), and a lazy loudmouth (Amethyst) it was a show where a boy goes on adventures with a gem who does worry but is a great fighter who stands up for herself (Pearl) a gem who looks serious but has fun when she wants to and can joke around and smile (Garnet), and a gem who doesn't worry about the small stuff and wants to have fun (Amethyst) And the greatest thing about this show is it has characters of all shapes an sizes (fat, thin, buff, tall, short, etc), different sexualities, different colors, and different personalities and the episodes talks about serious real life stuff like war, cultural appropriation, self doubt, depression, etc. It takes kids of all ages seriously 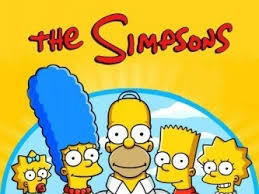 1. The Simpsons
This is a show I watched all the time growing up. My dad didn't have cable so before I visited him I would fill a recording tape with shows I wanted to watch when I visited him and it was mostly The Simpsons on that tape. I'd be watching a lot of. different episodes when I visited him and there was sometimes where he'd watch a couple with me when he wasn't busy. Even as an adult any time I came over he'd always say "Hey Bree, The Simpsons are on!" and he'd turn it on for me. After he was diagnosed with cancer I made him a really special father's day present; I went to a place where you can paint cups or pottery and I painted Homer and Maggie on a plate for my dad and sent it to him. He loved it. Any time I watch The Simpsons I think of him and the good times we had and it makes me love the show even more
ajotma and Disneyotaku like this
Lanalamprouge this was so sweet!
BB2010 ^awe, thank you! 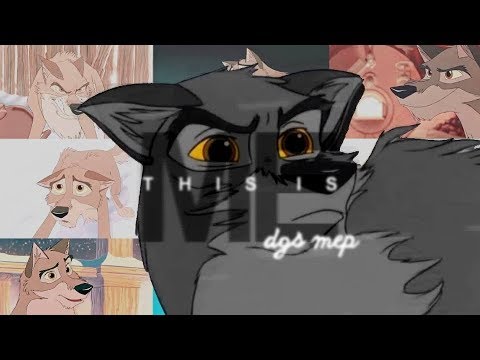 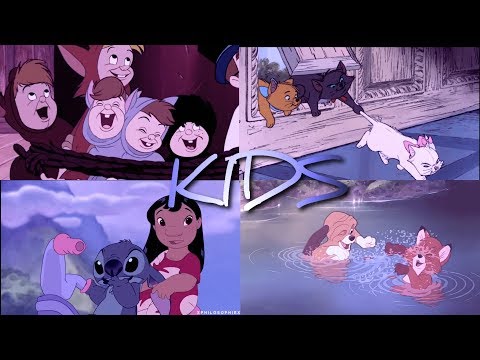 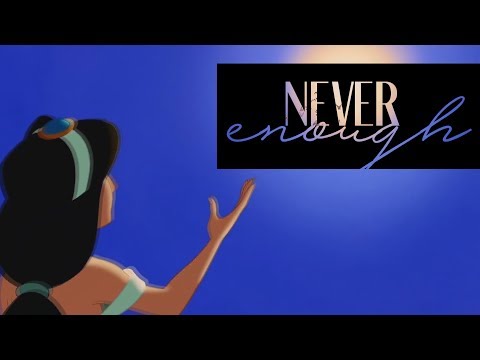 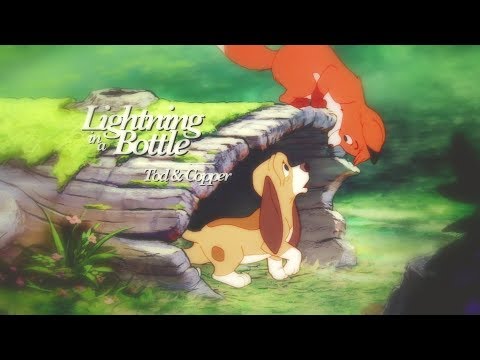 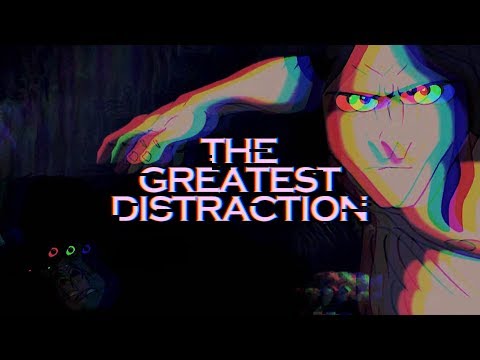 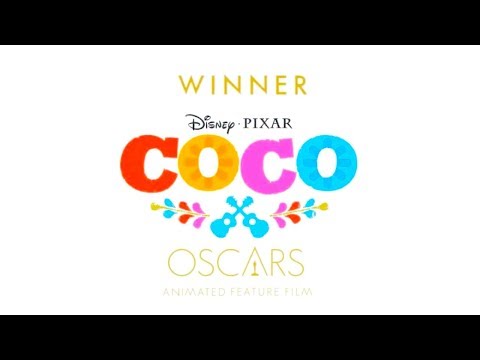 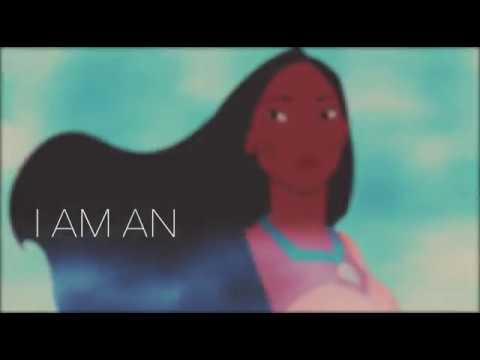 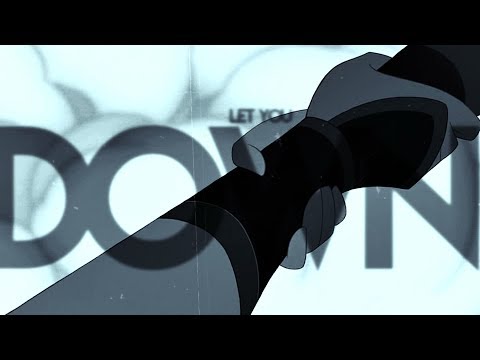 Mulan & Moses || Let you down [5k+ subs!]
added by Lanalamprouge
this isn't a crossover :P but i found this tribute for mulan and moses
video
disney
dreamworks
animated movies
tribute
fanvid
moses
mulan
prince of egypt 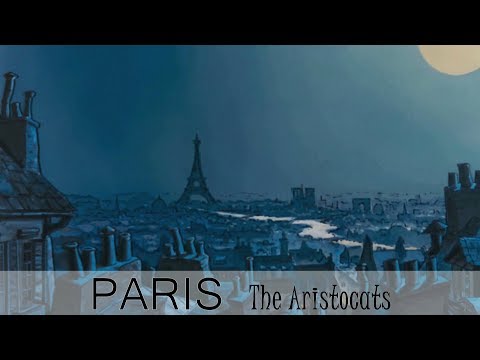 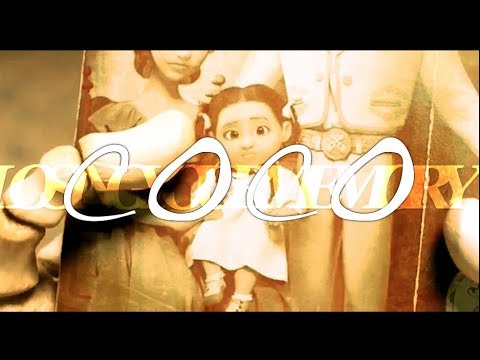 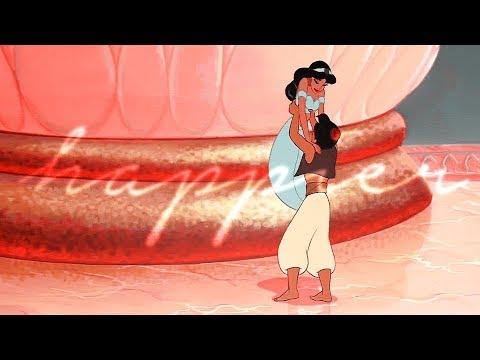 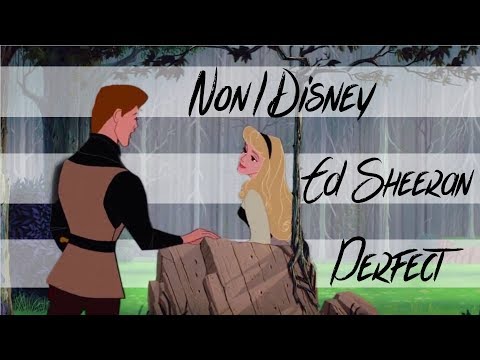 disclaimer: the synopsis for each movie kinda sucks but bear with me because I know some people don't recognize a couple of the movies 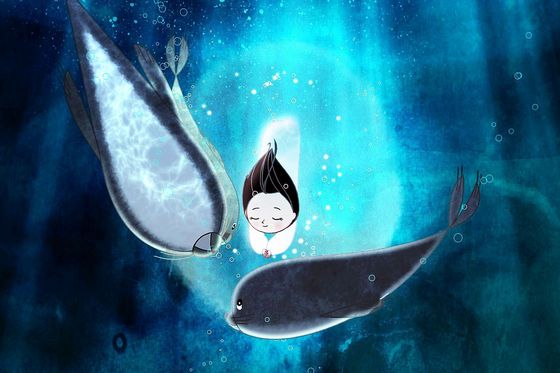 
Ben was a small kid when his mom disappeared from his life with only a promise he made to take care of his sister, something he really has no intention of keeping now that they're a bit older. His father hasn't gotten over his mother's...
continue reading... 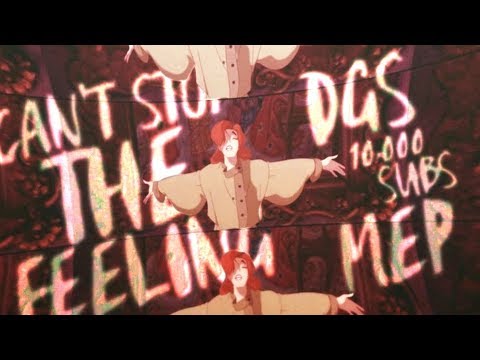 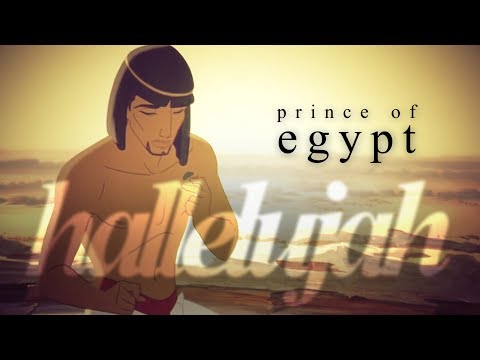 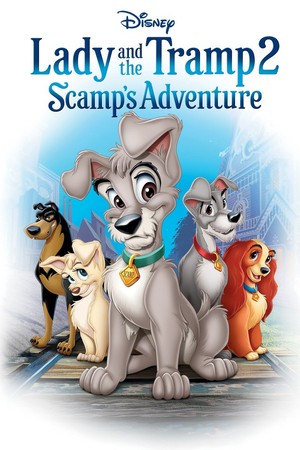 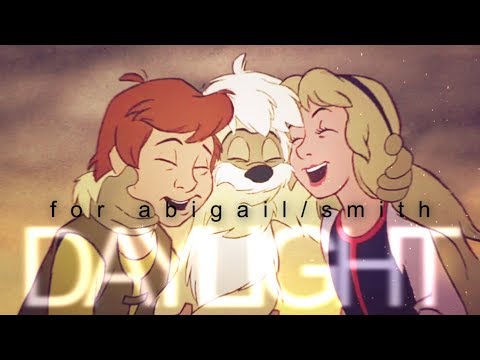 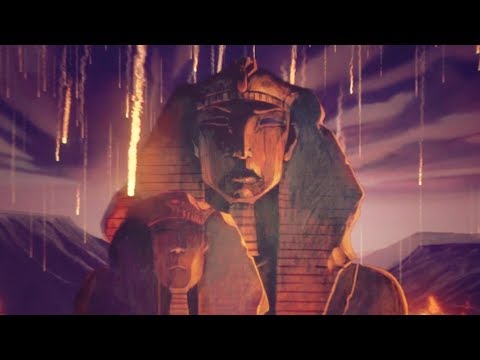 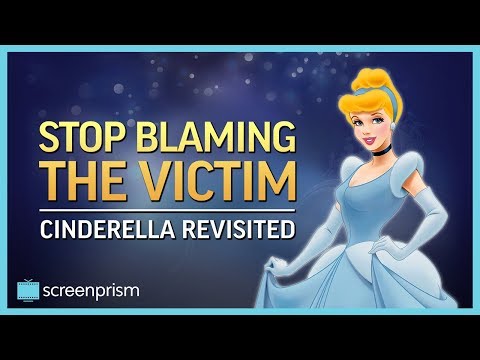