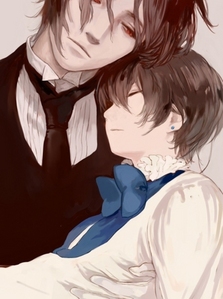 As known to most fans of this anime/manga, there are pairings and couples that fan girls, find outstanding and choose to pair up because they are, as often stated, made for each other.

In Kuroshitsuji, or Black Butler, most pairings are yaoi, seeing as the anime contains mostly male characters. But at times, these yaoi-pairings go a little too far.

First of all, I want to say that I have no intentions of insulting or offending you, not at all, but I want to come with a point of view of especially one couple; Our beloved Ciel X Sebastian pairing.

First off I want to state that Ciel is a thirteen year old boy, he has no sexual intentions whatsoever in the anime, nor does he appear as a highly sex-obsessed freak that many take him to be. To tell the truth, it's highly doubtful, even at times that he might be having a few 'outbreaks' of thoughts and feelings* (seeing as he is in his teens), that he goes to his thirty year old butler for his needs to be satisfied.

I find it rather insulting when people happend to make out such paintings of a thirteen year old (for crying out loud), and a grown man.

Also, for a almost thirty year old man to let his 'desires' be satisfied with a little teen boy... in most community's he would have been considered a pedophile, thus gone to jail.

Not only is it this pairing, but Alois and Claude as well. The same thing just with another couple. Fangirls have gone to far this time, and I feel like they make out a hole different plot that it originally was. Moreover, I think that the plot has had very little attention the past few years, and as years pass, more fangirls appear and get 'the wrong idea'.

So please, don't let these thoughts go to your head like that, of course I know this is anime, and it doesn't matter what happends, but still, just as Ciel is a kid, there are kids here, and many of us are kids. I think that many the pairings are very creative (Ciel and Alois, for instance), but take it easy with all of this obsessive fangirling of yours. I have nothing against Yaoi, and you may enjoy it as much as you want for yourselves, but somewhere there is a limit. Careful so you don't pass it. 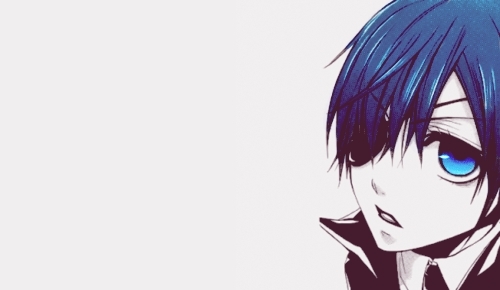 EmilyIsADemon, sonicnmlpfan122 and 3 others like this
vampiressJazz you got it wrong it's 'Sebastian x Ciel' because the seme comes first. Just saying. Sebastian isn't 30(way older as he's a demon) as Sebastian is a demon not human.(plus in the end of kuro II he becomes a demon) should not matter. i mean look at characters in other books/manga's anime ect(it happens with Vampires...too) There is much worse then this(have you seen Boco no pico now that is 100x worse then this shipping) This probably makes no sense but anyways.
Mushii ^ I'll fix that right away! I don't watch/read yaoi, so I have no idea... But thank you for the info! o3o I was referring to his looks, and how he appears. By that I would say he is about 30 years of age. Besides, making him even older would make the issue worse, don't you think? And also, considering this is a Kuroshitsuji spot, I thought I should take up issues about Kuroshitsuji, and not other animes. I am aware of the fact that there's other 'big' pairings, but I found this pairing especially... interesting. Therefore, I chose it.
vampiressJazz ^I actually read somewhere(a Manga site.. or on some merchandise) That Sebastian has the appearence of a man in his early 20's. Just an example here i think between monsters/humans it doesn't matter i mean look at Twilight..edward he's way older then Bella(and most sane people think that..but i hate twilight anyways that's another matter) This happens quite a lot with Supernatrual books/Manga's ect because it's forbidden. i guess that it seems different here.. as they are both guys.. for people who don't ship yaoi is kind of awkward. Sorry if i come off rude, i didn't intend that.
Mushii Is that so? I would like to get the name of that source, seeing as I've read something quite different. Yes, that is true, and I agree. I, myself ship many couples who are far apart in age. Even as much as a thousand years, but the issue changes when the plot is not even based on romance or love. Kuroshitsuji never was stated to be a [i]yaoi anime[/i], there where just fangirls that [i]named[/i] it to be one, this leads to the fact that the original plot has gone off focus. No, not at all! I apologize if I seem rude, myself. Actually, I support many yaoi couples, so I'm definetly not hating on it. Also, I'm very happy that you are discussing with me, assuming you are a fangirl, I would like to know how and what you think of this ^.^
vampiressJazz ^Ah thank you. I am not much of a fangirl.. as some people *looks around* i used to love this pairing.. but other pairings have caught my interest. Apparently Kuroshitsuji was intended to be a shonen ai Manga but Yana's agents(what ever you call them) said that it wouldn't appeal to people and it wouldn't sell as well as what it is now( they were so wrong XD i can just imagine the sales of Kuroshitsuji going up dramatically.. well maybe so many people read Manga on the internet now a days but that is an entirely different matter.)
93shadowwolf Same thing here! I love SebCiel, but porn of this pairing is completely disgusting and out of the box. A 13 year old and his 300+ years old, physical age of 30 butler?!? That-that is just sick!
vampiressJazz ^ I hate yaoi porn, the soft stuff is cute..... But explicit nudity nuh uh
Mushii vampireJazz@ LOL, I agree. If it was a shonen-ai, I would [i]soo[/i] read it myself. I mean there are so many shonen-ai mangas, who have now suddenly got a lot more attention, an example is No. 6 (whom I adore to death <33) I definetly like shonen-ai a LOT more than yaoi, seeing as yaoi is often the sexual relationship in the center. That is one of the biggest reasons I like shonen-ai, where it's more... sweet.
vampiressJazz Finally.. someone who doesn't find the sexual part appealing. everyone on the yaoi spot is like sex or it's not good =__=
AnimeMuffin personally, i like the pairing of Ciel and Sebastian...but i can see where you are coming from. And i totally agree with your view on Ciel x Allois
videogamergirl ...So? ignore that stuff. Let people do there thing and you do yours, m'kay?
Lokinne Shipper here but not fond of SebasCiel. Personally I don't view the series as a Yaoi/Shonen-Ai one. It's supposed to be shonen but sometimes I'd tag it as seinen (some manga chapters~). But I don't know, I could say "Is just fiction", but I like to ship Ciel with other characters rather than with Sebastian, but 95% in a soft-platonic-caring way, not a sexual one. It depends more on the plot of the media than the characters themselves and how the authors depict these relationships.
PolinaLuvsAnime @Mushii I ship SebasCiel. But I see what you did there. I ship it because it kind of makes sense. I mean, Sebastian said that he would stay by Ciel's side until the end. Plus, Yano Toboso ships it...
meep101 Hey I don't have anything personal against you but I think that whatever the artist decides to do with his work is his own free will. Plus this certain anime was originally supposed to be a hard core yaoi. So if you can't accept what the writer feels and thinks then why criticize it. Only when you believe something is perfect Is the moment when you can truly judge something fairly. 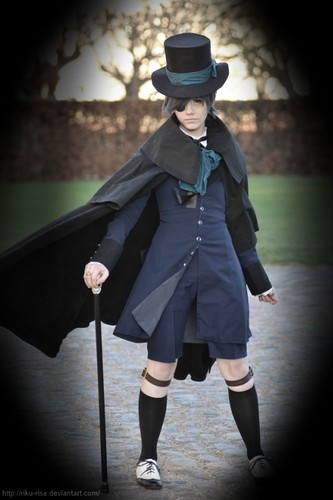 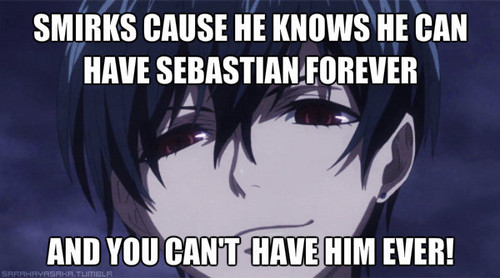 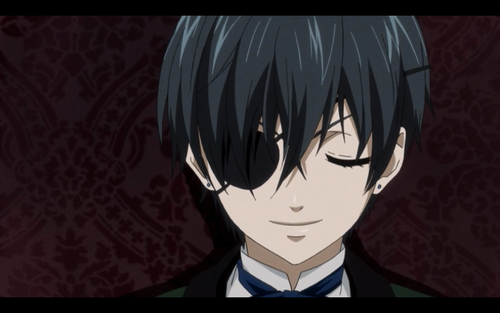 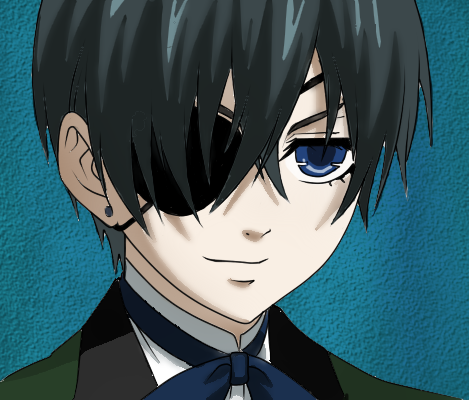 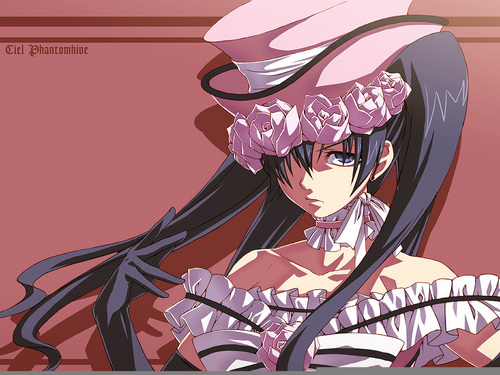 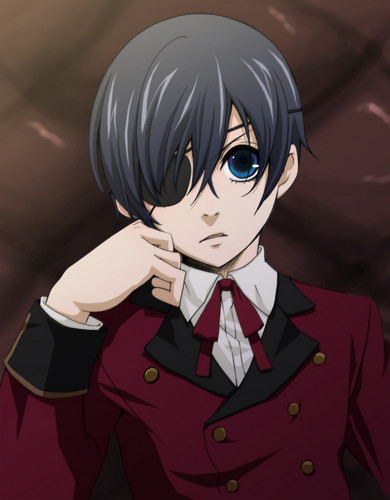 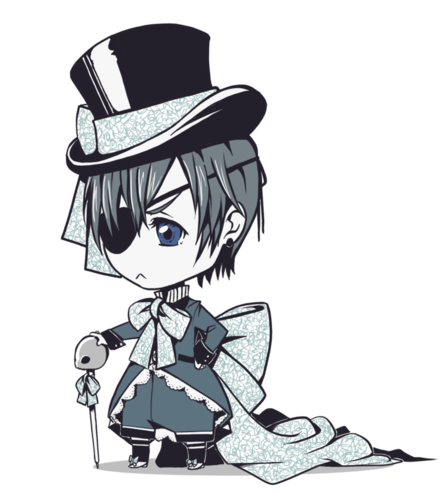 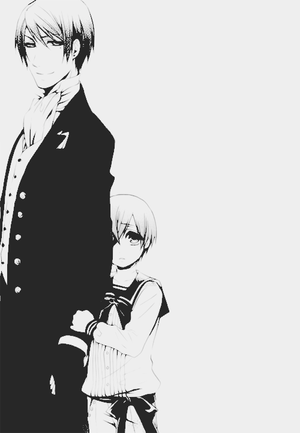 3
Vincent and Ciel {Father and Son}
added by SelenicSoul7 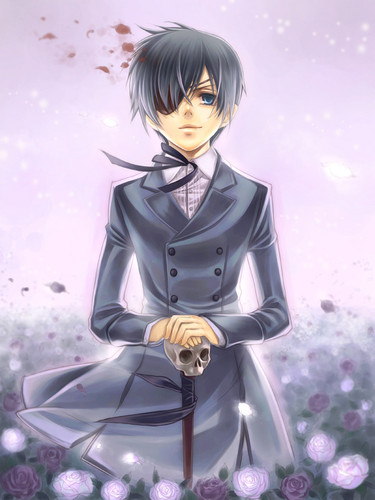 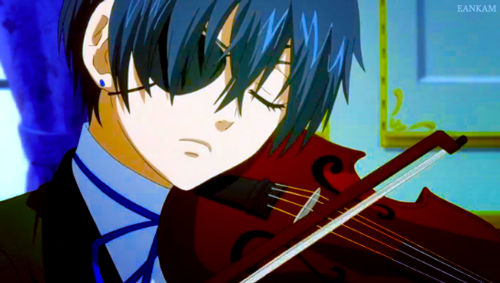 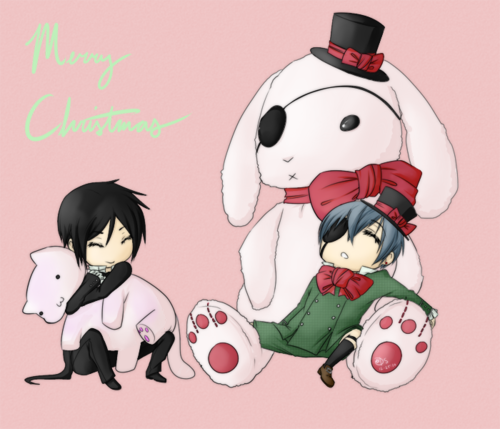 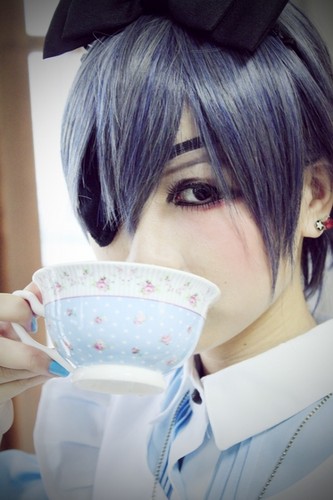 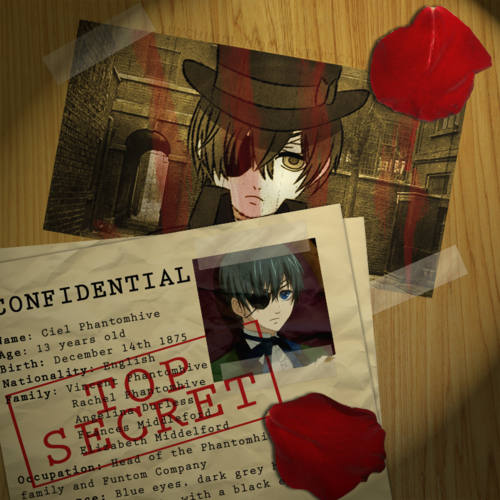 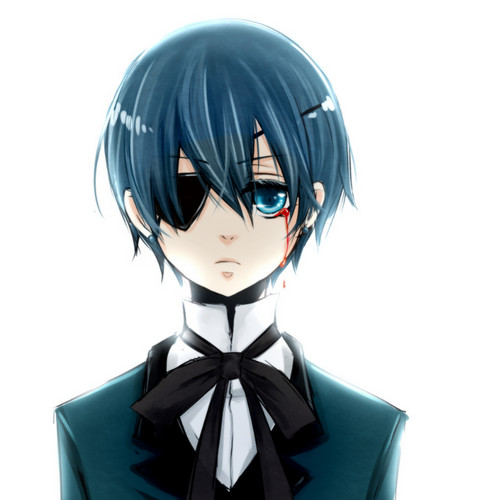 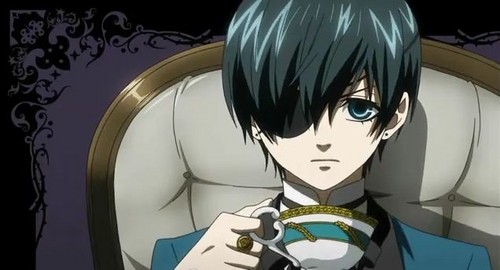 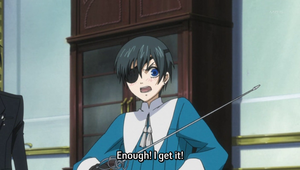