12
What Classic Disney Means to Me
posted by EmilyELewis 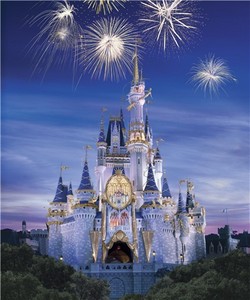 To some it’s strictly the movies made before 1995 when “Toy Story” was released with Pixar – what this spot claims as its cut-off – or at the end of the millennium. These people may or may not include sequels, the live-action and partially live-action films, spin-off series, and old-school Mickey&Minnie-era cartoons.
Others say that “Classic Disney” is strictly the traditionally-animated films that Disney puts out on his own (but not Disney Toon Studios) with no cut-off dates. Some say “Classic Disney” is any animated or partially animated Disney film ever – including Pixar ones, but nothing with a relation to Disney Channel.
Still others go by the actual “Disney Classics” canon, as considered by Disney. What a novel idea.

I, though, am a little different. For me, “Classic Disney” is about that certain feel of a Disney classic -- those things that you think of when you close your eyes and say “Disney movie”. Music, magic, story, animation, and heart. Yes, I know, it’s unconventional. And I know I’m not about to convert everyone over. I merely wanted to give my fellow Classic Disney lovers some food for thought…

A Classic Disney film has music. Songs that the characters sing themselves to express themselves and move the story forward. What would Aladdin be without “A Whole new World” and “A Friend Like Me”? Or The Lion King without “Be Prepared” and “I Just Can’t Wait to be King” or even “Circle of Life”? These are the songs we catch ourselves humming in the halls and put on our iPods (perhaps “as a joke” or “just for my little sister”, if you’re the proud type). They are often the most memorable portions of the movie and they’re what made us love them as little kids. The music keeps us listening to the “Best of Disney” CDs long after we abandon the old VHS tapes. The music is key to a Disney Classic.

A Classic Disney film has magic. Every single Classic Disney film has elements of magic. And don’t deny it. Even the ones we think of as “realistic” reek of the wonderful stuff. Pocahontas’s entire plot hinges on Pocahontas using the spirit of nature to understand a totally foreign language instantly and perfectly (to say nothing of the talking tree and the fortune-telling scene with the tribe’s medicine man). Mulan has a talking mythical dragon, Hunchback has gypsies who can perform physically impossible magic tricks, and even Tarzan has a man who can speak gorilla AND elephant AND a few others at a young age AND still has the ability to learn the English language pretty dang fast. Every Disney movie at least has one or two entirely sentient animals (also, all animals speak the exact same language, plus understand the local human language). This magic – this suspension of disbelief is what makes a Disney Classic wonderful and exciting and fun. Both to children and adults. The magic is key to a Disney Classic.

A Classic Disney film has a story. One story, for that matter. None of that junk like in Three Cabelleros or Fantasia that has ten different mini-segments, none of which are really connected to each other. The story is the meat of a Disney Classic. Without it, there’s nothing there worth watching. The story is also a good one. It generally involves overcoming all odds to reach your dreams (also: love, adventure, and helping others abound). The story is usually heart-warming and always has an ultimately happy ending. It story lifts you up and reminds you that there is goodness in the world. The story is key to a Disney Classic.

A Classic Disney film has animation. It may or may not be the traditionally 2-D sort, and it may or may not be entirely animated. Mary Poppins and Enchanted, which have both live-action and traditional 2D animation are just as much Disney Classics as Snow White and Princess and the Frog (both hand animated in the old-school manner). Bolt and Meet the Robinsons, which have computer animation, pass the test as well – because why would it be different just because Disney chose a more modern technique that requires just as much work, just of a different sort. However, a Classic Disney film really must have some animation of one type or another, because that’s what makes it classically Disney. Any studio can put actors in front of a camera, but Disney is famous for its animation -- for daring not to take the easy way out, but rather to make it just exactly how they want it to be. Animation is key to a Disney Classic.

A Classic Disney film has heart. Above all, it has heart. It isn’t just an hour and a half of pretty pictures and funny voices. It doesn’t stoop to crude humor or throwing in flashy sequences with no purpose. It has a real, genuine feel to it. One that shows the people who made it care about what they were working on. One that teaches you about being yourself, chasing your dreams, and loving others. The heart of a Disney Classic is its greatest weapon. That’s why our parents let us watch them so much as kids, and why they were the only ones we could watch at school in kindergarten, and why we not-so-guiltily return to them year after year. Heart is key to a Disney Classic.

Music, Magic, Story, Animation, and Heart. The true criteria for a Disney Classic.

In my opinion, anyways.
PrueFever, xXxWiseGirlxXx and 10 others like this
EmilyELewis What do you think of it? I say these things so often in comments to picks and answers and such, I wanted to put it all here together.
peterslover I must say, you ARE TRUE TO DISNEY ♥ Mr. Walt Disney would be so proud of you! He is smiling right now, in Heaven, for what YOU AND I feel! I love your heart for the true classic Disney ♥
EmilyELewis Thank you very, very much. That's kind of you to say.
AllegroGiocoso Beautiful and lovely article. I very much enjoyed reading it.
sugarcane15 disney movies help me belive in my self
LisaForde I like the music and the story behind them
dollyrox i agree with you except that i dont consider classic disney anything with real actors. to me, if it isnt full animation, it isnt classic disney. other than that, i think you said it perfectly :)
souflizzle317 ^ like dollyrox said, you said it perfectly except I agree with what she said about animation. Don't get me wrong, I LOVE Mary Poppins and Enchanted to death, but they're not classic Disney in my opinion. Great job though, the way you explained it was amazing :)
faya27 I totally agree with everything you said about Disney. Music, Magic, Animation, Story, and Heart are what sound like Disney to me. I also like that Disney doesn't stoop down to crude humor (like stupid Dreamworks and dumb Nickelodeon do). Additionally, I like how Disney (and Pixar) portrayed romance in thier films. They all celebrated love and marriage in thier films whereas Hollywood celebrates sex and night-stands. Disney and Pixar proved that you don't need sex in your stories to make a passionate love story. Who wants to see Ariel/Eric or Buzz/Jessie..."making whoopee"? I know a lot of people don't like music in Disney films but I actually love music in Disney films. I don't think the Little Mermaid would be a success if Jeffrey Katzenburg took out "Part of your world." Every girl, including me, love to sing/hum "Part of your world," because it is full of soul and beauty.
magicfairydust Lovely article! I agree, classic disney means so much more to me than just movies. They are and will always be a part of me because they are what I grew up with and it's just a huge part of so many people's lives. 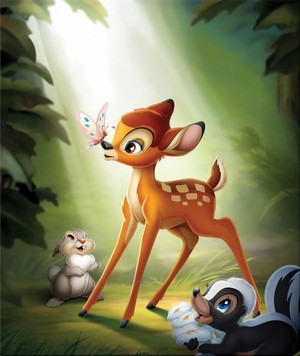 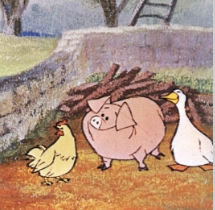 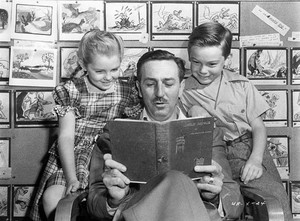 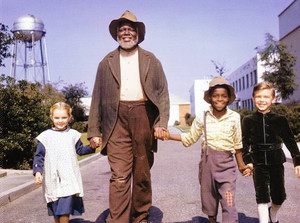