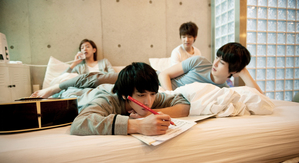 1. One day,when CNBLUE boys haven’t had phone,they borrowed their neighbor’s phone to have a call for food delivery since they were hungry.

2. The reason why Jonghyun learned guitar is because he had a chance to watch mini live perf and thought that the guitarist was so cool.

3. For Jungshin..dentist is the scariest place to go.

4. JongHyun loves pork soup.He said when he eats Pork Soup, he regrets his life.There’s such delicious food in this world, he must live diligently.

5. During high school, Minhyuk often went on a trip alone just with his camera.

6. Minhyuk: “On my childhood time I went traveling overseas a lot with my parents.”

7. JungShin said Yonghwa is the best photogenic in 21st century since he’s beauty becomes double on screen than in real life.

8. Minhyuk isn’t a cry baby as joked about by his bandmates. He’s only a little sentimental and has a soft heart.

10. Jungshin and Minhyuk are roommates. Minhyuk said Jungshin listens well to his story as a friend and JS also gave him advice on his problems.

12. JongHyun likes running but he doesn’t like ball games.

13. CNBLUE boys have revealed that they like watching movies n dramas in their free time.They got inspiration writing music n lyrics from those

14. JungShin’s skin became so good, shining. He was threatening MinHyuk for the title of king of skin.

15. Minhyuk always carry his precious camera. He said this is a present from a fan. He takes it everywhere with him and takes pictures.

16. Jonghyun said he doesn’t have time to do sports these days. Even so, he was a former Gold Medalist.

18. When Yonghwa picks everyday wears, he likes to mix and match clothes of bright colors, and he won’t forget rings and accessories.

19. For Yonghwa,Brands are not important, whether the clothes suit the person matters more.

20. Jungshin said whenever he bought clothes home,other members always say his choice is bad and even ask him to return them. But for YongHwa, everybody praises his picks and Jungshin feels so hurt...

21. Yonghwa said Jungshin and Minhyuk are the ones who are the most popular among girls..

22. Jungshin loved carrying bags ever since he was 7. He said when he was small,he used to carry a bag every day and put a lot of snacks inside.

23. Yonghwa said when he was in middle school, he was the one who represented jump roping.

24. MinHwan FTI said when he meets MinHyuk, he only talks about drums.

25. YongHwa said he wants to snatch MinHyuk’s role (as drummer)..*kyaa Yonghwa as drummer and so,Minhyuk will be a vocalist...

26. Yonghwa:”On stage,Jungshin will always act pretty and shout “Ha!Ho!” He feels that he is the coolest when he sings thats love shouting”

27. MinHyuk:If I’m not in CNBLUE like now,I should be a really obedient student,studying seriously n sometimes watch CNBLUE together w/ friends.

28. Jonghyun says jungshin is the most handsome cause jungshin has the longest legs.

29 CNBLUE boys are asked which member cries most often. All agree that Minhyuk does it.

30. Jonghyun doesn’t bother to choose outfits and stuff, but he is always the one who gets ready the latest.

31. Yonghwa to Jungshin “I didn’t have much feelings about you when I first saw you anyway, except that you’re tall!”

32. CNBlue have become the first Korean singers to reach platinum status with two different albums in Taiwan at the same time.

33. Yonghwa composed and wrote lyric of “I dont know why”.He wanted to make it a unique mood. It’s band music, but he wanted a groovy feeling.

35. Q: what kind of girl do you like?? Jungshin : Its good if she’s beautiful, but I prefer an open hearted girl.

36. If one of the other three members: Jungshin, Jonghyun and Minhyuk happened to be a girl in disguise. What would Yonghwa do? Then Yonghwa said that he would resign from the group if that really happens. YH:”If she was in the group because of some reasons I would protect her by resigning so she wouldn’t have to cover up anymore” ♥

37. Minhyuk said that he wants to come Thailand with family and friends. And if he got married, he would take his wife for a honeymoon in Thai.

38. Minhyuk has tried drumming since he was a kid.He also know flute and piano which he always practice a bit till now.

39. Jungshin started learning bass three years ago and he like it so he ended up playing bass till now.

40. Jungshin grew up with people around him playing guitar and drum so he learned them naturally.

41. CNBLUE members touch each other so naturally. They rub,massage,sit on one’s lap,lean on other’s shoulder,hold hands. *Just like a real family*

42. At CNBLUE’s dorm„there were sel-cas posted randomly on the wall. They also had their bluetory and bluelove CDs up on the wall.

43. Q:”Is there a member you feel closest too?” Minhyuk: “JungShin! Because we’re of the same age. We talk a lot. He’s one of my few friends.”

44. Actually Minhyuk prefers to be alone most of the time: reading alone, listening to music alone, doing all sorts of things alone.

45. JongHyun: “I think everybody thinks JungShin’s eyes are big. When he sleeps, his eyes are open because they’re too big to be closed!” 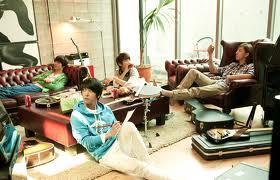 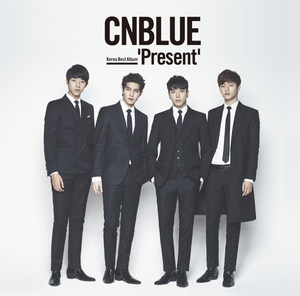 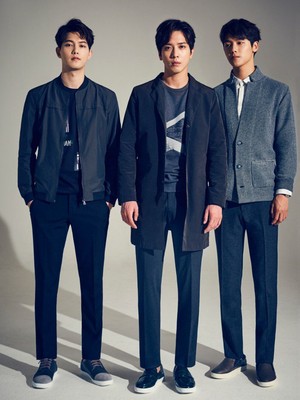 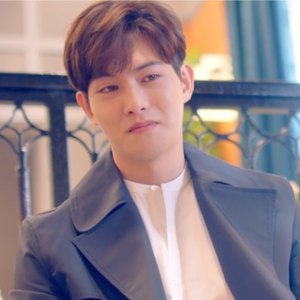 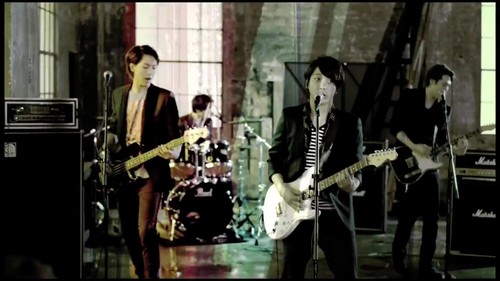 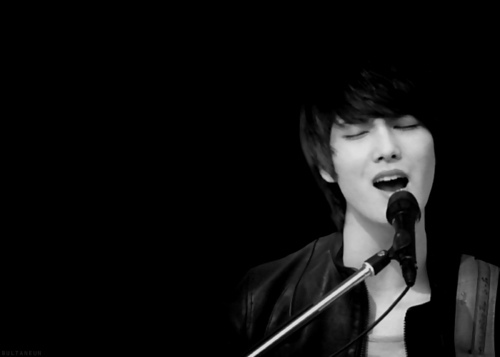 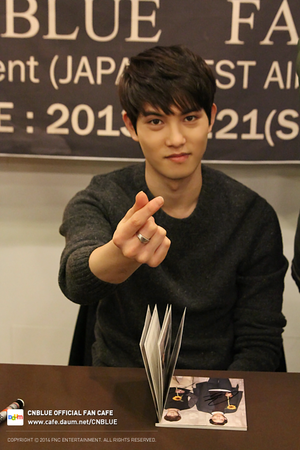 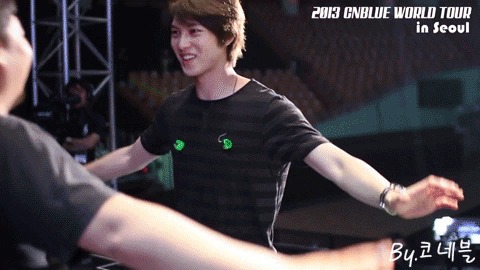 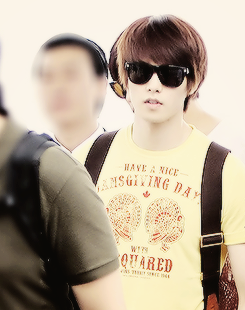 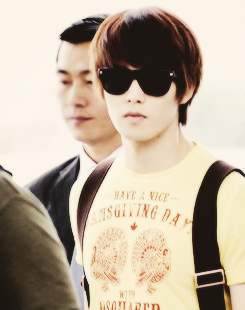 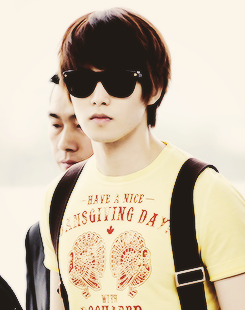 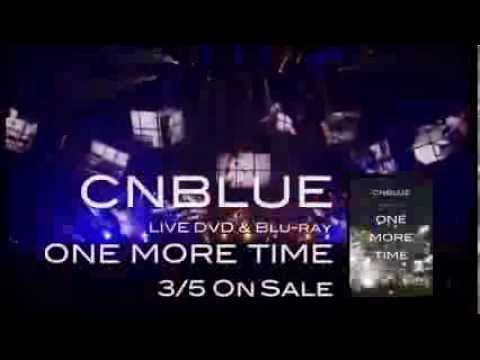