Rules for Being In Character At Conventions
posted by SweeneyTodd2010 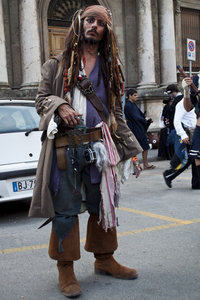 A Jack Sparrow impersonator who is clearly in character.
Just thought I'd post this up here since there seems to be a lot of confusion lately surrounding this issue.

Disclaimer: As these explanations are laid out, they are for convention situations, NOT for impersonators and hired gigs. There's a whole other set of considerations that have to be accounted for in that territory. This is meant just for clarification purposes as lately I've noticed more and more cosplayers at conventions trying to be in character and they usually either take it too far or they tend to have a very weird/misguided understanding for what being in character means.


Anywayssssss........
continue reading...
Sac-Anime and Anime Expo 2014
posted by tigerseye43
Hia! My name is Liza and I'm from the Official TCC Group, Toxic Creations Cosplay Group. You've probably never heard of the group because...well it was just created but that's beside the point of this article!

I'm going to Sac-Anime 2014 (just pre-registered 15 minutes ago) and also Anime Expo 2014. I was wondering if anyone was going too.

I would love to meet some people there and have them be apart of my video. (I will be videoing both cons and posting them on our group YouTube channel)

Thanks ^_^
Anti Western Cosplayer Group
posted by tokyopop1
I found something so stupidly unbelievable I just had to write about it. I have never cosplayed before, btw, but this just isn't right. I was watching a video someone made about why anime characters aren't caucasian. It's very interesting and I enjoyed it. But if you read the comments by one user named ProudCutePureAsian... well it's kinda weird. This person believes that westerners are ugly and disgusting etc... Go here link . And apparently there's a group he/she belongs to. link . Now I'm all for freedom of speech but seriously guys? Westerners are the psychos? Because they do the EXACT same thing as you but aren't Asian? Wtf?
2
My top 10 dream cosplays
posted by RikkiChan
I'm sure everyone who cosplay have at least one or two dream cosplays that you would love to make and wear someday. I thought it would be fun to share with you my top ten dream cosplays. Feel free to also tell me what your dream cosplays are in the comments.

1, Eternal Sailor Moon from Sailor Moon Stars
Sailor Moon is my all time favorite anime so it makes sense that my top dream cosplay would be Sailor Moon's final and most detailed transformed outfit.

2, All of my favorite Pretty cures
I know I cheated on this one but I couldn't resist. Magical girl is my favorite genre of anime and I think...
continue reading...
SEEKING ALL COSPLAYERS FROM ALL COUNTRIES
posted by potentialenergy 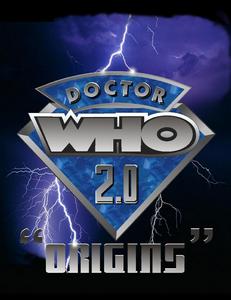 Hi Cosplayer fans my name is Kirk Project Manager for a new film event that is going to rock your world!

We are working on making the largest fan film ever created involving thousands of people from a variety of countries and are looking for all the Cosplayers we can find to get involved.

This is a Science Fiction adventure film that will be shot in two parts and shown around the globe.

We are making a fan film of the longest running SCI FI series "Doctor WHO" We are working to create major epic battle scenes involving hundreds of Cybermen and Cyberwomen against an army of Amazon Women.

There will also be epic battles involving the military and police against and army of Daleks traditional and some new designs never before seen.

If this sounds like something you would like to get involved in or you know someone you think would then go to www.doctorwhofanfilm.com for more information and to find out how you can become a part of this.
More Cards
1234567891011