3
Courtney's little secret
posted by MissDeathWish1
i just made this cuz i was bored!!! this story takes place in TDA im not sure when but it was then!

It's the afternoon. Heather had just been voted off. Well anyway Lindsay was braiding Beth's hair, Justin was tanning, Leshwna was eatin chips, Courney was reading a book, Harold was playin with his yoyo's and Duncan was carving a picture of a skull into a tree.

What was that about girl?" LeShawna said worried and curious.
Courtney now fully cring said "The father of my child doesnt want to watch him and no one else does so...my son is coming"
By the time see said 'my child' everyone's mouths have dropped.
"YOU HAVE A KID AT 16?!?!?!" Duncan screamed
"yes" Courtney said full of shame
"AND NO ONE ELSE WILL TAKE IT?!?!?" He screamed once more
Courtney now angry said "HE IS NOT AN IT!!!" that time she screamed.
"why did you have a kid at 16!" Justin asked
"i didn't" Courtney said
Everyone looked confused
"I had him at 13"
Everyone's eyes were wide.
"He's 3 now" Courtney said this time A LOT more shame came to her voice
"WHORE!" Justin screamed
Before Courney could kill him there was a yell.
"MOMMY!" a young boy With longish shaggy blond and brown hair had run to Courtney and given her legs a tight squeeze
"JAKE!!" Courtney squealed excitingly while picking him up and hugging him.
"So this is him?" LeShawna said
"Yes!!!" Courney said now happy and giving her son an (oh what are they called? when you rub noses? an eskimo kiss i think?) and eskimo kiss.
Lindsay, Beth, and LeShwana all say at the same time "awwwwww he's soooo cute!!!"
"Tank ou!" Said Jake
"AWWWW!!!" All the girls squealed over him.
"Mommy?"
"yes honey?"
"I GOTTA PEE!!"
everyone laughed.
"okay honey lets go"
now talking ot the girls
"we'l be right back"
"Ok."
"Hey, Where's Duncan?" asked beth

Outside the bathroom
"You sure u can handle that big toilet on your on honey?" asked Courtney kinda worried
"yea mommy im fine!" said Jake goin potty.
"Hey Courtney can we uh. Talk?" asked Duncan
"oh sure" said Courtney
"umm since ur son is back u dont like now suddenly have...feelings for his father right?"
"omigod never! he abandoned me at the hospital so he could go screw around with another girl!...i was stupid to trust him.."
"well.....u trust me right?"
"yea"
"well u have felings for me right?" Duncan now said with a smirk
"Maybe" Courtney said while putting her arms aroud his neck and kissing him. He of corse kissed bac and put his arms around her waist.
"EWWW Mommy stop it!" The grossed out Jake said.
"oh sorry hunny" Courtney said while letting go of Duncan and Holding Jake.
"Did you wash your hands?"
"YEP!" said Jake proudly
"Good! now we should go get your bag huh?"
"yea"
They got his bag and unpacked an stuff and now its dinner time.

"umm Chis?" Asked Courtney
"yes!"
"Do u have any umm better food for my son to eat?"
"he doesnt get special treatment!"
"I WILL NOT LET MY CHILD GET SICK! he isnt old enough to break down ALL that bacteria yet! he could die and then ANOTHER BIGGER LAW SUIT!!!" yelled Courtney.
"Fine. I will bring him kid cusine. happy?"
"Very!" said Courtney satifyed
"Wow girl your kind of protective of him" Said LeShawna.
"well he could actually die from this. im not sure this is even ediable" Said Courtney disgusted poking her food.
"HEY MOMMY!!!" yelled jake running in from outside.
"What Sweetie?"
"Duncan shoed me how twa carve a twee!" Said Jake all happy.
"Ohhh you'll have a great talent in no time hunny!"
"you mean u arnet even worried that Duncan was alone with him and a knife?!?!"Asked Beth worried
"Nope...I trust Duncan 100%" Said Courtney not knowing that Duncan was right behind her.
"Aw thanks babe" Said Duncan giving Courtney a kiss on the cheek.
"woah. where did u come from?"
"well when a mommy and a daddy love each other very much-"
"DWONT WANNA HWEAR IT!!!" Yelled Jake
Everyone laughed

Well Thats The End!!!
TditdaCourtney, kamkat10 and 1 other like this
MissDeathWish1 well i got bored and this idea came to mind!
H3M1 SOOOO AWESOME GREAT INCREDIBLE!!!! U DESERVE A PROP!!
kamkat10 THAT WAS LOL!!!!!
ROCKCHIC179 That was and I quote from Geoff AWSOME DUDE!
juviechick1339 Sooooo futé!!! Ugh stupid keybord i ment cute...
tdicxdforever that was cool
tdilovestories that was soooooooo CUTE
3
Courtney's life after TDA, epi 1 pt3
posted by ROCKCHIC179
Heather: Hello losers and Duncan
Justin: Hay ugly people and hello Courtney. All of a sudden Justin comes over kisses my hand and winks as he goes over to sit next to Heather. I couldn't help but blush.
Duncan: WHAT THE HELL WAS THAT!
Courtney: IDK, all he did was...
Duncan: KISS YOUR HAND AND WINK AT YOU!
Gwen: Don't tell me your jealous Duncan
Duncan: I'M NOT JEALOUS!
Bridgette: Oh yeah, your delilently not jealous
Trent: We couldn't tell by the way your yelling
Duncan: I'M NO...I'm not yelling and I'm not jealous its just...
Before Duncan could answer the teacher came in and started the lesson but...
continue reading...
5
Courtney's life after TDA, epi 1 pt2
posted by ROCKCHIC179
RING*
Rick: Oh that's the bell got to go see ya.
Silver: Same here so see ya at lunch Courtney. She ran off with Rick before they gave us any answers but I didn't care. I was with my badboy Duncan again.
Duncan: So princess, what have you got first?
Courtney: English, Mr. Zin in room 216
Duncan: Same here, so do you want to sit with me princess or are you going to deny liking me again?
Courtney: Maybe...
Duncan just laughed, then he took my hand and we went to 216 together. When we arrive we saw a fue formilla faces, which just made my day even Bridgette: Courtney...Duncan you go here too?
Gwen: I...
continue reading...
My second article Courtney's a lawyer now.
posted by CourtneyKatara
3 years after Total Drama Courtney has started a new life as a lawyer.

Courtney: Is it ready yet Helen
Helen: No not yet working on in it
Courtney: Well hurry up I don't have all day
Helen: oh here it is
Courtney: Is Mrs Jones here.
Helen: Yes!(smiling) She's waiting for her husband
Courtney: She must be excited seeing her husband after all these years its a shame he had to rob the jewelry store

Helen:It is but thanks to your quick thinking you got him off!(smiling)
Courtney:Now he's free to go to his wife and kids 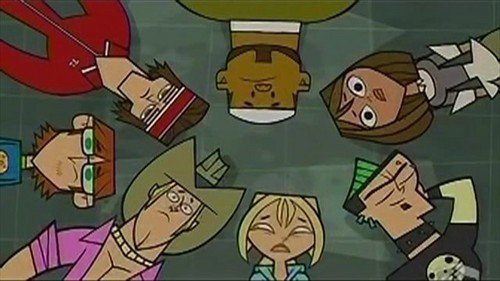 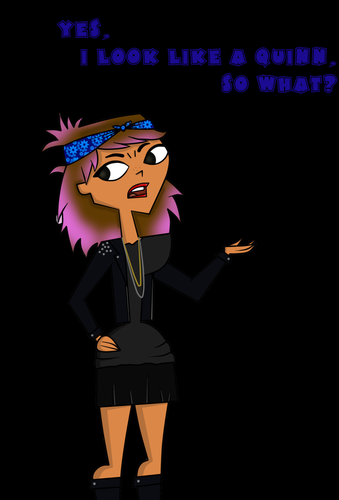 Bad girl
added by DandC4evacute
Source: Margarita2711
4
Courtney's life after TDA, epi 1 pt1
posted by ROCKCHIC179
Its been like a week since TDA finished and I'll going to a new highschool but thankfully not on my own but with none other then my half sister Silver. She always knows how to cheer me up when something horrible happens like the fact I won't be able to see Duncan again, maybe forever, oh no just thinking about it makes my heart hurt. Anyway, I'm just finishing my breakfast when all of a sudden...
Silver: HAY, HAY, Silvers in the house! Silver comes in with a her backpack and lunch.
Courtney: I see your in a good mood.
Silver: Then why shouldn't I be?
Courtney: Let me think...because its the first...
continue reading... 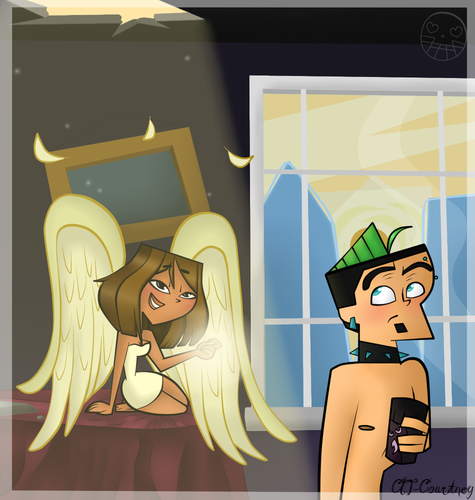 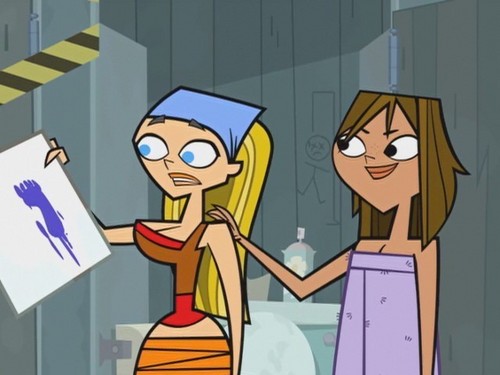 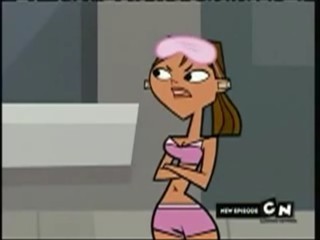 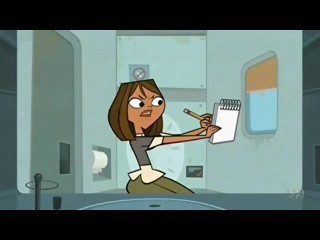 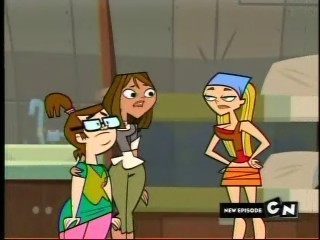 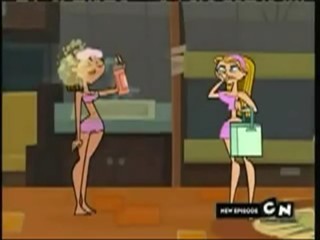 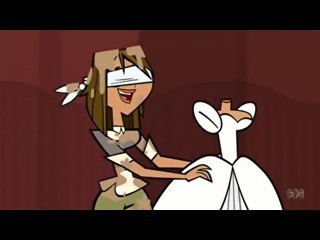 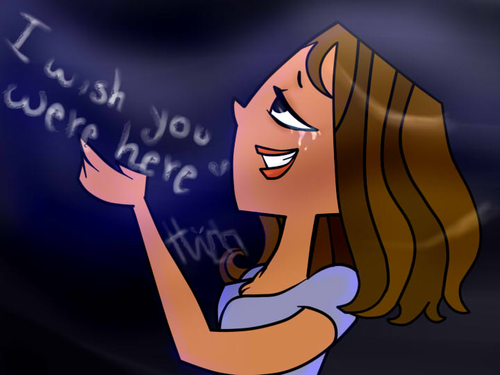 I wish you were here
added by DandC4evacute
Source: chicaalejandro 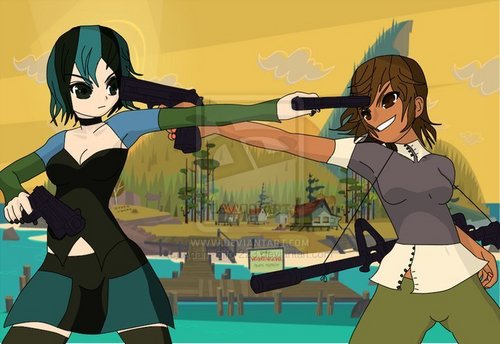 2
courtney vs gwen
added by CUTEDXC

Courtney
added by Dani259
Source: I made it from scratch so me myself and I 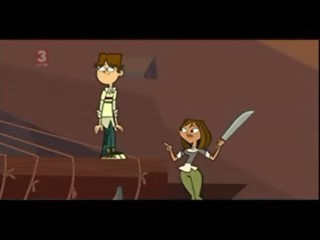 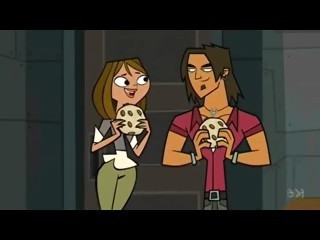