3
Jeff The Killer xReader
posted by LovableXNerd
You are running away from it, as fast as you can. You hear him chasing you from behind. Your (Shoe type) Crunching against the leaves of the forest. You here him laughing a twisted, sick, psychotic laughter. You look back stupidly to see how close he is. You trip on a tree branch falling on your face, your (H/C) Hair going all over the place. You try to get back up, but you are stepped on and pushed back down, Your hands sprawl out
“ah ah aaah, No getting back up ….You’ll ruin it!” The man says in a kiddish dark voice. The last part sounded angry and husky.
“p-please stop” You stutter.
“stop what…You don’t even know what I want heh”
He takes his foot off turning you over, sitting on you, his thighs clenching your arms to your sides, Some how your hands end up under you. So you lose the ability to use them. You are now forced to look at him. The moon giving you just enough light to see him, your killer. He was…was (One word to describe him). His skin was white as chalk, with singed black hair. His lips….they looked as if he had cut a smile into them. You close your eyes, the image of him too much for you to look at. He see’s that and does not like that, you now this when he grabs your chin with a rough leathery hand and say’s
“Don’t close your eyes! Look at me!” He say’s in an angry rough tone, you continue to clench your eyes. He then raises a knife that he has and starts lightly trailing your eyelids.
“Open them!...or I swear I will cut your eyelids off!” He says this his voice evil and dark. You whimper opening them, Your (E/C) eyes gleaming with fear.
“Gooooood heh heh, Watch me and watch me closely do not close your eyes ..and for every time you do there will be a punishment” He says smiling causing his faces carved smile to get bigger. Then he begins to slowly cut down your (color) sweat shirt, you blink, and he cuts you slightly purposely “Don’t close them!!” ..Blinking is closing them!...You try to hold your eyes open as your sweatshirt is cut completely off. Now left in your Short sleeve (color) shirt, he cuts that off to you, You blink twice earning you two new cuts.
“Your going to be in bad condition if you keep that shit up” He say’s. Your now in your (color) bra. He looks at your bra, licking his red lips, he smiles.
“W-why are you doing this?” you finnaly ask, Blinking feeling the knife slice you slightly again.
“W-why you ask…heh…w-well , I have a …well a problem…a BIG FUCKING PROBLEM!” He yells a little but in a sarcastic tone. “You see I may be a murderer, but I am still a male, and I still have a penis..a-and heheh..I am needing a good fuck….A really good fuck” He looks at you as you blink, then he cuts your bra off exposing your chest.
“I am going to fuck you and abuse you in any way I see fit..a-and heh heh..If you amuse me..I might let you live” He says not looking at you but at your chest. You blink a few times while he does not notice, as you do this be bends is head down, you arms still beneath his thighs as he lick one of your cold nipples. You gasp as his warm saliva forms on your nipple. You here him laugh in a rough voice
“Y-you like that..heh… I don’t mind giving you a little pleasure” He then proceeds to suck on your nipple, swirling his tongue, you start moaning a little, His warm breath warming you nipples. He does the same to your other breast. Then he lifts up, Saliva trailing from his tongue to your chest. He looks at your lips.
“I would kiss you but I don’t want you to get to attached, But I know you can do something better with that mouth “ He laughs darkly. Then Unzips his pants, exposing his large erect penis. He then moves close to your mouth. You blush more then you ever have, you start to wiggle away, small protest escaping your mouth.
“ah ah aaah, If you don’t except this, then you don’t amuse me, and I will kill you” He says still holding his rather large member. Then blushing you open your mouth, closing your eyes. You feel him shove him self in to your mouth. Tears well up. You realize what you did and open your eyes, still gaging. He then pulls back a little but he is still in your mouth.
“Lick me..Now!”
You start to lick him, with your tongue your eyes staring to stay open. But every time you blink pushes a little into your mouth . Until finally he had enough of your tongue and start grabbing your head and bobbing it up and down on him. For some reason you grow heated in your panties as a continues to fuck your mouth hard. He groans a little, Then he cums into your mouth. You choke on it and he keeps himself in your mouth so you are forced to swallow. He then pulls out zipping his pants back up. You breath deeply. Some of his seed on your lip.
He looks at you. Then he takes his thumb and wipes the seed of you. “Hmm that was rather nice” He says “I think I don’t mind getting attached to you” He then leans down surprising you by kissing you hard and rough, Something’s like a pill slips into your mouth. You begin to feel drowsy. He leans down and whispers in your ear.
“I will be back…Now..Go To Sleep heheheh”
helena_ann_666, Vernatha and 1 other like this 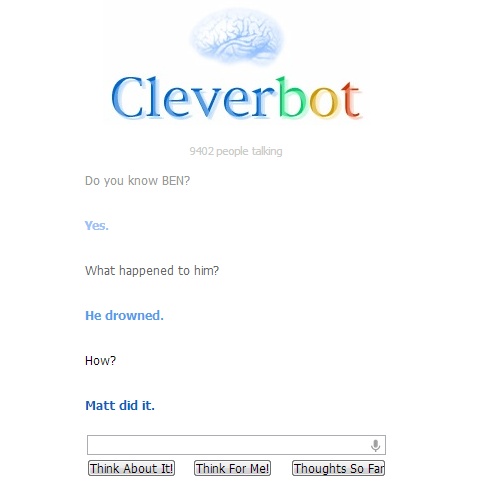 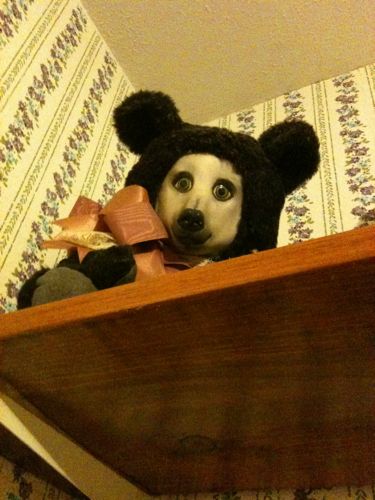 4
Teddy creepypasta
added by shadouge101
Source: creepypasta
4
Jeff The Killer & Beyond Birthday
posted by WammysBoyzRock
Jeff entered the home of his victum. The house was dark and showed no signs of anyone being awake so he figured his victum was asleep.

His victum, Believe Bridesmaid, was a middle aged man who lived alone and Jeff found him to be the perfect target. He had been watching this man for weeks and knew everything about him and how his house was structured so he knew exactly how to get to the bedroom.

He crept into the room with his knife ready but suddenly stopped in his tracks when he saw a young, pale, raven haired, boy sitting on the bed with Believe Bridesmaid, holding an empty seringe, his...
continue reading... 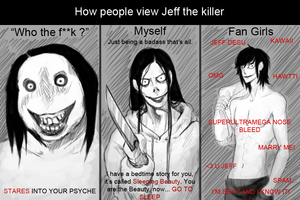 4
People's views of Jeff the Killer
added by Lifebloom
Source: NOT MINE!! 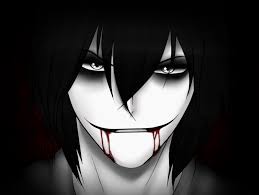 Jeff the killer
added by worldblack555 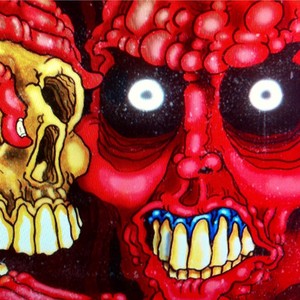 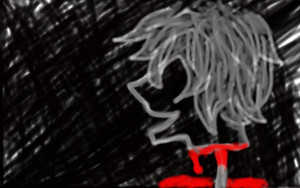 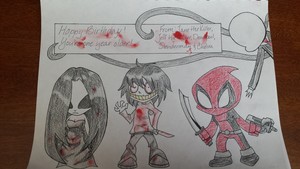 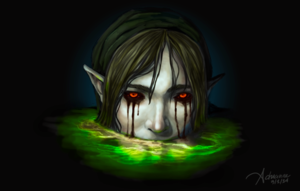 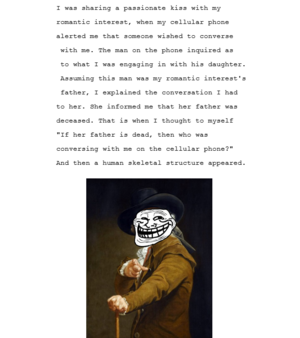 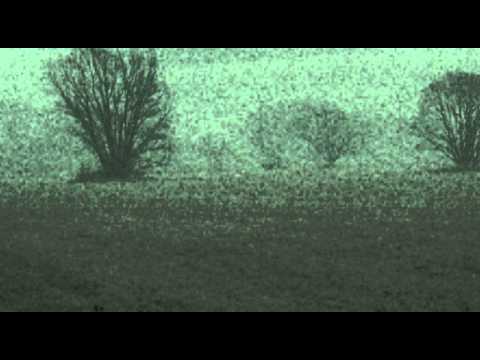 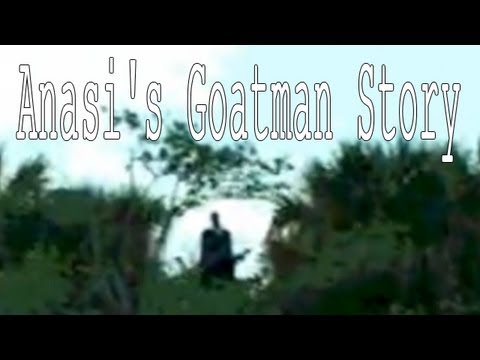 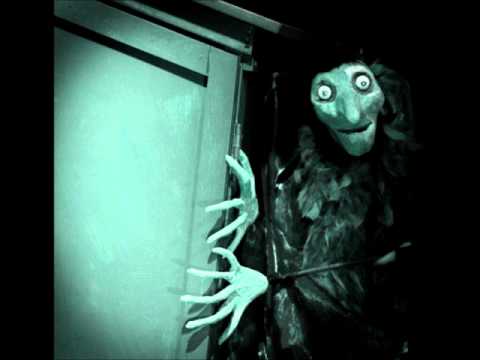 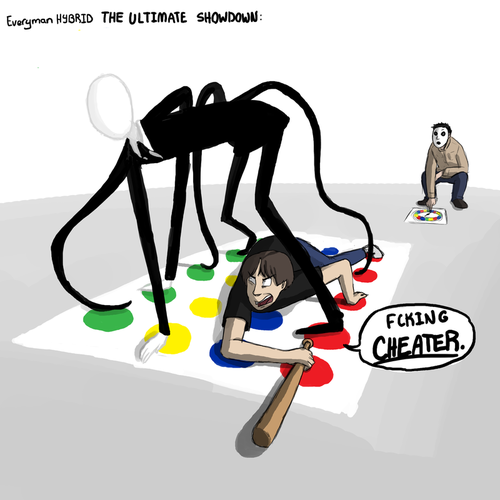 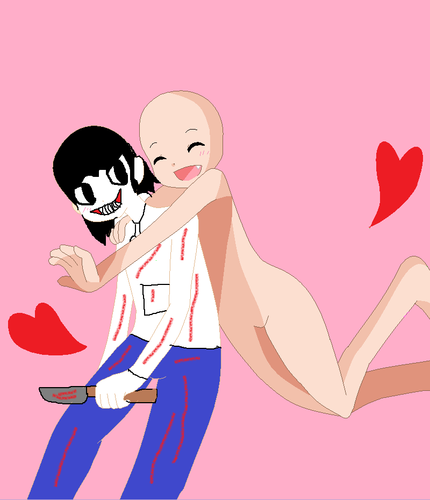 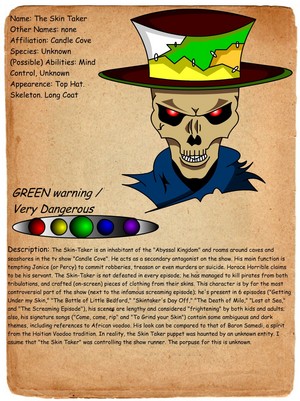 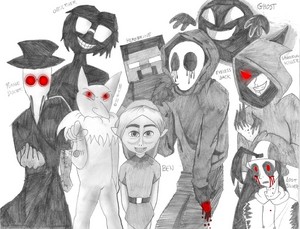 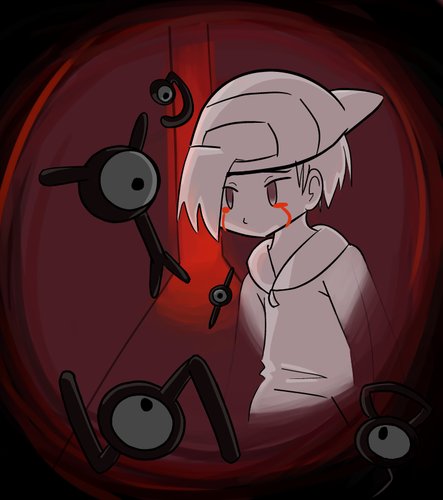 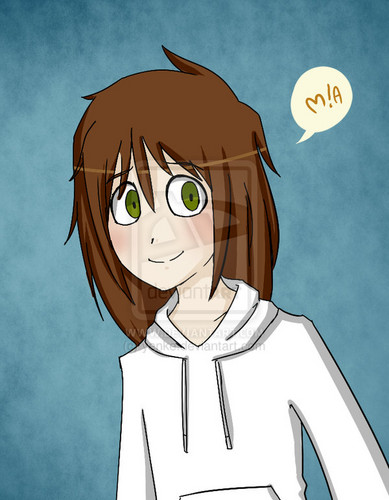