2
Separation: Chapter 1
posted by thespikedturtle
Okay, this is my first ever attempt at a fanfic, so don't hate me if it's horrible!

"What's the hold up Kowalski?" whined Skipper
"Calm down Skipper, I'm just about done," Kowalski explained, "Once I turn this knob and twist this bolt... There, all finished!"
"Aces! Now I can finally get that knot out of my back..." Skipper sighed. "These constant battles with Blowhole aren't good on the nerves."
Blowhole had attempted to capture them the day before, like he had every day for a week, and the continual stress was really getting to Skipper. Kowalski sensed how uptight he was, and decided to invent an automatic massager. Skipper was against the idea at first, but a quick, sharp twist in his back was enough to convince him otherwise.
"Does it work well?" Kowalski was nervous, he hadn't had a good invention in weeks. But he couldn't understand Skipper's response over the buzzing of the massager. "I'll take that as a yes."
Kowalski walked over to Rico and Private, who were both watching the TV. "And don't think I forgot about you two! For Rico, I made a brand new missile launcher!" Rico squealed and ran to the sewer to test it out.
"What about me, Kowalski?" Private gave him his cutest smile.
"For you, little private, I got a pair of roller skates!" Kowalski seemed pleased with himself.
"Yes! Yes! Oh, yes!! How'd you know I've always wanted them!" Private ran into the sewer after Rico.
"Congratulations Kowalski, another job well done! They loved it! And I'm talking to myself again..." But as he stopped for a second, he heard something, like a faint voice.
"... take....to the........take me.....the ball.....me out...... the ball game....."
greengirl8 and KowalSkip9 like this
ThatDarnHippo interesting. I give it a 6 out of 10. =]
thespikedturtle Thanks! I think!
KowalksiBigFan Good =) I like it
skipperrt0410 ya goog job its hard to right a story even if u tipe slow
2
Skipper & Marlene: Taking care of Mort part 3
posted by Sandrei 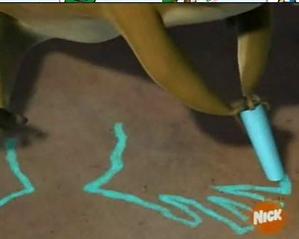 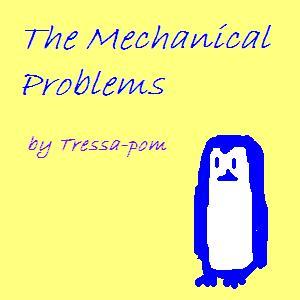