6
12 Reasons Why Percy Jackson Is Better Than Twilight (NOTE: Insults Twi-hards a lot.)
posted by tdafan121
1. In Twilight, the "romance" as they call it is just there from the beginning. In Percy Jackson and the Olympians (We'll call it PJO), the Percy-Annabeth relationship was apparent from the start, but built up until the kiss in Battle of The Labryrinth and eventually their relationship began in The Last Olympian.
2. In Battle Of The Labryrinth, Percy ran into Greek mythology's equivilent to vampires: the empousai. These were ugly creatures who had flaming hair, one goat leg, one metal leg, fangs, were deadly poisonous, and usually disguised themselves as mean cheerleaders. In Twilight, the Cullen vampires don't come out into the sun or else they'll sparkle and disguise themselves as emo kids who hate themselves. PJO beats Twilight in the coolness of vampires department.
3. In PJO, some of the good guys actually died. I cried during The Last Olympian. In Twilight, only the bad guys died. Everything can't be happy-happy Disney World ending!
4. PJO was actally well written. Rick Riordan had a lot of knowledge on Greek mythology, whereas Stephanie Meyer probably had to keep a thesaurus with her every time she made a sentence.
5. PJO has actually become a very successful series with a second series following it, The Heroes Of Olympus. Twilight is four books people dont bother reading for facts and just watch the crappier movies.
6. They may have screwed the book in the PJO movie, but at least it wasnt fluffy.
7. Many normal people bleed from sword cuts. No normal people bleed from paper cuts, especially ones from wrapping paper.
8. People actually read the Percy Jackson books for their info on it. Twi-hards watch the movie and don't bother with the book.
9. In Percy Jackson, some good guys are antagonistic, others were spies for the bad guys, and some die. In Twilight, good guys are good guys and bad guys are bad guys, no middleman.
10. Well, Percy Jackson had a plot.
11. Stephanie Meyer has copied much from other popular mythical creature books and shows (Harry Potter, Buffy). There is no plaigarism in PJO.
12. Vampires. Don't. Sparkle.

Every fan knows the story of the Twilight Saga.
There are many theories as to what makes the story such a pop-culture...
continue reading...
15
rant about Bella swan
posted by anna0789
hi this is my first rant ever hope you like it

im a twilight fan but i hate bella
for several things

first of all when you first read the book you have the idea that BELLA is very contempt with herself and a normal looking teenage girl that is very unselfish and very kind and loving and warm and falls in love with a vampire and she would do anything for him ..right..

ok but if you concentrate and look beyond all the adjectives s.meyer uses for descriving how beautiful and sparkly edward is and really LOOK at the story and at their characters you will realize the truth about bella that is 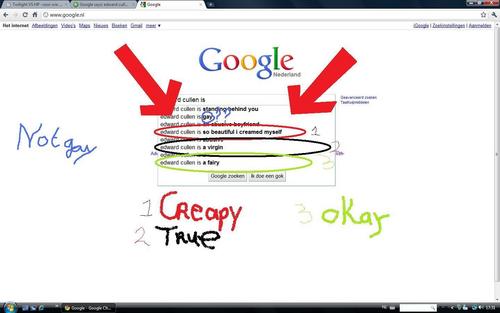 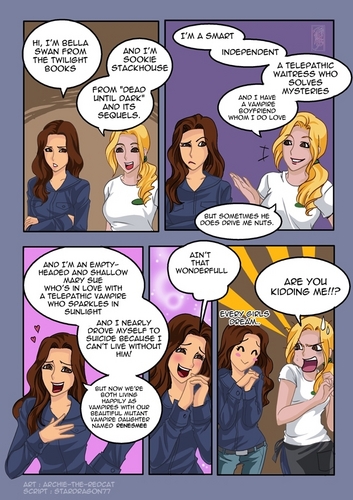 25
Twilight vs Dead Until Dark
added by Mallory23
Source: http://fuckyeahtwilightsucks.tumblr.com/ 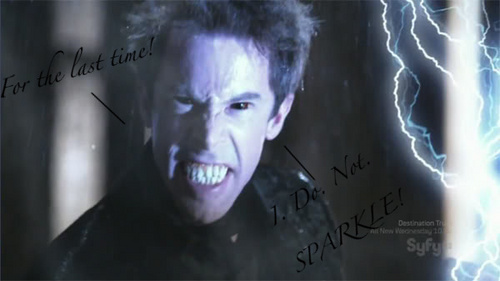 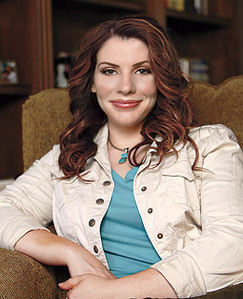 For people who were expecting this article to be earlier, really sorry about that! But I've been getting ready for school(WAH!), so...you get the point.
--
So, this article(as you can obviously see from the title) is about Stephanie Meyer. Oh yes, I'm pretty sure you've heard of her. The author of the Twilight Saga and the Host, she's pretty much one of the most popular writers at this point. Why?
I really don't know.
The list of reasons

1)Her writing
Okay, even back when I was a mega fan of twilight(bows head in shame), I never liked the writing. Its just..not good. Hard to explain really. Now reading...
continue reading... 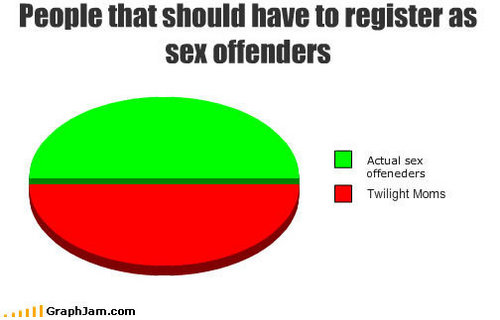 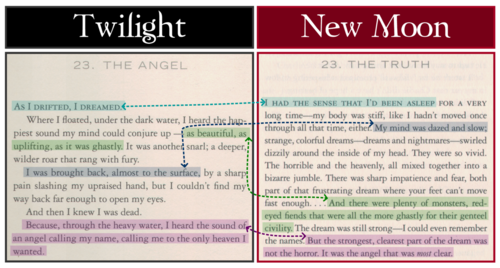 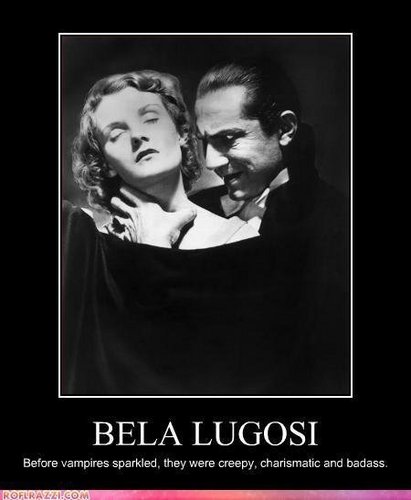 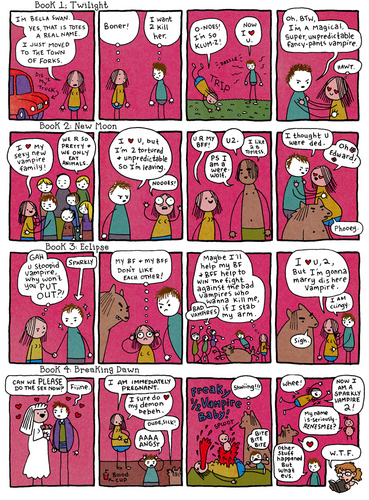 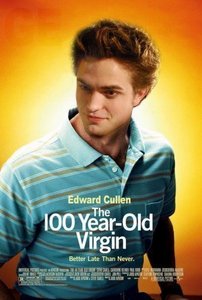 Lately, I've heard and seen jokes and comments about Edward being "pathetic" or "gay" because he was a 100 year old virgin. I've written this article to state that I see no problem in him being a virgin. I feel that virginity is not something to poke fun at. It simply means that someone wants to save themselves for that special someone whom they are going to spend the rest of their life with. I myself am a virgin and plan to stay that way until I get married.

However, I am somewhat confused. If Edward has lived for 100 years and has yet to give himself to anyone, then why does he decide to have...
continue reading...

26
Funny GIF XD
added by OneFoggyNight
Source: Photobucket
5
Reasons for the Harry Potter vs Twilight war
posted by MCRTS
The Harry Potter vs Twilight war is a huge phenomenon in the literary world. We have articles floating around in the Internet (even in CAT) where both camps vehemently defend their fandoms. I am a huge Harry Potter fan, but today, I am not going to take sides. How it started, and how it evolved in a full-scale clash between fans of both series is something I would cover in this article.

It started off with a few websites claiming Twilight is the new Harry Potter. Harry Potter fans, of course, would not take it sitting down, and they wrote articles with reasons why Harry Potter is better than...
continue reading... 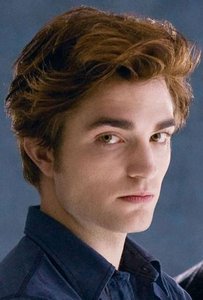 Now, there's no way you haven't heard of him. He is currently every girls dream boy, has the most fans on fanpop when it comes to character, and alos has a cult. Everyone loves him.
But my question is...why?
They say he's romantic, a gentleman. Really? So what if he uses chessy lines and says stuff like "You are my life now." or "The lion fell in love...
continue reading...
7
Rules for the CAT - REVAMPED! (PLEASE READ!!)
posted by Dearheart 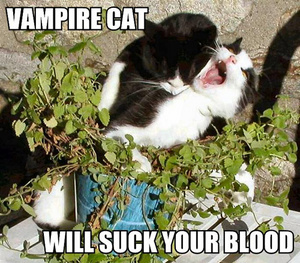 LOL. Revamped. Get it? 'Cause like, Twilight has vampires and stuff... [/lame]

Okay, the Momcat has FINALLY gotten off her fat, lazy butt and done some much-needed work on some of the rules for our spot. When the spot first got started, it was fairly small and having wiggle-room wasn't such a problem; so my first batch of rules weren't all that specific. But our CAT has had many, many new kittens since then, and consequently, things have gotten crazier and messier. A lot of people have gotten confused about what this place is for, and what we're about. The CAT isn't what it used to be. 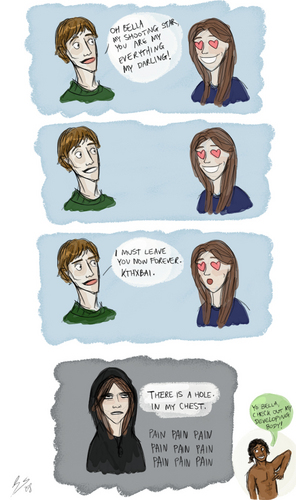