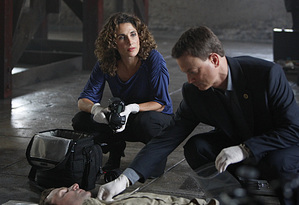 I did some research and found some plotlines and spoilers for Season 6, I am not sure if the are right or not!

6x01 - Epilogue
Danny and Mac get the unexpected help of a young woman while trying to solve their most recent case involving a cop killing.

6x02 - Blacklist Featuring Hangman
The case of a cyber killer, who appears to be targeting medical healthcare workers, turns personal when the suspect invokes the name of Mac's father who had died nearly two decades earlier. Mac has to figure out why the mysterious caller keeps asking questions about his father and how he knows everyone's name.

6x03 - LAT 40° 47' N/Long 73° 58'W
When two bodies are discovered at the North and South ends of the city, Mac and the team deftly begin to navigate the trail of evidence left behind by the killer. A man who has apparently committed suicide is found hanging from a window on Ellis Island.

6x04 - Dead Reckoning
A woman confesses to murdering her husband but when the evidence is tested to see if she is telling the truth, it clears her of any wrong doing taking the case in a completely different direction and leading to several potential suspects, a serial killer striking in the city among them. Mac sets his mind out to find who the woman is protecting.

6x05 - Battle Scars
Mac and his team have to help a dancer remember the events that lead to the death of her boyfriend in their hotel room after winning a large sum in a street dance battle. They also have to find answers to why the hotel manager didn't bother to assist the woman when she rang the bell and why the money was left untouched.

6x06 - It Happened to Me
Hawkes may find himself in trouble after a man dies. The team finally finds out why Hawkes kept asking for overtime.

6x07 - Hammer Down
Which presumably seemed to be a traffic accident, turns out leading to homicide and illegal organ harvesting. The chase of those involved in the slaughter chain makes all three NY, Vegas and Miami CSI teams put their efforts together to put an end to the crimes. Hawkes, in particular, is very upset about the case.

6x08 - Cuckoo's Nest
The Compass Killer is back, and adds yet another to his circle of victims -- but this time the CSI squad knows his name. The team has to track down a serial against the clock while frantically looking for Flack, who has gone missing. Mac stands up for him arguing he reported the need tend to a family problem, deliberately misleading Flack's commanding officer who suspects the real reason behind his strange behaviour. Flack is missing and Mac wonders why Flack didn't tell the truth.; Flack's alcoholism threatens to derail his career.

6x09 - Manhattanhege
Danny is back in the field with Flack for the first time after the shooting and a store owner's life is in the balance. Mac finds a key piece of evidence that will put him in the path of serial killer.

6x10 - Death House
As a consequence of a 911 call, Mac and the team find themselves in a vacant penthouse. However, they discover something else that takes the case into a different direction. Now they have to not only find the caller but also solve the mystery of an unearthed 100 year old corpse as they navigate their way through a booby-trapped house.

6x11 - Second Chances
The team learns that a man, who had been clean for two years, has been hit by a car and it seems that a 2 million dollar life insurance policy was behind his death. On the other hand, they have a hard time figuring out how a second victim died because of identity theft and if the two deaths are linked.

6x12 - Criminal Justice
Mac suddenly becomes unwillingly involved in the domestic life of a long-time friend and associate revealed more than he would have wanted to know and gets to find out more than he could have suspected. At the same time, he struggles to honour the promise to bring the killer of a 18-year-old girl to justice.

6x13 - Flag on the Play
After a beautiful young girl on a Lingerie Football team is found dead in the locker room whirlpool, the team realizes that competition is not all that clean. From a trainer with a shady past involving steroid violations, to the rivalry between the team members to the world of plastic surgery, the team has to tread lightly to discover the truth behind a complex scenario of mixed interests and alliances.

6x14 - Sanguine Love
The CSIs team found themselves involved into the obscure world of modern vampirism cult in which blood sharing is at the core of an eccentric but allegedly spiritual brand of religion as a young woman is found dead by exanguination in the Central park snow, with her earlobe chopped and a puncture wound in her neck. 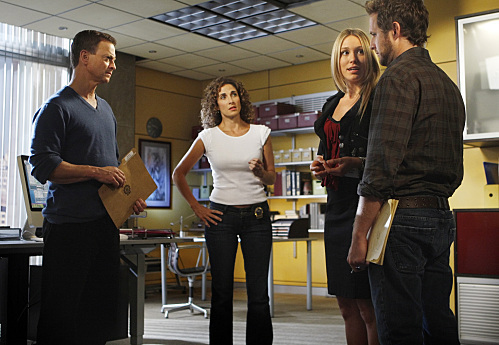 megloveskyle, OceanCoast and 7 others like this
becca85 Sounds like some great episodes coming up!!
number100fan yeap
lasherricka you bet your ass these seem really good but I hope in a episode Stella tells Mac she slept with Adam and he get mad.and this whole emotional thing breaks out but I doubt it 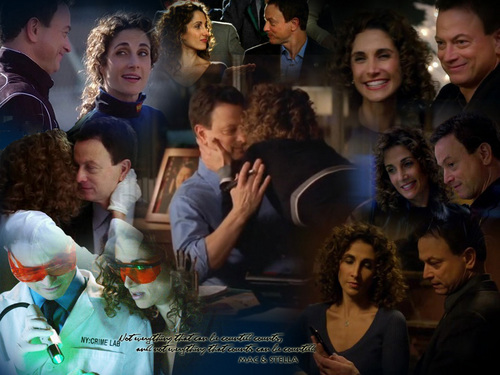 3
Mac and Stella
added by Elizabeth90luv 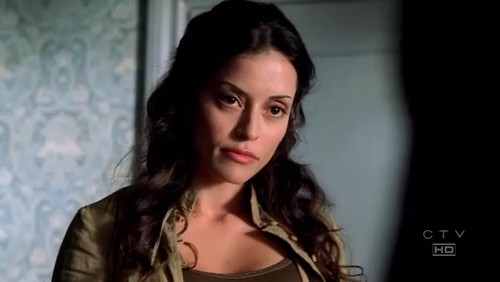 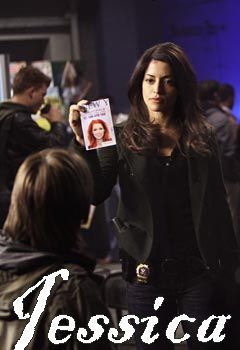 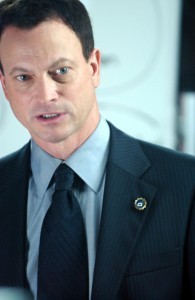 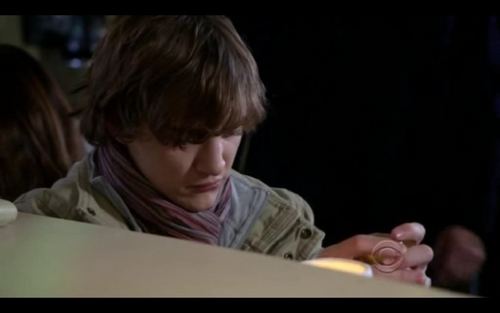 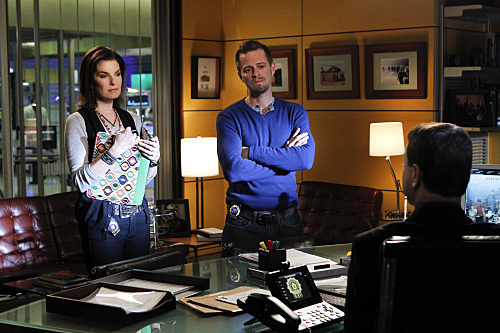 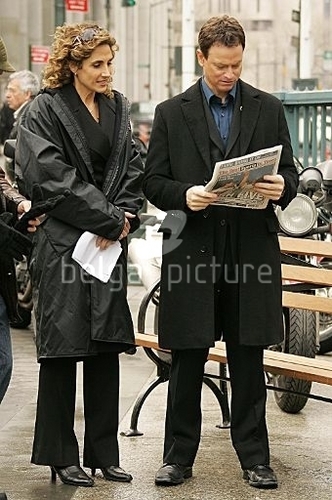 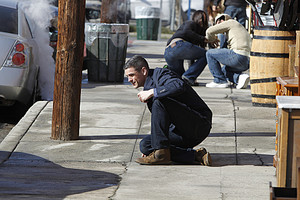 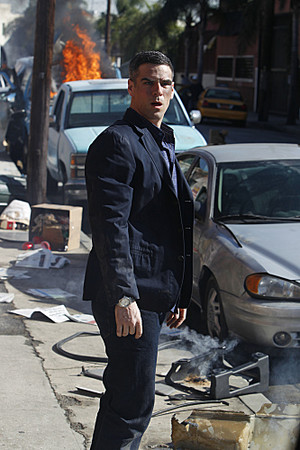 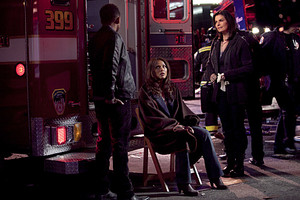 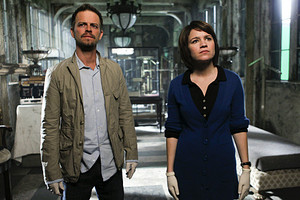 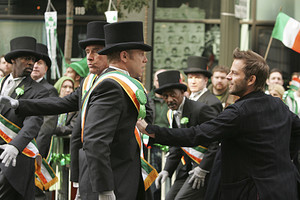 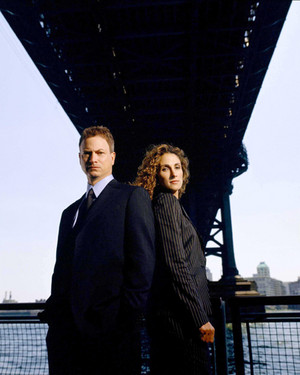 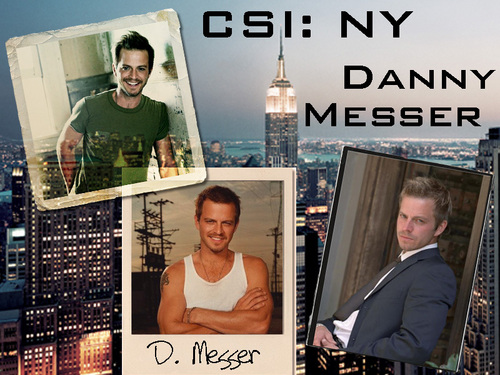 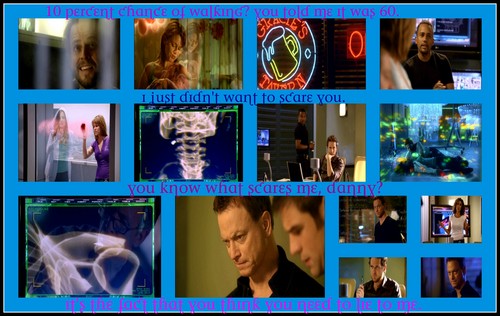