2
Stella's Superman
posted by missdisapper
I DON'T OWN ANYTHING

As Stella walked in Mac looked at her and felt his heart skip a beat. She was wearing a black dress with a plunging neck line and her hair was up in a beautiful French braid. Her eyes were piercingly beautiful as she looked at him and smiled.

"Are you ready to go to the fundraiser?" she asked as Mac finally gathered his thoughts and his breathing pattern.
The annual Christmas Fundraiser was tonight. It was like a banquet, just less fun and more irritating because it wasn't optional.

As Mac stood up he reached behind a book on the window sill and pulled out a blood red rose. He handed it to Stella and watched as she blushed and her eyes became even brighter as she took it. She smelled its sweet scent and thanked him for it. As she looked up at Mac she saw he was wearing a tie.

"You know I hate it when you wear those,"she told him.

Stella thought Mac looked great in them, but ties always made Mac feel uncomfortable, and she would rather have him going through the boredom of tonight comfortable than not. She walked up to him and laid the rose on his desk as she began to loosen the knot on his tie. Mac watched as her small, delicate, yet powerful hands worked the knot out of the tie and gently pulled it out of his collar.

As Mac got his jacket, Stella picked hers up out of the chair next to his desk.

"Let me help you with that,"he said, taking it from Stella.

He gently slid it on her arms and as she turned to face him he gently pulled down on the sides he had gripped in his hand.

"Thank you. A gentleman among slobs," she joked.

Mac grabed the key to his office and shut and locked the door after them.

As they walked down the sidewalk going to the fundraiser, someone ran by them with a hood up. They ignored it. This was New York. It was common to see people like that. As they walked a bit further arm in arm, joking and talking like they always did, they never heard the man come up behind them. He shoved Mac to the ground and kicked him in his head and ribs several times. Stella watched and tried to run for help, but before she could she felt herself get pulled back by a mix of gravity and brute strength. The man grabbed Stella, effortlessly sweeping her into a back alley. Stella struggled against the man's grip picturing what he would try to do to her the entire time. She tried as hard she could to fight back but the man had by both of her wrists so she couldn't do much. The man turned Stella around and practically tossed her against the red bricks that made up the left side of the alley way. He pinned her against the wall by her wrist and put his knee in her back.

Stella grimaced in pain and bit her lip. She was facing the street and could see Mac slowly starting to move. The man behind her took her purse and went through it while still pinning her down with his knee in her back. A tear brought on by pain and not fear slipped down her cheek and she tried hard to not focus on the throbbing sensations in her back and struggled, trying to reach her upper thigh on her left leg where she had a gun strapped to her leg beneath her dress. As soon as she got her hand to the slit of her dress and could feel the butt of the gun the man noticed and got frustrated. He dropped her purse and reached under her dress, ripping it as he did so, and grabbed the gun. He threw it on the ground and turned back to the struggling frame he held against the wall. Mac had heard the sound of Stella's dress tearing and thought the man was doing something much worse. Mac felt himself become light headed and his hands shake with adrenaline as he got angrier than he'd ever been. The next thing Stella knew Mac had grabbed the man by his jacket and thrown him on the ground. The man pulled a knife and tried to cut Mac's chest. As he went to move Mac wasn’t quite quick enough and Stella watched as the blade cut through his shirt and into his scarless chest. Mac didn't even notice. He grabbed the mans arm as he tried to jump up off the street in the alley and twisted it around and tried to break it, with his other arm somehow wrapped around the man's throat also trying to break his neck. The man begged for forgiveness and started to whimper. Just by looking Stella could tell that if Mac moved in the correct way he would break the man's neck while at the same time snapping his arm. Stella had never seeen Mac like this. She found it terrifying, iintriguing, startling, and oddly attractive. As she quietly watched, amazed at what she saw, Stella observed from a distance as the man continued to stare at Mac with wide eyes full of fright, terrified at the thought of dying on the sidewalk.

"Please, don't!" he cried through teeth clenched in pain.

"Why shouldn't I?" Mac questioned him.

As he looked up Mac noticed Stella. She was frozen against the wall face forward watching them. Her tear stained face vulnerable and terrified by the situation at hand and the harsh unhuman tone in mac's voice. She was the only reason Mac let go. They watched the man run up the alley and around the corner. Mac went to Stella and tried to get her to talk. She just stared at him with eyes full of fear. Mac took Stella's arm and walked her two blocks up and called a cab. He took her to his house and sat her on the couch. Stella was protesting by now and telling him she was fine.

But as Mac left the room he heard Stella grab her purse and move for the door. He ran into the room after her stepping in front of her at the door.

"Where are you going?" Mac asked.

She looked into his hard to read hazel eyes and saw something not that unusual. Worry and concern, for her. As Stella tried to open the door Mac threw his back against it. Their faces were inches away. For a second Stella forgot how to breathe as she realized how bad she just wanted to pin Mac down and kiss him. Mac felt his heart stop and was sure he was dead as he caught the scent of her perfume and warm skin, and just remembered to breath before he had to gasp for air. He stood up straight and looked at her face. He took less than a step towards her, put his hand on her face and kissed her. Stella's heart dropped six feet through the floor as she wrapped her arms around his neck. Mac stumbled as he tried to walk never backing away from Stella or their kiss. They landed against the wall and they finally separated. Stella's back was against the wall and Mac's hand was around her waist.

Electricity filled the air as she rested her head on his chest. Mac rubbed her back and winced a little while Stella wasn't looking from the pressure being put on the slash on his chest from the maniac's knife.

"Let's just not go." She told him."Whats the point anyway?"

"But you look so beautiful," Mac told her. "Not that you never do."

He kissed her again and then looked in her eyes. She was happy. Stella bent down and slipped off her heels. Mac took her hand and led her to the bedroom. Halfway there they were stopped again kissing. Stella's skin was covered in goosebumps as she felt Mac run his hands the length of her body, stopping at her hips and resting them on her bare skin from where her dress was open in the back, his palms touching her skin and send pulses through her body. They entered the bedroom that way, stumbling, trying to find each others body for support and balance . Stella’s body shivered when they entered the bedroom doorway as Mac untied the single knot around her neck holding the dress on. She felt the black silk slide down and she shivered a little. The dress started to slip off of Stella's fit frame, and she looked up at Mac biting her lower lip to keep her smile from spreading too wide. He could see the black lace that had been hidden under her dress. Stella unbuttoned Mac’s shirt, having to go back every other button because her hands were moving faster than her brain was comprehending how many there were on his shirt. Mac kissed the curve in Stella's neck as he shut the bedroom door behind them. Without realizing it Stella dug her nails into his back as he slowly moved her closer and closer to the bed. She felt the skin break, and stopped her eyes wide and afraid. Mac didnt even wince in pain as he felt what happened and recognized the small burning senesation as open scratches formed on his upperback.

"Sorry,"Stella muttered breathless, looking up at him apologetically. "Guess I got carried away."

Mac smiled and kissed her again. As he pulled back after they kissed for only God knew how long Stella looked down and saw the cut on his chest. Not too deep but yet deep enough to scar. Mac and Stella were at the bed by now. Stella's back was beginning to rest on it while Mac leaned over top of her, making sure that she was okay with this and taking his time with her. Once Stella saw the scar Mac felt her go rigid in his arms.

"Stella, are you okay?" he asked her, concerned he'd done something wrong or that she wanted to stop.

"I'm sorry about that Mac,"she mumbled, still staring at the now scarlet colored gash on his chest.

She felt the knot form in her throat and choked back tears, trying not to ruin how far her and Mac had some. Mac looked down at his chest for the first time and actually looked at the mark. It was beginning to heal over already, and it wasn't deep enough to cause any trouble. He laughed a little as he looked at Stella's confused face.

"Don't worry about it. Trust me this is nothing. I've seen people with worse. Besides, it looks like a battle scar, kindof like something you'd like me to have,"he told her jokingly, trying to make her feel better about it.

Obviously it worked. Stella looked up at Mac and grabbed the two sides of his unbuttoned shirt by the collar and smiled saying,"well I guess you're gonna find out."

As Stella pulled Mac down on her it started to snow outside, not that they cared. But that meant the Christmas season in New York had officially started, and Stella and Mac had found the perfect way to celebrate it.
nikh13 and HeroesFangirl like this
stellaSMacked awsome finish this one!!!!
missdisapper tnx stellaSMacked if I have a time am gonna write the second part of it ok because of my schooling n stuff 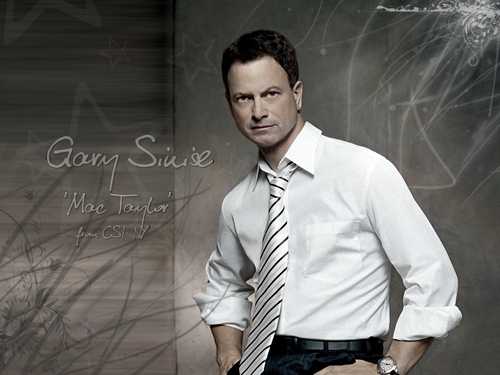 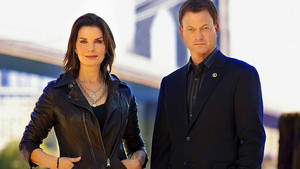 Jo and Mac
added by jlhfan624
Source: edited by me 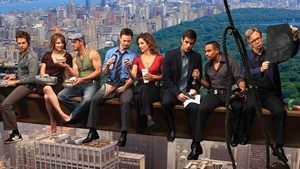 CSI: NY
added by jlhfan624
Source: edited by me 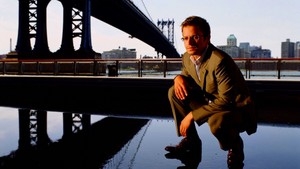 Danny Messer
added by jlhfan624
Source: edited by me 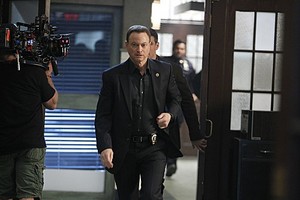 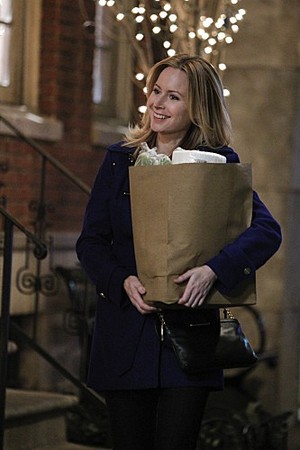 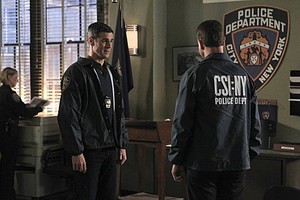 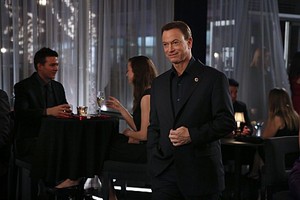 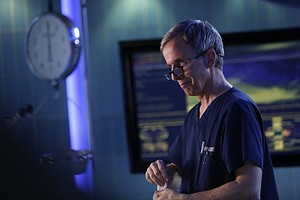 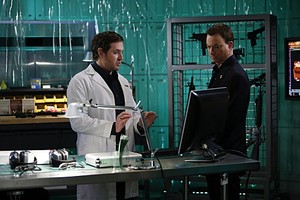 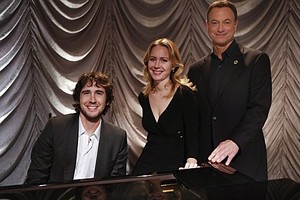 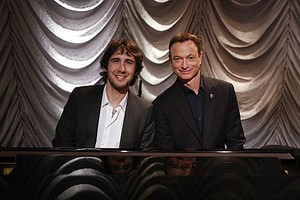 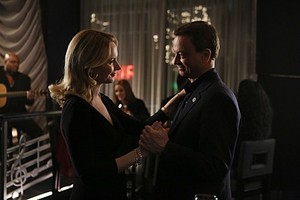 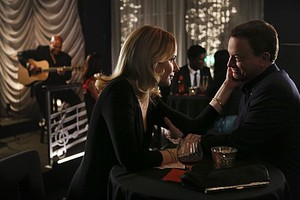 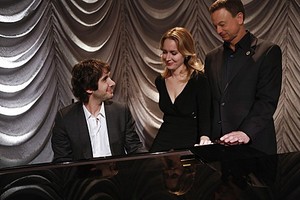