4
Fic: it may not always be so
posted by sarabeara
Note: I DID NOT WRITE THIS FIC! Lj user so_the_purity did. FULL CREDIT goes to her. Im only posting this so those without a livejournal can read :)

Selena makes herself smile all day, because she's not going to waste the last day of filming (maybe ever, oh my god she can't even think about that) being sad.

She cracks jokes with Jen while they're in hair and makeup, spends the day hitting Jake over the head with her wand during filming, and sings louder than anyone when they bring Peter out his cake. She's going bowling with Taylor tonight and she makes herself concentrate on that whenever she catches DeLuise and Maria looking at her fondly, like they're committing her to memory. She will. not. cry.

She smiles big during the group photos, all tucked into Maria's side, arm wrapped around Peter.

She thinks they're done and she's wandering over to the sub station counter, where she and David and Jake have spent years writing dirty jokes on the underside, where only DeLuise and Maria will see them (the best is when they read a new one in the middle of filming and have to keep a straight face for the rest of the shot), when they call her back.

"Just the cast," Todd says, and pushes her over to the middle, in the front.

There's no room for her to squeeze in between David and Gregg, and she's sort of squatting down a little so she's not blocking DeLuise, when arms wrap around her from behind and she's being pulled back onto the stool between David's legs. She laughs and reaches out, clutches David's thigh to balance herself. She's perched kind of precariously, butt pushed back against David, his arms wrapped low around her waist. She's leaning over to the left a little, into Gregg, to try to give David more room, when he laces his fingers together over her belly and pulls her back more firmly against him.

"I'm going to look wistful in this one," he whispers in her ear, his breath ghosting across her neck, before he tucks his chin down against her shoulder, leans his head against hers.

She makes it through all the “last day!” hugs, wraps her arms around cast mates and crew members and says firmly, "I love you," to each one. She feels so tender inside right now, her heart aches. She can feel David's arms around her still, holding her close. Her shoulder feels hot where his chin was resting, like he left a mark.

She’s gonna miss him. Gonna miss all of them. This better not be the last time, it better not.

She’s relieved when her mom motions to her to grab her stuff, taps her watch like we gotta go.

Selena escapes to her dressing room. She’s just going to get her phone and her purse, but her eyes flit up to the top of her mirror, where the glass meets the beauty lights, the glowing bulbs. Crinkled, covered in fingerprints, is the picture she taped up there during the first season: she and Maria dressed up for the Quinceanera episode.

She hadn’t taken it down when she cleaned out her dressing room, defiant, sure that they’re going to come back. It kind of feels like a mistake now, because tears are building behind her eyes, the wet seeping in, blurring her vision. This is her home. Her life is moving so fast these days, faster and faster, and this is the only place where everything is safe, everything is still.

Selena is startled out of her thoughts, looks up and David is leaning in the doorway. His arms are crossed, a mock glare on his face.

“Quit what?” Selena makes her voice sound strong and then ruins it by swiping the back of her hand over her eye, so the tears don’t leak out.

David uncrosses his arms and moves into the room, pointing a finger at her. “Brooding in front of the mirror, like a big, giant, pretty cliché.”

Selena makes a face at him, turns her back to the mirror and David smiles as he comes over to stand in front of her.

Selena shrugs, because if she opens her mouth right now she’s going to start crying. David gives her a yeah, right look at her attempted nonchalance, like he sees right through her, like always. Selena scowls at him and David’s face breaks out into a mischievous smile.

“Wrap party tomorrow should be fun. Enzo and I have the sickest duet planned.”

Selena clears her throat. “Will it be Disney-approved?” Her voice is raspy, a little rough.

David grins and bounces on the balls of his feet. “Definitely fucking not.” He pops her on the arm with the side of his fist. “I wish you were coming out with us tonight.”

“I can't. I told Taylor-" She cuts off when her voice wavers, swallows loudly over the lump in her throat.

“Hey, no, no, I get it, superstar,” David’s tone is teasing. “We’ll take a picture for you so you can remember us.”

“Oh my god,” Selena throws up her hands and the stupid tears are spilling down her cheeks anyway.

And then David’s laughing and pulling her into a hug, saying, “I’m kidding, I’m kidding,” against the side of her head. Selena wraps her arms around his waist, grabs her wrists with her hands, locking him into her embrace, and squeezes.

“A two-handed drinking picture, perhaps,” he whispers and Selena sighs.

“Yeah,” she breathes and leans into him more, rests her forehead on his shoulder. David holds her so carefully, rubbing his fingertips along the bend of her spine, the dip of her lower back. Selena feels like she’s coming undone at the touch.

It’s just- she loves him so much. David's been there for everything. Teasing her about her tomboy clothes and skateboarding alongside her in the parking lot. Celebrating with her from when she got her first Disney movie to when she got her first grown-up movie, where Nicole Kidman is going to be playing her aunt. Scraping her off the ground the first time Nick broke up with her, telling her she was amazing over and over until she started to believe it again. He was there beside her on her favorite film shoot ever, in Puerto Rico, where it really felt like it was them against the world most days. Making her laugh till she cried on days when she felt so exhausted, so old, that she just wanted to crawl back home to Texas. Having her back when people talked shit about her, when random thirty-five year old producers hit on her and he stared them down till they backed off. David has never, ever let her down.

It’s so hard not to know, not to be sure that she’s coming back. To have that on tough days, the knowledge that sometime soon she’ll get to see him again, every day.

“This sucks,” she mumbles into his shoulder and feels his answering chuckle rumble through his chest.

“Sel,” David pulls back and looks at her, palms her shoulders and shakes her. “It’s not like we’re not going to see each other.”

“When?” she insists. She knows she sounds like a child, but she can’t help it. She feels a little hysterical, like something is slipping away, but she’s not sure what.

David doesn’t laugh, though, just rubs his hands up and down her arms, soothing. “I don’t know, we could have lunch next week-“

“I’m going to Europe next week.”

“Okay, well,” David grins. “I’ll be here when you get back. Bring me a t-shirt and tell me all about it-“

“No, then I start filming Monte Carlo. And then there’s promotion for Ramona-“

“I don’t- oh my god, Sel.” David scrubs a hand through his hair, looking at her equal parts exasperated and fond. “I meant-“ He stops, sighs, and his face goes soft as he looks at her.

His eyes roam over her face, his expression so tender, so intimate that Selena feels a little nervous, a little hot standing so close to him. His eyes drift down to rest on her mouth. And then he’s cupping her face in his hands and leaning in.

He touches his lips to hers gently, moving back for a second before coming back in, pressing against her mouth more firmly. Selena’s mouth falls open in surprise and David catches her upper lip between his, just brushes their lips together for a moment before kissing her again. He swipes his tongue gently along her lower lip and Selena shivers, starts kissing him back. They kiss, sweet, tasting kisses, light but they feel so deep. David makes a soft sound at her response, kisses her just harder when she winds a hand into his hair.

His left hand grips her jaw, tilts her face up more, and his right hand slides down to rest in the curve of her neck, thumb touching her collarbone. He kisses her lower lip and eases back, but doesn’t let go of her. He touches his thumb to the corner of her mouth.

“I’ll be right here. When you get back.”

Selena stares up at him dumbly. Her brain seems to have stopped.

He touches a finger to her hair, watches his own hand as he worries the soft strands between his thumb and forefinger.

"Can't get rid of me that easy," he says softly. He tucks the strand behind her ear and looks her in the eye. “Okay?”

“Okay.” It’s barely more than a breath. She would be trembling if she could move.

The corner of David’s mouth quirks up in a smile. He pulls her back in against him, hands sweeping up and down her back once before curling around her waist and hugging her close to him. Selena slides her hands under his arms, hooks them around his shoulders. David tucks his head into her neck, mouth open over her throat. Selena shivers again and she can feel David smile against her skin.

Maybe not slipping away. Maybe slipping into something new.


David hugs her and Selena hugs back. 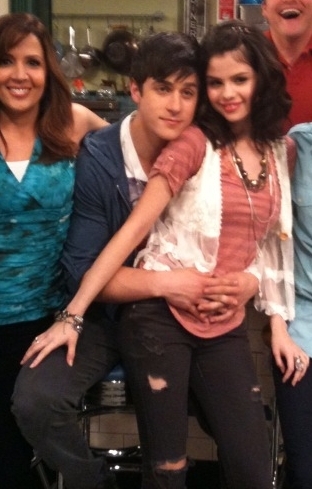 ideal_fantasy, dhaakshu and 2 others like this
anitoee tytyty for posting it, keep posting them! much love :* lol
dalenaLover Now ı can cry if you're not dating! OMG! This is an awesome article (L)
dalena4ever awww I love this
LensofTruth Wow!! Bravo sarabeara!!!! As I'm reading this, I'm thinking, "Ha! This probably IS what happened!!!!!"
LensofTruth Ahem, sorry!!! I meant - Bravo, so_the_purity!!!!!!!!!!! Well, still thank you to sarabeara for posting!!!! 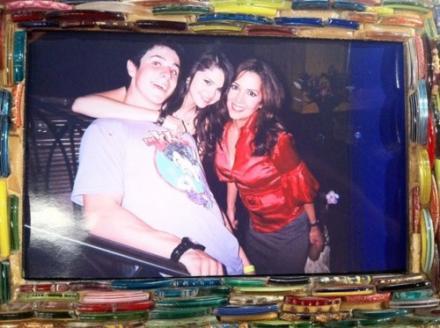 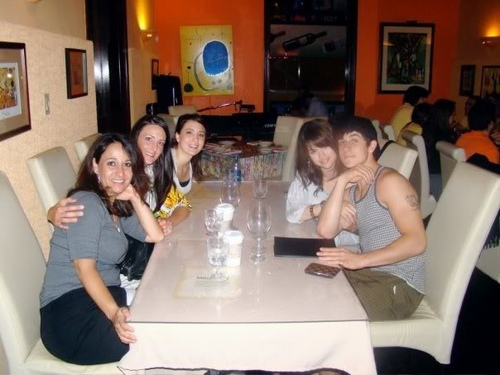 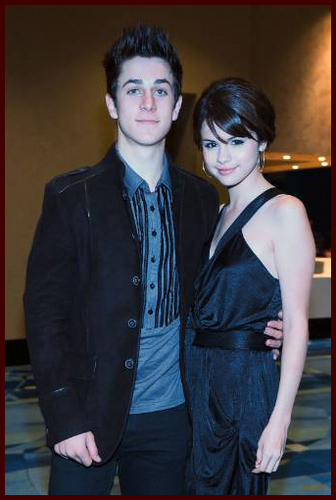 4
"And which one of you is dating Selena Gomez?"
added by sarabeara
At 3:59
video
interview
selena
david henrie
dalena
lorenzo henrie 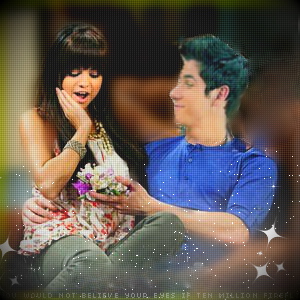 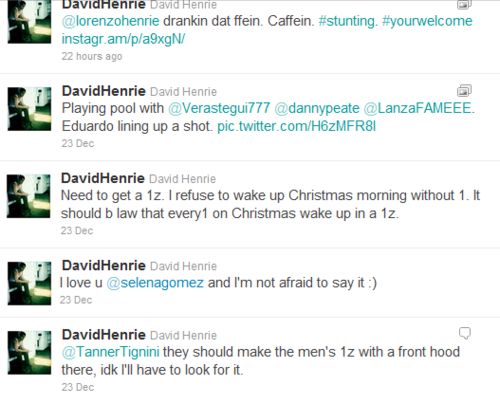 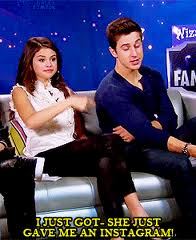 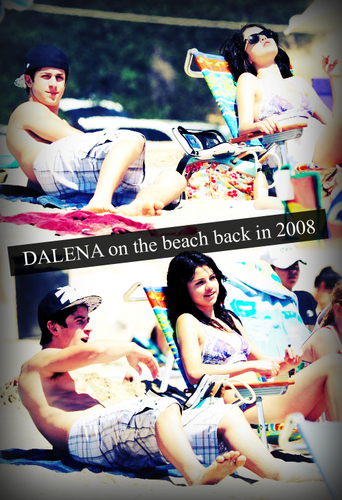 4
Dalena on the beach
added by yowitsmeLYNN 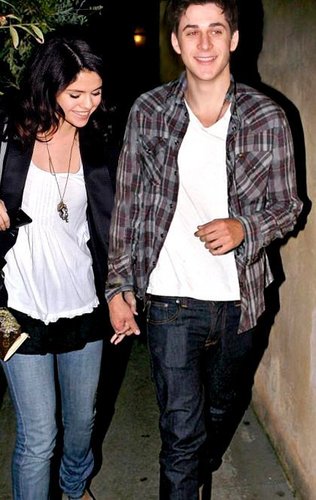 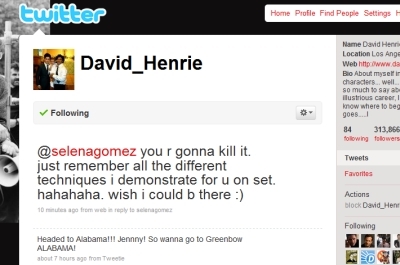 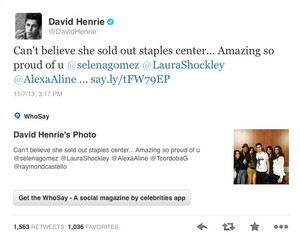 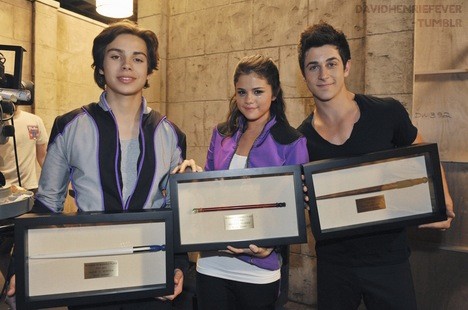 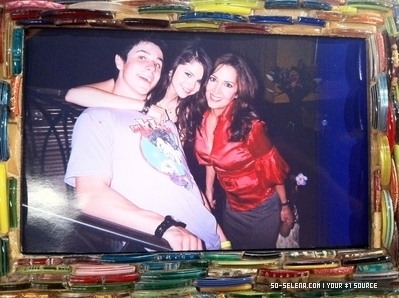 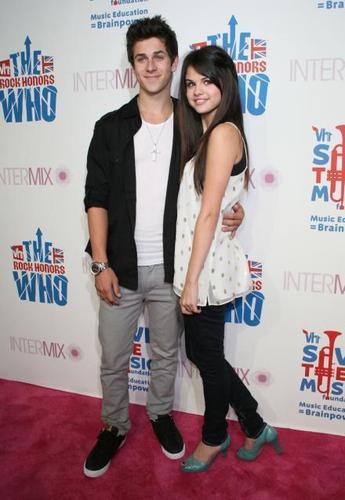 1
Justin e Alex(Jalex)-my heart will go on
added by verygood98
this video is create by me and is in italian because i am italian but i hop that like it in any case thanks you for watching!!!!
video
selena gomez
david henrie
jalex
dalena
wizards of waverly place
justin
alex 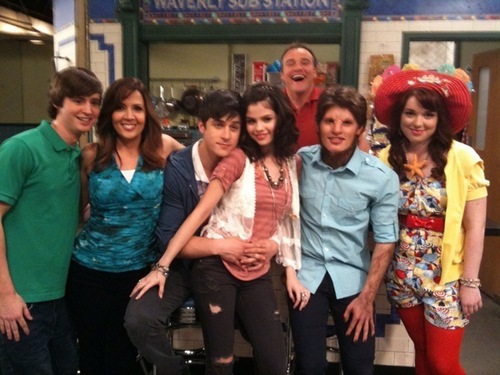 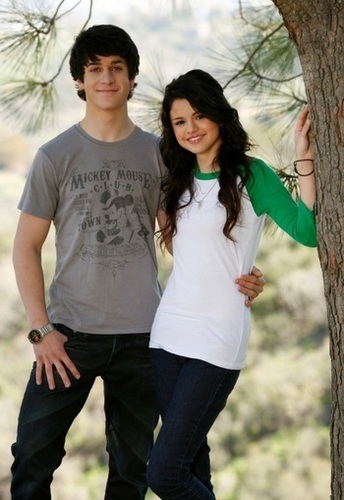 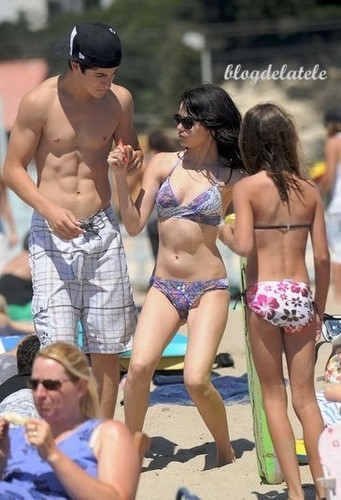