4
Damon and Bonnie Quotes from Book 3: The Fury
posted by el0508
But Bonnie's mind was running on another track.
"So Damon didn't necessarily do all those awful things you said he did," she said shrewdly.
"Like killing Yangtze and hurting Vickie and murdering Mr. Tanner, and all.
I told you nobody that gorgeous could be a psycho killer."
"I think," said Meredith with a glance at Elena, "that you had better forget about Damon as a love interest.

"And I thought I liked to make a dramatic entrance," she said.
"Very funny, Damon. Now let's go."
"With two such beautiful friends of yours right here?" Damon smiled again at Bonnie and Meredith. "Besides, I only just got here. Won't somebody be polite and ask me in?"
Bonnie's brown eyes, fixed helplessly on his face, softened a bit.
Her lips, which had been parted in horror, parted further. Elena recognized the signs of imminent meltdown.

Damon gave in with good grace, shooting one last amused glance toward Bonnie before disappearing from the window. Bonnie and Meredith both started forward in alarm as he did, obviously concerned that he had just fallen to his death.

"I don't see why anybody's going to be screaming," said Bonnie. "Nothing's going to happen there."
"Well, maybe not, but it doesn't hurt to be safe," Meredith said. "What do you think?"
Elena nodded slowly. "It makes sense." She looked around for objections, but Stefan just shrugged, and Damon murmured something that made Bonnie laugh.
xDenYsaDenYx, samjhart and 2 others like this
HindEssa I just love these quotes! ^^ Wonder what Damon murmured, that made Bonnie laugh C:
el0508 @HindEssa Yeah same here!
veronicaaa ES BELLO "furia" hubo bamon siempre desde los libros originales se vio la chispa tambien me pregunto que murmuro damon :/ me encantaria que siguieras con la citas de los demas libros
7
How Bonnie is treated !!
posted by Desara
This article is about bonnie and how i think she is being treated and what i would like in season three.

I think she is a very important character i mean if there was no bonnie, who would stand up to damon? who whould try and kill klaus?

She is an important character, but in my opinion she is treated like crap.She is elena's bestfriend and i know more about Matt Donovan and he is not even on screen that much.

They treat her like a tool. only go to her when they need her help to save "elena". All the characters have big storyline for example caroline being used by damon, turing into a vampire,...
continue reading...
5
Damon Salvatore Will Never Be Happy Without Bonnie McCullough.
posted by ApplePie88
The reality is, Damon will never find true happiness without Bonnie. This is just the facts. I say this not because I think so, it's because I know so. I am confident in my instincts and in my intuition and those things also go for fiction as well. Ever since the beginning, since I have started reading this series and also all of the short stories as well, which to me also have very great significance and purpose to the TVD story as whole, I always knew that when it came to Damon, that it has always been Bonnie from the start. Even though Damon and Bonnie never had that many moments together...
continue reading...
9
Between Mystic Falls and Fell's Church
posted by pattykirsche
This story happens in an alternate universe where TV-Damon and Book-Damon switched places. PG-13 for some violence and sensaultiy.

A very powerful witch, watching Damon’s nasty behavior in Mystic Falls, decided to do an incredible spell, and sent him to Fell’s Church. However, there’s a price for such interference in the natural order of things. The Damon from Fell’s Church had to be taken to Mystic Falls.

Bonnie was feeling lonely. She was alone at home in the Halloween. His father had traveled...
continue reading... 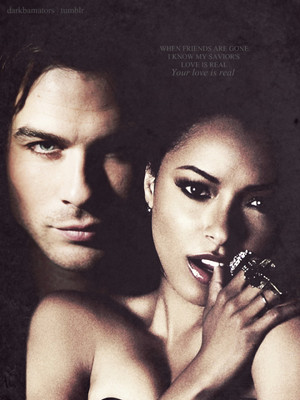 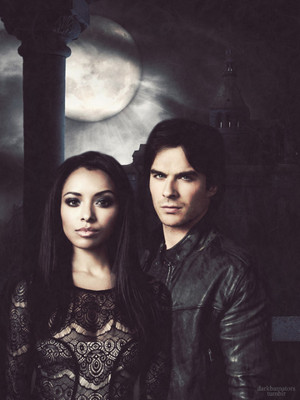 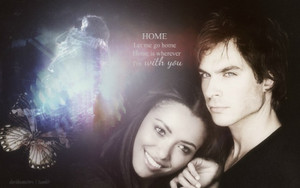 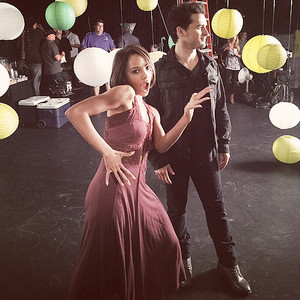 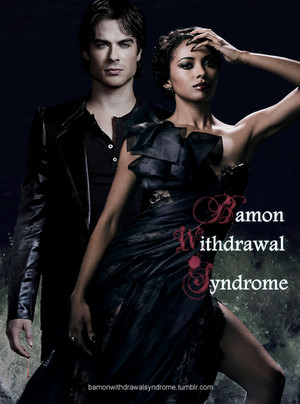 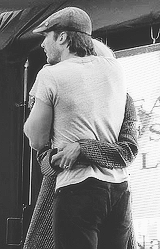 We always thought that Bonnie and Damon would have a thing.
added by el0508
Source: tumblr 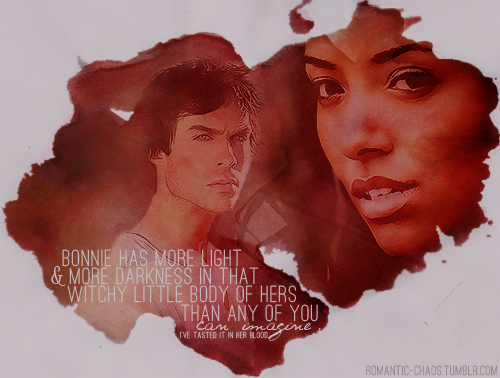 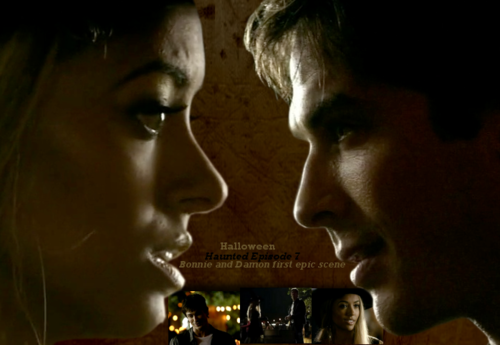 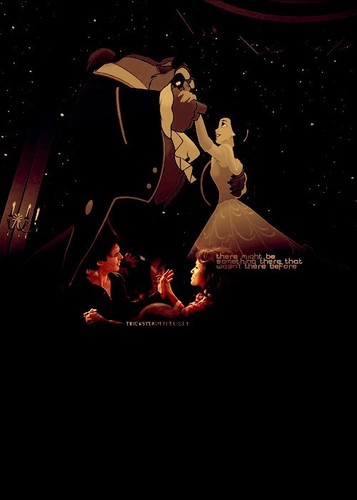 6
damon and bonnie
added by Beriwan 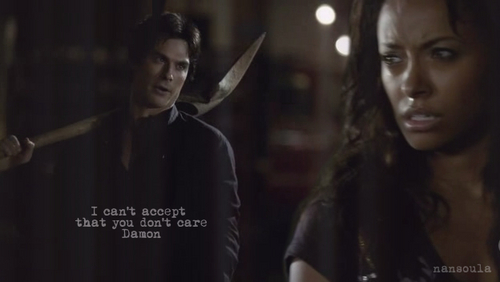 5
I can't accept this...
added by nansoula
Source: Me! Nancy Raf. 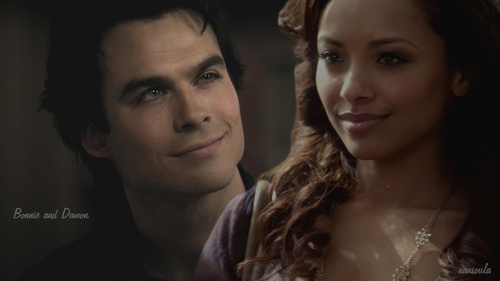 3
Damon and Bonnie
added by nansoula
Source: Me! Nancy Raf. 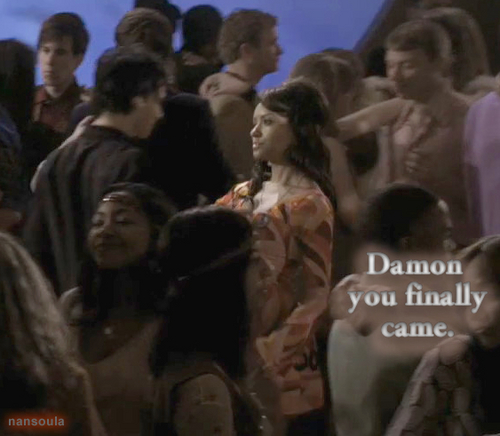 5
You finally came
added by nansoula
Source: Me! Nancy Raf. 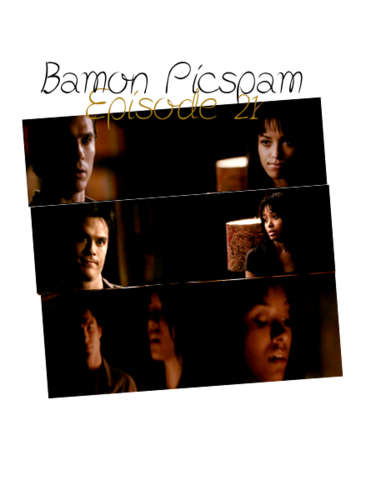 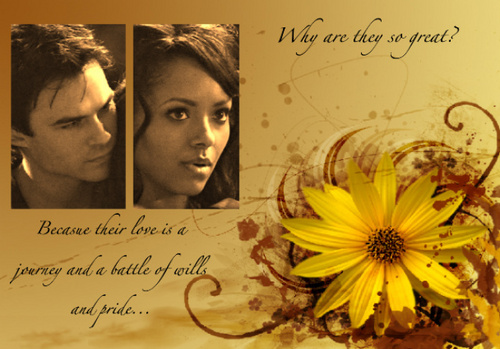