10
The Definition of Epic
posted by InusMama

The word epic has been a point of contention in the TVD fandom. Kevin Williamson, Julie Plec, and Stelena fans claim that Stefan and Elena’s relationship is epic and Delena fans argue that Stefan and Elena are anything but epic and Damon and Elena’s relationship is in fact the epic love story of the show. I figured before we continue the argument that the word epic should be defined. However, “epic” is one of those words that everyone believes they know the meaning of but when asked to define it they come up blank (kind of like the word “irony”). Still, I think it’s important that we try. So I went to the first place everyone goes when trying to define a word: the dictionary. According to the Merriam-Webster Dictionary (2012) epic is defined as

1 : of, relating to, or having the characteristics of an epic <an epic poem>
2 a : extending beyond the usual or ordinary especially in size or scope <his genius was epic — Times Literary Supplement>

The first definition refers to the original use of the word in reference to the great epic poems such as The Illiad, The Odyssey, and The Aenied. This definition isn’t helpful for our inquiry since it relates to an epic story rather than an epic romance. The second definition (like the definition of irony) is very vague and too subjective. How does one define ordinary? Obviously the dictionary definition of epic isn’t sufficient enough.

My favorite definition of epic comes from the cult show Veronica Mars. Logan Echolls refers to his relationship with Veronica as epic and he proceeds to define it.

Logan: I thought our story was epic, you know, you and me.
Veronica: Epic how?
Logan: Spanning years and continents. Lives ruined, bloodshed. EPIC.

With the exception of the spanning continents criteria, this definition describes both Stefan and Elena and Damon and Elena’s story (and Logan and Veronica’s). We could end the debate there, but, as much as I love this definition, a fictional character on a TV show is not the authority on epic.
Epic (like irony), it turns out, is best described by examples and the best examples to use are those provided to us throughout literary history and are agreed upon by most literary critics. I sifted through many lists of the top epic romances of all time and the most common were Romeo and Juliet, Cleopatra and Marc Antony, Heathcliff and Cathy, Tristan and Isolde, Lancelot and Guinevere, Rhett Butler and Scarlett O’Hara, and Paris and Helen of Troy.

I’ve heard many excellent arguments from Stelena fans as to why Stefan and Elena’s relationship is much healthier (as healthy as a relationship with a murderous vampire can be) than Damon and Elena’s. Stefan is very respectful of Elena’s decisions and the two of them rarely argue. But Stelena fans can’t have their cake and eat it too. Stefan and Elena’s relationship is either healthy or epic but it can’t be both. By their very nature the romances in the above examples have a somewhat dark, unhealthy, obsessive quality to them. Romeo and Juliet committed suicide rather than live without the other. Cathy was so obsessively in love with Heatchliff that she claimed to be one with him: “I am Heathcliff.” Heatchliff himself demanded that Cathy haunt him as a ghost as he held her on her deathbed. None of these actions denote healthy behavior yet they are part of love stories that have reverberated throughout the decades and have stirred something within the human spirit.

In her radio interview with The VRO, Julie Plec said that Stefan’s love was skewed towards the “right there by my side, my champion, my friend, my soul mate, my protector” sort of love whereas Damon’s love was defined as a “volatile, exciting, passionate, intense, somewhat dark, all-consuming love.” Although some of the words used by Plec to describe Stefan’s love for Elena aren’t quite accurate, the idea is that Stefan’s love is pure. The problem is that epic loves, as evidenced by the above examples, are not pure but all-consuming, at times selfish emotions that defy logic, reason, morals, and all other emotions.

Damon let his emotions override his judgment when he force fed Elena his blood to keep her from dying in the sacrifice ritual. His love and desire to keep her alive came before what was right. Stefan on the other hand believes wholeheartedly in respecting Elena’s decisions. He did not like Elena’s willingness to trust Elijah and sacrifice herself any more than Damon, but he did not let his emotions override his belief in free will. The same thing happens again in the season 3 finale when Stefan respects Elena’s wishes and saves Matt first. Whether this was right or not is irrelevant in terms of epic relationships. The likelihood that any one of our epic couples would have made Stefan’s decision is slim if not nonexistent. Elena herself wouldn’t have either. Stefan’s decision may have been morally right but it was not epically right. Elena’s love for Damon, though she is hard-pressed to define it as such, also defies her own rationale. This man killed her brother, yet there she is, less than a year later, passionately making out with him against a wall only to be caught by that same murdered brother.
Paris and Helen’s love affair gave birth to the Trojan War but even with all the death and destruction, even with the death of Paris’ brother Priam, Paris and Helen refused to separate. After Katherine compels Jenna to stab herself, Elena puts aside her desires and breaks up with Stefan to keep the rest of her loved ones safe. This, of course, was the right decision. Elena calls herself selfish for not complying with Katherine’s demands in spite of her threats but this act proves Elena the opposite. Even after Katherine has been removed as a threat, Elena puts her judgment before her love for Stefan and declines rekindling their relationship. Logically right but not epically right.

Just as it was not right for Lancelot to love Guinevere, his king’s wife, or for Tristan to love Isolde, his uncle’s fiancée, it is not right for Damon to love Elena, his brother’s girlfriend. In the season 1 finale, less than an hour after his brother saves his life, Damon kisses “Elena.” This act was not malicious like the same attempt in episode 1x03 (Friday Night Bites). Damon goes to Elena house, not in search of her (he knew she was still at the Grill) but to make amends with Jeremy. The kiss was born out of emotions he could not control. However, Damon attempts to control them. In 2x08 (Rose) he confesses his love to Elena but compels her to forget, determined to let her be happy with Stefan. In an act of love, one of many that proves Stefan and Damon’s relationship is more epic than Stefan and Elena’s, Stefan gives up his love, identity, and principles in order to save his brother’s life. And once again Damon finds himself in the same position owing his brother for saving his life but harboring a deep, abiding love for his brother’s girl. By the end of 3x10 (The New Deal), Damon has given up on heeding his guilt just as Lancelot and Tristan gave up on heeding theirs.

Another characteristic of epic romances are the seemingly impossible yet similar obstacles that must be overcome. A war between two nations or two families like Romeo and Juliet, Cleopatra and Marc Antony, and Paris and Helen, or a marriage or previous attachment like Heathcliff and Cathy, Tristan and Isolde, Lancelot and Guinevere, and Rhett and Scarlett are the common thread. Stefan and Elena’s biggest obstacle (the only one that has last longer than a few episodes) is, not Elena’s feelings for Damon, but Stefan’s bloodlust. Though it sounds deadly, this obstacle is not a seemingly impossible one. In fact, to date, that obstacle has been overcome. Damon and Elena’s obstacles fit the epic pattern better. Elena’s loyalty to Stefan matches Cathy’s to Edgar. Their shared stubbornness is similar to that of Scarlett’s and Rhett’s. Damon’s guilt resembles Lancelot’s. Elena’s friends and family’s disapproval of Damon parallels the Capulet’s of Romeo. The unfortunate part of all these epic romances is the ending; the obstacles were not overcome. Many Delena fans claim that Damon and Elena will be endgame, but if these two are to continue their epic record they will most likely not end up together. Not one of the aforementioned couples received a happy ending for one reason or another. But the tragedy adds to their epic beauty.

Despite this long article, the “epic” debate between Stelena and Delena fans will continue. I’ve attempted the impossible by trying to objectively analyze a very subjective word and topic, but hopefully I’ve at least given the TVD fandom a definition to work with. 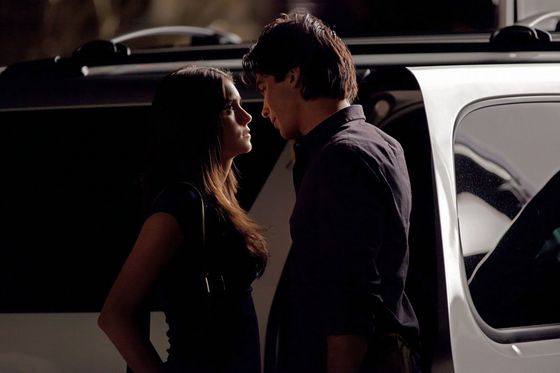 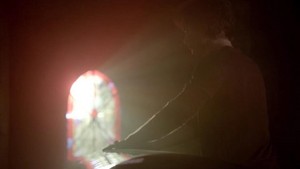 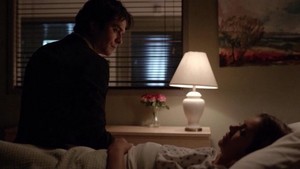 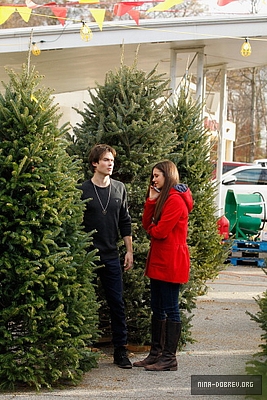 Ian and Nina Shopping for Christmas trees
added by EternityOfLove 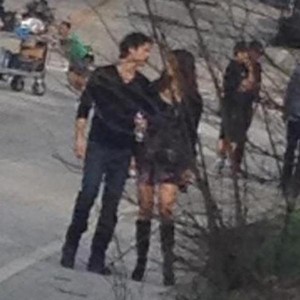 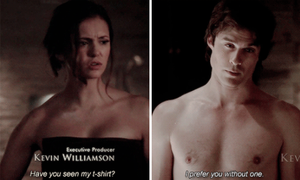 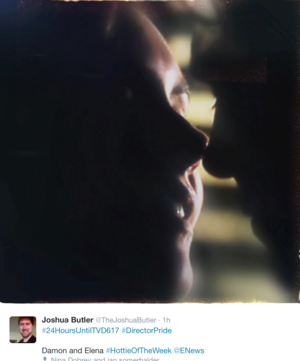 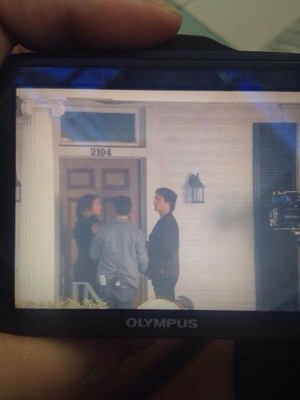 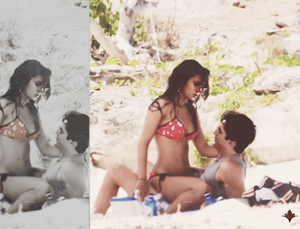 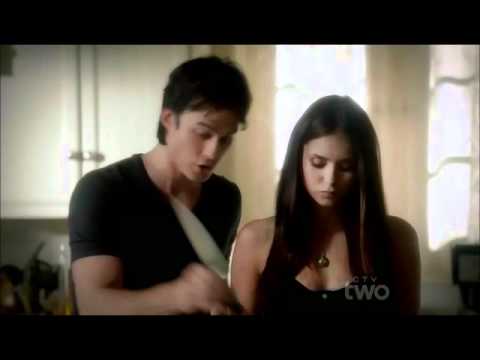 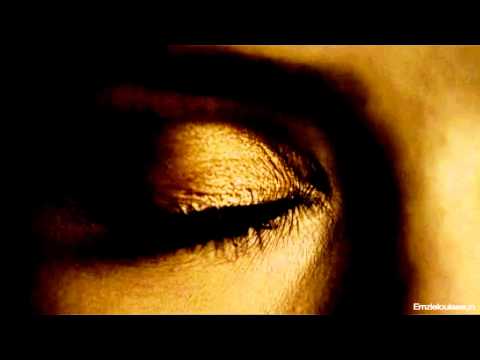 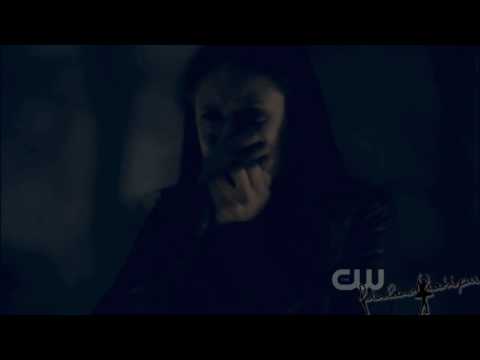