11
LJ Smith officially ships Bamon -read this and i think u will agree that she ships them-
posted by inuyashagirl82
Someone tweeted this. apparently a bamon fan emailed her saying why BD belong together. I dont know what the email said exactly. but her response solidifies that she truely ships Bamon. So if she ships Bamon how can DE even really have a shot at Endgame. she says she doesnt know endgame but if she is pro bamon why wouldnt she make them endgame.

after reading your email, I feel like sending for a priest and getting those two married right away: Bonnie and Damon, You certainly make a compelling case, and I think you will enjoy Midnight, in which Bonnie and Damon travel alone together to the Dark Dimension, and how Damon, to his later horror, loses track of Bonnie until she is in the middle of being sold as a slave.

And the plot goes on from there . . .
I myself think Bonnie might be good for Damon, because 1) she is a strong psychic, 2) she already knows the ropes of human/vampire relationships from watching Elena, and 3) she seems to bring out, even more than Elena, a gentleness in Damon that makes him want to protect her, no matter what she's done. You're right; she makes him more human.

Elena and Damon and Bonnie and Stefan have already been
the same ages for about twenty years, when the original books were
written (or only gotten about nine months older). The ones going to
college are going to stay freshmen for a long. long time. And in this time, Damon definitely likes Bonnie. She's his weak spot. He chases Elena because he set himself a goal when he first saw her, but he actually saved Bonnie's life (and kissed her) before the Vampire Diaries story started. I'll be putting the story up on my website soon if you haven't seen it. And in the books to come, there's a lot of Damon and
Bonnie moments, when he tries to be cruel to her but finds that somethig
inside him just won't let him do it. Somewhere inside he has a lot of
tenderness for her. I give Bonnie as good a chance as Elena to end up
with Damon because what about Stefan?

In any case, they'll all get closer and closer in the upcoming books.
Bonnie has a unique and important part in Midnight, in which she and
Damon end up alone together in the Dark Dimension. He starts out not
treating her very well, but ends up as sorry as he can be! And, too . .
. but I can't tell you the whole story! 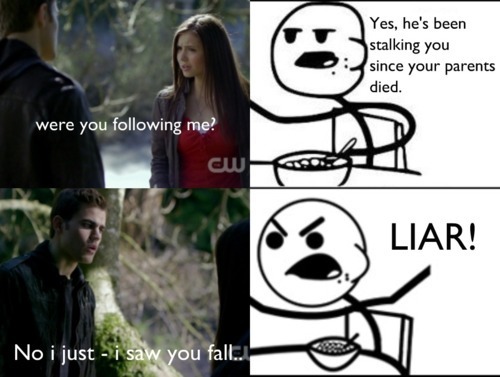 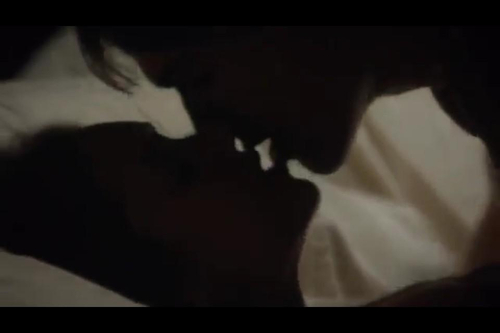 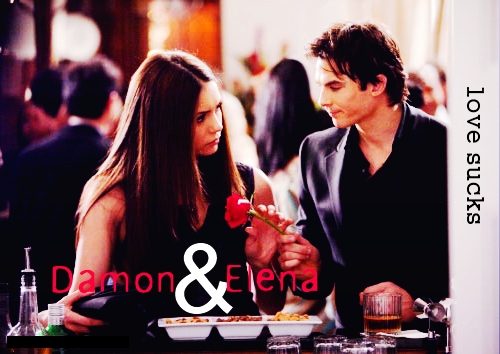 1
De in 3x6
added by bussykussi 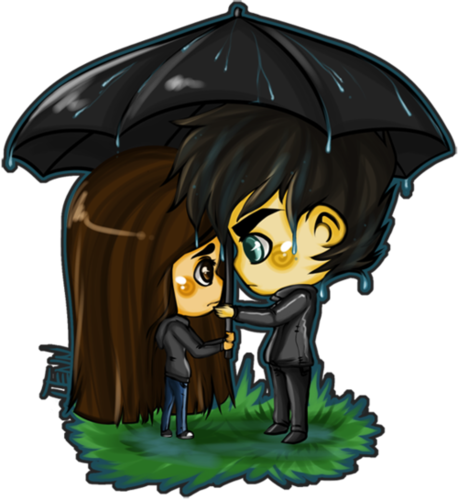 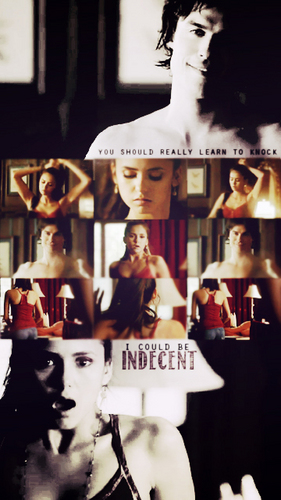