5
Exclusive Interview: Daniel Gillies gets a taste of THE VAMPIRE DIARIES
posted by flowerdrop 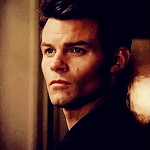 Exclusive Interview: Daniel Gillies
gets a taste of THE VAMPIRE DIARIES

The vampires on THE VAMPIRE DIARIES, now in its third season Thursdays at 8 PM on the CW, have a lot to write about in their journals, particularly when it comes to their family relationships.

From the start, we’ve had the complicated sibling relationship between Stefan (Paul Wesley) and Damon Salvatore (Ian Somerhalder), both in love with the mortal Elena (Nina Dobrev).

Last season, we met Daniel Gillies as Elijah, one of the Original vampires, whose brother Klaus (Joseph Morgan) is a half-vampire/half-werewolf hybrid. This might not be so bad if Klaus hadn’t killed the rest of the family and now keeps trying to kill Elijah when he’s not trying to sacrifice Elena, drag Stefan over to the dark side and generally wreak havoc. It’s enough to make a vampire seriously rethink the whole notion of brotherly love, from Elijah’s perspective.

Gillies, born in Canada and raised in New Zealand, has a genre resume that includes SPIDER-MAN 2 (as Jonah Jameson’s son John), MASTERS OF HORROR and TRUE BLOOD. He talks about his millennia-old VAMPIRE DIARIES character – and has some strong words about Elijah’s decision-making skill.

ASSIGNMENT X: When you had gone up for VAMPIRE DIARIES, what did you know about Elijah? Did he turn out to be what you expected him to be?

DANIEL GILLIES: I read the different versions of what they thought he was going to be. I had never read the books. I thought when I auditioned – I’ve told this many times to the press – they were going to go with an older actor. And they said, “Nice audition,” gave me a pat on the back and said, “Thank you, but no thank you.” So when I heard a month later I was doing it, I hadn’t done any research, and I was at a bachelor party with my brother-in-law, I knew nothing about the character. I’d read some basic scenes that were obviously written for the audition, and those never ended up being in the show, but did he end up being like I [envisioned]? I had certain ideas about what I thought it would be like when I started, and I really tried to make a lot of those things happen, and luckily, this show gives you the dexterity and the movement to make those things happen.

AX: Before VAMPIRE DIARIES, presumably you had some notion of vampires and what playing a vampire might be like. How does VAMPIRE DIARIES conform to or differ from that?

GILLIES: Well, answering personally, it’s kind of unusual, because I’m probably the only pretty well-known vampire in popular culture that you have never seen his teeth. That to me was kind of like the ultimate, the crux, a really exciting part. Now I’m really excited that [executive producers/show runners] Julie [Plec] and Kevin [Williamson] have decided to leave that out [and so far have not shown Elijah with fangs]. Personally, my idea is conforming to what I thought I was going to be playing. I mean, he’s a supernatural badass villain, but I haven’t seen him do any of the classic vampire moves. We’ve never seen Elijah take somebody and suck the blood out of them. We’ve seen him murderous, but he’s really just sort of almost this creature with enormous power rather than a typical vampire at this point. And I love it, I hope they keep it that way. He’s got some sort of a secret, that boy. I don’t know what it is. It’s two thousand years of clean living. 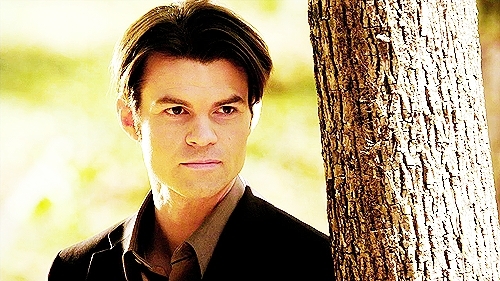 AX: And how is it playing one of the biggest badasses amongst a bunch of other badasses?


GILLIES: It’s so fun to do that. And I hope they do that more this season. I want to do it more and more and more. [In real life], I do Muay Thai [Thai martial arts] and kickboxing and I only just started in the last year. At the time I got Elijah, I thought it was a bit fortuitous, because [doing martial arts] had kind of gotten me used to dangerous situations and what I liked about playing this role is, it gave me some sort of confidence in playing a degree of – I hate using the word “gravitas,” because it’s so overused, but weight and anchorage.

AX: Besides being a badass, Elijah seems to bear the burden of delivering a lot of expository dialogue. How do you break that up for yourself and make it sound like something a person would actually say?

GILLIES: You just have to know the dialogue so well that it is like the back of your hand. There’s no shortcut to it, there’s no trick. You just have to work ten times harder than every other actor that comes to that set, because you need to make saying paragraphs of dialogue look as easy as me saying, “Hello, how are you?”

AX: Elijah seems to have become an integral part of the series in a short time. Do you think that’s largely due to your performance?

GILLIES: That’s one of those questions where you’re doomed if you answer. I’m going to deflect here and say it’s excellent writing. I did walk into one of the best characters there was. I think that the show required some menace at the point where I walked in and needed something menacing,– it was sort of a perfect storm of those events.

AX: How do you think Elijah feels about Klaus abandoning him and virtually adopting Stefan as a brother?

GILLIES: That’s going to be up to Julie’s writing, but frankly, he [Stefan] can have Klaus. That’s a terrible bro. I’d rather work solo and not have that as a mentor. That’s like having Charles Manson as your nursery school teacher. 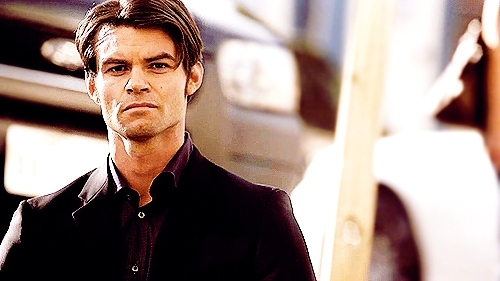 AX: Would you say some of Elijah’s decisions in regard to Klaus have been, well, ill-advised?

GILLIES: I think that he’s an idiot. Some of the things that [Elijah has] done, especially toward the end of last season, I was like, “Well, that’s obscenely ridiculous.” There was no way that anybody that intelligent, who’d been alive that long, who can murder another vampire, no less, with the back of his hand, who can move faster than light, is going to go, “You know what? This guy [Klaus] is not so bad …” And I love you Julie, I love you Kevin, but I thought that was just … odd.

AX: Well, maybe he has a hidden agenda that we’ll find out this season.

GILLIES: Maybe. Maybe he’s so used to being killed and resurrected that it’s like, “It’s all going to work out.” I’ll find out when you do, believe me.

AX: Do you think there’s anything Klaus could do that would make Elijah forgive him?

GILLIES: Yeah. I think if he returned the family to Elijah and if he left Elena alone.

AX: It’s been said that this will be the season of the Originals. Can you elaborate on that at all?

AX: Has there been anything either in the storyline or behind the scenes on VAMPIRE DIARIES that’s really surprised you?

GILLIES: Every single week. Every time I read it and go, “Oh, my God.” I think that’s their intention.

AX: Anything else we should know about VAMPIRE DIARIES right now? 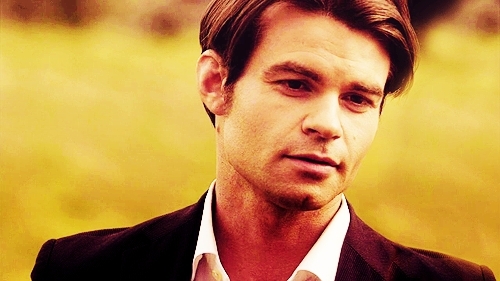 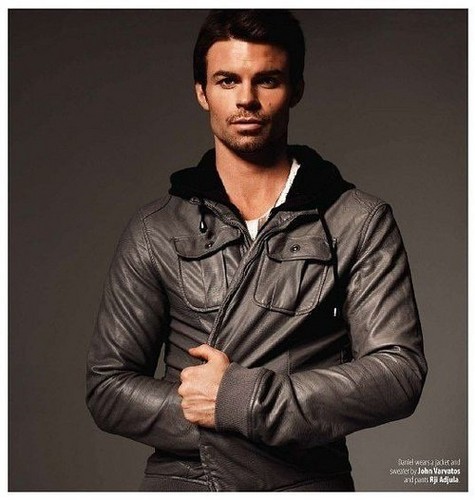 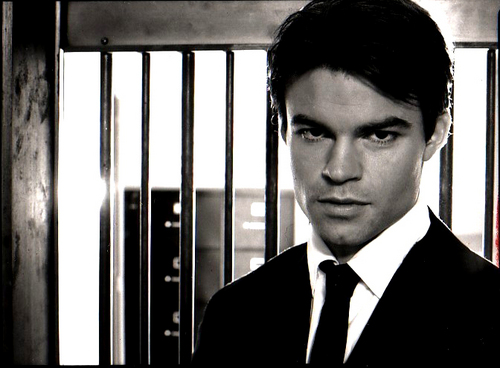 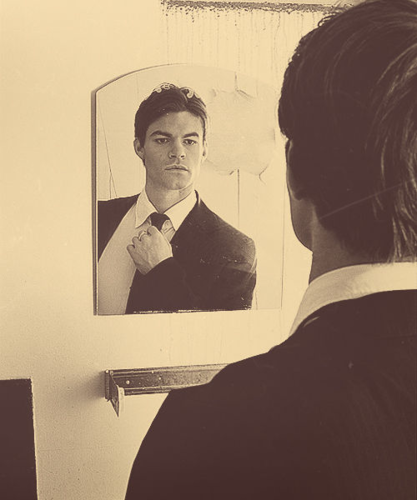 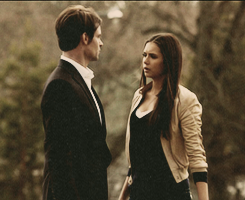 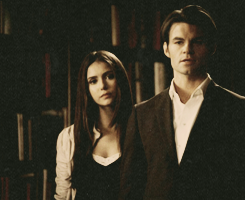 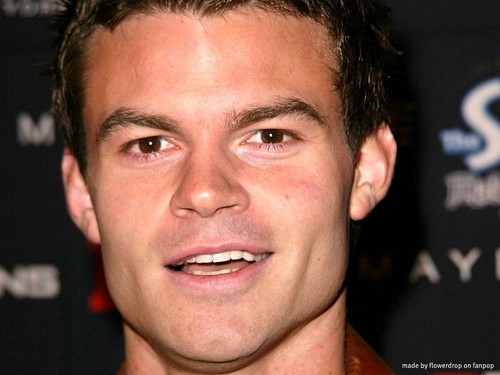 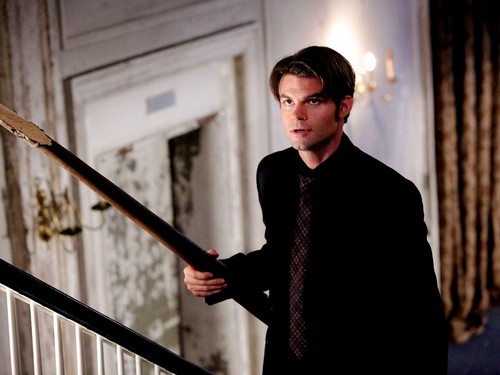 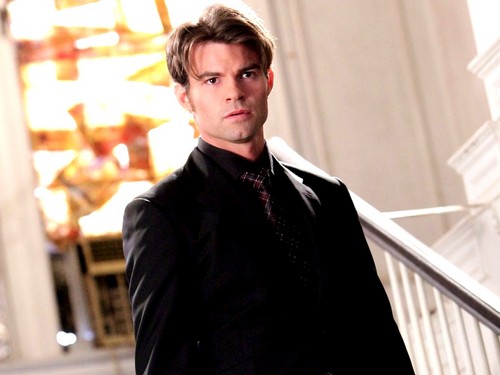 6
Daniel Gillies Wallpaper
added by flowerdrop
Source: made by me - flowerdrop 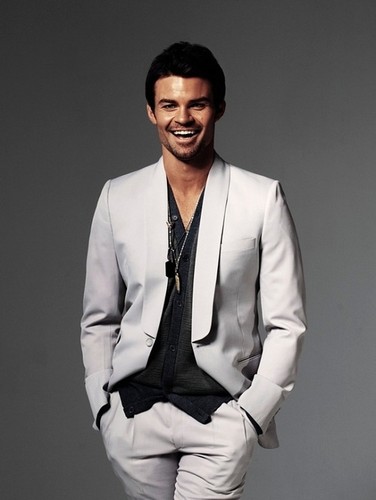 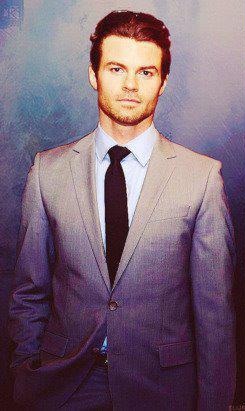 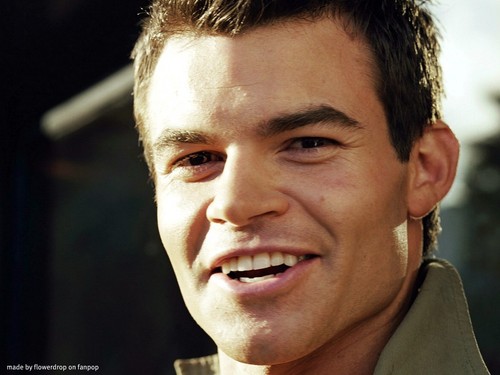 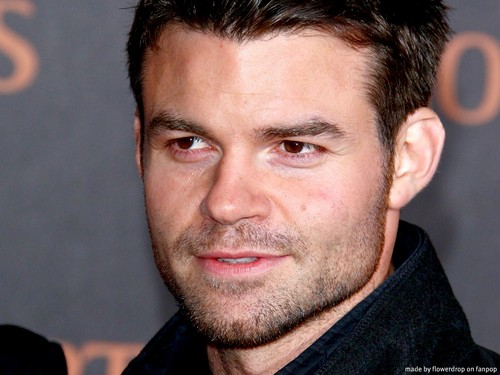 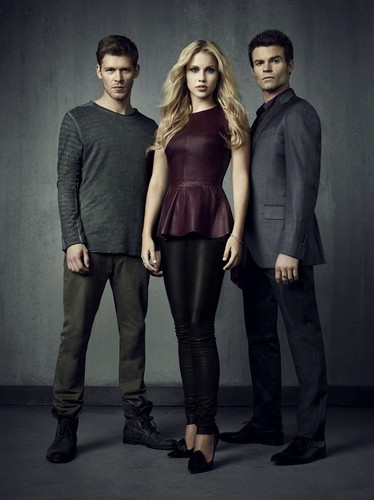 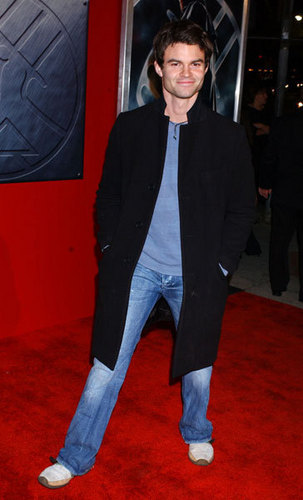 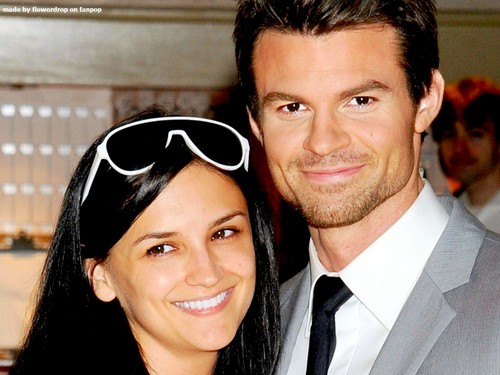 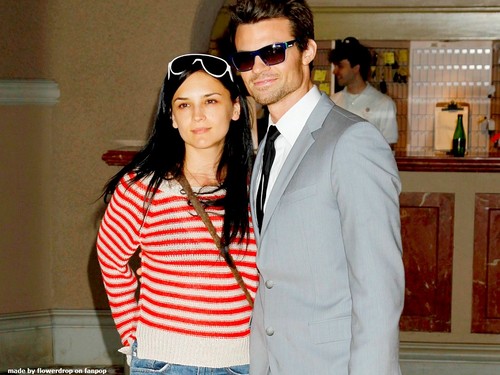 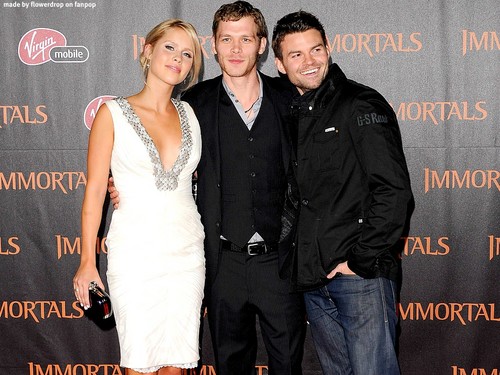