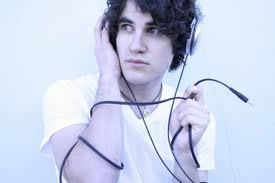 "That which makes you different is what makes you strong. Whether you're gay, straight, purple, orange, dinosaur; I don't care."

Interviewer: "If you could see the world in only shade of one color, what color would you choose?"
Darren: "Pink. Cause it would be really funny. Cause really mean people wouldn't seem so mean anymore."

(At Deathly Hallows Premiere) Interviewer: "Here is Darren Criss! You may have seen him recently."
Darren: "You have? *Looks around at posters* Oh my god! There's more of me!?"

(At Deathly Hallows Premiere) "There's been a terrible mistake. Someone really screwed up and let my nutty ass in here."

"So here's what happening to Blaine on Glee, he's recently been bitten by a radioactive.. uh... turtle. And I hang out with Rambo, and I move to Mars and I start of colony of... crazy misfits. And I start a Glee Club, the first intergalactic Glee Club."

"There's not a damn thing that I do on my own that's not for my fans or for people that have supported me. So I don't really care about my agenda, I wanna be on yours."

(About Teenage Dream) "So Katy﻿ Perry tweeted about the song, said it made her cry. I hope it was like a good cry instead of a bad cry 'cause it was really bad or something."

Fan: "First of all, Darren, I think you're supermegafoxyawesomehot."
Darren: *laughs* "I wrote that line, so I know what you're referring to."

(About kissing Kurt as Blaine at the Dublin show on the Glee tour) "I was consumed by my love for Chris Colfer and I just couldn't help it any longer."

Interviewer: "Does Joey Richter have a girlfriend?"
Darren: "I would say yes, and her name's... Tarantulus. And she's nine feet tall, has a hundred arms and her eyes are made of lasers, and if any girl tried to destroy her they would perish."

Interviewer: "What does your song writing process look like?"
Darren: "It looks like a mess! It's like someone went into a room, took a dump, then grabbed a blowtorch and sprayed it all over the wall."

"Buy my album because... it's the kind of music you can be friends with. And it's the only way that *pause* aliens won't come to Earth and destroy us. I am sure of this."

"Be nice people, cause nobody likes an asshole."

(Showing a picture of his old hair) "This is what I really look like. I really have big bushy hair, this *points to himself* THIS IS A LIE!"

"I had huge hair, I'm pretty sure there was certain species in there that could cure cancer."

"Guys, if you hear any screaming girls... it's probably my dad."

"I am Darren. I like beaches, sushi, and small animals."

(After having apple come out of his mouth) "If that's﻿ any indication that I like Aladdin... apple FREAKED out of my mouth."

"I like orange and blue together, but I would never wear them."

(Talking about Zac Efron) "You were a Horcrux in a play I wrote!"

"People always ask me, is it creepy that I'm messaging you? And I'm like, no man! I'm the weird one. I played a fake Harry Potter in a musical we took time to make, that's weird man. We have a musical called Me And My Dick! We're weird."

"Did someone say Darren Criss?"

Interviewer: "I've listened to Teenage Dream at least 500,000 times."
Darren: "That's like a million something minutes!"

Interviewer: "Did you ever think your life would change this quickly?"
Darren: "Nope! Simple as that. Nope!"

"Well with that attitude let's do it! Huzzah!"

"I would be the worst president in the history of the United States. Unless you want the apocalypse to happen really soon then yes, I'll run for president."

"I have a degree in acting!"

"That is a bad dryer! I don't want to see any of you hanging out with that dryer!"

"Wars will stop if we just all sit down, have a sleepover and popcorn and watch the entire thing of that show. (Avatar the Last Airbender) We would all get along and it would be beautiful."

*posing with two girls for a photoshoot* "This would never happen."

"What was the question? Sorry, I was being an asshole."

"Man my boobies itch, I wish somebody would just hold my boobies."

Darren: "I actually almost parked in your parking spot once, then I realized it was yours and moved out of there. Sorry bout that."
Ellen: "Oh, well I didn't know and wouldn't mind."
Darren: "Oh, well I'll just write that down. Park in Ellen's spot."
Ellen: "Well, someone will tow it. But I don't mind."

Fan: "Hey Darren, would you ever date a Very Potter Musical fan? And I was wondering if I could get a kiss..."
Darren: "Woah! At least take me out to dinner first, we only just met. And all the cameras are here, the pressure's on. I never say never to anything, so you never know. We'll see..."

Interviewer: "Ever have a recurring dream?"
Darren: "Yes, I'm always at a concert where the band sounds exactly like my alarm clock."

(Talking about Glee Project auditions) Robert Ulrich: We're looking for people with potential. So even if you just sing in your shower.
Darren: That's actually the best place to sing. So bring that, into here! Just wear clothes!"

"My biggest fear... is turning *pause* into an inanimate object*

"The sunglasses are the secret to my power."

Interviewer: "Have you tried going into a Gap since Silly Love Songs?"
Darren: "No... but I'd either be really excited or really terrified. Just don't sing Darren, you'll get everybody fired!"

Interviewer: "A lot of changes in your life lately."
Darren: "Yeah, I bought a new sweater."

"No one's tried to stab me. That's cool. I enjoy not being stabbed."

"They're just peachy, I think they're fabulous."

(About Teenage Dream) "She said it made her heart go whee, well, guess what Katy? You make my heart go whee."

"The Kardashians have a book? What the fuck?"

(After Chord Overstreet pretend-strangles him) "Oh I know this guy, he's the good-looking one."

"I think if I met Dan my head would explode, so I think I'll avoid him cause I like my head not exploding."

"I think ears would bleed. So if you see me bleeding out of my ears you know I met Dan."

"Hah- ha- AHHHHHHHHHHHHH! But that translates to hey what's up man, Dan? Cool, whatever."

"I'm just a fanboy that got lucky."

If I wear gold shorts, can I look like you, Chord Overstreet? (pointless talking* And on that note, let's see your body.

"I'm picturing all my albums lined up and being like, "What about me, Darren? You always﻿ say you love me the most!" I add personality to all my inanimate objects."

"Acting can be hard work... but you just have to pull through it and sometimes you have to kiss Lea Michele."

Darren: "There's cool songs coming."
Interviewer: "Anything you can tell me?"
Darren: "Absolutely not."

"We finally did the episode that everyone was waiting for. A song by Hey Monday!"

Interviewer: "I asked Chris what kissing you was like and he suggested I just go in and kiss you. But I'm going to spare you that."
Darren: "Oh thank you. I appreciate your nobility. I'm not sure whether I'm offended or complimented."

"If the Warblers have to fight New Directions then SO BE IT! BRING IT ON!"

Interviewer: "Will you chew a lot of gum before the kissing scene?"
Darren: "No! Just cause you asked. In fact I'm going to chew on... 20 cloves of garlic, then I won't brush my teeth for ten days. Just to make it special. Cause everybody chews gum."

Chris Colfer: "After the first kiss I was like "damn Darren!" I need a cigarette now, cause that was intense."
Darren (Upon hearing this): Th-Thanks Chris.

"He (Chris) never called me after the kiss. It was very embarrassing."

"Like many relationships... I think I'm just gonna... runaway."

"I went down to this girl's (that he was in love with) house and I serenaded her. She came down, and we hugged! In 8th grade terms that's like, all kinds of love explosions!"

"IT'S A DARREN SHOW! LET'S FUCKING ROCK! *screws up* oh﻿ no wait I got too confident. FUCK MUSIC!"

Interviewer: "Are you dating anyone right now?"
Darren: "Oh I wouldn't tell you even if I was..."

"I like to think they were all romantic. I'm not just some floozy! PLEASE!"

"Anti-gravity glee numbers! That's like everything I could ever want!"

"Glee is more then just a show now. It's become a wonderful culture celebrating the underdog and glorifying individuality."

"Where are my perverts!?"

"I ain't telling you shit son!"

(Singing to Ellen): "When are we gonna see... Finding Nemo 2? They did it with Toy Story and Cars. So why not something new? A new story about Dory. I hope your buying what I'm selling, I know it ain't my choice... I just wanna hear the voice of my girl, Ellen!"

"I want people to know that there is nothing more badass than being yourself."
YouAreBlue, Orlafangirl and 15 others like this
ninjacupcake88 I will by adding to the list :D but this is all I have for now.
opalrose <3 IT!!!!!!!!!!
ninjacupcake88 :D
TheHogwartsJagu Hey, Darren, there are an intergalactic Glee Club... It's called the Galactic League of Extraterrestical Exploration... my spellings can be a little bit horrible... Dame that G.L.E.E!!!
noplacelikemlbn Darren, you know, if you play your cards right, you may add me to your vast, vast legion of fangirls. It helps that you're super hot.
Firebender-16 Darren is sooo funny he's my new favorite :) love him!!!!!
MissMcAvoy Love it. can u post sum links to the interviews!
sugerpie56 Hahaha these are all hilarious! 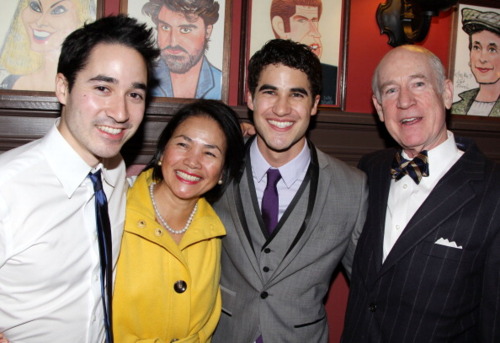 2
Darren attends the after party How To Succeed 3/01/12
added by gardrm1
Source: tumblr 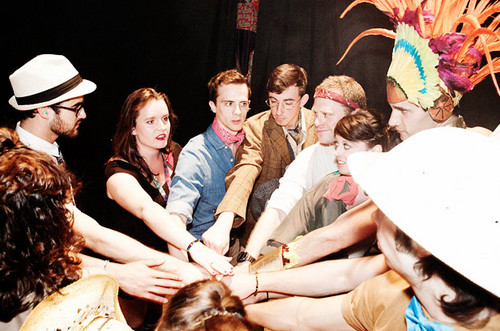 1
Team StarKid With Darren Criss: A Day in the Life in Photos
added by gardrm1 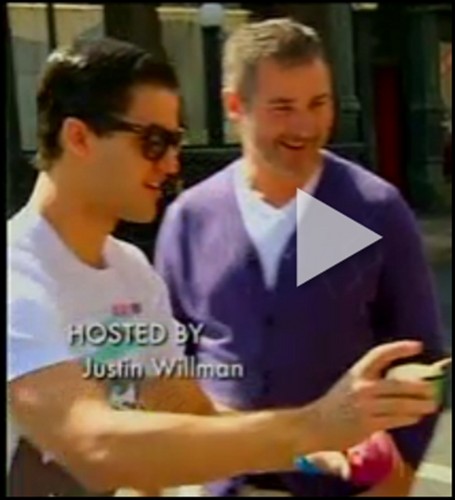 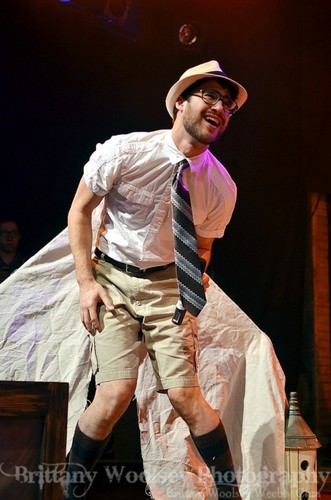 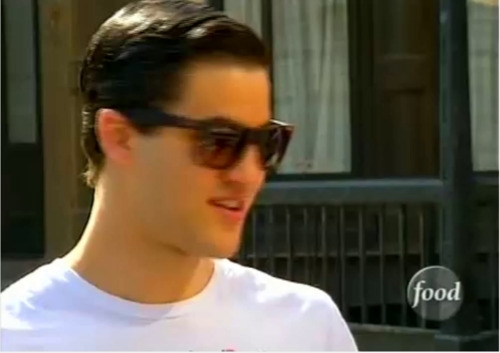 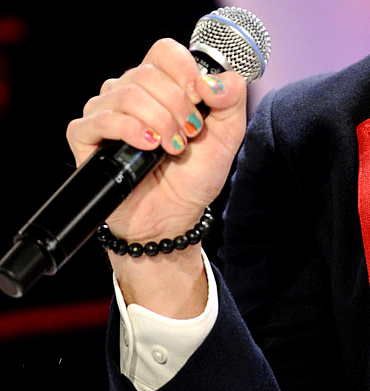 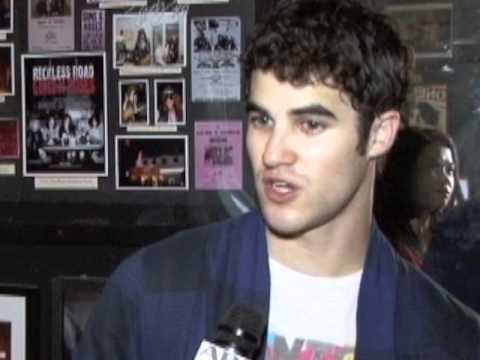 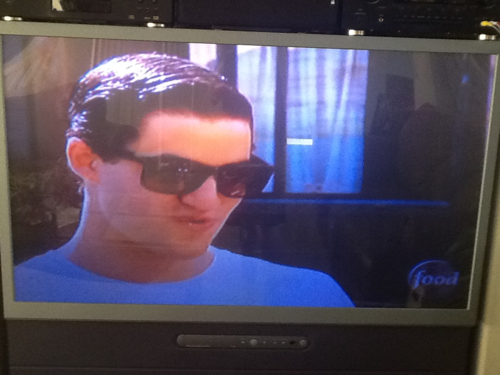 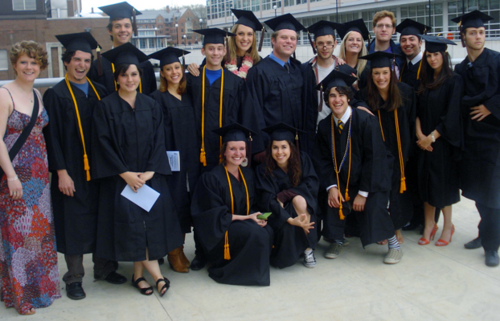 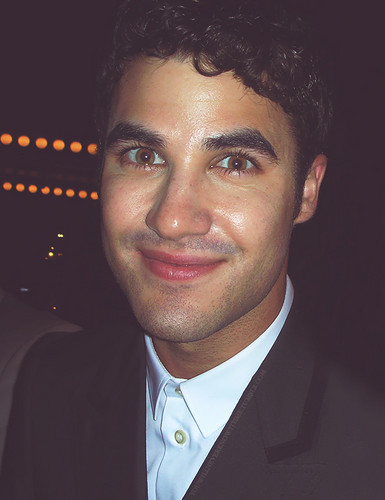 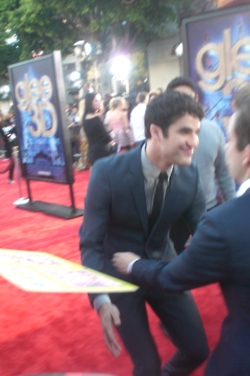 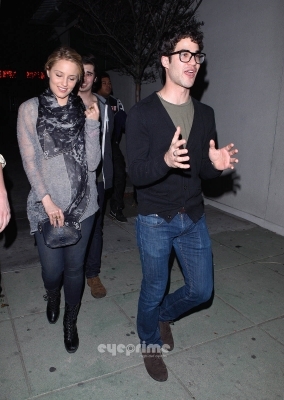 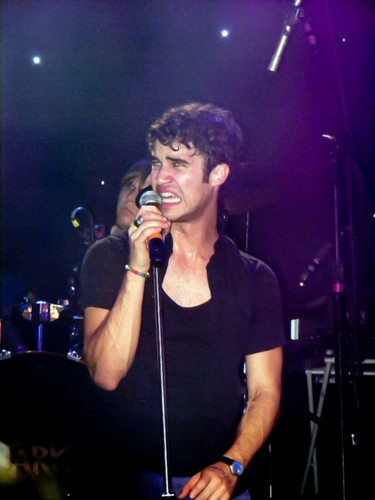