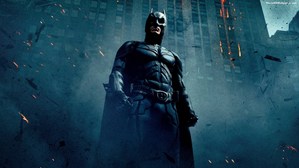 In 2005, director/writer Christopher Nolan rebooted the Batman franchise with the highly successful movie, ”BATMAN BEGINS” that starred Christian Bale as the Caped Crusader. Both men reunited three years later for a new story centered around Batman’s conflict with his greatest nemesis, the Joker, in this 2008 sequel called ”THE DARK KNIGHT”.

There has been a great deal of attention surrounding this movie. Many have not only praised it, claiming that it is better than the 2005 movie. But most of the word-of-mouth have centered around Heath Ledger’s performance as the Joker, especially after his tragic death nearly four months before the film's release. When ”THE DARK KNIGHT” was finally released, many critics and fans expressed the belief that the positive word-of-mouth had been justified. Not only have many judged Ledger’s performance as the best in his career, others have claimed that the movie is probably the best Comic Book Hero movie ever made. I do not know if the Joker featured Heath Ledger’s best performance ever. As for the claim about ”THE DARK KNIGHT” being the best comic book hero movie . . . I do not agree.

I am not saying that ”THE DARK KNIGHT” was a terrible or mediocre film. Frankly, I believe that it was one of the best movies I had seen in 2008 and one of the better comic book hero movies, as well. Most of the movie featured an excellent story scripted by Christopher and Jonathan Nolan, and David S. Goyer, in which Gotham’s organized criminal element has found itself threatened by the law ever since the end of the Falsone family in ”BATMAN BEGINS”, thanks to Batman (Bale). A former inmate of Arkham Asylum named the Joker (Ledger) approaches the crime bosses, which include Salvatore "Sal" Maroni (Eric Roberts), with an offer to kill Batman for pay. At the same time, Batman and Lieutenant James Gordon (Gary Oldman) contemplate including the new district attorney Harvey Dent (Aaron Eckhart) in their plan to eradicate the mob, as he could be the public hero Batman cannot be. Harvey Dent is found to be dating Wayne's childhood friend and object of romantic desire, Rachel Dawes (Maggie Gyllenhaal). This conflict between Batman, the Joker and their allies escalates to a tragic and well-directed dénouement that leads to Rachel’s death. And it is here where I believe that the movie faltered.

”THE DARK KNIGHT” could have ended with Rachel’s death, followed by the Joker’s manipulation of a grieving Harvey Dent into madness and his eventual capture or death. Instead, the Nolan brothers and Goyer allowed the Joker to escape and continued the story with Dent’s vengeful hunt for those he considered responsible for Rachel’s death and the Joker resorting to a Green Goblin situation involving two ferryboats packed with explosives. The situation involved him telling the passengers on each that the only way to save themselves is to trigger the explosives on the other ferry; otherwise, at midnight he will destroy them both remotely. All of this occurred during the movie’s last half hour and quite frankly, it was a half hour I could have done without. I found the entire ferryboats sequence so unbelievable and contrived. It seemed as if Nolan teased us with the possibility of seeing the darker side of the average citizen . . . and wimped out, because he would rather stroke the ego of his moviegoers with some "nobility of man" bullshit by allowing the passengers refuse to blow or try to blow each other to kingdom come, instead of telling the truth about human nature. Very disappointing. It would have been more interesting or darker if Batman had prevented the passengers from blowing up the boats at the last minute. Batman would have saved the people, but the Joker would have proven a point.

A fan had pointed out that the ending of the sequence was Nolan’s message about leaving a sliver of hope for the audience that human beings do have the capacity to do good things. I realize that this was Nolan’s aim, but this is a message that has been done to death by moviegoers for eons. The problem is that screenwriters and moviemakers are always giving moviegoers this "sliver of hope". They call themselves pointing out the ugly side of humanity and then they pervert these messages by allowing them to come out of the mouths from villains like the Joker, before the latter is eventually proven wrong. It just seems like a cop out to me. Which was why I found the whole ferryboat sequence something of a joke. Sure, human beings are capable of doing some good. But in that particular situation? I rather doubt it. If there is one trait that humanity possess, it is a talent for self-preservation. It would have been more realistic to me if the boats had detonated or Batman had prevented this before anyone on one or both of those boats and activated the bombs. Granted, Batman/Bruce Wayne would have been disappointed in Gotham’s citizens, but he would have learned a valuable lesson about the very people he calls himself protecting. Even better, I would have preferred if Nolan had never added that sequence in the first place.

As for Harvey Dent’s hunt for those he deemed responsible for Rachel’s death . . . I would have been more satisfied if Nolan and his co-writers had ended the movie with Dent’s eventual slide into darkness in that hospital room and saved his transformation into a twisted vigilante and arch villain in a third Batman film. This would have prevented the movie from being unnecessarily a half hour long. And it would have saved the talented Aaron Eckhart for the third film as “Two-Faced” Harvey. It would have also spared moviegoers of that ludicrous ending in which Batman and Gordon decided to allow the former assume blame of Dent's crimes in order to save the reputation of the D.A. I am still stunned by this little plot development. What were the Nolan brothers thinking? Why was it so necessary to save Dent's reputation in the first place? Did Batman and Gordon harbored such a low opinion of Gotham's citizens that they had to treat the latter like children?

The performances in ”THE DARK KNIGHT” were basically superb. Christian Bale beautifully captured the growing dilemma of Bruce Wayne’s desire for a normal life with Rachel Dawes, juxtaposed with his role as Gotham’s costumed vigilante and his growing power over the city’s criminal element, thanks to his alliance with police lieutenant James Gordon and the new District Attorney, Harvey Dent. There is one aspect of Bale’s performance I did not like – namely the growling tone he used, while in the Batman persona. I did not care for it in ”BATMAN BEGINS”. I cared for it even less in this film.

I have noticed how many have expressed the view that Maggie Gyllenhaal's portrayal of Rachel Dawes was better than Katie Holmes in the 2005 film. Personally, I did not see much of a difference in the quality of their performances. Both actresses gave good, solid performances. But . . . the screenwriters’ portrayal of Rachel in this film disappointed me. They had turned her characters into an object. She was Bruce Wayne's prize for giving up the Batman persona, as soon as he could get Dent to assume the role of Gotham's "hero". She was Dent’s love interest, Girl Friday and a reason to go on a rampage for Dent. And for the Joker, she was a means to get at Batman, once he realized how the latter felt about her. There were times when Rachel's character almost seemed irrelevant and a sad decline from the legal and moral dynamo that Holmes had portrayed in ”BATMAN BEGINS”.

Heath Ledger as the Joker. What can I say? The man was brilliant. He made Jack Nicholson’s Joker look like chump change. Honestly. One of the reasons why I have never care for the Joker character in the past was due to his over-the-top persona. Cesar Romero’s Joker has never impressed me, regardless of the numerous insane clown laughs he had utilized. Nicholson’s Joker was too over-the-top for my tastes. As one can see, I do not have a love for overly theatrical characters, unless they are done right. Granted, Ledger portrayed the Joker as over-the-top. But somehow . . . I really do not know how to describe it. Somehow, he managed to infuse some kind of control in the character’s insanity – not only with his behavior, but also with a talent for emotional manipulation and the views he had spouted to Batman and other characters. Do I believe that the Joker was Ledger’s best performance? No. I believe that the character was one of his two best performances, the other being Ennis DelMar from 2005’s ”BROKEBACK MOUNTAIN”. Do I believe that Ledger deserved the Best Supporting Actor Oscar that he had received fo performance, despite his death? Hmmmm . . . yes. He was that good.

The other truly superb performance came from Aaron Eckhart as Gotham’s new District Attorney, Harvey Dent. One of Eckhart’s virtues was that he formed an excellent screen chemistry with Maggie Gyllenhaal. Frankly, I found their romance more believable than her relationship with Bruce Wayne. Eckhart projected a great deal of magnetism, charm and intensity into his portrayal of Dent. But I was more impressed by the way he expressed Dent’s descent into vengeful madness, following Rachel’s death. Granted, this turn of his character occurred in the movie’s last half hour. Although I disliked the movie’s last half hour, Eckhart’s performance in it almost made it bearable.

Gary Oldman, Michael Caine (Alfred Pennyworth), Morgan Freeman (Lucius Fox) and Cillian Murphy (Dr. Jonathan Crane/the Scarecrow) all reprised their roles from the first film. All four gave solid performances, but only Oldman’s role as James Gordon seemed bigger. I found Gordon’s fake death somewhat contrived and manipulative. Aside from the creation of the Rachel Dawes character, everything about the two Batman movies directed by Nolan have adhered to the Batman canon. Which is why I found it difficult to believe that Gordon was dead. Alfred’s role seemed to have diminished from the first film. Freeman’s Lucius Fox is now quite aware that Bruce is Batman and seemed to be acting as the latter’s armorer, as well as Wayne Enterprises’ CEO. The only problem I had with the Fox character was his opposition against Wayne/Batman’s development an advanced surveillance system that can listen in and track the movement of any of the thousands of cell phones in the city. I found the whole scenario contrived. As much as I had enjoyed Cillian Murphy’s portrayal of Dr. Crane/the Scarecrow in ”BATMAN BEGINS”, I found his less than ten minutes appearance in ”THE DARK KNIGHT” a waste of the actor’s time . . . and mine.

Composers Hans Zimmer and James Newton Howard returned to score the sequel. I must admit that I had been impressed by their work in ”BATMAN BEGINS” and had expected another exceptional score by them. Unfortunately, I barely remembered the score. I understand that they had rehashed the original score for this movie and added a new theme or two. But it all came off as unmemorable for me.

”THE DARK KNIGHT” had the potential to be the best film from the summer of 2008 . . . at least for me. But there were some aspects – the portrayal of Rachel Dawes’ character, Zimmer and Newton Howard’s score, the portrayal of some of the minor characters and the contrived writing that dominated the movie’s last half hour – that I believe had ruined the movie’s chances of achieving that potential. Fortunately, the virtues outweighed the flaws and in the end, ”THE DARK KNIGHT” managed to remain first-rate and become – in my view – one of the better films from 2008. 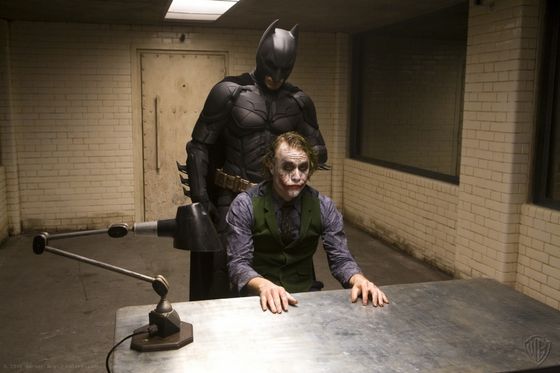 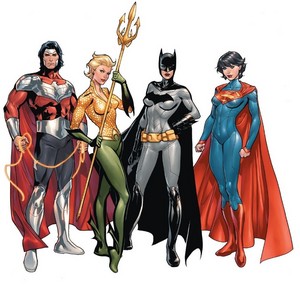 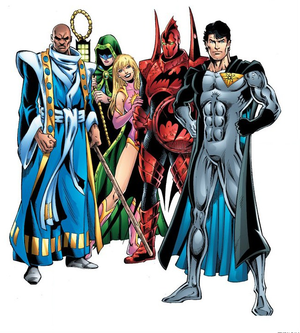 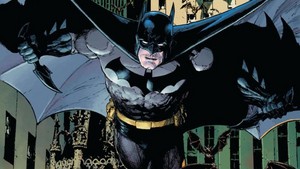 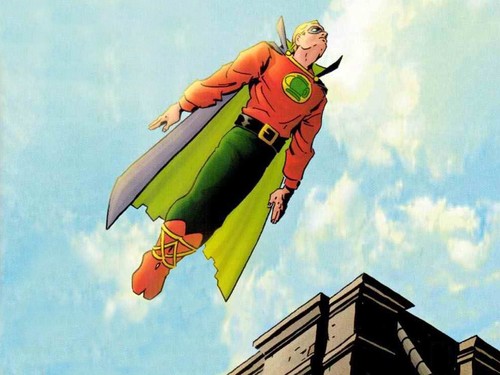 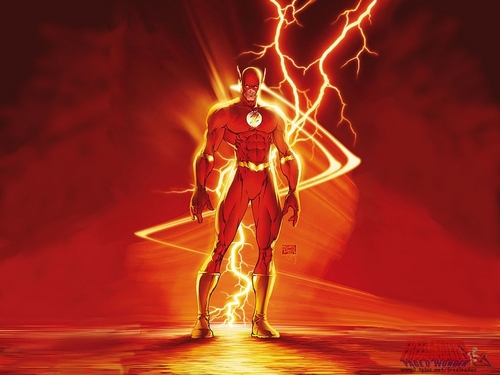 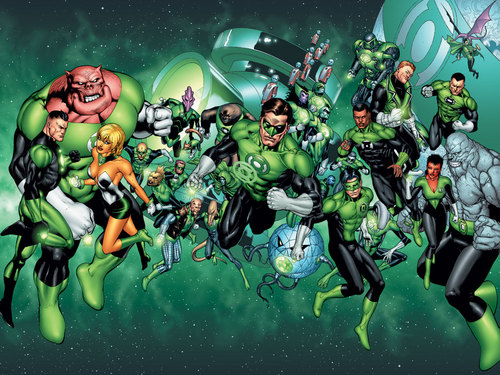 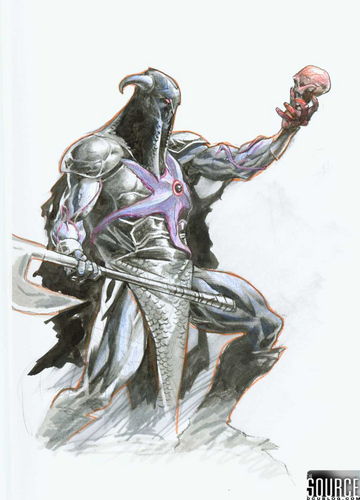 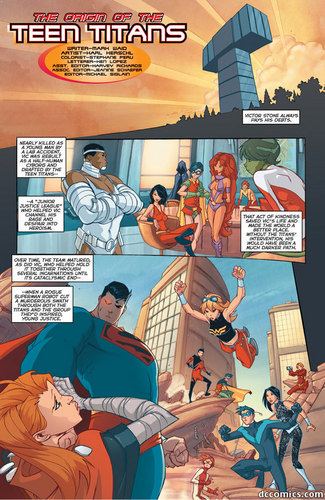 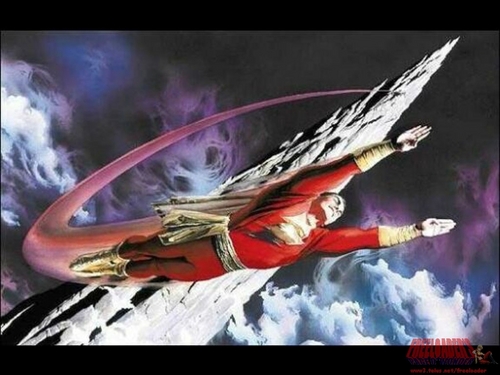 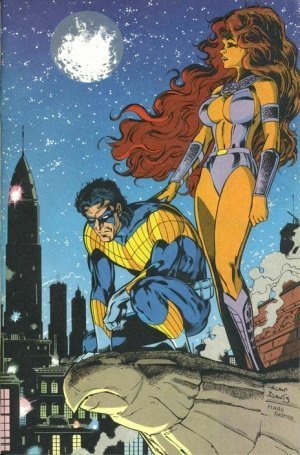 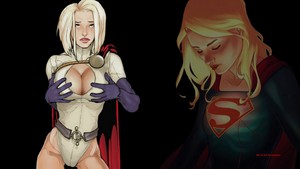 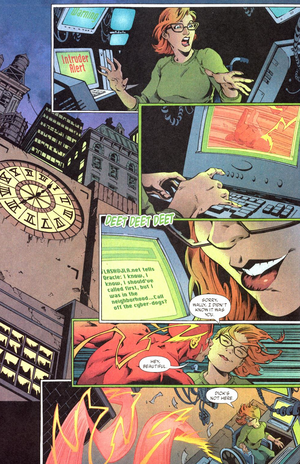 The Flash and Barbara Gordon
added by PizzaPerfect 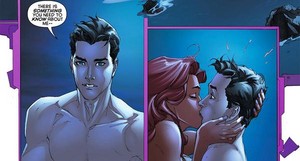 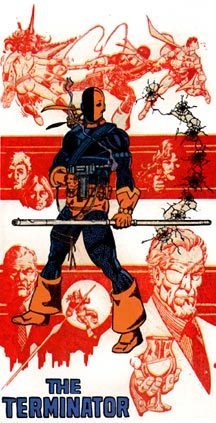 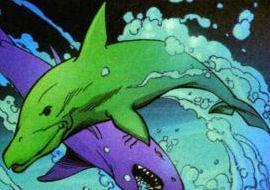