In November of 2017, the Justice League film was released. Although it was credited as being directed by Zach Snyder, Mr. Snyder had to leave the project before it was over due to a family tragedy. Joss Whedon was brought in to finish the film. In addition to that, several important scenes that Zach Snyder filmed were cut out of the film. Fans were disappointed with the 2017 Justice League film. When they found out that Zach Snyder had a better cut of the film, they spent the next three years asking for the Snyder Cut. After resisting the fans' wishes, Warner Bros. finally let Zach Snyder finish the film and release his cut of Justice League.

My feelings on the 2017 version of Justice League:

It quickly became a common thing to hate on the 2017 version of Justice League. I was not one of the people that hated it. When I first saw it, I thought it was a really enjoyable and optimistic film about superheroes coming together to bring justice to the world. I saw the film several more times. After having re-watched it, I saw more and more of the film's flaws. Due to only being two hours long, there wasn't enough time to give character development to a lot of the characters. Even some members of the Justice League were underdeveloped. Also, Darkseid, who was incredibly important to the plot of the film, was cut out of the 2017 version. These problems hurt the quality of the 2017 film, but I still stand by the fact that it works as a fun, optimistic Summer blockbuster.

Even though I'm a fan of the 2017 version, I'm a much bigger fan of the 2021 version. Zach Snyder's Justice League is four hours long! That makes it one of the longest superhero films of all time. This film isn't like other director's cuts where you only get ten minutes of new footage. Zach Snyder's Justice League has over two hours of previously unseen footage! There's so much new material that the 2021 version of the film could almost be considered a brand-new film. Even a lot of the scenes that were in the 2017 version are used in a different context and include different dialogue.

Zach Snyder's Justice League has the same premise as the 2017 film: Steppenwolf has come to Earth to obtain three objects of power known as Mother Boxes. In order to save the world, Batman has Wonder Woman, Flash, Aquaman and Cyborg join his new team. However, in order to truly win the battle, Batman thinks that he needs to bring Superman back to life. While that premise remains the same, Zach Snyder's Justice League gives the plot more backstory, character development, sentimental moments and action-packed excitement.

Although Cyborg, Aquaman and Flash had cameos in Batman V Superman, Justice League was their real introduction into the DC Extended Universe. Introducing three new heroes into a team film is hard. The 2017 version didn't give these characters enough time to shine. Zach Snyder's Justice League gives Aquaman and Flash additional scenes that flesh out their personality and character development. However, the team member that received the biggest upgrade is Cyborg. The 2017 version cut out nearly every scene that dealt with Cyborg's backstory. The 2021 version goes out of it's way to explain the complex, emotional backstory that Cyborg has. His relationship with his parents and the truth extent of his powers are topics that are explored in great detail. These scenes help make Cyborg a more understandable and sympathetic character. His father is given a prominent, important role in helping the Justice League save the day.

Steppenwolf was the main villain of Justice League. Ciaran Hinds did an amazing job at voicing the character, but Steppenwolf was mocked for being a one-dimensional villain who lacked a real motivation. The 2021 version of the film has quite a few scenes where Steppenwolf's motivations are explored. It's pretty hard to call Steppenwolf a sympathetic villain, but this version of the film makes his actions more understandable. He's undeniably evil, but Darkseid's cruel disregard for his life help give the character some emotional depth. As for Darkseid, he's known for being the most evil and dangerous member of the Justice League's rogues gallery. This film does a great job of making him despicable and imposing. His scientist, DeSaad, get scenes with Steppenwolf where he gets to be a menacing villain in his own right.

As my friends all know, I'm a pretty huge Batman fan, so getting new material with him is always a bonus. Like Zach Snyder, Ben Affleck has gone through a lot of rough patches in life. This film helps give him the chance to win more respect and admiration from the fans.

Willem Dafoe was originally supposed to be in the 2017 version of the film, but he was cut out. The 2021 version restores his scenes. He plays Vulko, the closest thing Aquaman has to a mentor. His role in this film might be brief, but his interactions with Aquaman help give Aquaman's backstory more development. Jeremy Irons gets to show off more of his charm in additional scenes as Alfred Pennyworth. Amber Heard's Mera gets new scenes showing off her strength. Amy Adams is given a few more scenes as Lois Lane where she gets to be a very sympathetic character and an essential part of Superman's life. She has some sweet scenes with a police officer played by Marc McClure, the actor who played Jimmy Olsen in Christopher Reeve's Superman films.

The Joker wasn't originally supposed to be in the film, but after Zach Snyder got the chance to film some new material, he added Jared Leto's Joker into the film. Joker's role in the film doesn't really have anything to do with the main story, but hardcore fans of the character are likely going to get chills and goosebumps from his interactions with Batman. Jesse Eisenberg's Lex Luthor also makes a small, but very intriguing role.

A couple of other superheroes, who weren't in the 2017 version, get introductions in this film. Without giving too much away, these new characters aren't a prominent part of the story, but this film does give them some pretty interesting introductions. There's also a few other villains who get surprise cameos.

Zach Snyder is known for doing a fantastic job when it comes to visuals. His Justice League film continues his impressive legacy. The film is a work of art. Due to all the production issues, there wasn't enough time to make the CGI look perfect. However, I don't mind that. There's a certain Justice League member, that wasn't in the original cut, that shows up in this film. The CGI for this character has been mocked, but given the circumstances, I think it looks very good.

Zach Snyder's Justice League features a lot of new designs that weren't in the original cut of the film. The fans heard that Superman would get a new costume in Justice League. However, his new costume was nowhere to be seen in the 2017 film. Thankfully, the 2021 film gives Superman plenty of scenes in his new costume. The costume looks similar to his classic red and blue costume, but this time, it's black. That might sound like an attempt at making Superman darker and edgier, but without spoiling anything, I can confirm that the black costume has an important purpose and doesn't just exist to be cool.

A common complaint from the 2017 film was the design of the main villain, Steppenwolf. I liked Steppenwolf's design, but a lot of people thought that he looked more like a video game character than a movie character. The 2021 film gives Steppenwolf a new design that looks far different. It's a design that makes him look more threatening, while also making him seem more expressive and emotional. Darkseid was cut out of the 2017 film, so fans have been waiting a long time to see his design in this film. I can assure everyone that it was worth the wait. Darkseid was created by Jack Kirby, one of the most important and creative people in the comics industry. The makers of this film did a masterful job at re-creating Darkseid in CGI. They say nothing can be perfect, but I'd argue that Darkseid's design in this film is about as close to perfect as humanly possible.

Zach Snyder's Justice League, which was made in dedication to Zach's daughter, is a film that's full of heart and passion. Although I enjoyed the 2017 film, the film made the Justice League look like jokes in the eyes of the fans. Zach Snyder's Justice League gives the fans what they have been wanting. Although it's undeniably long, it's an exciting, emotional and unique film that takes DC's superheroes and villains to new heights of quality. If you are a fan of Batman, Superman, Wonder Woman, Flash, Aquaman, Cyborg and their enemies, I can't recommend this film enough.
rakshasa and DarkSarcasm like this
DarkSarcasm [i]There's so much new material that the 2021 version of the film could almost be considered a brand-new film.[/i] It is though. Whedon re-shot close to 75% of it. Ray Fisher (Cyborg) said in an interview the other day that only one scene he shot with Snyder made it into the 2017 movie. You make an interesting point about Steppenwolf being an unsympathetic character. Now that you've got me thinking about it, he kinda is. He just wanted to go home. I'm still mad about what he did to the Amazons (I get unreasonably upset whenever an Amazon falls) but this version does make him [i]almost[/i] sympathetic. Great review, thanks for sharing! =D
whatsupbugs You're welcome. There's a lot of things about the film I didn't cover, but I didn't want to give spoilers. I'll say that all 6 members of the Justice League get strong moments to shine, and the same can be said for Steppenwolf and nearly every supporting characters. 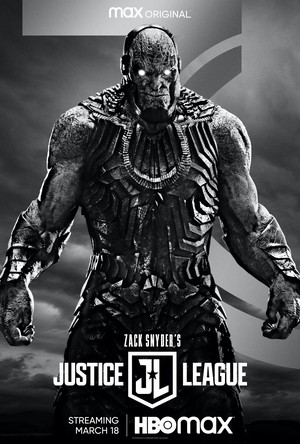 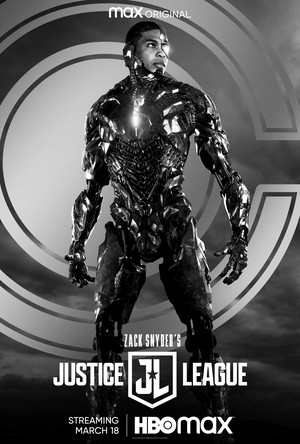 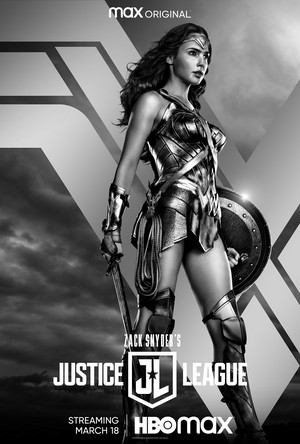 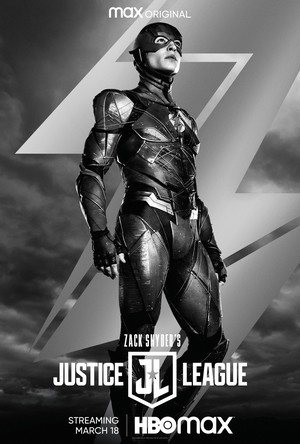 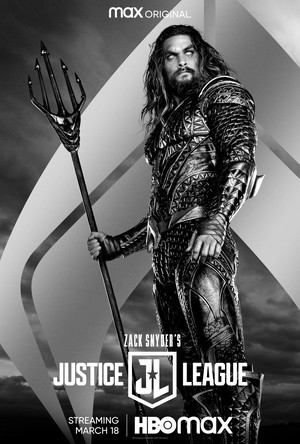 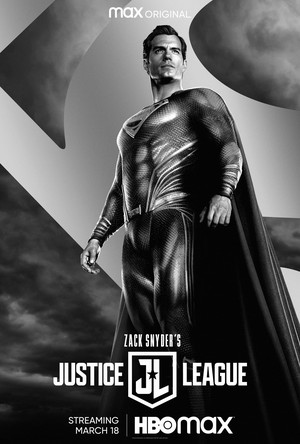 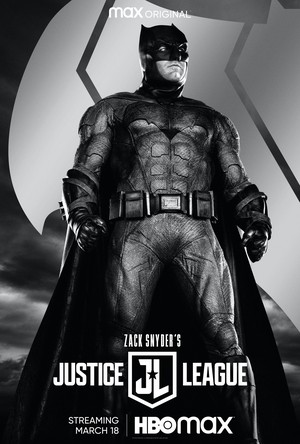 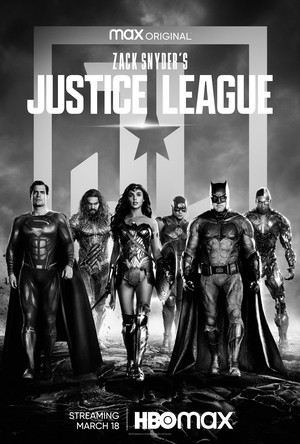 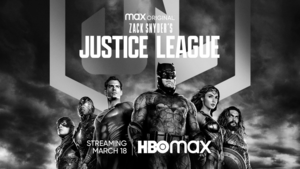 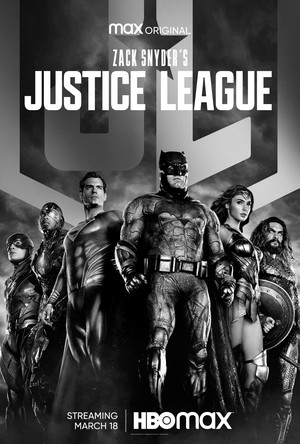 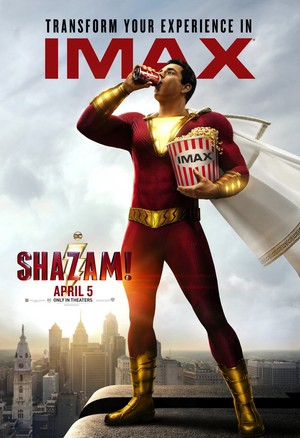 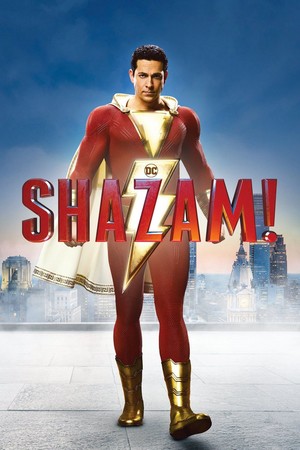 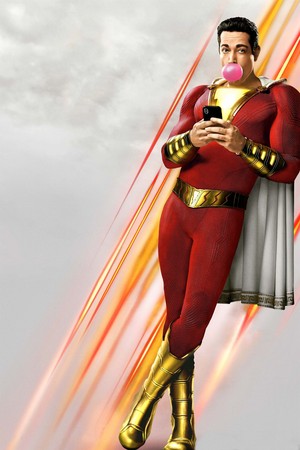 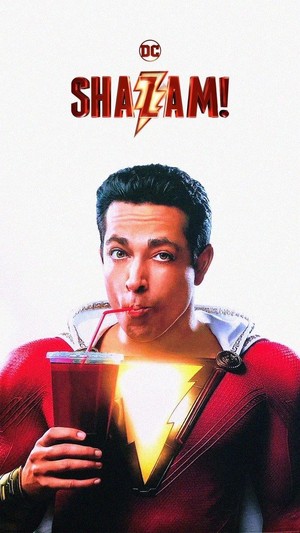 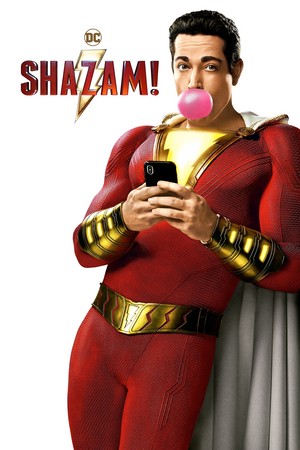 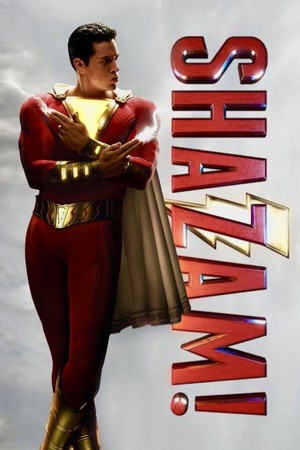 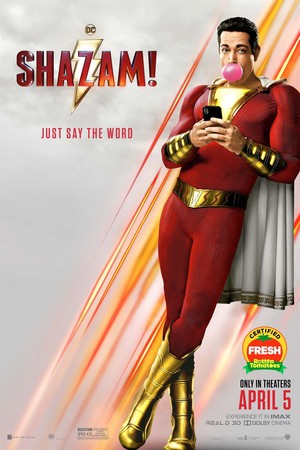 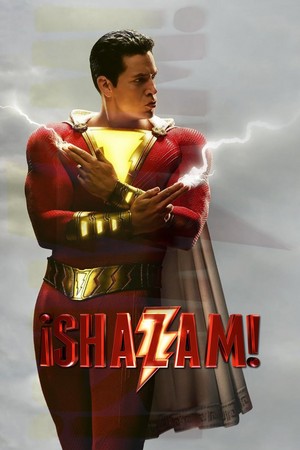