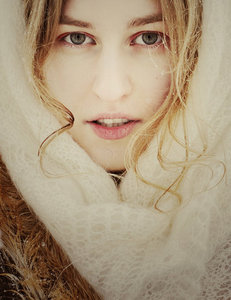 The walls are illuminated by one small candle. Xander lies on his back staring at the ceiling above him. The shadows of both him and his novel crazed companion Josh dance upon the walls. The room is silent for a moment until Xander sighs heavily and turns to his side.

“What’s wrong, Xan?” Josh questions, only glancing away from his book for a split moment.

Josh groaned in annoyance and practically threw his book aside.

“Look, you really need to elaborate on what you say! Who knows what-”
“My prisoner!” Xander grunted. “She knows I’m a wizard-”
“See,” Josh interrupted. “Now was that so hard to say-”

Xander rose furiously from his cot. “This is serious!”

Josh watched as Xander paced in a small circle in the middle of the room. “Well what do you suppose we do about this?”

Josh opened his mouth to say something, but was cut off when the door to their quarter opened. An older man dressed nicely in uniform stood at the door.

“Mr. Kriechen,” the man spoke. Xander and Josh exchanged looks.
“Yes sergeant?” Xander replied.
“You are needed at cell 102-”
Xander shook his head. “That’s not my prisoner-”
“I don’t give a damn if it’s not your prisoner, boy!” The sergeant snapped. “Martha Benet needs someone with her!”
“Martha? I thought Camille was with her?”
“She is, but there are complications…”
Rolling his eyes and sighing regretfully, Xander followed the sergeant out of the room, closing the door behind him. Josh picked up his book and brushed off the cover.
“Finally,” he sighed heavily, “some peace and quiet.” He opened the book and read, something he’ll be doing for the rest of the night.

The next morning was a dreary one. It was now the first of November and everything suddenly got colder. Xander walked slowly down the hallway with slumped shoulders. He had to pass by her cell…He hoped she was still asleep. His wish had not come true of course, for as he came closer to the cell, he saw Anastasia gripping the bars.

“Why hello, stranger. Lovely weather we’re having ain’t it-” The woman stops mid sentence as she notices the condition of her guard. His eyes are darkly rimmed around the edges, dried blood covers his hands and shirt, and his expression…It’s that of the loneliest child in the world.

“What happened to you, deary?” Anastasia gasps. “I’ve never seen ya so glum….Or…bloody.” Xander doesn’t reply, he just looks down at his feet. Anastasia sighs sadly and looks down at Xander’s hands.

“Talk to me,” she says quietly as she slid a hand through the bars and gripped Xander’s bloody hand. For the weather being as cold as it was, his hand was rather warm.

“The kid was a stillborn…It didn’t make it…” Xander’s tone was as casual as if he were discussing the weather. His dark eyes graze the floor again.

With that one word being said, she watches her guard collapse to his knees. His shoulders shook rapidly. Anastasia sighed sadly as she knelt down on her knees at his level.

“There…there was so much blood, An..” Xander choked, burying his head in his hands.

“I know, darling,” she cooed soothingly, stroking his arms through the bars. “But there was nothing you could do-”

“I could have been less stubborn!”
“You weren’t being stubborn! I wouldn’t want to be bothered in the middle of the night, either!” She tried to convince him, but Xander only shook his head.

“If I would have just listened and went sooner…The kid could have had a chance.” Anastasia merely shook her head at this comment. What didn’t he understand?

“A chance at what?” Anastasia asks. “This is a prison, not a hospital! The child would have probably died anyway..”

His shoulders seized from shaking, his breathing returned to normal, and his gaze finally met hers. She was right…The child would have died, or worse. The mother would have died, leaving the baby no one to care for it. No one for it to call “mother”. Xander couldn’t imagine a more terrible life. He coughed softly, blinking the final tears from his red eyes.
“Thank you,” he said softly as he stood. As his fingers slipped away from hers, Anastasia felt something more leaving her presence. The warmth…And protection. They stared at each other for a few moments (which felt like hours to Anastasia) without saying a word.
“It’s getting late,” Xander finally pointed out. “You should be getting sleep..As should I..” Anastasia nodded, a slight smile playing on her lips. Her guard nodded curtly and walked away. Sleep however, didn’t come easy for Anastasia. She had realized something that haunted her through the night. She had fallen in love with him…And she knew the to him, she was just a prisoner he was meant to guard. But to her, he wasn’t just a guard, he was something more.

The next morning had come quickly for Xander. He slept well from the exhaustion of the event that occurred the night before. Joshua left Xander alone for once. He must’ve heard what had happened before he returned, and found it best not to discuss anything. When he woke, Xander immediately put on his work clothes and hurried to her cell.
“Oh you’re a pretty little thing, aren’t ya?”

Xander heard her voice before he even arrived at the cell. What was she talking about?

“I really do feel sorry for ya…I do..I would help but, I’m trapped here too.”

When he got to her cell, Anastasia was in fact talking to something. A drawing. Beside her, was a rock that was worn down from being scratched against the brick wall of the cell. Xander’s lips curled upwards into a small smirk, he wanted to laugh at what he saw, but he had a feeling it had meaning. There on the wall, was a drawing of a birdcage. A birdcage with a bird inside, trying to escape.

“How long did that take you?”

Anastaia jumped and whirled around to face Xander. “Oh, I’m sorry,” she gasped, clutching a hand to her chest, “You gave me a fright.”

“Please, accept my apologies. I didn’t mean to scare you.”
Anastasia smiles softly. “It’s alright, dear. And it took me most of the night to work on this.” She looked at the picture, proud of what she was able to accomplish.

“Did you not sleep?” Xander asked, a bit of worry lacing his voice. Anastasia smiled at his concern.
“No, I didn’t sleep too well. But that doesn’t matter. I kept myself occupied.”

Xander looked at the wall and it made him think of something. His mother had given him a small present one year for Christmas that he had played with always.
“I wonder if I still have it,” he said aloud.

“What?” Anastasia asked, her curiosity showing through her eyes.

“It’s something that my mother gave to me ask a boy…I think you’d like it.” Xander dug in his pockets, knowing the gift wouldn’t be there but checked just in case. “I’ll be right back,” he added and before Anastasia could reply, he was running down the corridor.

He finally returned about an hour with a set of keys in one hand, holding his other hand behind his back.

“It took you that long?” The woman asked, a playful grin etched upon her lips.
Xander nodded and unlocked her cell, closing it behind him a he entered. “Yes it did. I finally found it in a book I’ve read..” He held out his hand, revealing a circular piece of paper wit to strings attached to either end.

“What is it?” Anastasia asked, like a curious child.
Xander looked at the picture on the wall and back to the small gift. “This is where optics comes into play,” he said. “On one side we have a lone bird spreading its wings. On the other side of the circle, and empty cage.” Xander twirled the two strinds between his fingers, making the circular paper spin.

Anatasia gasped as the two pictures formed on picture. “It’s a bird in a cage,” she said breathlessly. “It’s beautiful…” Xander grinned slightly, at her reaction.

“Why did you draw that?” He asks, as his gaze lifts from the object in his hand to the wall. Anastasia admires her work too.
“I don’t know…” Her eyes focus on the bird crying out for help. Crying out for it’s freedom. “I- I feel like I’m the bird…”

Xander frowns. He knows what she’s talking about and he can’t blame her, she was in prison after all.

“I don’t like it in here,” the woman finally whispers after moments of silence. “It’s very crowded-”
“Too crowded…”
Anastasia looks up at the guard. His eyes are harsh as he stares at the wall. She doesn't believe that he is angry with her, however.
"Too long," He mutters lowly, "People have been suffering through the bullshit of this place for too long.."
"Well, there's really nothing you can do about that, darling," Anastasia said, gazing over at him. Xander turns his head too look at her.
"What if there was something I could do?" He questioned a he walked closer to her. "What if I could help someone?"
The woman looks at him questioningly. "And who do you expect to be helping?"
He looked deep into her eyes, total seriousness showing in his own. "What if I could help you?" 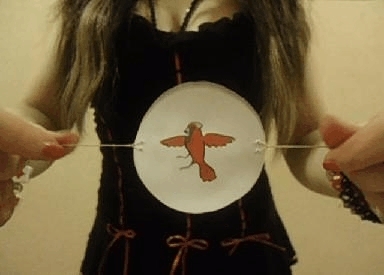 KateKicksAss likes this
Xander-Kriechen Sorry this took so long to post :S I went through a bit of writers block to be perfectly honest. I hope that if you guys do read this, you like it.
KateKicksAss Keep going! It's really good so far. Can't wait to read more! The only thing i noticed was that you switched tenses a few times, but that doesn't affect how good the story is :)
Xander-Kriechen Yeah I noticed that too after I posted it lol :P but thanks! I should be able to fit like one more chapter in depending on how long it takes me. 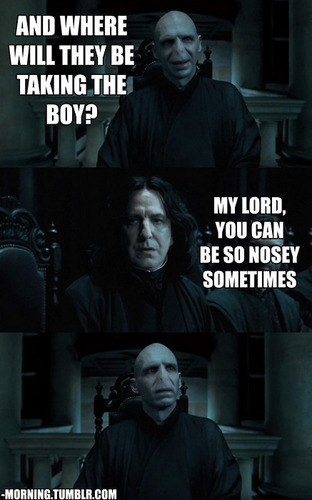 1
Voldemort LOLs
added by KateKicksAss
The Chain (Based off of The Chain by Three Days Grace)
posted by Lenzetta-Lovett
The sun bleeds across the horizon. He strokes her back gently as the first glimpse of light becomes present in the sky. When the sun shows its full bloom, she turns to him. Her deep eyes gazing into his own, a smile etched on her face.

Listen to the wind blow
Watch the sun rise…

He knows it isn’t true, but Bellatrix black was a fantastic actress. Yes, Rodolphus knows it’s not true, the love is fake. It’s only a lust for power. But does he protest? No. He accepts it. He feels that he must find...
continue reading... 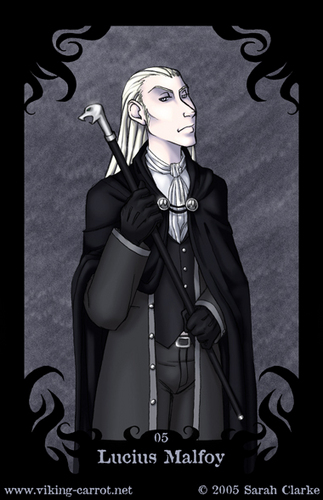 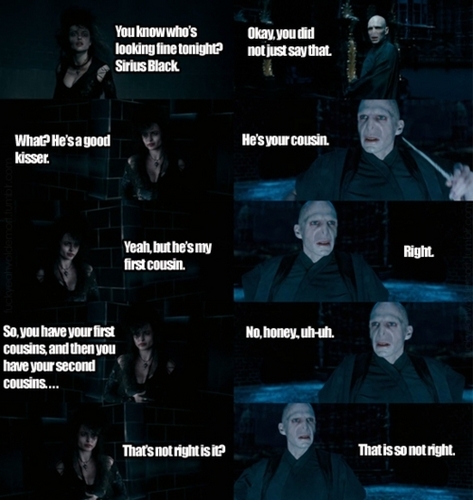 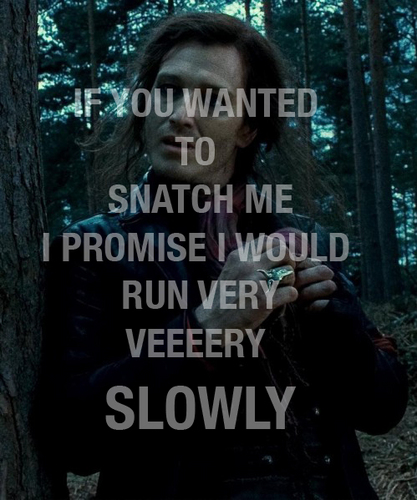 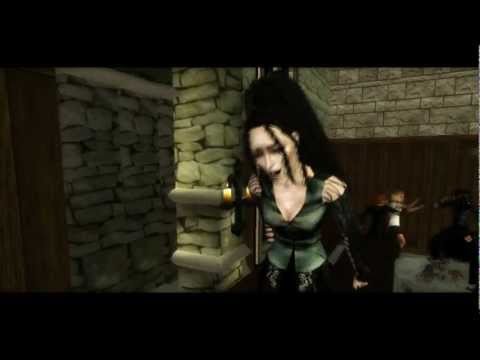 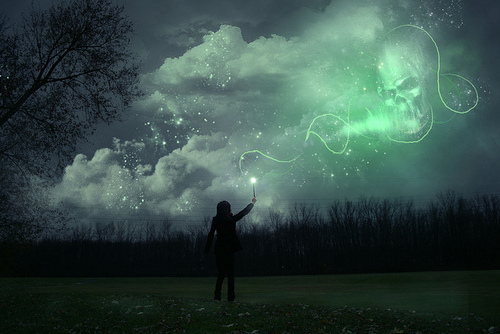 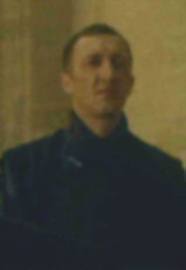 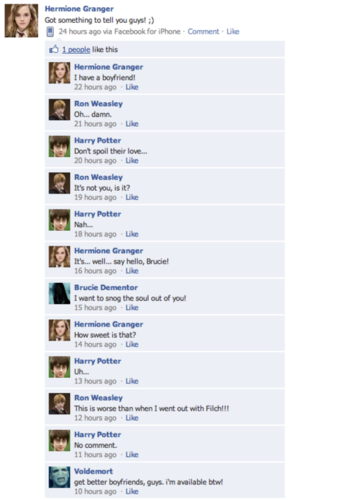 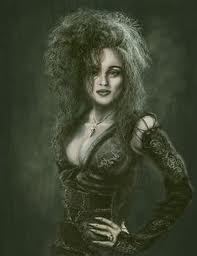 1
Funny!!
added by Lenzetta-Lovett
Source: we heart it 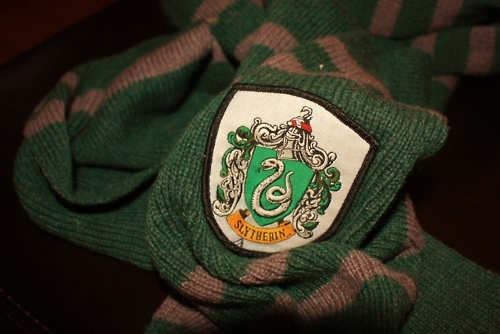 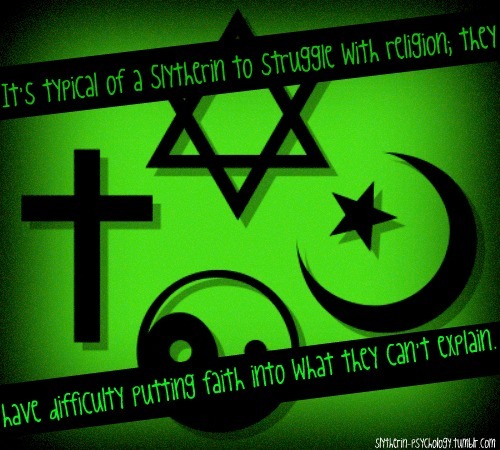 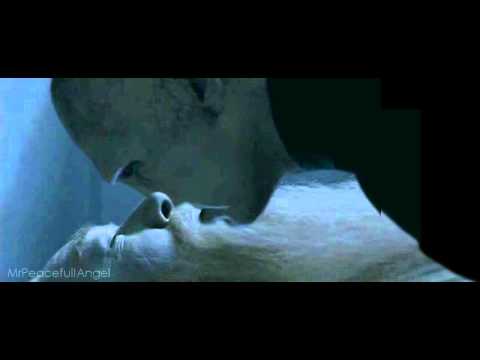 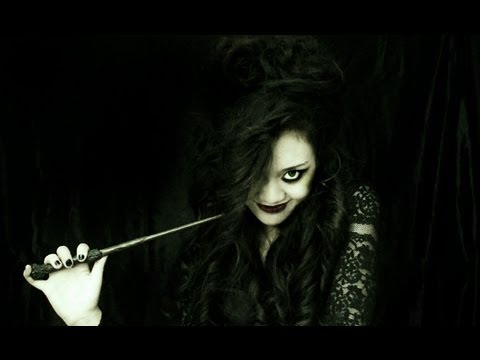 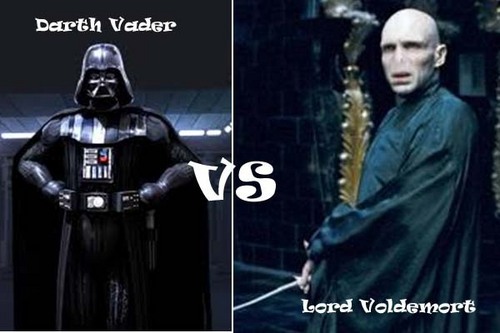