4
Chocolate Dissapears.
posted by UchihaYuki
“Where the crap is my chocolate!?!?” Mello said loudly as he ran up and down the HQ hall where He, Lace, Matt, Myss, Yuki and Near where staying.
“Shut up will ya Mello?, I can’t hear my new Naruto game, and I have the volume on high, so just Shut up!
And go ask Lace about your chocolate, she always has some..” Matt said as he grabbed a cigarette and stuck it in his mouth, then Myss came out of her and Matt’s bathroom and walked up to him, snatched the cigarette out of his mouth and gave him a dirty look “Matt, I told you those things are bad for your lungs, here have a pocky instead.” she said as she sat down beside him, he put his arm around her still playing his game and kissed her, she looked at mello running out of their room then looked up to him and said “What’s his deal, I can’t hear my self clearly enough to put my makeup on..” Matt grinned and said “He are all of his chocolate, and Babe, you look beautiful enough without makeup.” She blushed and snuggled up to him.
Mello ran to his and Lace’s room, Lace was laying on her bed with Yuki next to her and they where ‘Ohhing and Ahhing’ and swooning over a Twilight magazine.
Melo ran to Lace’s purse and started picking threw it trying to find chocolate.
Lace and Yuki looked up from their magazine, then Lace got up and walked over to Mello who was still trying to find chocolate, “Mel, there’s no chocolate in my purse, you already ate all that yesterday, remember?” She said sweetly into his ear as she came up behind him, he shrugged his shoulders then turned around to face Lace.
“Dammit! Isn’t there any damn chocolate on this building?!” Mello said loudly, falling back onto his bed.
Yuki put her book down that she had started reading and sat up next to Lace and said softly
“I have some chocolate, Mello…..”
Mello sat up and looked excitedly at Yuki
“Really?!” He said getting up and standing right in front of her, his face close to hers.
“Yes.” Yuki said calmly getting up and gently pushing him out of her way, “I’ll be right back.”
She said as she walked out of the room.
Mello fell back into his chair next to his bed and pulled Lace who was getting up off the bed to walk over to him onto his lap and kissed her passionately.
After a couple minutes Yuki came back into the room with a big bag of chocolate in her hand.
Mello’s eyes lit up as he saw the bag in her hands, Lace turned and saw his face and knew what he was gonna do so she got up and stepped aside just as soon as Mello bolted out of the chair and ran over to Yuk and almost jumped on her, she held out the bag and he grabbed it vigorously and ran back to his chair, once again flopping back into it, he took out a big chocolate bar unwrapped it and took a huge bite out of it, he chewed a second then his eyes got big and he immediately spit the chocolate out, “Ugh! What the crap is this stuff Yuki, cause it sure as hell isn’t chocolate!” he said trying to get the taste out of his mouth.
Yuki smiled sheepishly at him then said quietly “Oh, sorry Mel.. There’s some sugar free stuff in there because I was trying to get Near to eat something other then plastic… but believe me there is real sugar chocolate in there.” then she got up and walked over to him and grabbed another chocolate bar out, opened it and handed it to him. “Here take a bite, this is the real stuff” she said sweetly holding it out for him.
He took a big bite out of it and his eyes softened and he grinned.
“Mm, nomm nmm ahh” he mumbled.
Yuki rolled her eyes and said sarcastically “I’ll take that as a ’Thank You’ ”
“nomm uhmm mmmm” he mumbled again taking another huge bite of the chocolate bar.
Yuki and Lace laughed at the sounds Mello was making, then Yuki grabbed her bag and her book and said
“C’mon Lace let’s go to my room, and leave Mello to his chocolate.”
“Kay, just let me get my drawing book and my cell phone.”
Lace got her things, got up and her and Yuki linked arms and skipped out of the room,
Leaving Mello and his ’nomm, mmm, yummmmmm’ noises behind.
gelele, yumei_neko_ and 2 others like this 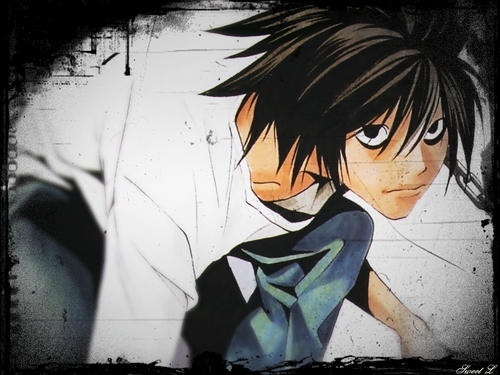 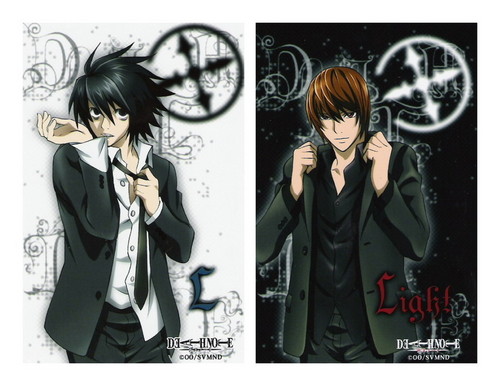 3
Near, Light and L
added by MrsLawliet
Source: to Google 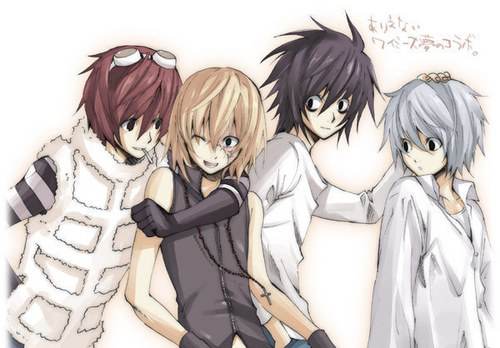 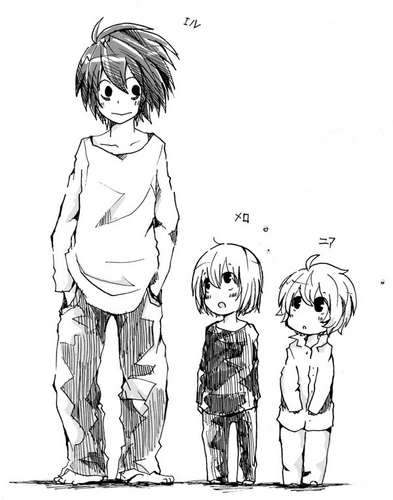 4
L, Mello, and Near
added by pumpkinqueen
Source: photobucket 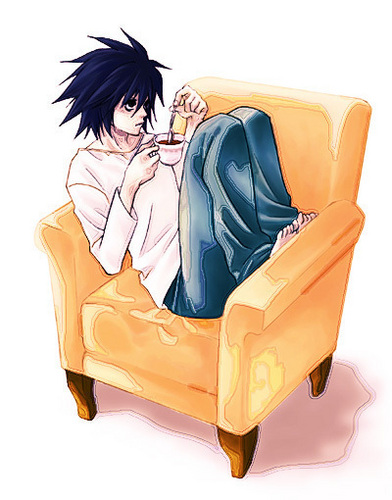 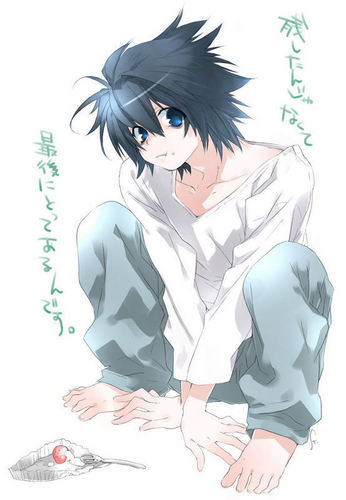 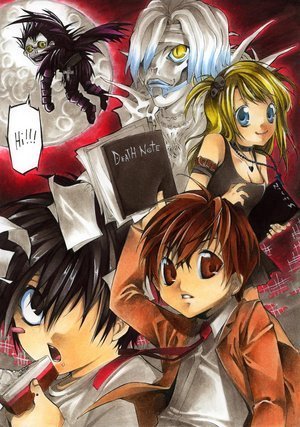 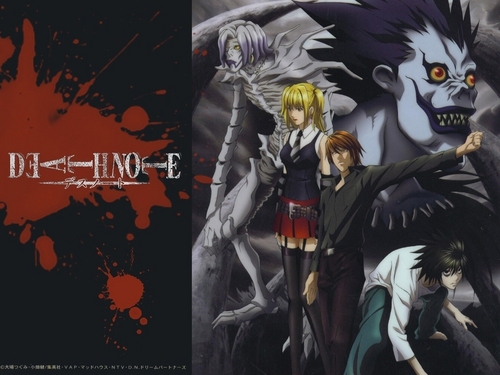 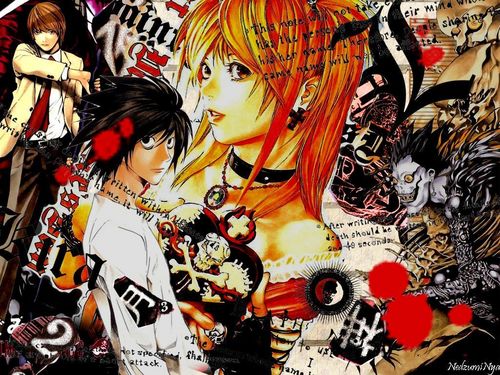 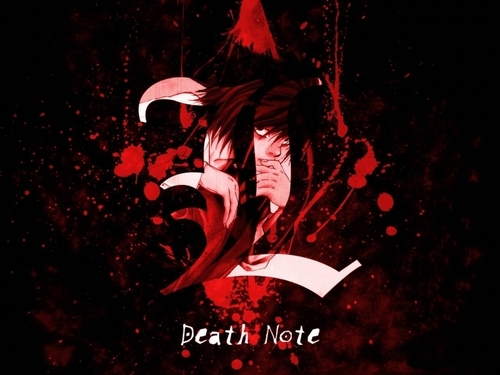 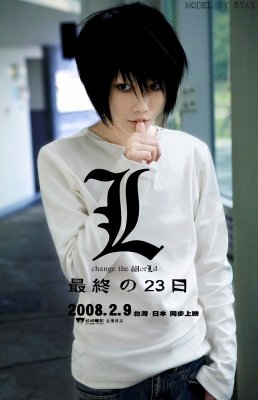 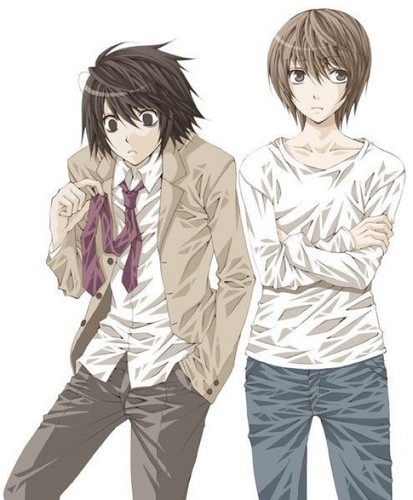 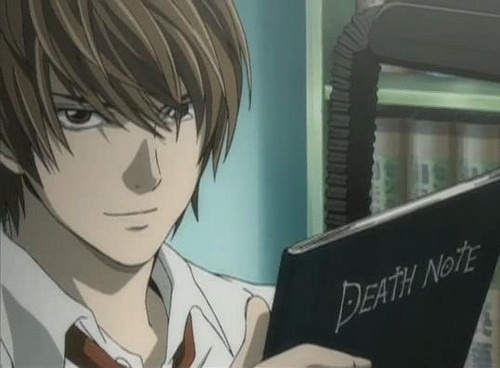 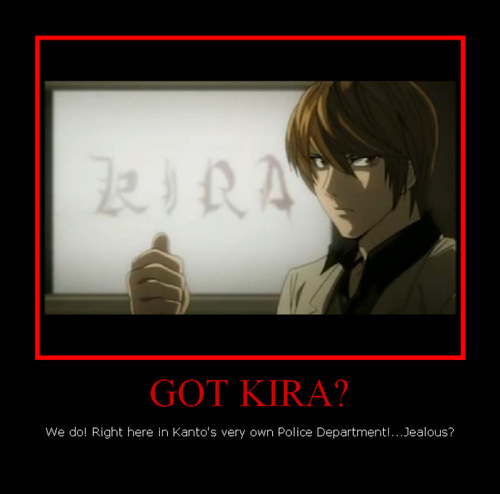 3
Got Kira?
added by Lawli-gagger 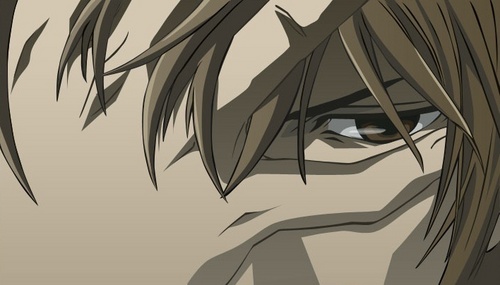 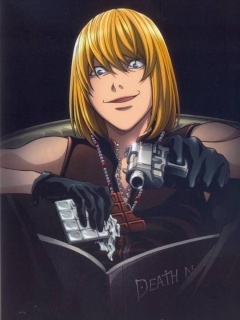 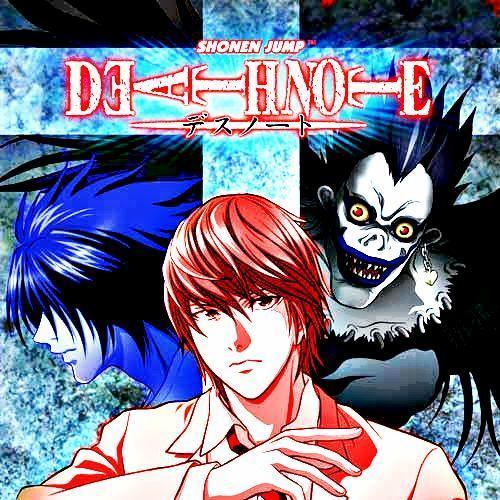 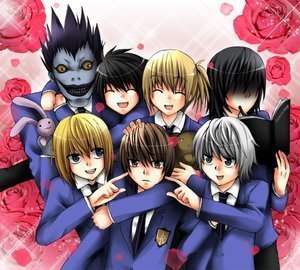 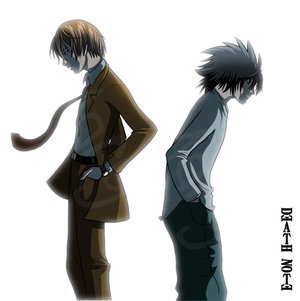