Here's a list of parallels I've come up with so far:

1) Both Caroline and Elena pretty much hated, or disliked, Tyler and Damon at the start.

2) Both Tyler and Damon pretty much started as villains, but were really just heroes in villains' clothing.

3) Both couples became friends before the romantic undertones developed.

4) Both Tyler and Damon stepped aside for their main romantic rival (Matt and Stefan). In Tyler's case, it was S2 when he left Mystic Falls and left a note for Matt saying Caroline needed him and deserves to be happy.

In Damon's case, it was Season 2, ep. 8, when he told Elena he loved her, couldn't be selfish with her, and that he didn't deserve her but Stefan did.

Tyler and Damon didn't romantically pursue Caroline and Elena for the rest of S2. They backed off.

5) Both Tyler and Damon grew very close to Caroline and Elena over the summer between S2 and S3. The friendships between them grew even stronger.

7) Matt/Caroline had issues to begin with, but they no longer worked as a couple after Caroline became a vampire. It didn't change who she is at the core but she was able to relate to Tyler in a way that she couldn't before, and she could no longer relate to Matt. T/C understood each other.

Elena's now a vampire. Elena's outlook on things is not going to be the same as it was when she was human. She will also relate to Damon in a way that she couldn't when she was human. Human Elena could never understand the desire to kill and feed before, and the urges vampires have to deal with. She will now, just like Caroline did. She'll have her own learning curve to go through.

There's also tons of parallels within the same episodes for these two couples. Just to name a few:

Ep. 2.22: Both had scenes in which they held each other. Elena was comforting Damon and crying, holding him as he died. Tyler was comforting Caroline while she cried over Matt dumping her again.

Ep.3.03 Marriage symbols hidden in the episode for both. This was a Stefan/Klaus/Rebekah flashback episode, but there were moments for both Delena and Forwood.

There was a marriage symbol (two perfectly intertwined circles) on the book next to the bed. The camera panned over it as it went into the Damon/Elena bed scene in this episode with Elena waking up next to Damon.

Tyler also rescued Caroline, and got down on one knee and slipped her day-walking ring on her finger.

Both in the same episode. I thought this was obviously very deliberate.

Ep. 3.19 A huge episode for both couples. Both ran to each other and kissed. It was a big reunion of sorts for both of them.

******I'm sure there are more, in fact I know there is, but as I find them I'll add them into the article, or if anyone else can think of any episode parallels (within the same episode) then let me know, and I'll credit you.

Basically, I think they are headed on similar journeys. Delena, because it's part of the main love triangle, has to be stretched out longer. But it still has a very similar setup.

Which is why I think S4 is it guys. It's the season we're going to see the big lead up to Delena finally happening, especially now that Elena will remember everything that Damon compelled her to forget, including meeting him first along the road the night her parents died. Of course, Elena will stay with Stefan for a while because she would not just leap from Stefan to Damon because of what she remembers, that's not Elena. She's loyal. But it will make it that much harder for her to deny what she feels for Damon and to stay away from him. It's all building, slowly but surely.


I predict 5.01 will be Delena's first time, or the beginning of S5. (which would be another parallel, to Forwood, as they got together in 3.01). But before that I'm guessing we'll get an epic Delena finale in 4.22. 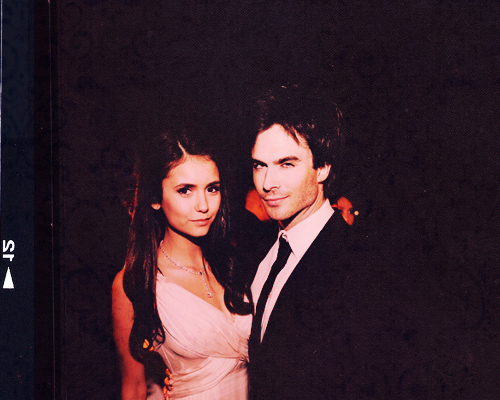 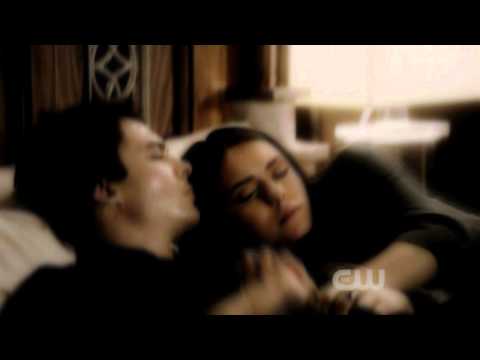 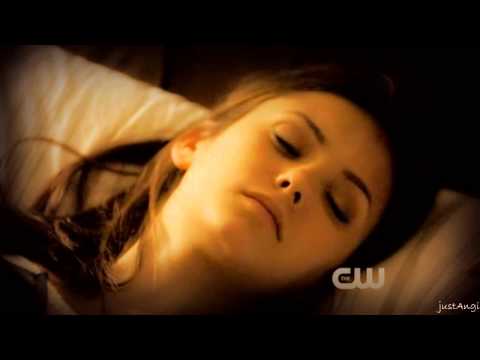 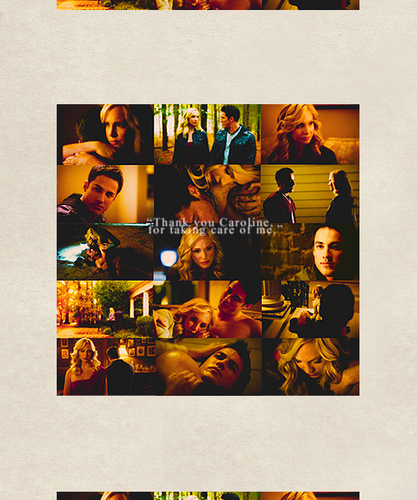 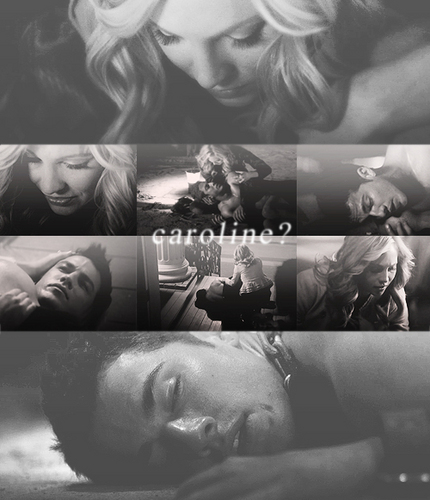 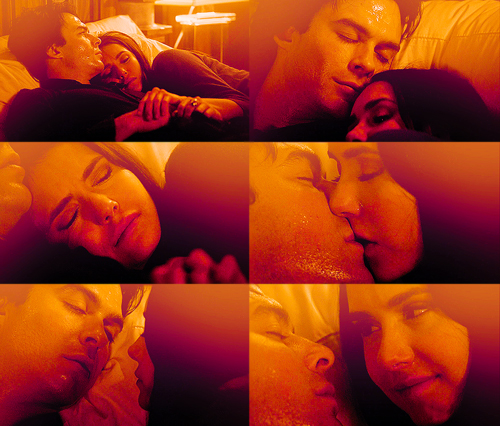 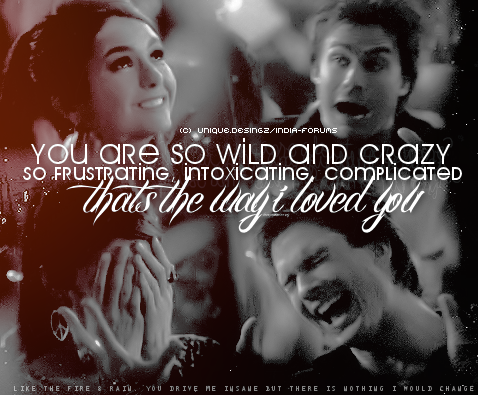 1
The dance
added by Aubreykarew
Source: India forums; i dont own 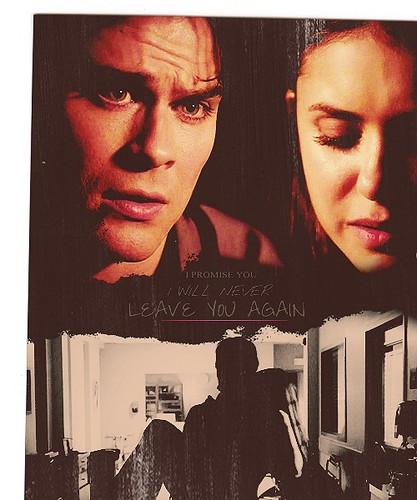 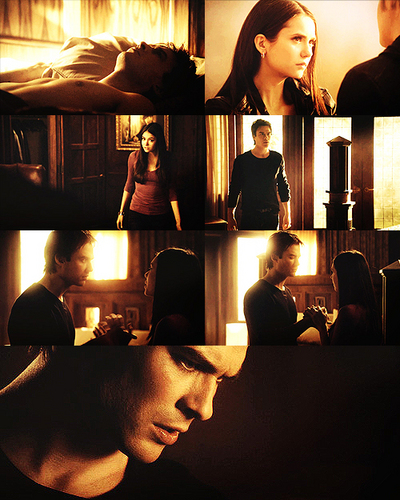 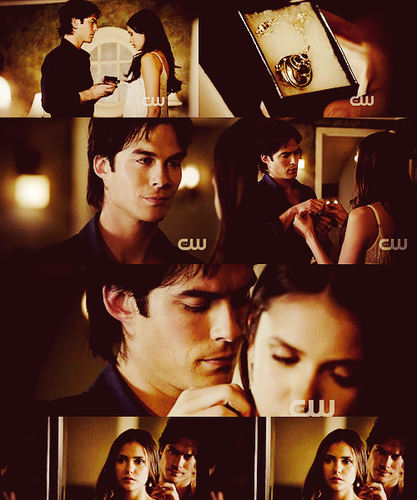 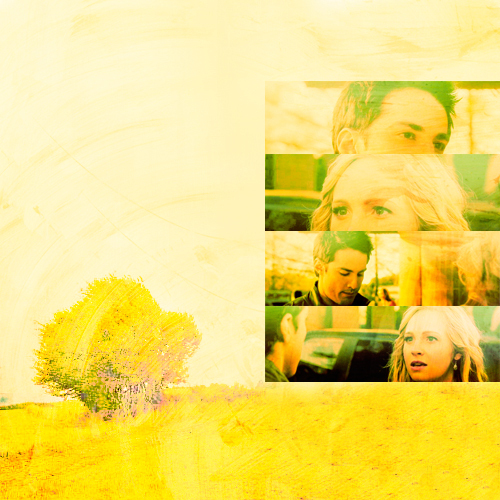