Gadgets
Wristwatch Flashlight
Card Gun
Anywhere Ball Dispensing Belt
Power-Enhancing Kick Shoes
Hang Glider Cape
Situation
Part 1
Sonoko has decided to introduce Makoto to her parents. But while her father wholly approves of Makoto, especially as he is a fan of martial arts competitions himself, her mother in turn is strictly against a union between her younger daughter, as the prospective heir of the Suzuki Corporation, and an (in her eyes) uneducated, fight-obsessed rapscallion. Just then Sonoko receives a phone call from Ran, who informs her of Kaitou Kid's newest intention of stealing a priceless jewel from his self-declared archnemesis Jirokichi Suzuki. But as she expresses her excitement to her uncle, Makoto hears Sonoko calling Kid by his honoric "-sama" - and becomes highly suspicious about her attention for that notorious master thief...

A little while later, after many concluded simulation runs and scenario calculations, Jirokichi Suzuki has to face the bitter reality that all measures he and his technicians have thought of to apprehend Kaitou Kid will actually be less than sufficicent to prevent the young master thief from taking Jirokichi's latest bait, the Alexandrite Green Emperor.


Thief:    Kaitou Kid
Target:    Green Emperor
Owner:    Jirokichi Suzuki
Location:    Grand Suzuki Museum
Advanced Notice:    I'll get the Green Emperor.
Deeply depressed, Jirokichi considers cancelling the exhibition when a security guard (looking the worse for wear) announces the arrival of Makoto, who has spontaneously given up his return flight and smashed his way to the front of Jirokichi's mansion to request that Jirokichi lets him join the security force guarding the jewel. At first Jirokichi refuses, but when Sonoko calls him up to inquire about Makoto's exact whereabouts, and when Jirokichi learns of Makoto's phenomenal victory record, he swiftly changes his mind about the young man's offer and sends a demonstration video to Superintendent Chaki and Inspector Nakamori. However, amidst the slack-jawed policemen witnessing Makoto's fighting prowess lurks Kaitou Kid in disguise, who merely shows amusement at this new, if unusual challenge.

Later on, as Makoto spends the night in the Suzuki Museum to familiarize himself with the battleground, Tomoko Suzuki shows up and suggests that they enter a bet. At the same time, Sonoko phones the great news of the impending clash between Makoto and Kid to Ran when Kid interrupts her conversation by appearing at her room's balcony - and he also offers her to enter a bet with him...

Part 2
Resolution
Sonoko's mom Tomoko Suzuki had brought special designer-wear from Paris for Sonoko, Ran and herself so that Kid could not impersonate as them since it was known that Kid never strips off a girl and he could not duplicate those special dresses. Kid sends over a hundred letters written in invisible ink addressed to Makoto. As the arrival time of Kid approaches, there is a blackout and the security guards are knocked out with sleeping gas. Sonoko runs to Makoto, who is protecting the jewel by wearing it on his neck, for help. In the candlelight, they notice that the green jewel had gone from his neck and in its place was a fake red jewel. As they are bewildered, Sonoko intends to take the fake jewel off his neck to notify the theft to Jirokichi. 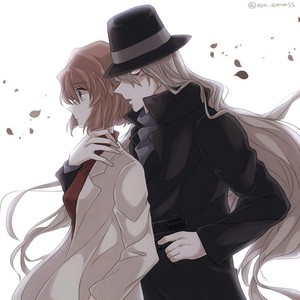 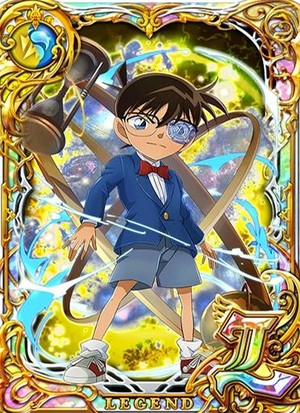 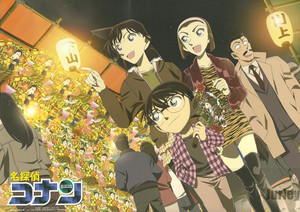 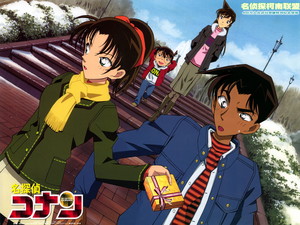 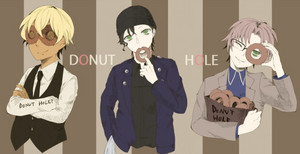 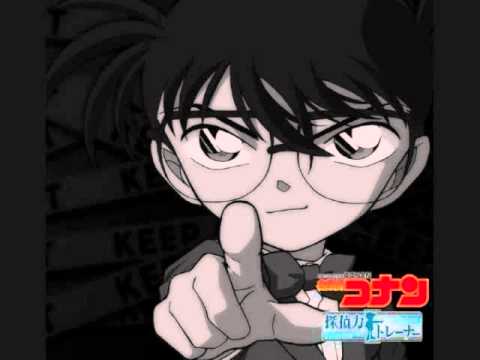