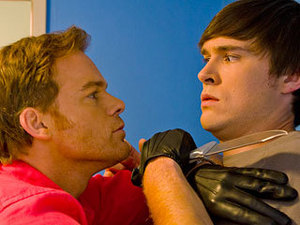 Better? Better. Sunday's Dexter episode was better than recent hours. Zach Hamilton got a personality transplant, Dex bared his booty, and a serial killer who we thought/hoped was dead returned.

This week's episode is titled "Are We There Yet." Some fans have been saying exactly that about the show in recent weeks. And the first half was likewise pretty sleepy. Then four killer characters came together and Dexter got a pulse. Here's 11 things we learned this week, followed by some new theories:

1. Masuka's daughter took the job: Nicki has opted for part-time employment in the Miami Metro. Most people don't know this, but serving buffalo wings topless is exactly the experience a major metropolitan police department requires for scoring a job in its forensics lab. Nicki is also apparently a New Age type, and is worried about all that negative energy floating around in the murder lab. Masuka introduces Dex as the "king of spatter" -- oh, if he only knew!

2. Cassie has Zach Hamilton's blood under her nails: So obviously Dex's Mini Me killed her, right? I love the slyness of this Dex voiceover when he's mulling Cassie's death: "What a waste. He could have had a great future." Not what a waste that his poor neighbor died, but what a waste of great potential serial killer -- very Dexter Morgan, that line. Later, Dex goes home and we get a shot of Cassie's traumatized friend Jaime doing Dexter's laundry. Jeez, Dex, offer your nanny the day off!

3. Quinn is still obsessed with catching Zach: Even after he was told to lay off this case, Quinn is determined to prove Zach is a killer. He says something strange: "You see any of Zach's DNA at crime scene, you let me know." This is sort of an obvious thing to say (finding DNA at a crime scene is Dexter's job) BUT given the revelations later in this hour, could it be a hint that Quinn was the person who planted the blood there? We're probably over-thinking this.

4. Deb shows promise as a Dexter recapper: Deb visits Dex and they fight about Hannah McKay, with Deb wanting a 1-10 scale measurement on how close the woman is to being dead. Dex insists his serial killer ex-girlfriend who just broke into Deb's house and drugged her "isn't a threat." Naturally, Deb is rather skeptical of this claim. "She's using you and you still want to protect her ... you're lying to yourself" and adds "She's a murderer, she needs to be locked up" (a rather ironic statement). But my favorite Deb lines are were when Dex tries to explain Hannah's actions in recent episodes. Deb wants to know: Why would Hannah poison them and leave Dex on the side of the road as a means of asking for help? And why didn't Hannah just have the confidence to kill her husband herself? Deb later rants: "That's what she does! She murders people and gets away with it!" Deb should recap this show since this is pretty much exactly what I wrote last week. It's almost like the writer of this week's Dexter episode is annoyed at having to explain last week's episode.

The honest context of this scene is that Deb is implying that Hannah doesn't have Dexter's best interests at heart and is somehow playing him. But is she just manipulating him to get closer to him or for some other purpose? Perhaps Deb's bringing this up because there's a whole layer to last week's "leave him on the side of the road" stunt that's going to pay off later. Did Hannah do something with Dex while he was unconscious? Again, are we giving the show too much credit, or not enough?

5. Dex and Hannah have a getaway. At the marina, Hannah walks toward Dexter in slow motion like she's in a shampoo ad. I wouldn't be surprised if Yvonne Strahovski can actually slow down time when walking in real life. At a beachside dinner, Hannah compares Dexter to a shellfish, saying he's a bottom-feeder who takes out Miami's trash. He's so smitten she gets away with this.

6. Zach Hamilton gets an extreme personality makeover. "This Zach Hamilton character isn't working. Let's make him into a hyper, spastic funny screw-up instead." / "But he's been a brooding creep for the past several episodes!" / "And...?" / -- That's how I imagine the behind-the-scenes conversation going, but I don't mind. This is the character Zach should have been the entire time.

Here's what happened: Dex tracks Zach down to a plastic-wrapped motel room where there's a new cutlery set on the bed. Looks like Zach went into kill room-modeling overdrive with the tarp and bought knives big enough to slay White Walkers. Dex criticizes the room and starts fixing Zach's mistakes. Harry appears and says, "Better than your first try." Dex replies: "Shut up, ghost dad!" (Okay, Dex didn't say that, but he should have). Zach comes in dressed just like Dexter in a dark knit shirt. Instead of sedating his victim like usual, Dex jams a knife to his throat and demands an explanation for Cassie's death. Zach convincingly explains he didn't kill Cassie and instead was stalking a killer he knows, instinctively following The Code. "What did you think of the room?" Zach says, then looks around. "Did you do something to it?" It's the first of several laughs thanks to New and Improved Zach. Later Dex growls, "Do not 'dude' me." Look, they have chemistry now! (And no, we can't credit this radical change on Zach having a post-kill high, since Harry later notes that Zach is peacefully napping post-kill like Dex used to, and it's not like Zach was acted like this after his previous murder). Zach proudly shows Dex the body in his truck. Sure, the kid screwed up nearly every aspect of the kill room and left a bunch of evidence leading to him, but I'm sure he did due diligence vetting that his victim deserved to be bludgeoned to death... right?

7. Hannah and Deb make-up, sort of: Deb tracks down Hannah and gets the drop on her while she's alone in the motel room. Deb throws cuffs onto the bed and tells Hannah to cuff herself. Now we're talking! Oh wait, Deb just wants to bring Hannah to justice. Damn. Hannah refuses to put on the cuffs and says the only way she'll leave with Deb is if she shoots her. This stumps Deb because apparently she's forgotten how to arrest and cuff somebody herself. Hannah threatens to expose Dex as a serial killer if she's arrested and Deb says, "No one would believe you." Which, as we've seen, is totally accurate. Dex could start stabbing Batista to death and the lieutenant would ask, "Now what is it you wanted to talk to me about?" as he bleeds on the floor.

Hannah tries to explain her actions -- "in extreme situations sometimes people do extreme things" -- which registers with Deb. Suddenly Dexter bursts in -- awkward. Then Zach bursts in -- more awkward. The single funniest exchange this season is Deb to Zach: "Who the f--k are you?" and Zach replying: "Who the f--k are you?" Again, I can't believe I'm praising Zach Hamilton, the Poochy of Dexter season 8, but the character was clicking for me this week. Later, as they're driving back, with Dexter and Hannah in the front and eager young Zach in the back, the kid asks, "Are we there yet?" Dex and Hannah exchange a look. It's a fun moment: they're a serial killer family.

8. Another Dr. Vogel secret hint: Dex, Hannah and Zach have dinner at Dr. Frankenstein's house. Hannah asks Vogel what got her interested in serial killers in the first place and she says, "an incident long ago that I won't bore you with." Okay, I'm not sure whether a lot of various plot points in Dexter eventually pay off, but I'm pretty certain this is a neon-sign flashing HINT. We also know she was previously married to a doctor and he died. Hmm. Dex brings up how he's still troubled by Cassie's murder, apparently the killer put something sharp under Zach's car door handle to get a blood sample to frame him. "I doubt it's anything this table can't handle," Vogel says proudly. Yes, they're like The Avengers of Miami vigilantes.

9. Deb is thinking about starring in the Dexter spin-off returning to law enforcement: Deb gets so frustrated with Hannah wooing her brother, she gives Elway a whiff of fugitive Hannah's trail. Finally, a plot that Elway can get involved in! She later gets out her old uniform and tells Elway she's considering quitting. At least have some homemade electrolytes and think about it, first.

10. Hannah isn't leaving Miami: Dex drops Hannah off at her hotel room and they blather to increase sexual tension. Once they start making out, my inner 13-year-old is thinking: Bet they won't show her naked. And they don't. Instead, they show Dexter butt, which shocks me for a wonkish reporter-y reason -- usually cable series stars get naked in the first couple seasons until they renegotiate their contracts and then start refusing to shed their clothes. Dex flips over a couple more times, showing his butt from more angles. And-- whoa! Dex has sex naked except for dark socks? Yikes, is he the Eliot Spitzer of sexy serial killers? The next morning Dex asks Hannah to stay in Miami and she does. That's a great idea! I'm sure it will work out.

My theories having not seen beyond this episode or even next week's preview:

1. Here's my stab at Vogel's secret: One of Dexter's earliest victims was Dr. Vogel's husband ... that's not a bad theory, right? But ideally the secret should impact the action moving forward and I'm unsure how that would -- unless Dr. Vogel is also the brain surgeon and Dexter is her ultimate target. Or: Is her supposedly dead husband the brain surgeon? Ahhh, that could be it -- he was a doctor, after all, and there could be all sorts of reasons he'd have a grudge against his ex-wife. But at this point in the season, wouldn't the brain surgeon be a character we've already met?

2. Brain surgeon theory. The easiest candidate is Cassie's boyfriend since we don't know anything about him. Deb? ... I mean ... the Brain Surgeon is killing serial killers, true, but is also about tormenting Dr. Vogel, and Deb was in her motel-sex-coke spiral when all this started and didn't know Vogel yet. Quinn? Masuka? Matthews? Batista? Nope, not unless we've been wildly misled about their characters. Elway? Again, no connection with Vogel and wildly out of character. Somebody from a previous season? It would be hilarious if it was Lumen ... but not in a good way. Which leaves Dr. Vogel. Maybe her first victim was her husband and all those brain pieces are her trophies. I previously dismissed the idea it might be Vogel because that solution seemed to have more plot holes than rage-filled Yates being the killer: Why would she put boxes on her own doorstep and then look surprised to find them when nobody was around? Why would she presumably manipulate Yates into violently kidnapping her, when he came so close to killing her and Dexter barely found her in time? The only motive she'd have for killing Zach Hamilton, who she nurtured and embraced The Code, is if everything she's previously said about the value of teaching The Code is utter b.s. ... and if that's the case, then pretty much everything she's said and done this season is in contradiction to her being the brain surgeon. So I'm going with Vogel's husband, Cassie's boyfriend or, long shot, Vogel herself.
lauraxoxo likes this 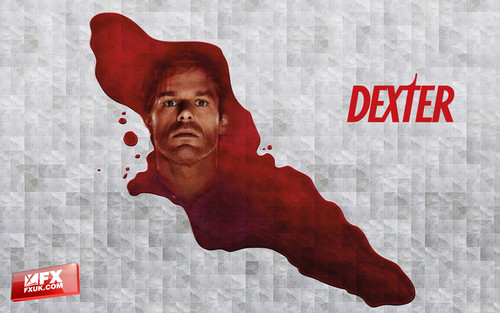 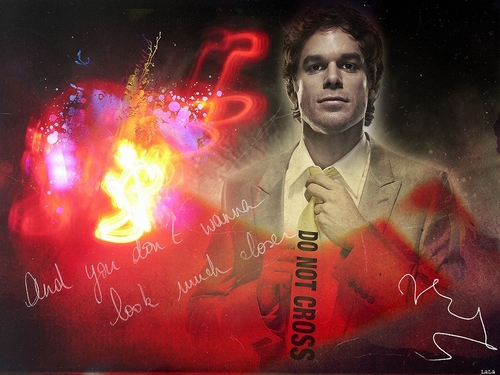 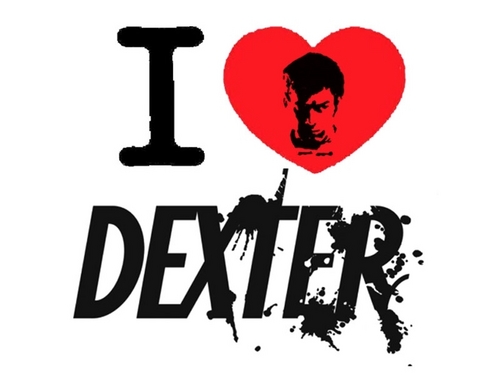 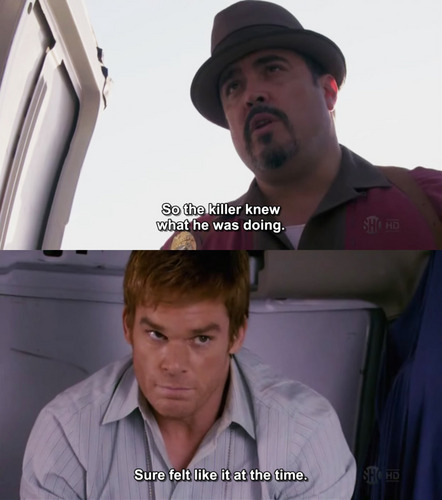 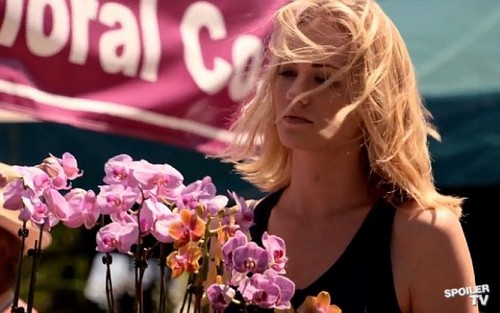 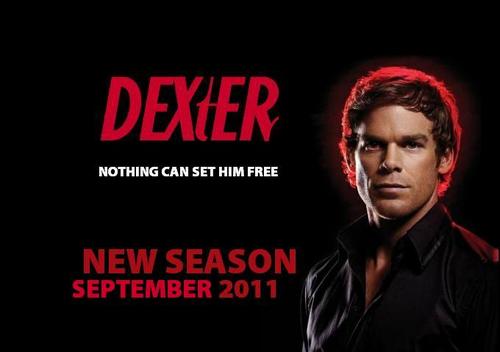 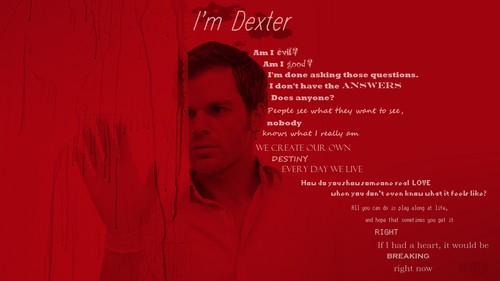 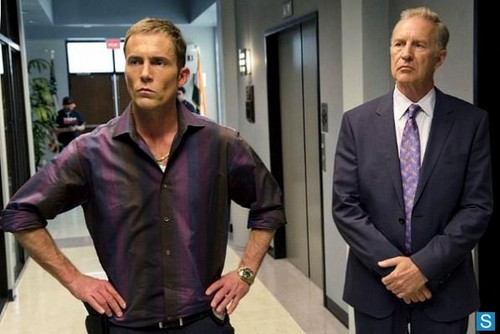 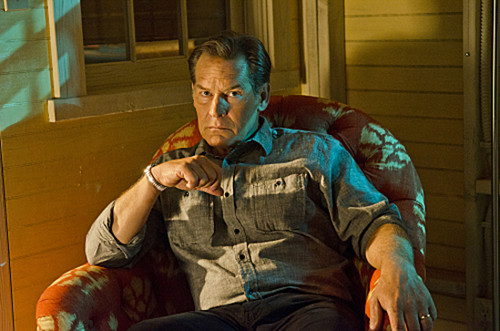 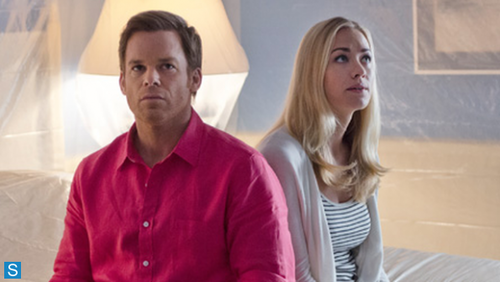 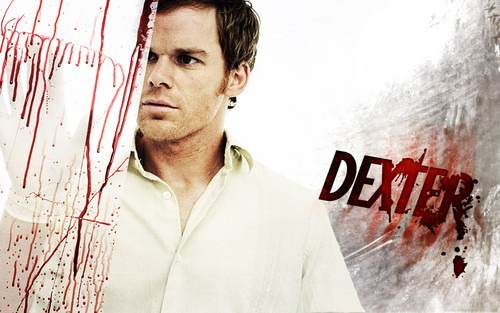 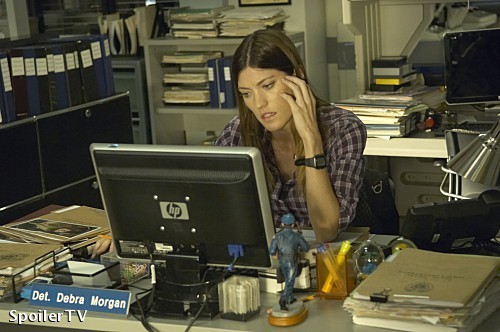 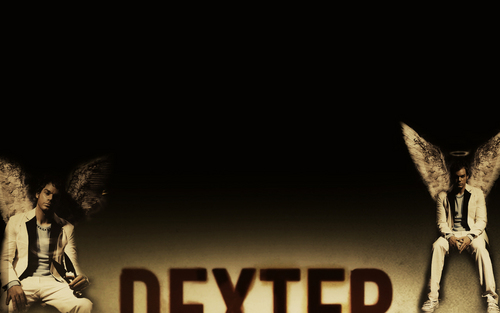 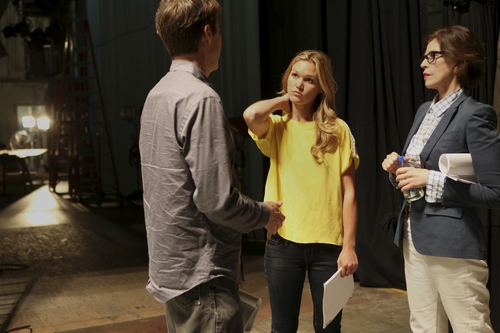 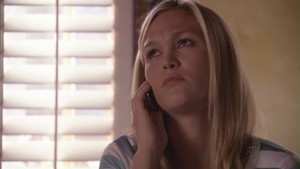 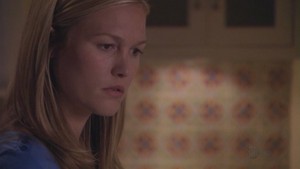 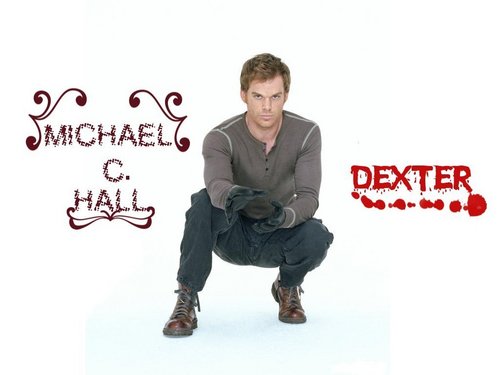