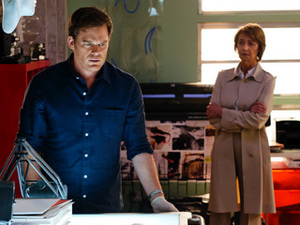 
Argentina, huh? Dexter is going to quit his job at Miami Metro, and run off to Argentina with Hannah and Harrison (after politely giving two weeks notice, of course). But first he's going to risk all of that to kill the brain surgeon, whose identity was finally REALLY revealed, to avenge the murder of his dear longtime friend Zach Hamilton. Hmm.

Here's 11 things we learned on Dexter this week:

1. Dexter loves Hannah! Hannah loves Dexter!: We start with the killers in bed. Dex's butt remains under the covers this time. So do his feet, so we can only hope he eventually removed his green sexy-time socks. Dex tells Hannah he loves her and she says it back. They sound totally bummed, but who are we to doubt their feelings?

2. A real cop is in town: A Deputy U.S. Marshall shows up tracking Hannah. "Lem!" cry fans of The Shield. It would even better if it was Raylan Givens, but he would see through Dex in a heartbeat and end the show abruptly in suspenseful quick-draw contest. But Lem's good too. He acts tougher to fool than the Miami Metro Clown College. Instead of hand-wringing about who to promote like Batista, or struggling with his girlfriend like Quinn, here's a guy who seems... what's that word? Oh yes: Suspicious. He's suspicious of Dex. He's suspicious of Hannah's friend. Hell, he's even suspicious of little Harrison ("What are you drawing kid!? It looks like you're drawing a criminal to me!"). Speaking of--

3. What's going to happen to Harrison? Dex's offspring keeps popping up significantly in every episode. Whether watching Rastamouse or hiding the remote control or painting pictures of his dead mother or retrieving stuffed animals from the trash, Harrison is constantly around and doing stuff. None of it's particularly interesting so far (A reader inevitably comments: "Give it chance, recapper! It's only episode 9!"). But we assume this Harrison stuff is all going somewhere. Somewhere like--

4. Argentina?! With the Marshall in town, Dex says he's going to quit his job to go to Argentina. Okay. With Hannah. Oh-okay. And Harrison. What?! Can we discuss for a moment what a terrible father Dexter is? Serial killer, that's one thing, and kind of a big deal. But now he's going to take his kid to Argentina where they're going to live in hiding with another serial killer? And not because the cops are closing in, but just because he decided 60 seconds ago he's in love with a poisonous hot blonde fugitive? He's going to let Hannah make his child breakfast -- the person who tried to kill his sister with poison partly because she was jealous of Dex's love for her; a person who just a few days before poisoned him and his sister and left him inexplicably on the side of the road?

If you're going to flee Miami, fine, but maybe at least try to pick a place that might be kid-friendly and isn't just your gf's travel dream. And sorry, jamming in a line of dialog like Harrison saying "I wish Hannah could be my mom" doesn't help. He's four, he probably wishes Rastamouse was real and that every meal was Lucky Charms. Not that anybody watching really thinks Dex is going to live happily ever after in Argentina with Hannah and Harrison. I don't know how the series ends, but I'm sure it's not going to end how Dexter tells us it's going to end.

5. Masuka's daughter is status quo: No real update this week. Kept her shirt on, though.

6. Batista gives Deb her job back: Except she's not sure if she wants it back given she's so ethically compromised at this point. Batista gives her a badge anyway and tells her to hold onto it -- just in case she wants to use it to get past the line at a nightclub or something.

7. Hannah is loaded: Hannah's friend held onto her half a million in stolen money by stashing it in her closet. Now somebody might ask (as somebody in the comments did): Why didn't Hannah pick up her half million before she was going to leave on the plane last week? Then you might ask: Why am I looking for logic in a show that no longer has any? So Dex and Hannah pick it up at her friend's place. "I told the kids there were snakes in here so they wouldn't go near it," the friend explains, making me feel a surge of empathy for her kids who go to sleep every night thinking there's a bulging bag of snakes in the closet.

8. Quinn still wants Deb: We pretty much already knew this. "Us working together again, it's nice," Quinn tells her. "It's a lot better than doing background checks for Elway," Deb replies, which is so not a compliment. Quinn suddenly tries to smooch her and she recoils. "Sorry I don't know why I did that," he says, but we do. Meanwhile, Deb proves her invaluable detective skills by realizing Cassie was likely murdered by the most obvious person -- her boyfriend, Oliver. Again, Miami Metro sets the bar low. I can just imagine Batista: "Her wide-eyed creepy new boyfriend killed her!? Why didn't we think of that?"

9. Hannah makes a decent salad: Dex stashes Hannah and Deb's house for an awkward though vaguely romantic dinner, complete with light jazz background music. "How can I go back?," Deb moans. "My brother's a serial killer and I have another one hiding out at my house eating salad" -- best line of the episode.

10. The brain surgeon is revealed (again!): While he was being murdered, Zach left a gross glob of the murderer's hair under a table for Dexter to find. That was nice of him. Dex runs the data and finds it belongs to a relative of Dr. Vogel's. "I have no family, not anymore," Vogel says, confused --- UNLESS you count her highly intelligent psychopathic killer son whose psychiatric ward burned down and whose body was burned beyond recognition that she's never mentioned before. Oh yeah, that family member! He's still alive. This is almost as good as her forgetting about Yates -- Oh, the psychotic killer from my past who had brain surgery? That one?

Dex uses aging software that shows what Vogel's child will look like if they're older. And, sure enough, Vogel's kid looks like Cassie's moose-beer-loving boyfriend. So he gets some of Oliver's DNA and--

11. Dexter wants to kill the brain surgeon but Dr. Vogel doesn't want him to. Dex tells Dr. Frankenstein that her son is alive (He's alive!). They need to send a message to him, but how? They decide to have Vogel write a message that she's going to a diner in her journal on her computer on their assumption that Oliver has hacked her computer and will then read the message and decide to meet her there...

I know. You either buy that, or it sticks in your throat like trying to dry swallow a pizza box.

So Vogel wants to treat her son and make him better, not kill him. "I'm not going to let you kill him Dexter, I'm sorry," she says. So Dex poisons her with one of Hannah's gentle sleepy toxins and goes to catch Oliver solo.

At the diner, Oliver plays his favorite tune on jukebox while he waits for Vogel, who of course is not going to show up. Dex tells us in voiceover he planned to follow Oliver back to his place and needle-jab him. But instead of hiding in his car waiting for him to come back out, Dex stands against the diner's glass window in broad daylight staring right at Oliver for a half hour. Then we're told Oliver somehow spotted Dexter. He's just that smart, this brain surgeon.

So Oliver gets away, and Dex goes back and meets a peeved Vogel. Dex again insists he's going to kill the brain surgeon and then again says he's going to Argentina with Hannah and Harrison. "That won't end well," Vogel says, echoing our thoughts.

Then we find, not-so-surprisingly, that Vogel was hiding Oliver in the other room. So, mother and son are now reunited.

-- Why is Dex so insistent on risking everything by going to war with Vogel and Oliver before he leaves? Dex practically killed Zach twice himself! This Argentina thread makes Zach's radical personality makeover last week make more sense, in a behind-the-scenes way, because it's like the show's writers realized they needed to give Dex a motive to stick around and kill the brain surgeon rather than take off so they decided at the very last minute to make Zach more likable right before he died. You know what would have given Dex a motive? If the brain surgeon had killed anybody meaningful on this show. That would be a motive, that would give this story some juice. But I'm starting to get the feeling the core cast isn't going anywhere (aside from, potentially, Dex and Harrison), with the whole spin-off idea brewing.

-- Speaking of motives, what was the brain surgeon's motive for his insanely elaborate kill spree? If he didn't want his mom dead, why did he presumably send rage-y foot fetishist Yates after her? Please tell me he didn't simply want what was suggested this week -- his mom's attention. That's all too familiar, it's the same reason we were given for Hannah drugging Dex and leaving him by the side of the road. You can't just have a bunch of dramatic stuff happen in a show and then shrug it off with "he/she wanted attention." Maybe we'll find out Oliver's motive next week.

-- Has there ever been so much poisoning in one season? Between Dex and Hannah, everybody is getting knocked out. It's like one of those 1970s shows where the hero would just casually bludgeon bad guys to render them unconscious, before viewers got wise to the fact that whacking somebody in the head or neck with a hard object typically results in side effects like death. 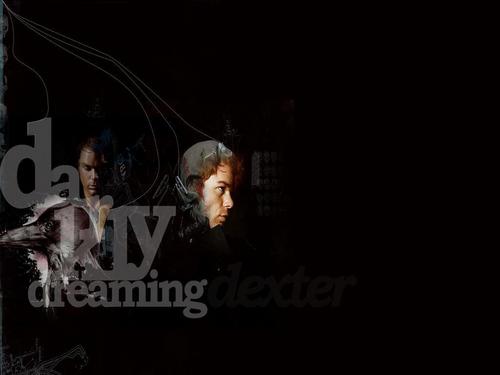 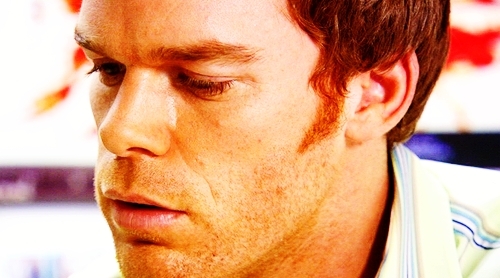 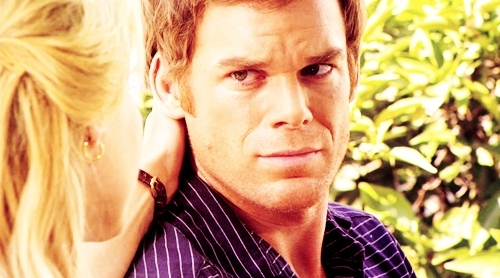 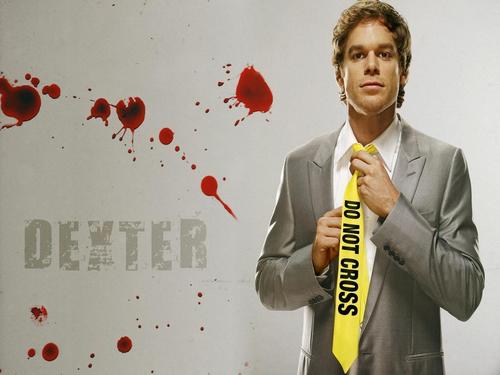 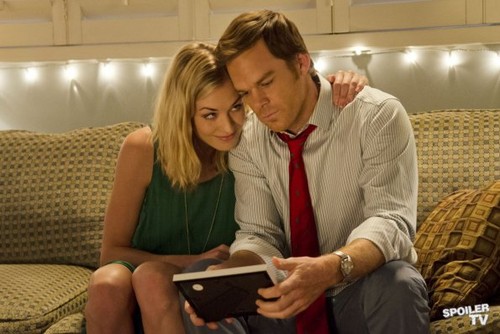 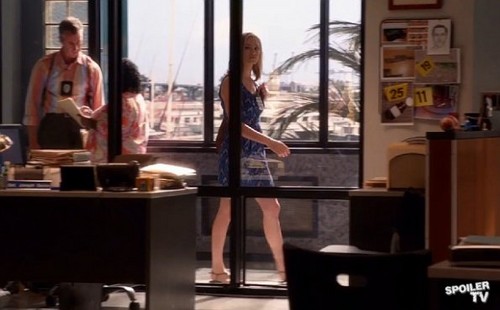 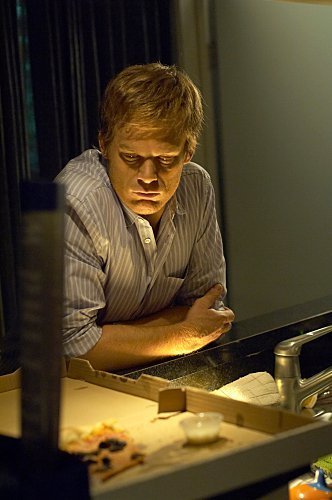 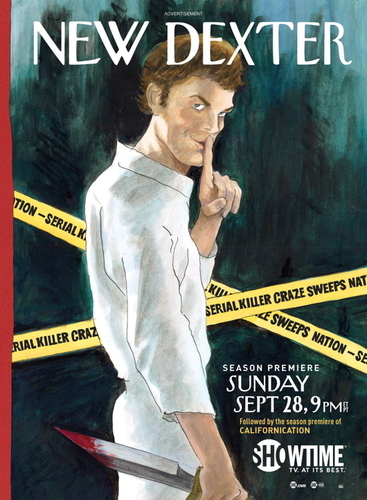 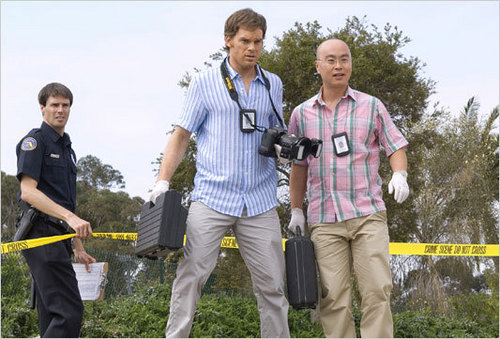 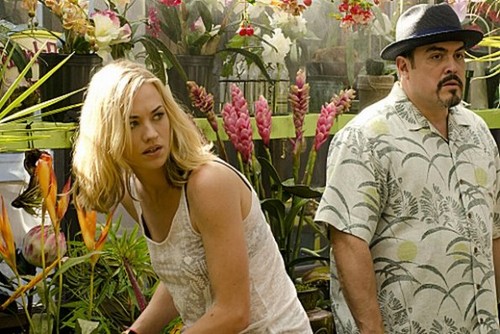 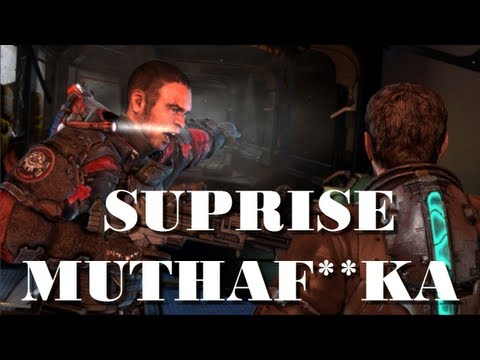 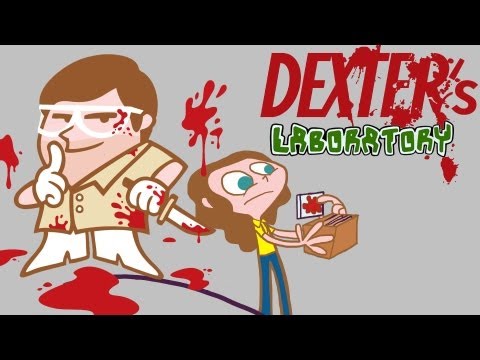 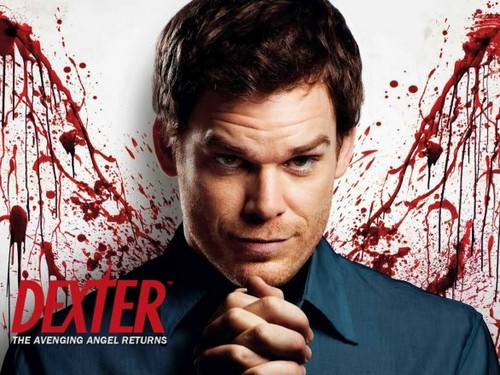 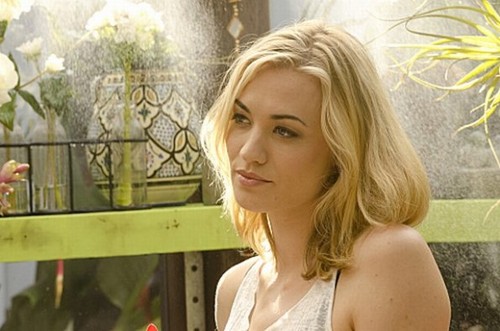