1
Ginger Strikes! Chapter one meet everyone!
posted by GingerxMandark
Hi everyone im Ging and this is my first ever article!


first let me just say a few things and couples I like!

and my characters I'll be adding are:

it begins in dexter's lab when a suddenly Buttercup,Blossom,and Bubbles come crashing through the roof.

BLOSSOM:Buttercup look what you did you crashed right through the window!apologize!

BUTTERCUP:no ways this is the nerd I used to dunk in a toilet every week in k-5!


BLOSSOM:...Dexter is that really you?

Then Buttercup curls her tongue out.

DEXTER:Thats okay would you like to see my newest inventions?

BLOSSOM:I would love to but my cousin is supposed to stay for the weekend.


BLOSSOM:Ginger you stupid why did you crash through Dexter's roof?!

GINGER:Well I had nothing else to do.

BLOSSOM:Whatever...come on Ginger why the heck are you here on a Friday..I mean the Professor told me that you were coming on Saturday!

GINGER:Well...uncle professor needed time to catch up with my dad.


DEXTER:Well now that my transporter is finished you can transport her back to weirdo land....

A spotted cat came out of the transporter.

Then Mandark bursts in.


MANDARK:give up my beloved deede,Dexter or suffer the rath of the all powerful Mandark haha-ha-haha-ha-hahaha-ha!


GINGER:What?!dorks rule I said it like five minuets ago!

MANDARK:Mandark the destroyer of show off's the blackness in the dark the red in blood!

GINGER:Okay then..(blushes)...um...why do you want to beat up Dexter?I mean you guys have a lot in common.


MANDARK:Whatever I have better things to do then try destroying Dexter I have to get out of my hippie filled family reunion....wait...Hey I didn't catch your name.


MANDARK:You think you could come to the library with me I mean I need a way to get out of hippies...(blushes)

GINGER:So this is the Megaville library it looks nothing like the one in Farmsville...you have no idea how hard it is to be surrounded by nature freaks!

MANDARK:Oh I have a good idea...


Then Ginger grabs a book on surviving.


Mandark grabs a book entitled: "How to Survive a Hippie Family Reunion!!!"


Then it goes back to the girls and Dexter.


2 B CONTINUED
fishypup likes this
GingerxMandark what do ya think?
misty13569 loved it!!!! 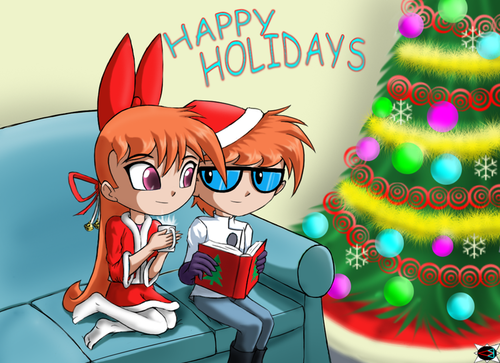 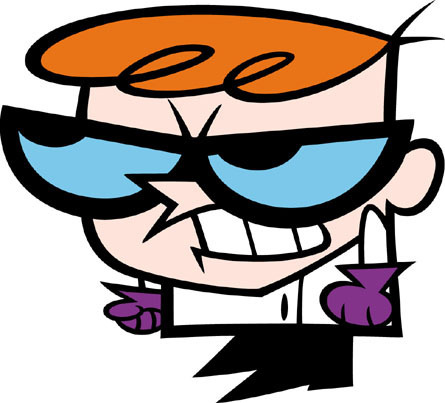 1
Scare Tactics
added by 14enbee
Dexter and Dad watch a late night horror movie, and spend a scary night in there house.
video 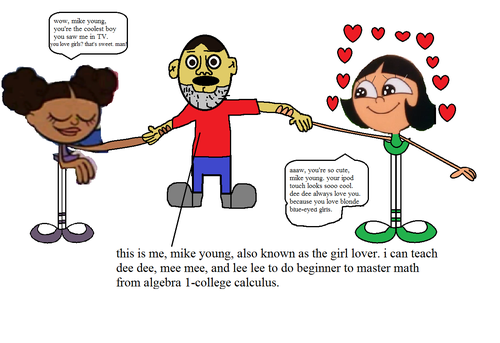 me and mee mee and lee lee
added by yahooboy2
Source: mike young 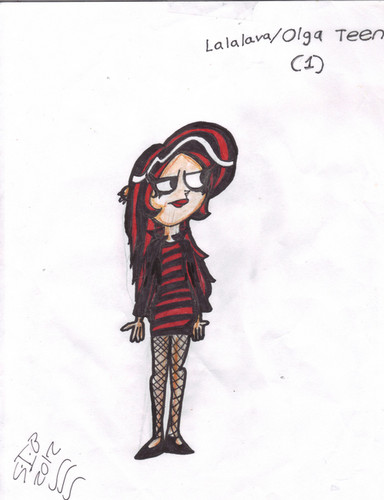 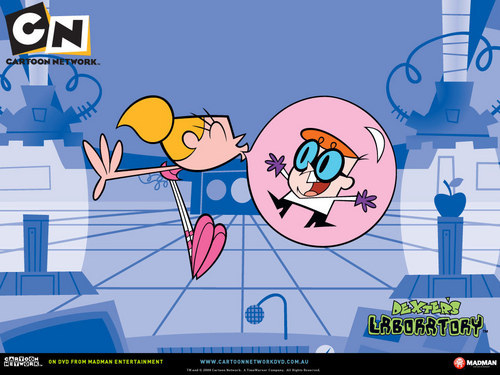 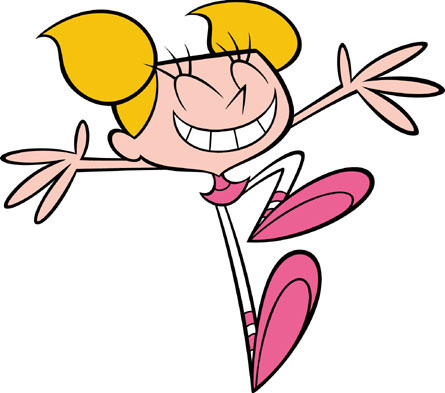 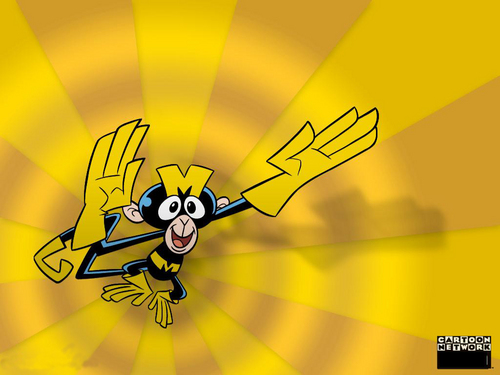 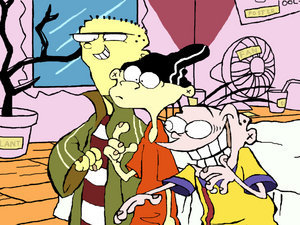 the story begins with Dexter working on his time machine to make him go anywhere in the universe until all the sudden his sister dee dee comes and says HI DEXTER!! dexter: dee dee you scared me like that! and what do you want? dee dee: i just want to know what that's stupid thing you made huh? just to let you know stupid sister this is a time machine i built to let you go anywhere in the universe and visit places so this is it so the portal will let us see what it's like in other places.
hmmm.. how about we go to Peach Creek to Meet Ed Edd n Eddy! okay computer send me and dee dee to the location...
continue reading... 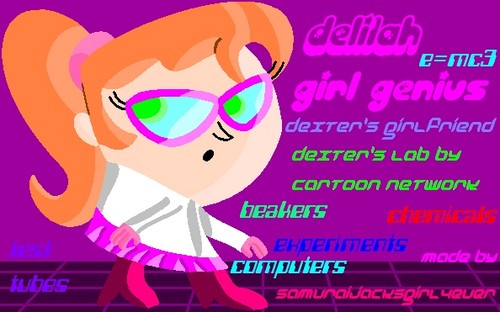 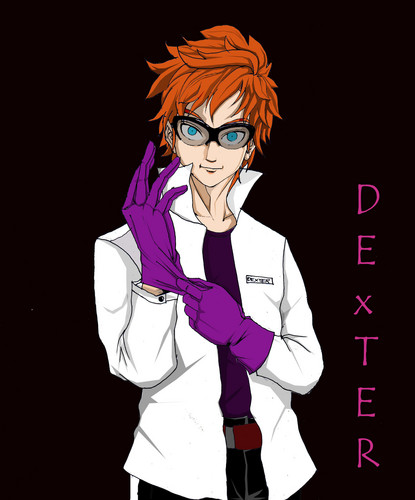 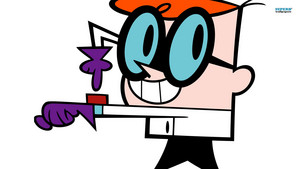 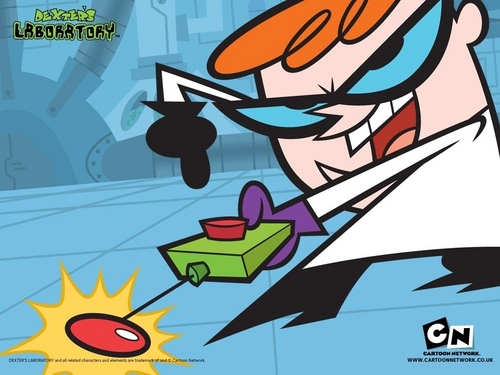 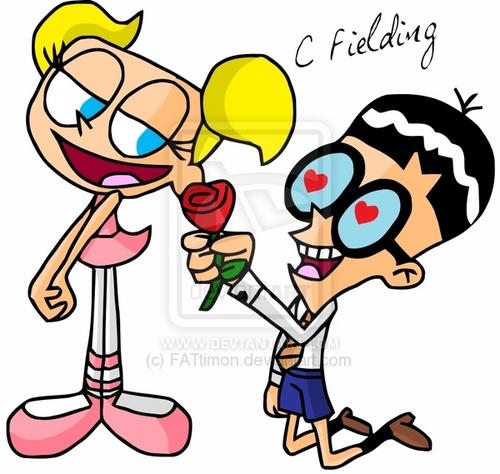